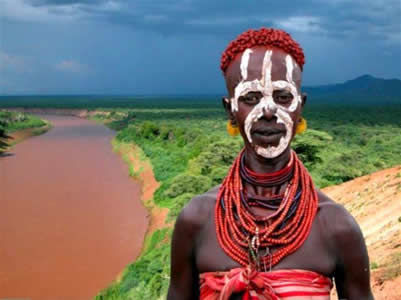 The following itinerary is based on the market days at different tribal village towns. So that it gives you a chance to visit as many markets and tribes as possible.Duration: 9 days/8 nightsCar: 4x4 VehicleDestination: Omo Valley

Ethiopia is a land of discovery. Whether you are heading out to experience its culture, to dwell in its dramatic landscapes, drink the sinful coffee, explore the historic ruins or mingle with some of Africa's most fascinating tribes, it is a journey to be remembered. Considered to be Africa's gem, Ethiopia offers a plethora of activities ranging from mountain adventures to visiting tombs and 17th century castles. The country's immense diversity encompasses soaring rugged mountains, roaring giant rivers, undulating plains and sharp cliffs. The central highlands and the lowlands of the east and the south deserve a special mention as major landmarks.

A culture tour of Ethiopia is literally going back in time. Ethiopia is also called the Cradle of Life, since this is one of the oldest locations where human life (Homo Sapiens) evolved and later set out for the Middle East and the rest of the world. Some tribes here still follow customs and rituals that are around 1000 years old. The 3.5 million years old remains of ‘Lucy’ (Australopithecus Afarensis) and the older (4.4 million years) fossil of the Homo Ramides make Ethiopia one of the earliest inhabited places in the world. Similarly, the earliest hand tools discovered here make it the origin of modern technology. The diverse culture manifests itself in the various languages, throbbing music, attractive hairdos, and friendly attitudes of the people. As a cultural mosaic Ethiopia is a multi ethnic state. There is a bounty of fascinating costumes, color ceremonies and celebrations, arts, crafts, music and dance that distinguish Ethiopia from Africa.

What makes Ethiopia even more fascinating is that its culture has no influences of the European countries, like many of the other African countries do. While the western powers were dividing the continent among themselves, Ethiopia was the only country that was succesful in fighting away the Europeans and maintaining its sovereignty. Ethiopia is the second most populous country in Africa and is multi-lingual with around 80 ethnic groups residing within its borders. The largest ones being Omoro and Amhara. It has the most number of UNESCO Heritage sites in Africa.

Ethiopia is blessed with a lot of beauty. But, most of all what is highly relevant to travelers here is its culture that precedes many old cultures of the world. Culturally, there is much to witness and I have done my best to put it all in this tour.

The following itinerary is based on the market days at different tribal village towns. So that it gives you a chance to visit as many markets and tribes as much as possible.

Day 1The culture tour begins in the Ethiopian capital. We spend the day exploring Addis Ababa beginning with a visit to the National Museum, one of the most important sub- Saharan museums in all of Africa. The museum is home to the fossilized humanoid Lucy, as well as an amazing collection of art facts, royal items and art. Then we head over to the Ethnological Museum, which was the former palace of Haile Selassie. Also on the list is St. George Cathedral, built in 1896 by Emperor Menelik and the Holy Trinity Cathedral. Holy Trinity Cathedral is the largest Orthodox Church in Ethiopia and has survived through many historical periods, as its interesting architecture can attest to. The Cathedral contains the thrones and the tombs of the emperor and some of the royal family. We will also visit Merkato, the largest open air market in Africa. 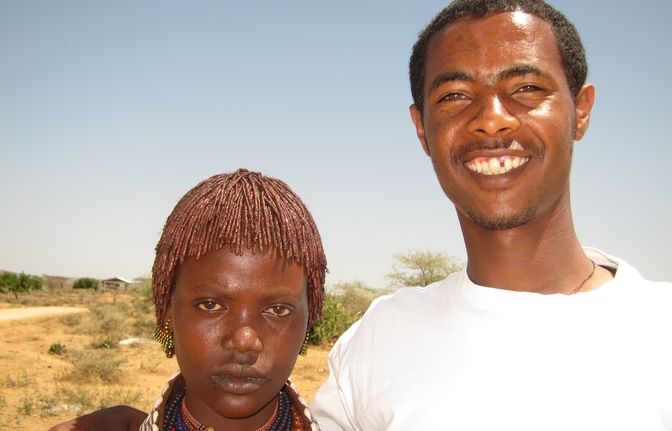 Day 2From the capital of Addis Ababa, we drive to the lovely town of Arba Minch. This place is situated at the base of the Great Rift valleys and is covered with natural springs. In fact, it is so abundant in springs that it gives rise to a groundwater forest. Arba Minch is a lake town perfect for witnessing beautiful sunsets. It is often filled with tourists (one of the popular tourist destinations) and is a lot warmer since it falls in the South. Lake Abaya and Lake Chamo are two major lakes to explore here. Apart from its natural beauty, it is a great place to interact with the locals. Arba Minch is substantially populous and a tourist hotspot. The locals are always pleased to interact with the tourists and vice versa. A visit to Arba Minch also includes the Melka Kunture archeological site and Tiya heritage site to admire the crudely fashioned stone monoliths, that some believe to be ancient grave marks. 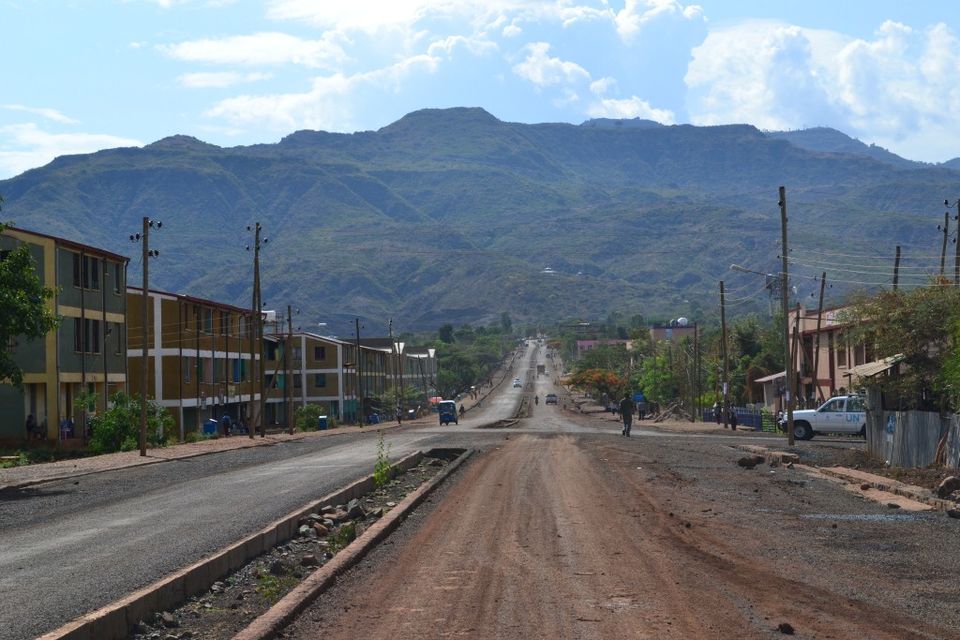 Day 2Ethiopia has a total of 11 national parks. Nechisar National Park is where your experience of the Savanna begins. Gazelles, Zebras and Crocodiles are a common sight here. The National Park also houses a number of endangered and endemic species. Some 70 species of mammals and 350 species of birds are found here. Africa is known for its wildlife and Nechisar gives you a peek into it. The name Nechisar means white grass, and is derived from the Nechisar Plain which lies within the park boundary to the East of the lakes. The spectacular "Bridge Of God" also lies here, which is essentially an isthmus between Lake Abaya and Lake Chamo. In the park you will see the endemic Swayne Hartebeest, Burchell Zebras, Lesser and Greater Kudus, Grant and Thomson Gazelles and birds like the Abyssinian Ground Hornbill, Kori Bustard, Secretary bird and Lesser Kestrel. 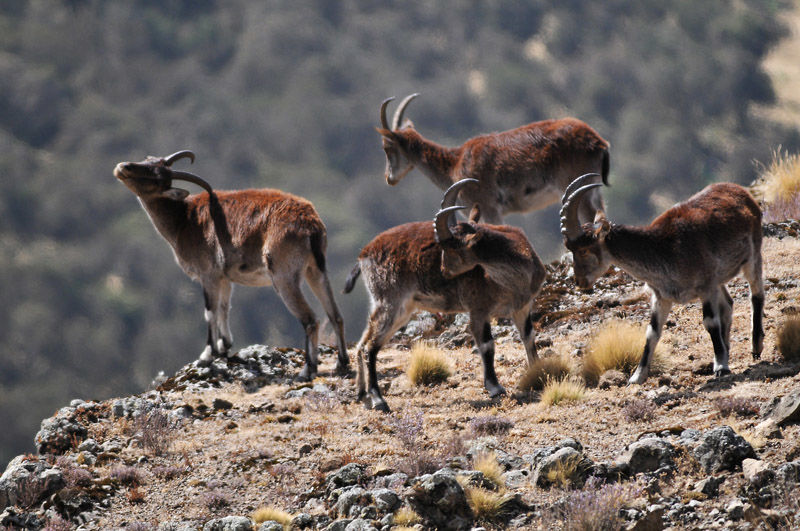 Day 3Known for its massive Crocodile population, Lake Chamo is situated on the northern end of the Nechisar National Park. With its volcanically formed islands, the lake supports substantial numbers of Hippos and Crocodiles. Fringed with wetlands, a number of birds and wildlife are found here. We can take one of the local boats around the lakes and see some huge Crocodiles chilling in the sun! It is a bit expensive, but worth the money. Later, we drive to Chencha a Dorze village to admire their cultural weaving and houses made from Bamboo and Enset leaves. 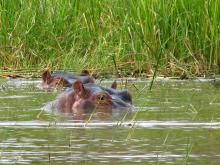 Day 4We move further south to the town of Jinka to visit the Konso villages, known for their traditional cluster house style, ritual sites, grave mark Totem (known as Waka), and traditional terrace farming. Our next stop will be Key Afer where you will be able to join in the local weekly Banna and Tsamay market, a very colorful market that attracts neighboring tribes in the region - the Aris from Jinka, the Tsamay from Weyto and the Hamars from Dimeka. Visiting this market will allow you to compare the dressing patterns, ornamentation techniques etc. of the various tribes in the area. 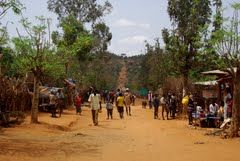 Day 5Returning to the wild side, Mago has a National Park that breeds various flora and fauna. It is covered with rivulets, lakes and wetlands. Also, 9% of the park is covered with Savanna Grasslands. The park is inhabited by the Mursi tribe, famous and often photographed for their lip plates, made of clay, inserted in the lower lips of the women. A part of this park serves as hunting grounds for this tribe. You can cross the Omo river in the South to visit the Omo National Park. From there we head towards the Ethnographic Museum that gives a good overview of the Omo Valley people culture and way of life. 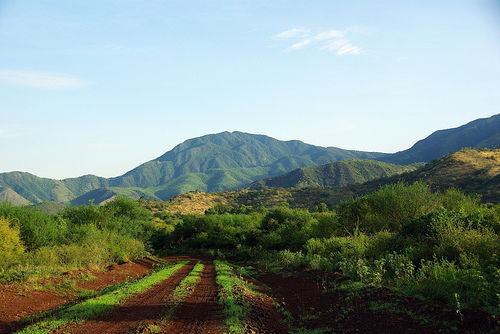 Day 6We drive further South Towards Turmi and making a quick stop on the way at Dimeka. A great place to collect some tribal handicrafts, the Demeka market has some of the region's finest artistry. The various tribes here (Benana and Karo holding the majority) will enrich your route with tradition and culture. The other tribes here are Dus, Korcho, Hamer and Geleb. Demeka is well-known for its greenery and beautiful landscapes. The highlight of this stop is the Saturday market which attracts neighboring tribes from the area like Hammer, Karo and sometimes Dassanech and a hosts a beautiful display of tribal handicrafts. 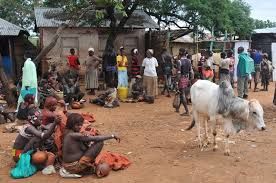 Day 7Turmi is a much more developed town compared to Arba Minch. It is a market town, with local sellers displaying their products every Monday. The population is a mix of various ethnic groups with the Amharas and the Hamers taking the lead. Due to the ethnic culture, Turmi is popular for its traditional dance forms that are peculiar of native Africans. The people here are quite friendly and it's a good spot for learning about the local culture. An interesting ritual in this region is Bull-jumping. Bull-jumping is a coming-of-age rite - the prospective jumper has to do this in front of all his relatives to prove his manhood and qualify for marriage. Before the ceremony begins, there is a local dance that is done to celebrate the event. Later, we drive to Karo to visit the tribes and their village, very known by their body paintings & scarification. 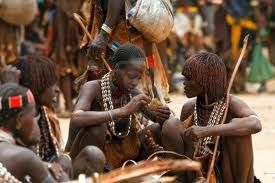 Day 8On our way back to Arba Minch, a necessary step is the cluster of Erbore villages. The Erbore tribe is much smaller in number compared to the others but are known for their colorful necklaces and traditional dances. We spend some time interacting with the natives before heading back on our way to Arba Minch. 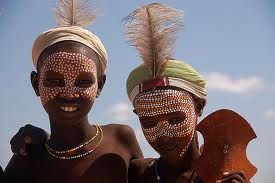 Day 9We drive from Arba Minch to Addis Ababa through the beautiful landscape of the Great Rift Valley lakes. We'll get together one last time to celebrate our trip with a farewell dinner before saying our goodbyes. 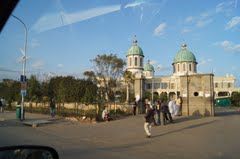