China Travel GuideChina TripsEver Wondered What An Ancient Chinese Village Looks Like? Of Course You Have!

Ever Wondered What an Ancient Chinese Village Looks Like? Of Course You Have! 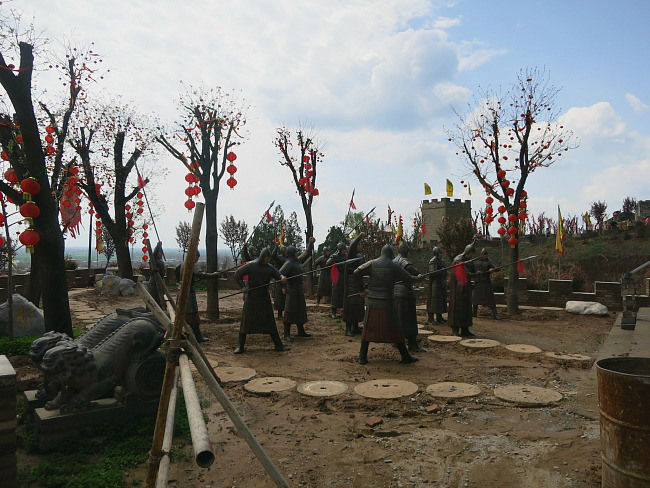 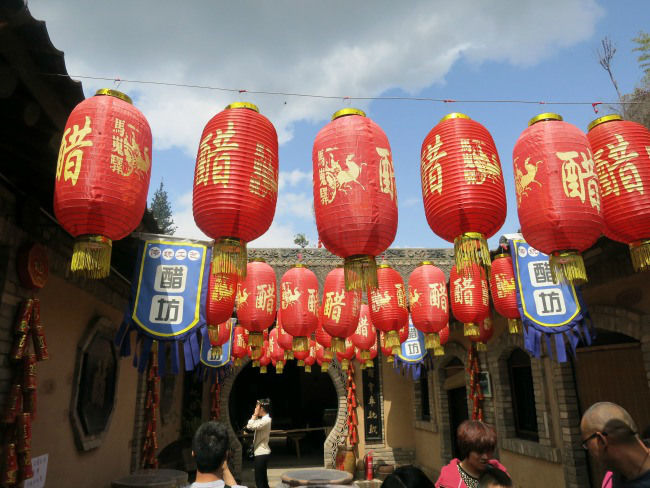 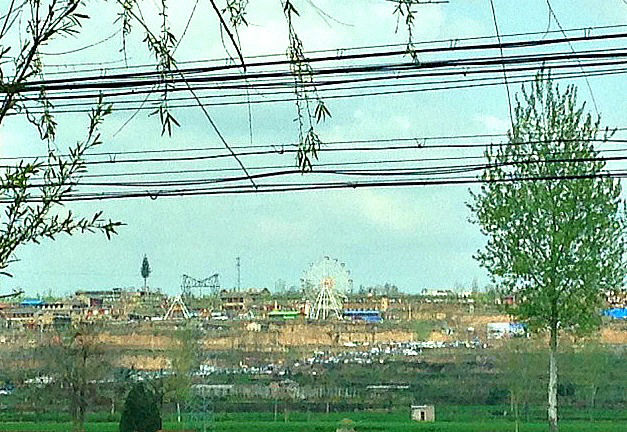 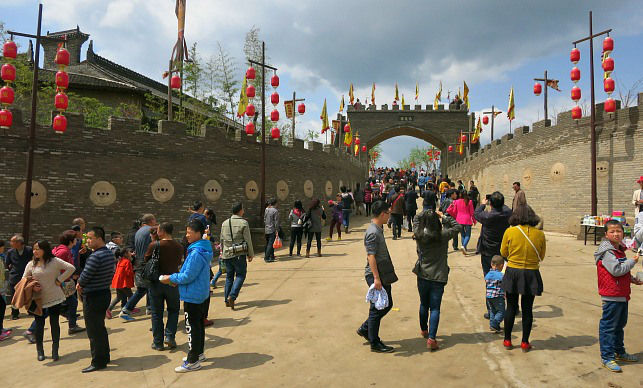 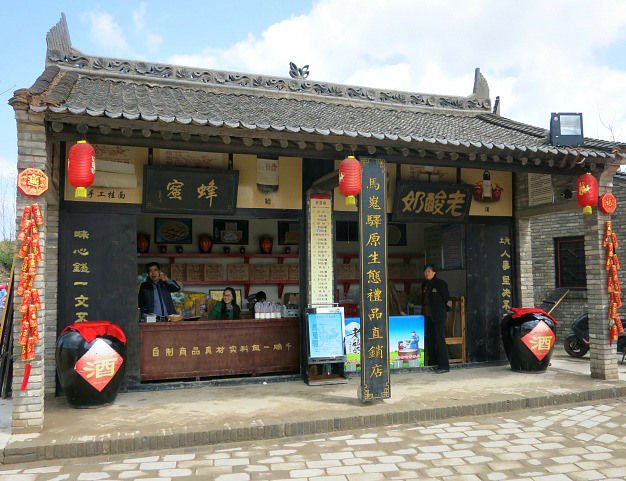 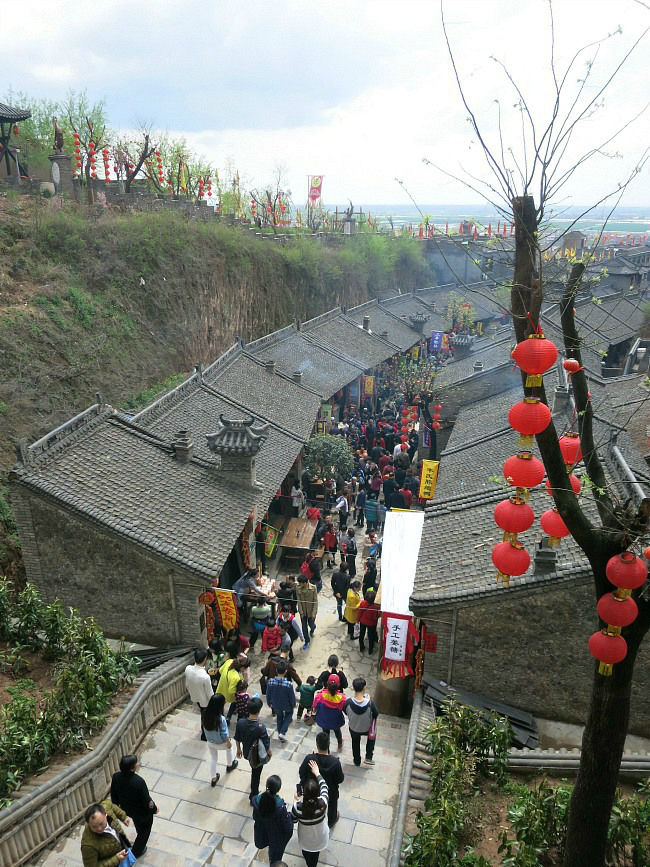 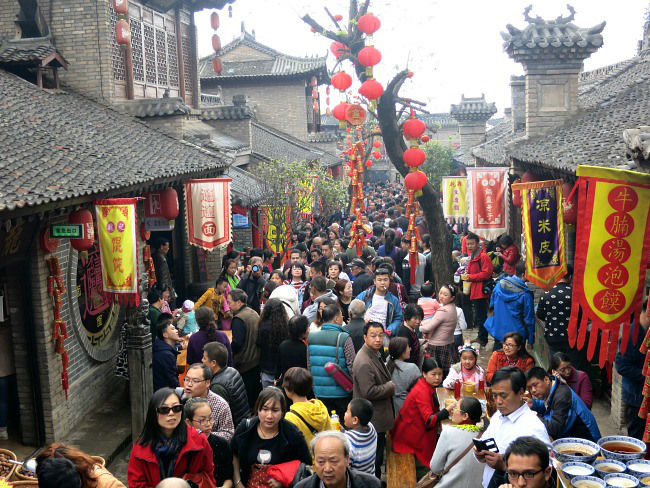 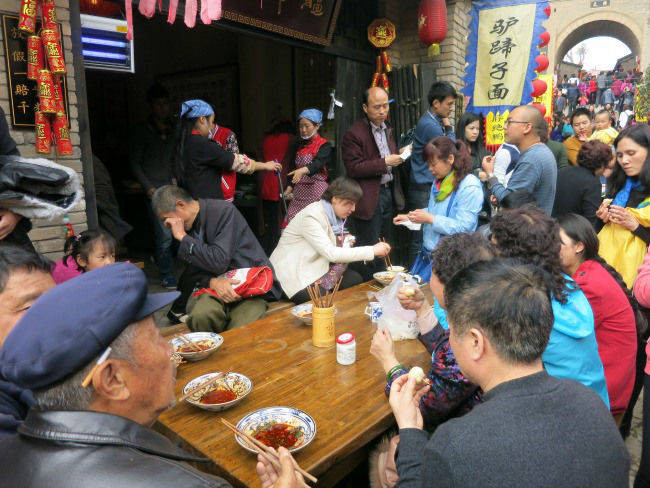 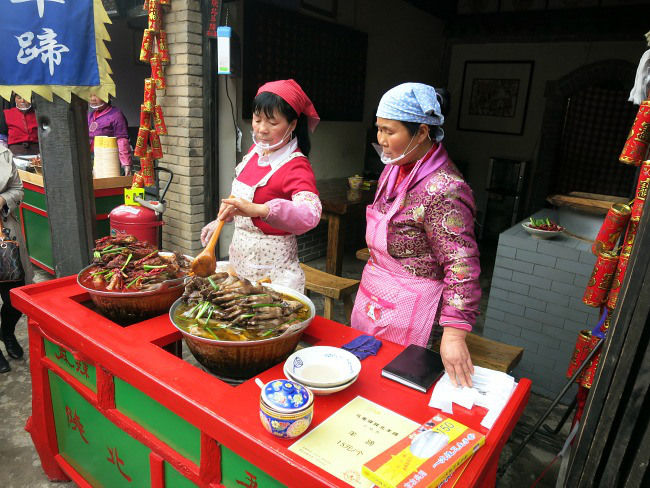 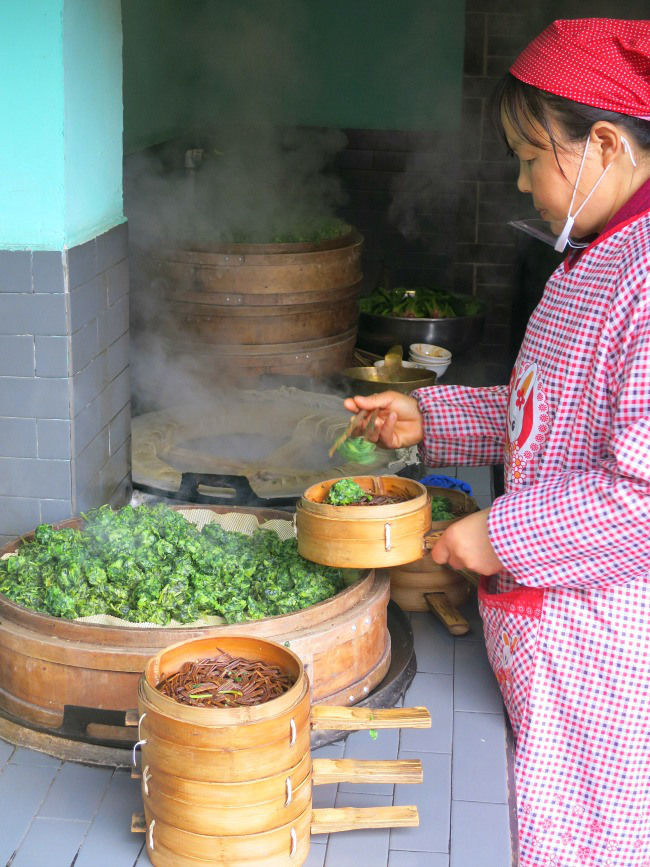 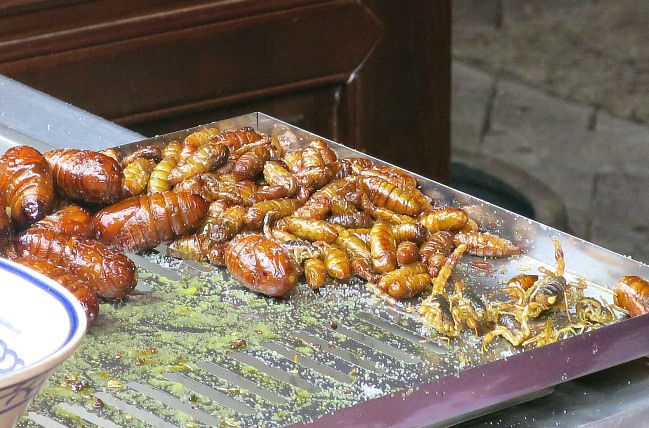 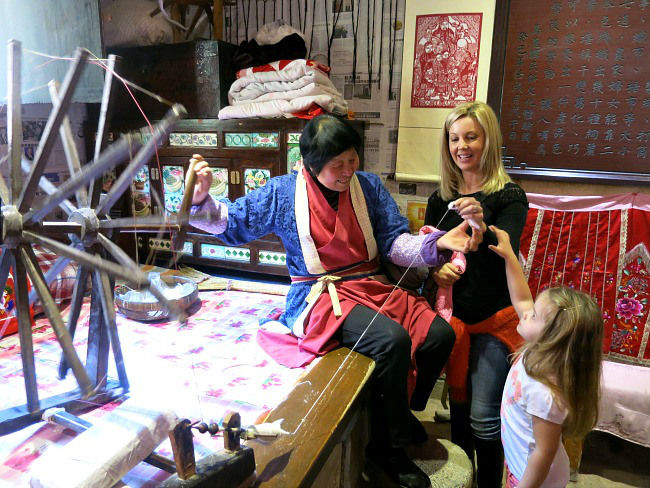 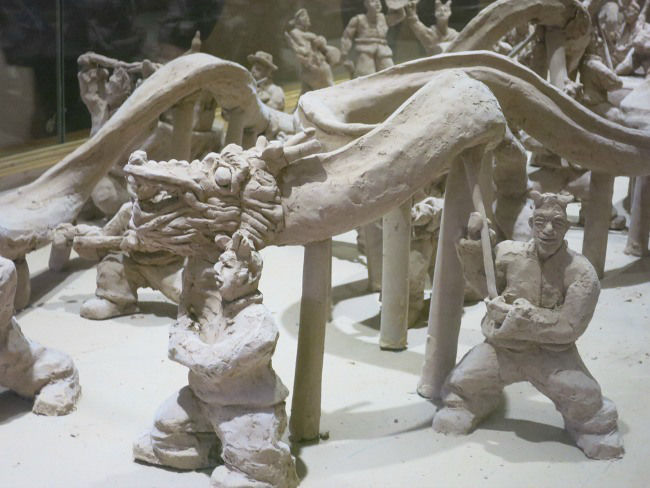 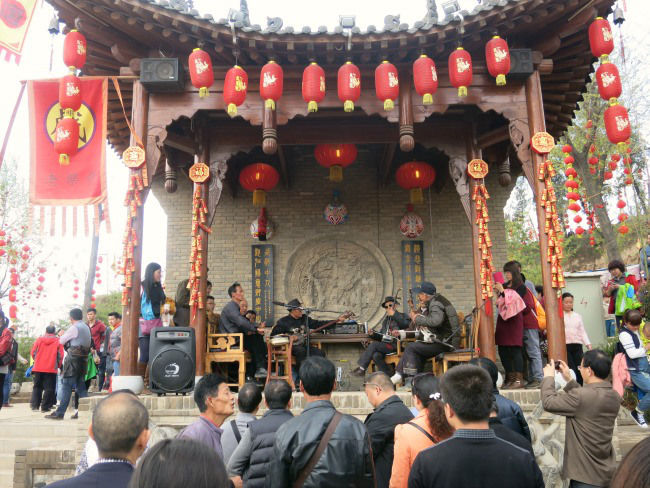 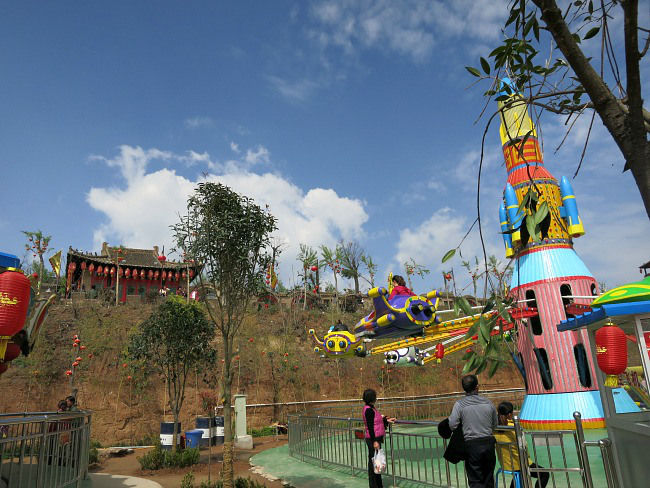 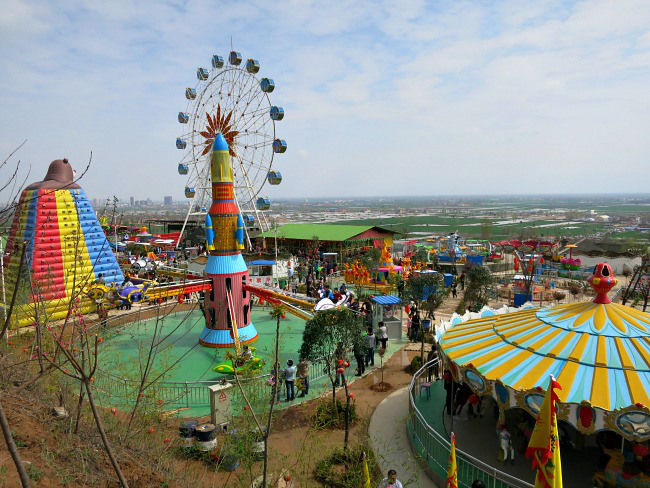 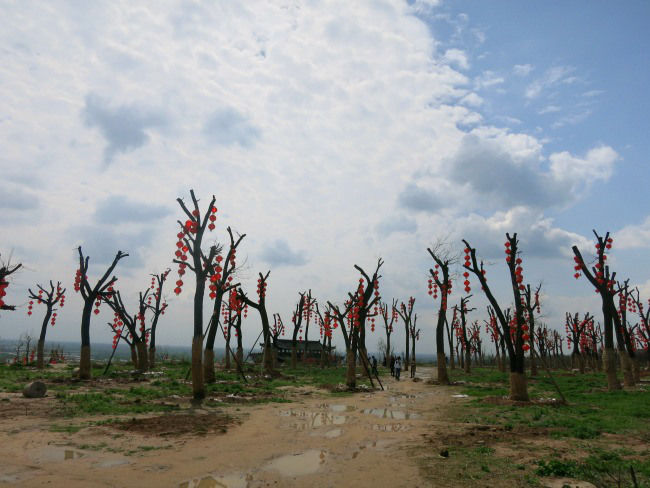 I’ve been trying to get out of the city for a sneak peek into a local Chinese village since we got here, seven months ago.  There’s nothing quite like getting up close and personal with the locals in a new country. I like to get amongst it and smell the noodles roses.  Mind you, here in Xi’an,  you need to pick a day when you’re up for the paparazzi to well and truly ‘pap you! If you’re feeling like a quiet, inconspicuous day with the family, this is not the time or place to do it. Trust me.

With two ‘blondies’ in the family, clearly we are not going to fly under the radar, no matter how hard we try. To many locals, we are fair dinkum aliens with our pale skin, light wavy hair and ‘big’ noses! (Who said that!) So with some inside advice up our sleeves, we were told there was a good village to see just outside the city. About an hour’s drive they said. (Clearly not taking into account one of the biggest festivals of the year Tomb Sweeping Day.)  Not to be dissuaded we got in the car with about 50-thousand other locals that dayand made our way through the dense traffic to Ma Wei Yi village.

As we sped along highways, slowed down through small towns and emerged in what looked to be the Chinese countryside, I had no idea what we were in for. (Our driver for the day spoke zero English, so he couldn’t enlighten us too much.)  “Are we there yet, are we there yet?” The small but shrill voice beside me, rang out.  The gap between cars was getting closer and given the unusual rain in Xi’an, the roads were pretty muddy and sloshy….drivers were getting stuck, left right and centre! Just quietly, it was quite amusing to watch. As we know, in Xi’an getting a driver’s license is not exactly a brain-taxing affair and with the greatest respect, the driving is a little on the chaotic side.

I looked up in the distance and saw…..much to my surprise, a Ferris Wheel. Let’s be clear, it was no London Eye. But yes a giant, random Ferris Wheel…perched at the top of the hill, seemingly in the middle of nowhere. Possibly a sign that humanity is close by? Cars were queuing by now….and the sole dirt road appeared to lead directly to the top of the hill. We decided our best bet was to get out and walk. (After hastily scrambling around for the word ‘walk’ to communicate our intentions to the driver we jumped out gesturing to meet back at the same spot in a couple of hours). Wishing I’d bought my new gumboots, we trudged up the hill, through the mud with hundreds of others….and this is where the fun begins.

People all around us were having a good look at the ‘waiguo ren’ (foreigners) …some were slyly running ahead of us to snap a not so sneaky picture. People boldly reaching out to give Ava’s blonde locks a little tug.  We passed little stalls with fairy wings, fancy balloons and whaddyaknow….fresh eggs. Once at the top, this Tudor-like entrance, Chinese style.Still not quite sure what to expect from this ‘village’….we followed the mammoth crowds.A little closer and we came face to face with the ‘village’ – a carpet of old oriental rooftops, flanking a long narrow alley stretched out before us.We ventured down the steep stairway, trying not to get pushed by the crowds…. and entered the village vortex. A hive of heaving bodies, all meandering through the old cobble stone streets amid a wash of brightly coloured lanterns and flags. The scene was for all intents and purposes like stepping back in time…(with some modern day crowd surfing for good measure!)

Tiny kitchens and food stalls selling authentic Chinese food, were at every turn. Some had long bench tables outside, all filled to capacity with hungry locals, fervently slurping noodles and sipping soup, like there was no tomorrow. This is not quite the village I was imagining, but it was definitely full of fascinating flavours and colours.Tempted to ‘people watch’ for hours, if it wasn’t quite so hazardous to stop and become the tourist attraction ourselves. Inside the little huts, ladies were weaving mats in traditional style and little pocket-sized museums were laden with ancient relics, even furniture. (Of course I’m not crafty at the best of times and to the elderly lady’s dismay, broke the piece of cotton!)

Out of the alley way and into a clearing….packed with more bodies roaming around on a sunny day …. there was the unmistakeable sound of a band on a stage…. Although perhaps not quite the bands we’re used to. It sounded a little like a cat scratching a tin roof….a little closer and it wasn’t not quite so bad…. the acoustics clearly lost on the ramshackle equipment. For your entertaining pleasure…I bring you this video!

Then…..if that wasn’t bizarre enough, amidst the high-pitched ‘performance’, ancient rooftops, red lanterns and ancient rituals – a random, brightly colored theme park! It was like stumbling across something from a long lost era. The rides a little on the vintage side. But of course my 4 year old’s face lit up. This is far more exciting than being squashed like sardines in a long forgotten Chinese food fair. My senses assaulted with a seventies throwback – the scene like something out of an old American movie intertwined with a backdrop from ‘Breaking Bad.’ I later find out this is not in fact an ancient village but a work in progress.  A tourist haven built with a purpose. (The half constructed traditional Chinese-style huts kind of gave it away.)

51.8 million yuan has been invested into recreating an ancient inn culture in the shape of Ma Wei Folk Culture Village. The idea is to give locals and tourists the feeling they’re stepping back in time ….to a place people populated around a thousand years ago. And while I’m not sure the kitschy theme park compliments this idea, it will definitely give you a taste of a bygone era.

This trip was originally published on Mint Mocha Musings.