Istanbul Travel GuideIstanbul TripsExcuse Me, There’S Some Chicken In My Pudding

Excuse me, there’s some chicken in my pudding

Okay, I knew there was chicken in my pudding. That’s why I ordered it.

That and because it’s a delicacy in Turkish cuisine. Right up there on the list of top Turkish culinary delights, along with the doner kebabs and the Turkish delight, is the chicken pudding, or Tavuk göğsü as it is natively called.

Yes, it’s pudding. And it’s made out of chicken. 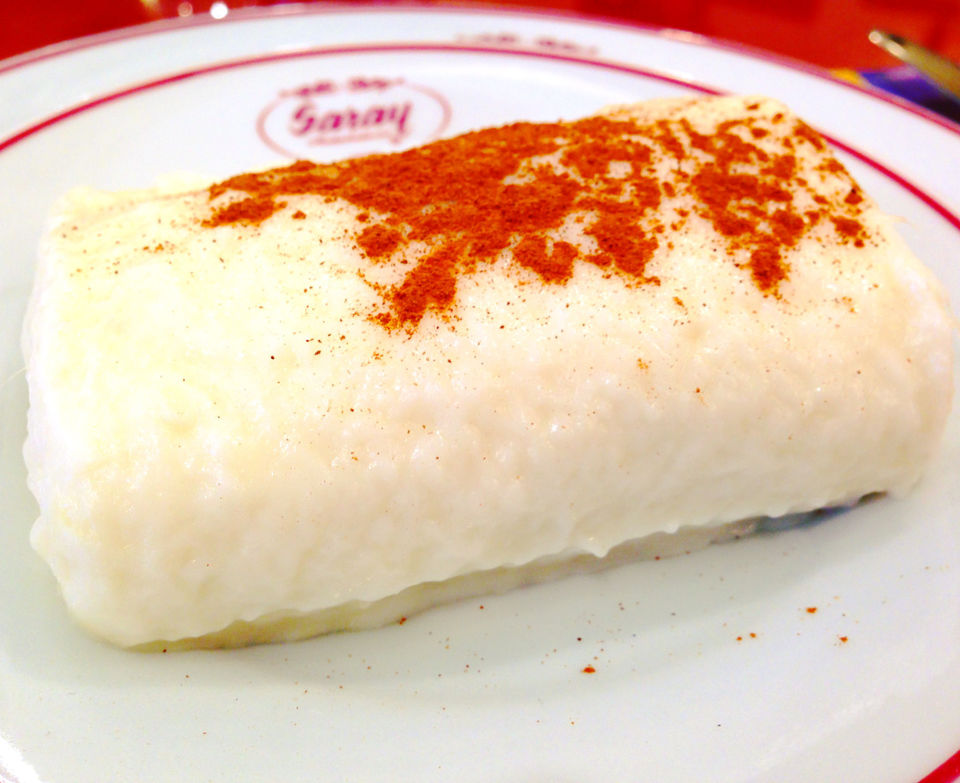 Just like other puddings, it has milk and sugar. It also has, if I’m not mistaken, rice flour which acts as a thickening agent. But the star ingredient, the leading lady, the prima donna of this dessert is a boiled, shredded chicken breast.

I don’t know about you, but for me, this was a pretty weird dessert to learn about. Here in India, the sweets are numerous in variety including some with an unconventional ingredient or two (Bottle gourd halwa anybody?). Also, depending on which part of India you are in, sweets can be a starter, main course or a dessert. Yet, I’d never come across a dessert that was made out of what would generally be a main course.

All the more reason to try it on my visit to Istanbul.

Is it for the adventurous? Yes, but only in terms of gathering the will to actually order and eat it. Now I’m nowhere close to being a judge on television’s top culinary competition but in my opinion, you don’t need an acquired taste to eat chicken pudding. It’s sweet, gelatinous in consistency, slightly fibrous in texture and with that sprinkling of cinnamon on top, it tastes pretty good. I would even go as far as to use the word yum.