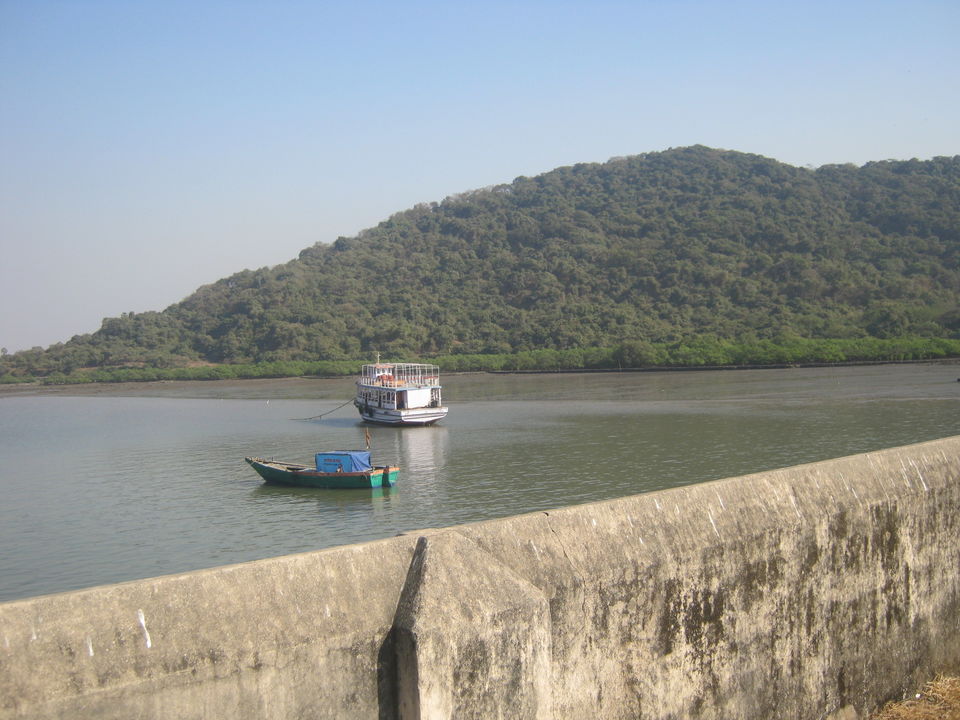 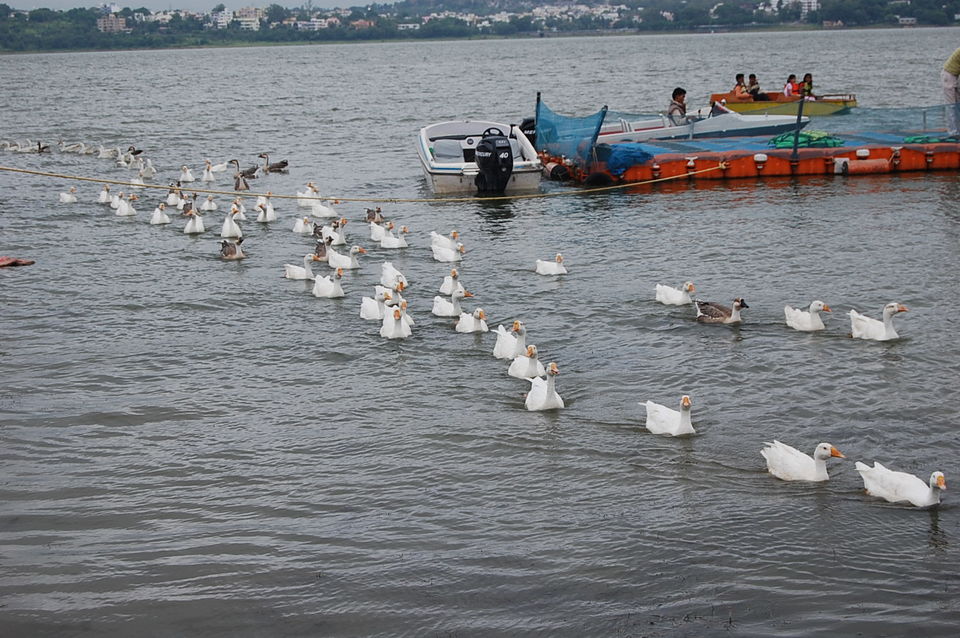 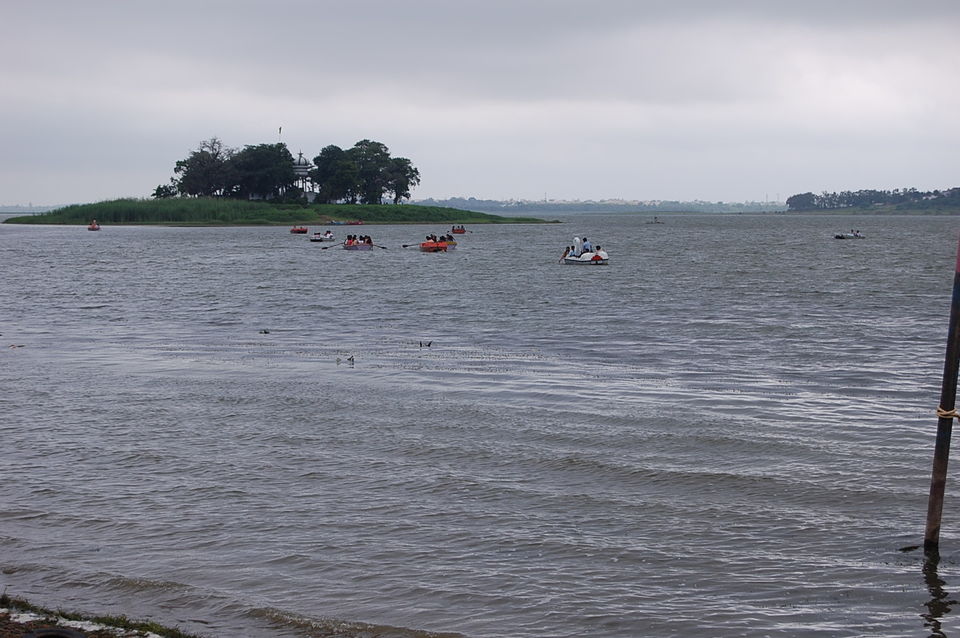 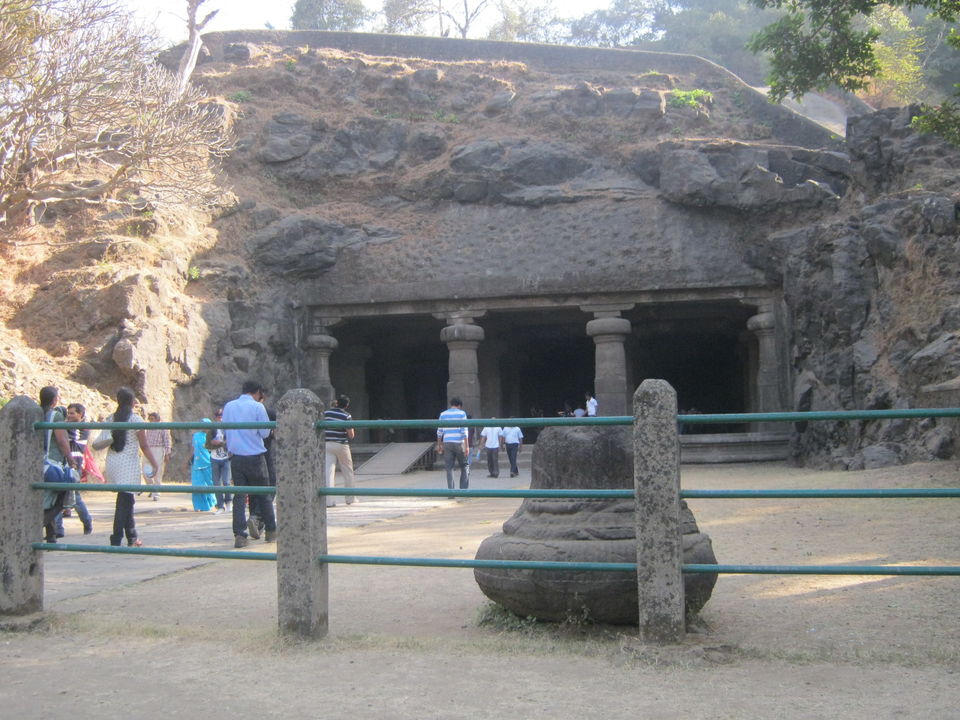 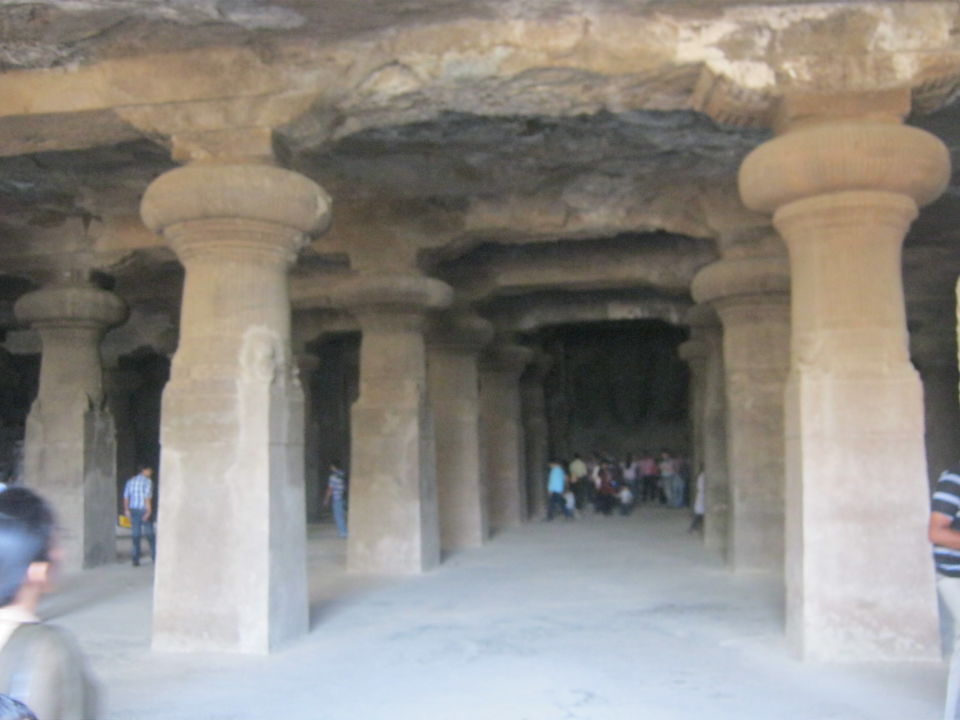 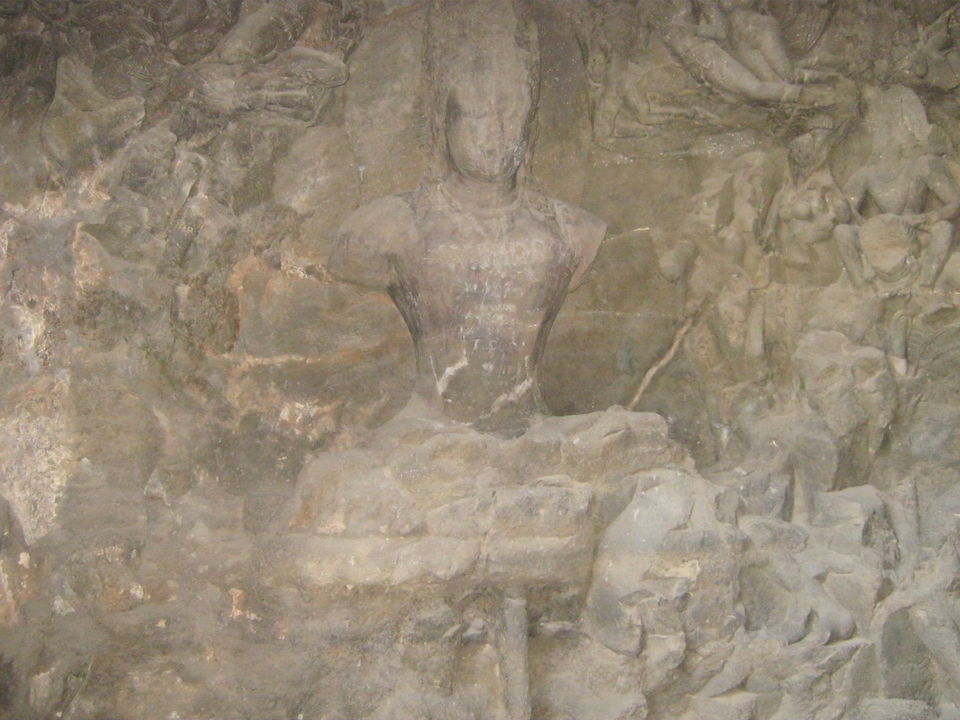 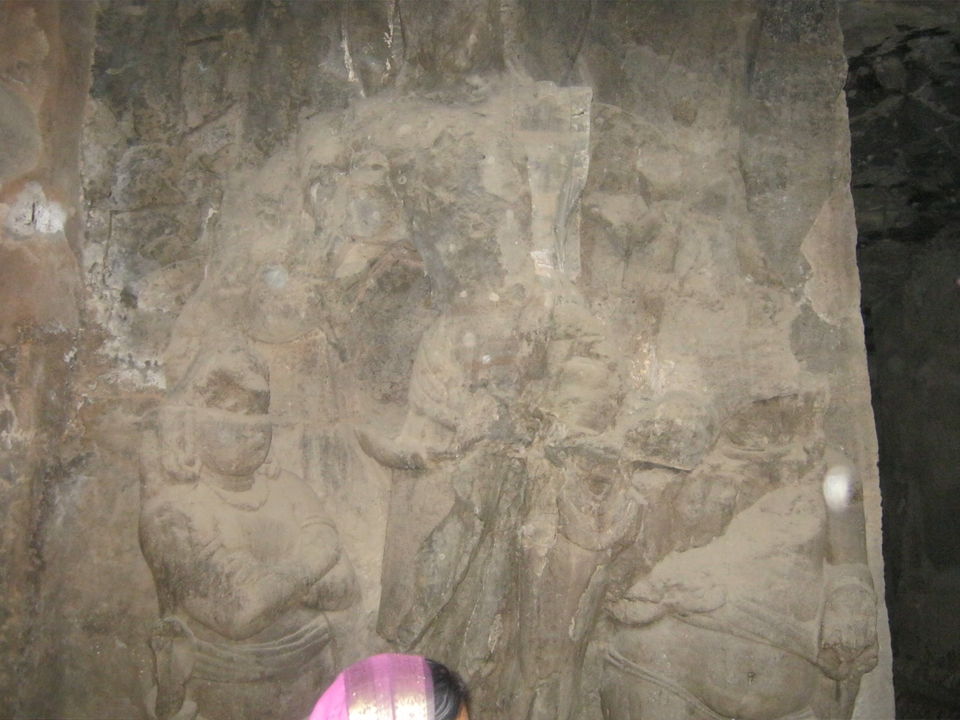 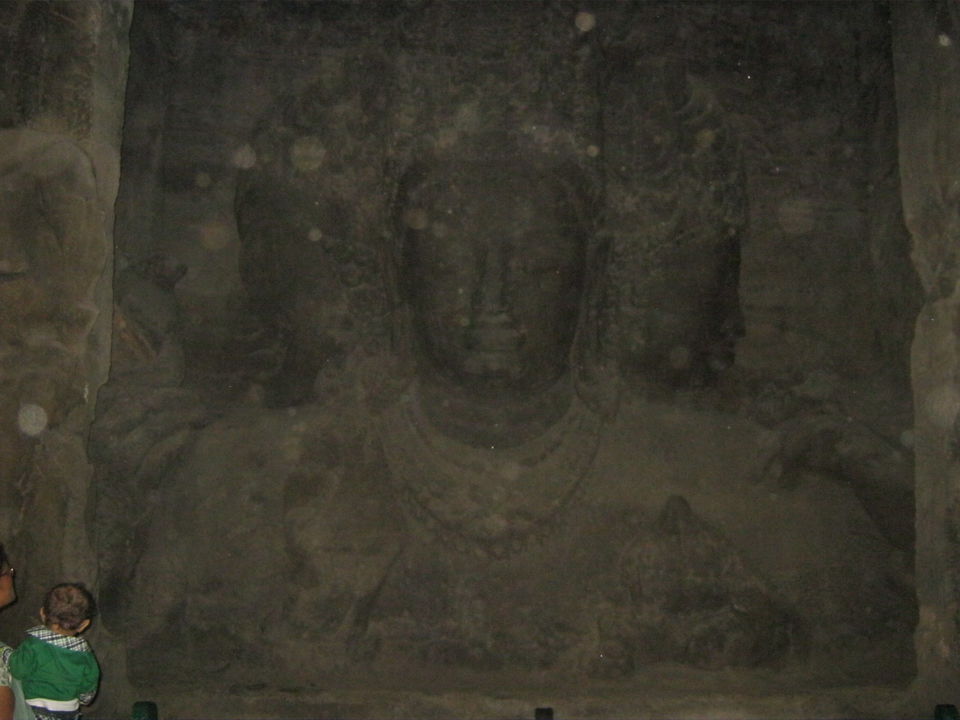 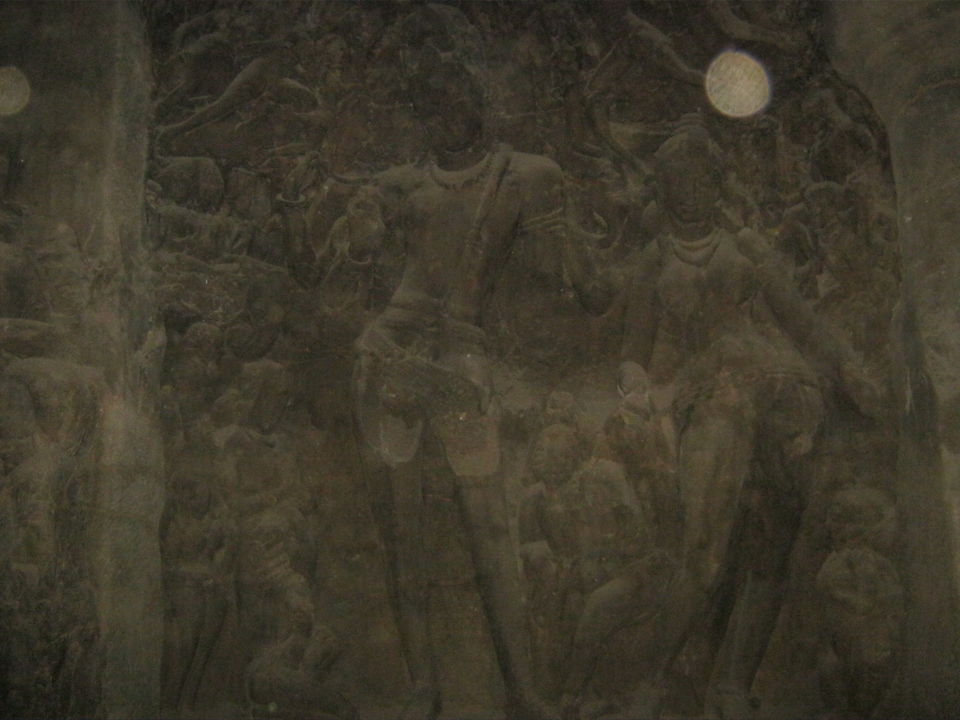 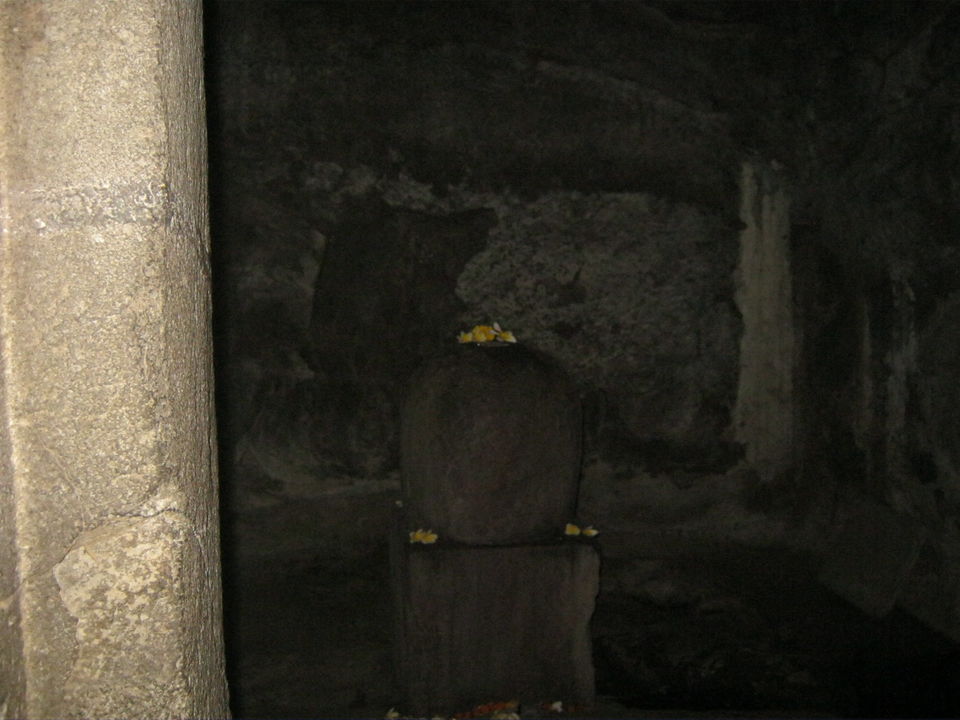 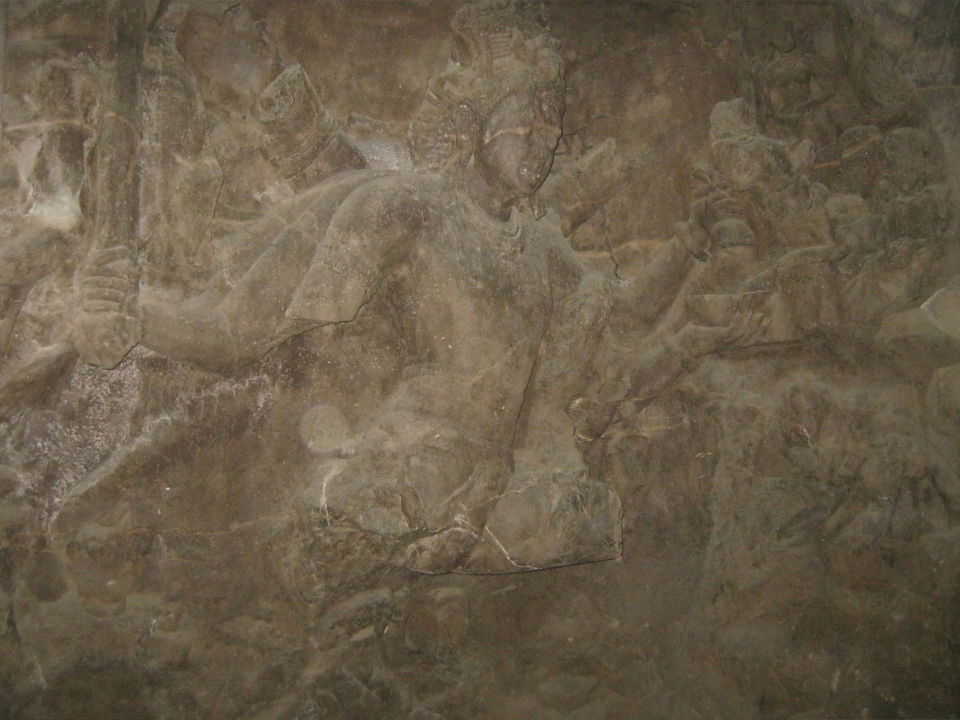 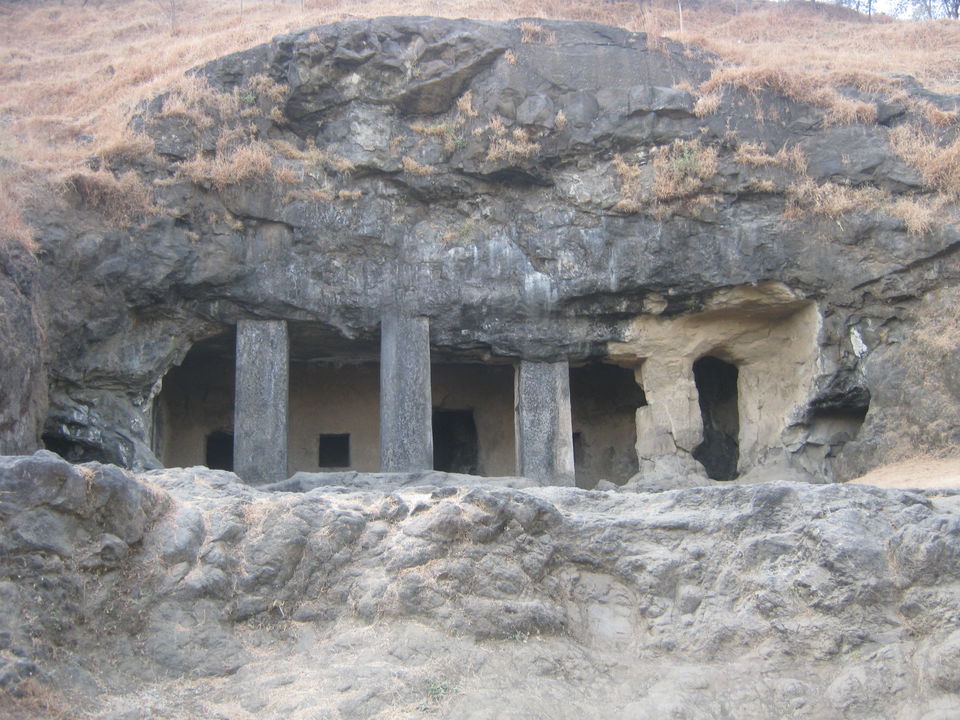 The Elephanta Caves are a network of sculpted caves located on Elephanta Islands in Mumbai Harbour, 10 kilometers to the east of the city of Mumbai in the state of Maharashtra. The island, located on an arm of the Arabian Sea, consists of two groups of caves—the first is a large group of five caves which are related to the Hindu religion and the second is a smaller group of two Buddhist caves. The Hindu caves contain rock cut stone sculptures, representing the Shaiva Hindu sect, dedicated to god Shiva.

The island has two groups of caves in the rock-cut architectural style. The caves are hewn from solid basalt rock. All caves were painted in the past, but the remaining portion today are only traces. The caves which are larger consists of five caves on the western hill of the island. These caves are well known for the Hindu sculptures it contains. The premier cave, numbered as Cave One, is about two kilometers up a hill, facing the ocean. It is a rock-cut complex that is spread in an area of almost 60,000 square feet , and consists of several chambers, courtyards, and subsidiary shrines. It is 39 meters deep from the front entrance. The temple complex is almost like a home to Shiva, depicted in widely celebrated carvings which enunciate his several forms. On the eastern part of the island, on the Stupa Hill, there is a small group of caves that house Buddhist monuments. This hill is named after the religious Stupa monument that they display. One of the two caves is incomplete, while the other contains a Stupa made of brick.

The above information is something which you is very subjective and can be received from n number of sources, what is important is that one has to provide a first hand information of what the place is like. At the very first place, It is on of the major attraction site for the tourists in the state of Maharashtra. Foreigners visit this place in large numbers because it is a gateway to the distinct cultures and religion of our country, the caves have preserved this heritage in the most wonderful manner and that is why people from far far away visit this place to get a better insight of what it is . There are a number of stalls on the islands which specialize in the trade of idols, handicrafts, local material, and several other stuff which are manufactured locally by the people who are inhabitant of that place. The goods are generally of high quality and priced high.

One thing in particular which is indelible is the ferry ride or cruise ride which one takes from the Gateway of India. The ride is one hell of a journey as the route through which the ferry goes is quite scenic and incredible. On the route one gets to see different big ships docked on the dockyards and the cranes which fly and also swim on the water. The ride is something one can always cherish always as it is quite different from the daily traditional modes of transport which people take to reach their destinations.

The caves are a mirror to our religion, culture, heritage and also tradition which has helped us in a lot of ways in establishing the foundation of our culture and the gods we worship.

The caves are proud of their stature of being a World Heritage Site.

Whenever you visit Mumbai, and precisely the Gateway Of India, try to visit this wonderful place situated on an island and explore something which is beyond the reach of many people.

HotelsMap
The place where you ought to be if you want to visit the caves.

HotelsMap
Until and unless you are here, you can't reach the caves. So come here first. Take the Boat, Enjoy the Ride.

HotelsMap
The place where the caves are located.