A shot of the Lake. 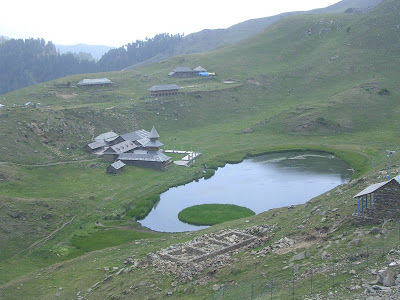 The Prashar Lake and Prashar Temple. 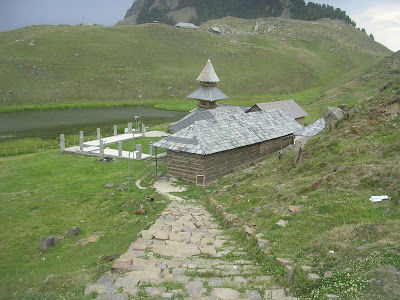 Another shot, from another point. 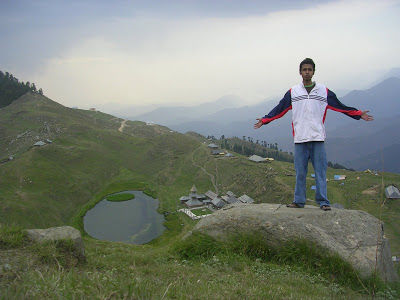 From beyond the boundary of Prashar Lake 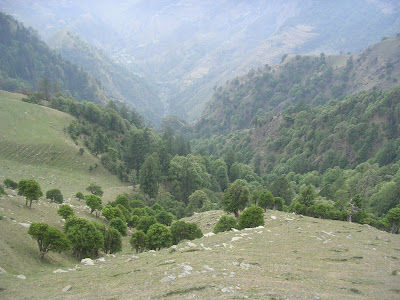 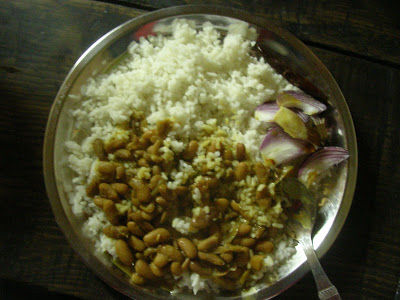 My Hide-Out At Prashar Lake 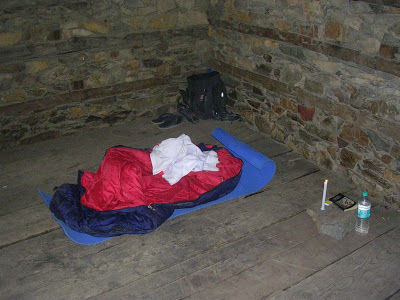 After having a couple of cups of tea and snacks. I took my camera and went towards the lake. There were thick black clouds covering the entire sky that day. Prashar lake was as calm and soothing as it could be. It was situated in a lush green surrounding. The site of the lake looked as if a Crater had fallen and left an impact, forming a lake. There are many high grounds surrounding the lake.

Reached the highest point, inside the fence where a temple and lake are surrounded by a fence defining it's boundary. There was a rock on which I sat and meditated there for a few moments and started moving closer to the lake. Visited the temple, met a few people, chatted, and went near the lake for the first time, then. It was raining a little bit. Wind was blowing, carrying coldness that was just about perfect.

The very presence of lake was so peaceful, soothing that when I felt the lake consciously, there was some sort of gravity into it, which says stop running. I sat there on a plank for about an hour or so. Then lied down beside the lake and went into Akriya Dhyan. After I came back, I saw a man standing. He was looking puzzled. He asked me, are you drugged? I said no of course not as I was really not. He told me that doing drugs is not allowed here. He was a caretaker of the temple. I said 'I know that, and I assure you that I'll not do anything of that sort. Then surprisingly he whispered, if you want to do, I have some and I used to smoke those stuff. I said 'no thank you'. There is no need actually, when so much meditation is flowing. I asked him for a night's stay in the temple's sarai.

I got a room. So after having food, from the food joint, chatting with the people there, then tea, I went to the sarai, for a good night's sleep. Room was perfect, just above the living room of goats. They were producing some very innocent voices once in a while. I took out my sleeping mat and sleeping bag, and with Akriya Dhyan, slowly went into my sleep.

This trip was originally published on Juslyktht.