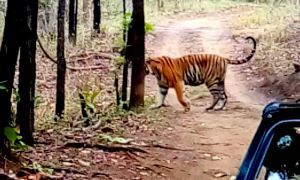 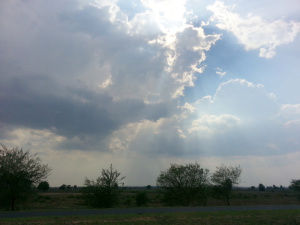 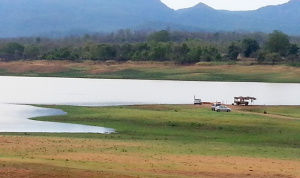 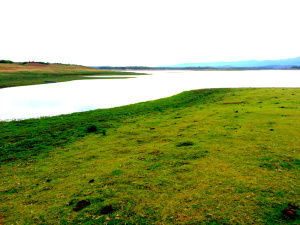 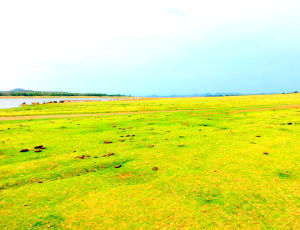 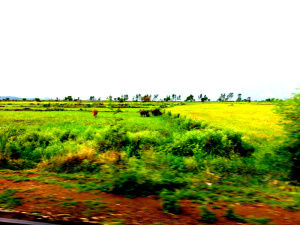 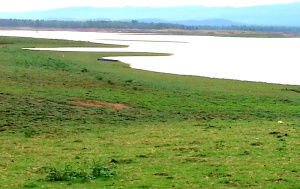 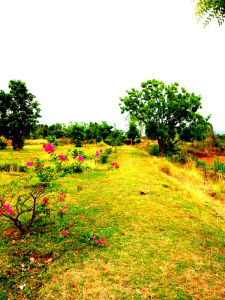 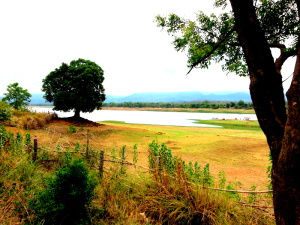 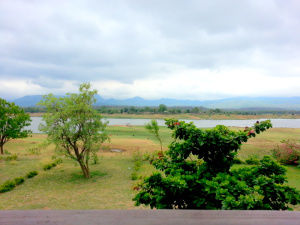 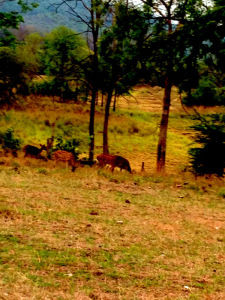 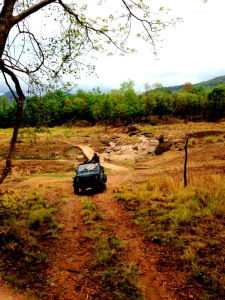 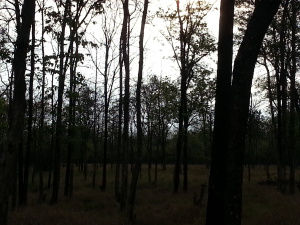 Do you ever dream of getting a perfect getaway from your busy and hectic schedules. The pollution in the cities drain you out completely leaving you deprived of much energy. I know most of the crowd who are big traveler junkies , they just evade the home to have the energy pack weekend. Everybody has their own belief of what they really want out of their two-day divergent plan. I have been to the metros , to the highly metropolitan cities and all this is very commendable, but what i really enjoy most is being at a place where you can just be very close to the nature, oblivion to the city life, engine noises and most importantly ignorant of your cell phones for few days.

I recently visited this place called Madhai in Madhya Pradesh, India. It is situated between the wild Satpura Mountain Ranges right at the center of India. It was this fun road trip we had and trust me the highways and the music, you just can let yourself go into the moment.

This is the National Forest Park where you have this safari ride into the jungle. I am sure most of you all have heard about the parks like Kanha, Gir, Corbett and all. So it is the same kind but with one just difference. Go on to read below.

As soon as I entered the place or resort where we had to stay, my eyes just got the most precious view. It felt as if i had the revelation by angels itself. It was the most picturesque thing with mountains, trees, river flowing, boats and the green mush grass. A painter had painted it with the most perfectly blended colors in it.  A countryside view charmed me completely.

One thing I liked most about it that this is the place which is still not yet exploited by the government and tourism that much. Not many fancy resorts are there. Only some of them are their just by the river bank side where you can enjoy the view, gardens and lawns pretty much savaged. Only few cooks at the resort, whom you can order your favorite food irrespective of the menu. We have had hot freshly made chai (tea) and chilli hot served pakodas (snacks) of all types like tomatoes, onions and potatoes. The taste like that still lingers on my mouth, rooted taste like rural India and of course eating with a view like that.

I always had the fantasy of the incredible village life, and really I had a chance to feel like that just once. The acrimony of the city life is such that i am pleased to have a distress life for a few days.

Early morning at 5 am we went to the downside river . Walking through there felt like something you would cherish forever, it had the narrow lane for the pedestrians surrounded by dark green lands till kilometers away.The winds would just brisk perfectly at your cheeks and you feel like blushing with it.

On reaching their we had the boatmen at the boat to have us cross the river and reach the forest. And to the other side of the river ,had the sand dune kind of structures all over  and they looked tremendously beautiful .They were formed of the erosion of the soil. During rains the level of the river rises to a much higher level.

They say fresh air is conducive to good health. One rightly said that. You can just feel the earthy touch to the whole place. After that one safari was waiting for us to pick to start our great adventure to the jungle ride . You can book it before advance for the comfort or else there are just two of them for spare on urgent bookings.

It was the time when dawn was waving us goodbye and the sun was about to pave in. It appeared beautiful to see through the huge trees. the sky was the mix of emerald blue and the shimmer orange and flawless .This open jeep could make you feel the winds and the sweet noises of the jungle directly to your eardrums. The nature itself was playing a sweet song for us. The little birds humming, peacock's sounds , the bright fireflies and monkeys chirping, deer running through our sides. I just wanted to pause the moment and feel all of it. It was quite intimidating to see that the jungle life starts at the dawn itself.

We saw the bear crossing our paths with a baby carrying with it. The birds migrating and rare ones , all you can see them flying over us, a peacock (not dancing) though i had wished , but it blown away us by showing its beautiful wings.The mighty nature has given its the most pretty shades of blue, definitely a treat to our eyes.

And last not the least ,while we were on the jeep looking on our both sides having a glimpse of the calm forest, I spotted the tiger prints somewhere far on the rocks. That's it ,our guide made the safari jeep stop, halt down silently near the crossroad. We waited for it to come down near the cross path and go to the other side. And then it got up and the way it walked  down towards us was magnificent, i just cannot describe that moment in words. They say the tiger is the royal king of the jungle and they say it right. What an immense proud walk it had, we were just stumbled upon it by its gracious confident fearless gesture, making its way between the woods and the dense grass . It came near us just behind our jeep, we were told to keep silent and just still. my heartbeats grew faster realizing that it was just two meters behind us . It stood for a moment , gave a look at us and then went ahead. That was the best thing i ever experienced, though I was just scared for a moment ,later i had a laugh about that too.

Then later open fields came with a large number of deer feeding on the knee length of  yellow green grasses and behind the back once can see the river water. That time sun shone brightly as much embracing all of it. They say you can always spot the leopards on the open fields near the deer. And there it was beautiful yellow polka dotted skin sparkling between the yellow grass.

Though it was sitting quietly in its peace and in no mood of hunting. Splendid it was the whole landscape .I can never forget the whole experience, the irresistible forest life which you can feel it just for a while but will stay for a lifetime.

I have been to other most advertised and famous parks but this  place is not so known by many people, with not so much tourism,it had it's virginity somehow, it felt untouched and yet to be explored. It was very much rooted and that is what i liked about it the most. Far away from the busy-ness and hostilities. Only one kind of network tower was there. So be prepared for your phone won't bug you for a while , and you will relish this the most. Just into the woods.