Gandikota is a small town on the river Penna in Andhra Pradesh district. A fort which is more than 1000 years old, the Grand penna river canyon and underground caves dated 4500 bc have made Gandikota a weekend tourist destination in Andhra Pradesh for both major city dwellers like Bengaluru and Hyderabad. 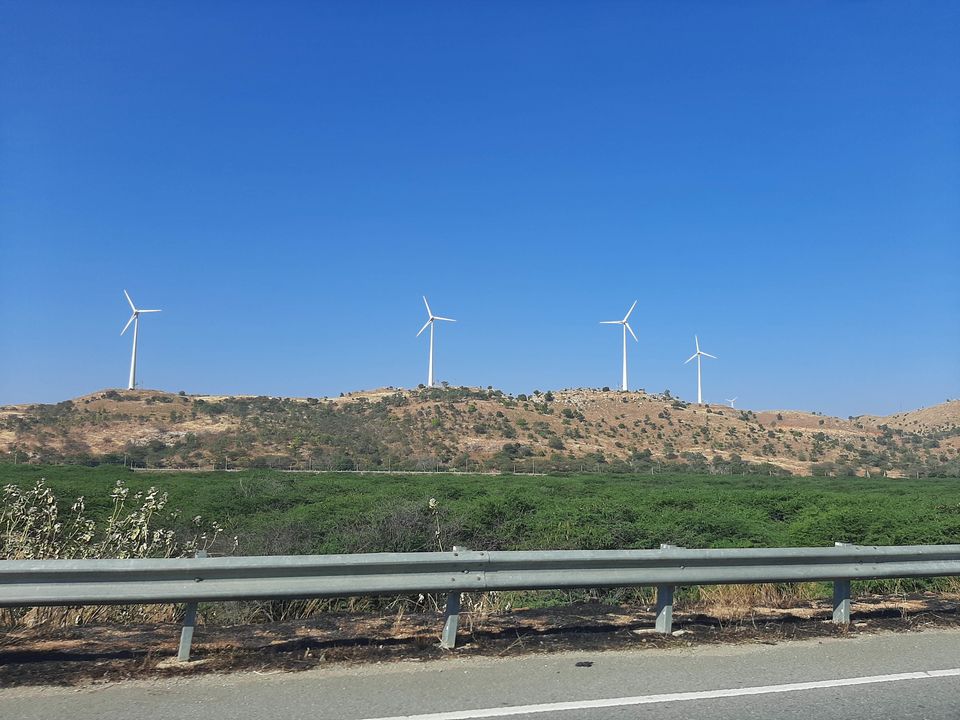 To visit the fort, one can leave late night or very early morning from Bangalore. It takes 300 km and 7 hrs to reach gandikota, via the Bangalore Hyderabad highway. Along the way one can stop on cotton farms, lemon and banana plantations. Also on the left would be wind mill farms. There are very few hotels and restaurants in Gandikota. Haritha is a decent stay, owned by APTDC and operates on 2 properties. One is just on the edge of the canyon, offering spectacular views in the morning as well as offers very good proximity to descend the canyon valley. They provide tent stay only, with both A/C and camping tents. Another property is on the approach road to the fort and offers a restaurant and rooms to stay. Both provide buffet lunch and dinner.

panoramic view of the gorge 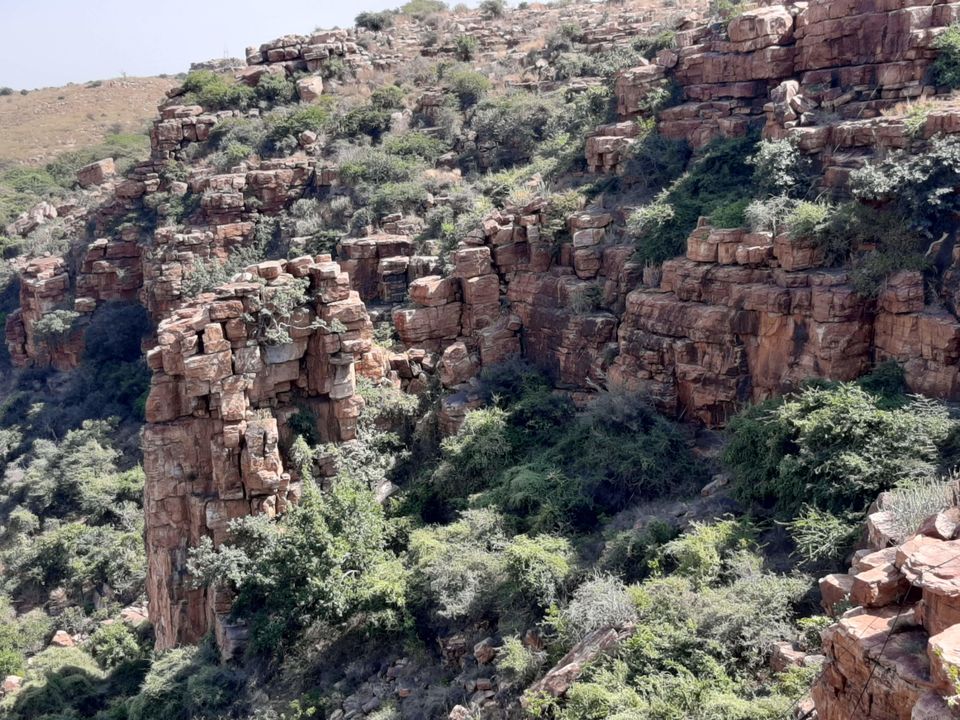 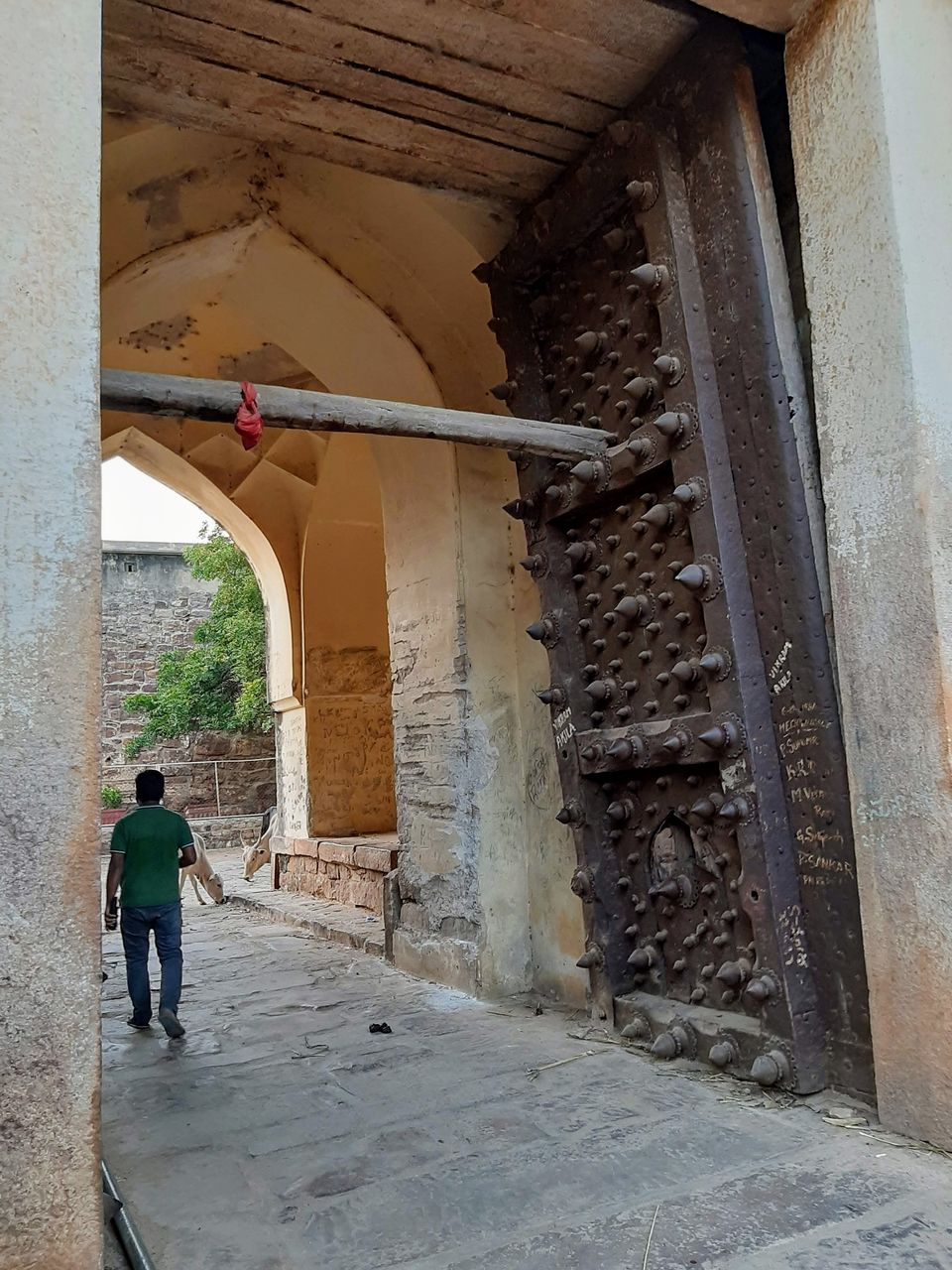 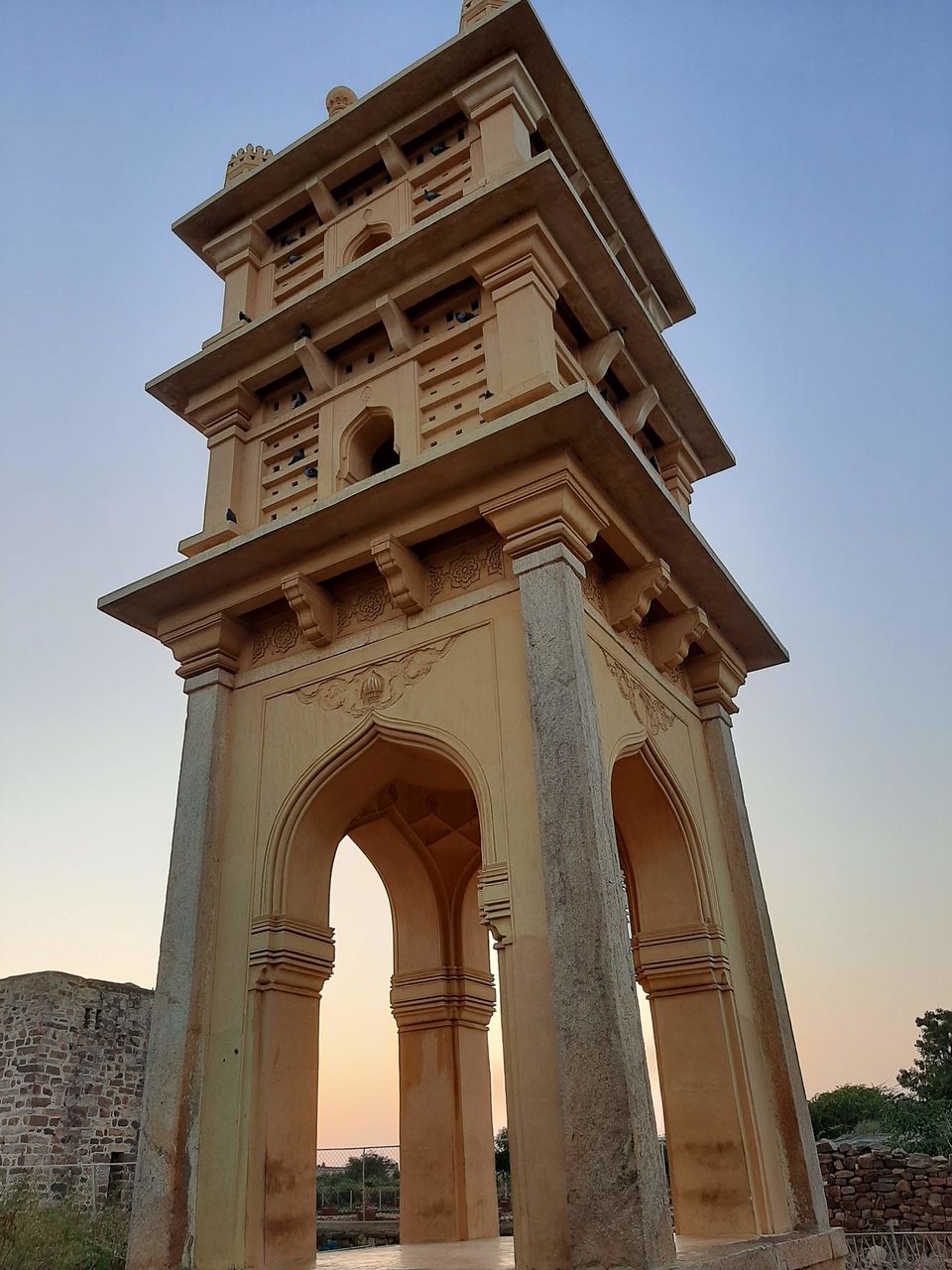 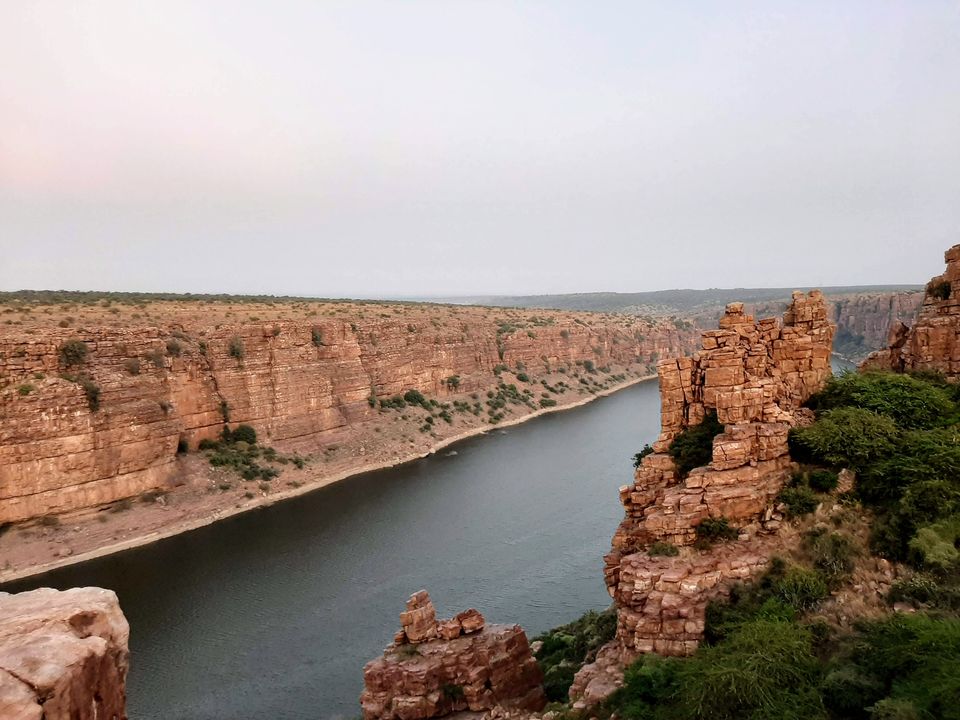 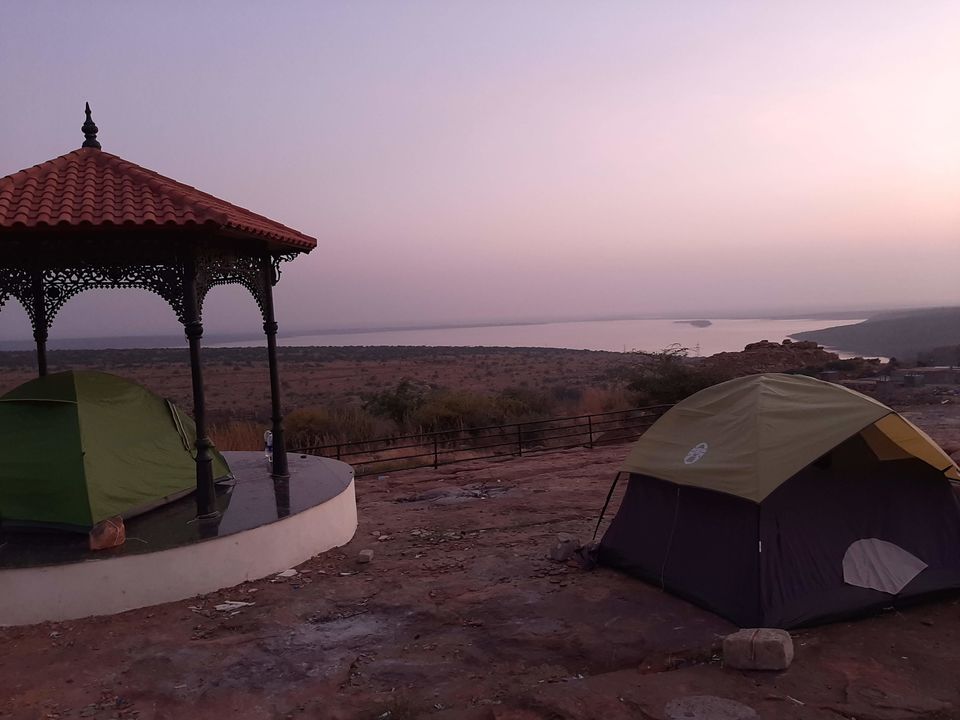 Gandikota fort has served as the center of power for various dynasties, such as the Chalukyas, Delhi Sultante, Nayakas, and the Golconda Sultanate. Gandikota was the capital of Nayakas for more than 300 years. The Nayakas constructed the huge fort at Gandikota with 101 towers replacing the previous sand fort. Various additions of Islamic architecture were made during subsequent Muslim rule. The fort complex has a temple, mosque a huge granary, and a jail. In current times, most of the fort complex is occupied by locals who have constructed houses using whatever ruins were left or new ones. There is a school inside the fort. The fort walls on the northern side are at the edge of the canyon and offer an even better view of the gorge. Climbing the wall provides a view of the grandness of the complex, most of it is in ruins but one can imagine the palatial nature of the fort. 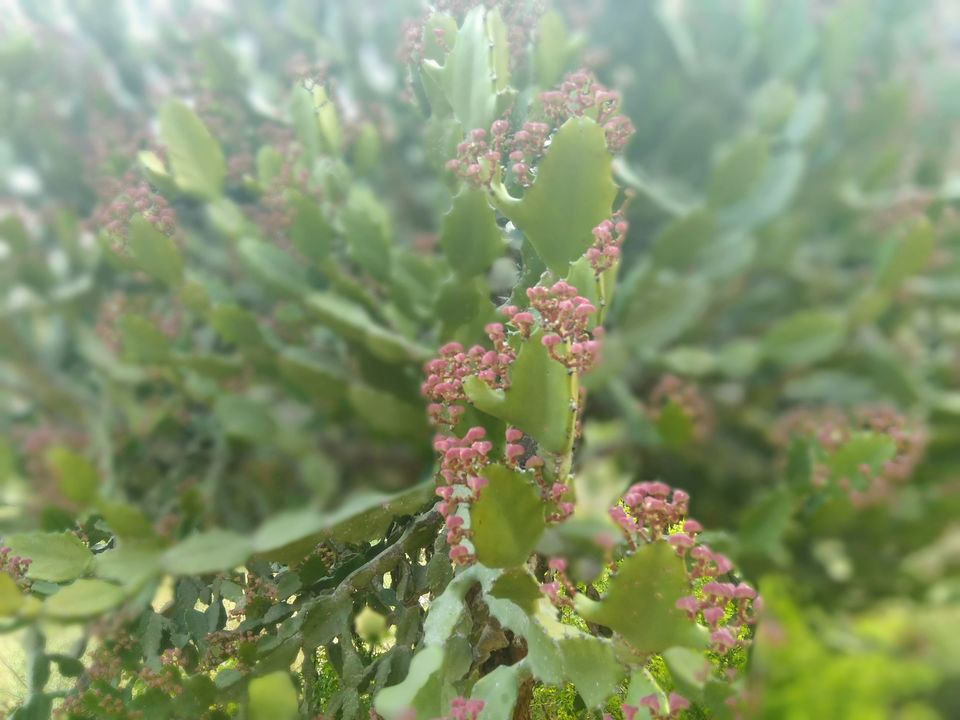 Night sky is very clear, however campsites have many lights which can obstruct night star gazing. Early morning after viewing the sunrise, one can trek along the canyon valley towards the riverbed. Water is calm and clear which calls for a dip. One can also witness, how the canyon came to be formed and the vegetation in the area. The unique way rocks can be seen stacked on top of each other is due to non-uniform erosion resistance of rocks around the region. There are few adventure activities conducted by the Aptdc like rapelling, kayaking. The tourism department has started constructing a ropeway across the gorge, and construction has begun.

50 kms from gandikota is another notable site called belum. Its famous for and underground network of caves dating 4500 bc. There are directional markers which guide you, through the labyrinth. The deeper we reach, it becomes harder to breathe and the soil is also damp which can make moving around difficult. One can see plenty of footwear left stuck in the mud at lower levels. The caves are well ventilated and have good lighting arrangements. One can indulge in a 10 minute nibble fish pedicure near the caves.