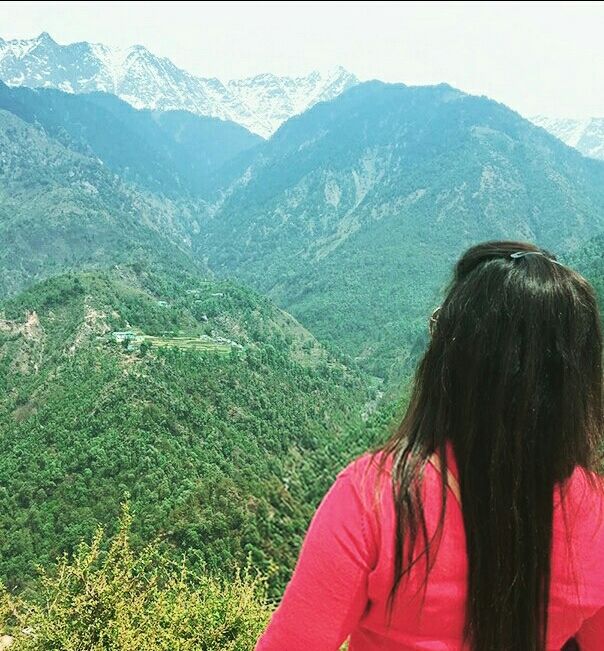 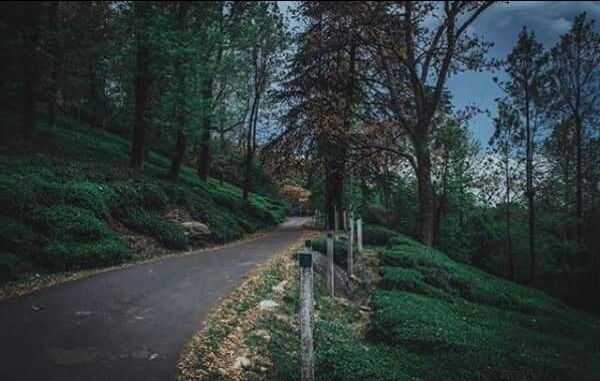 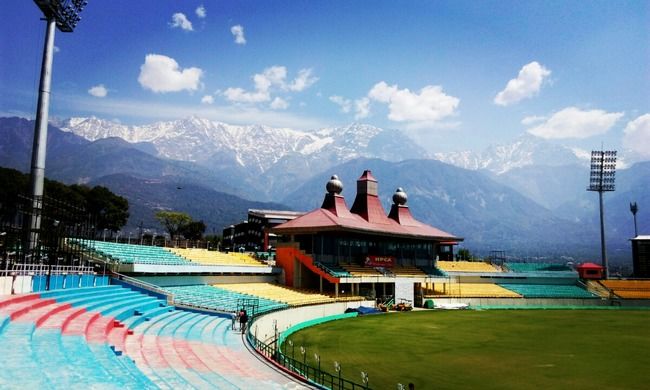 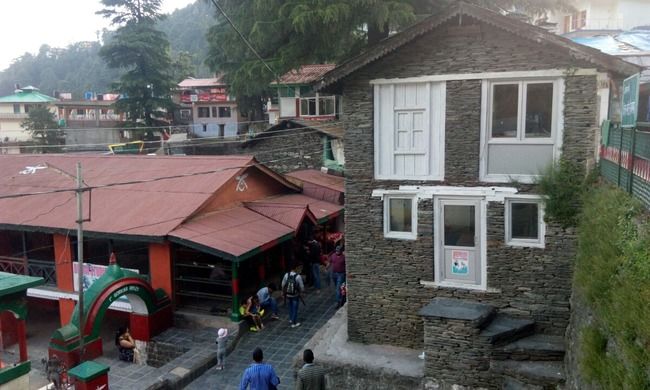 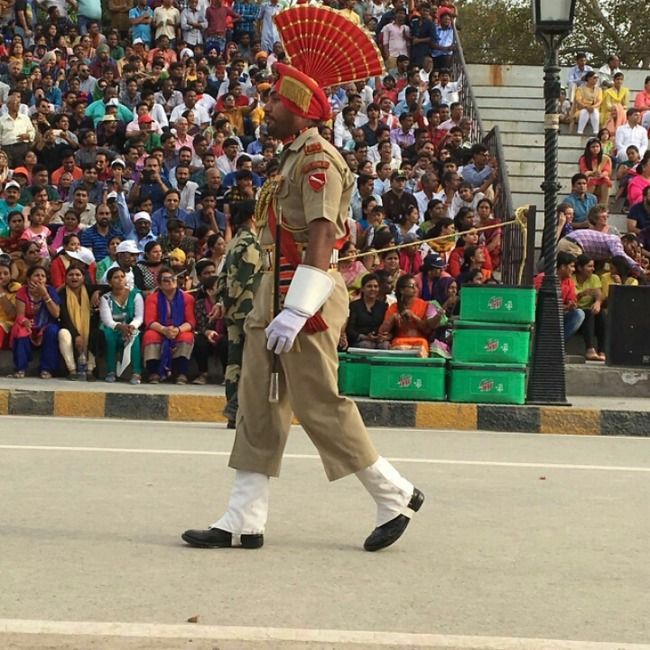 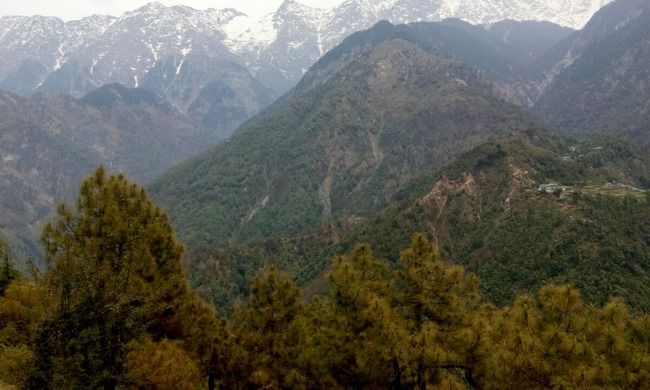 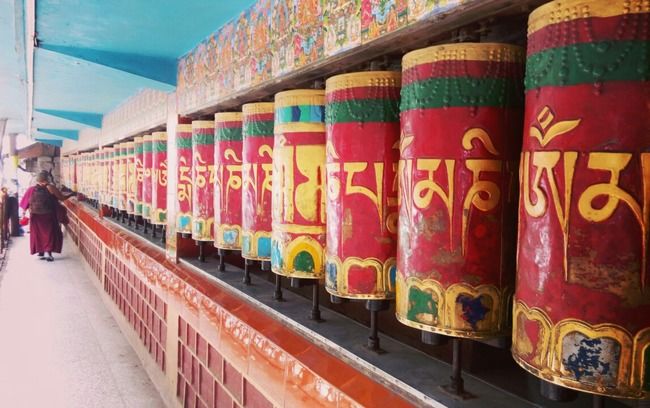 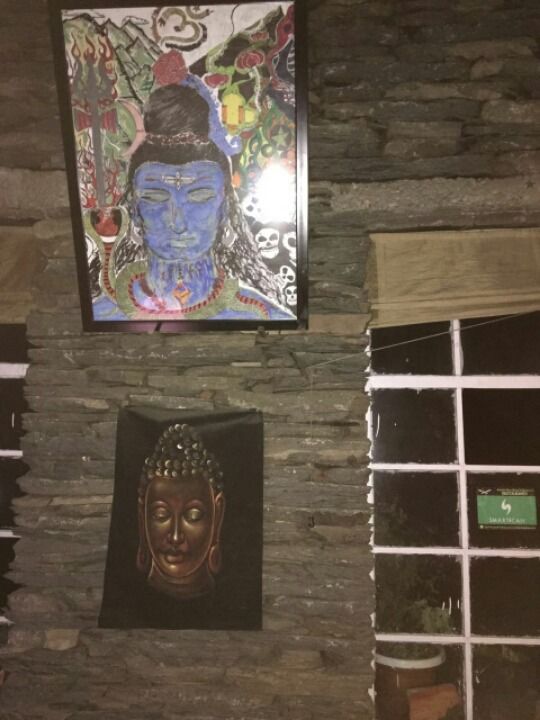 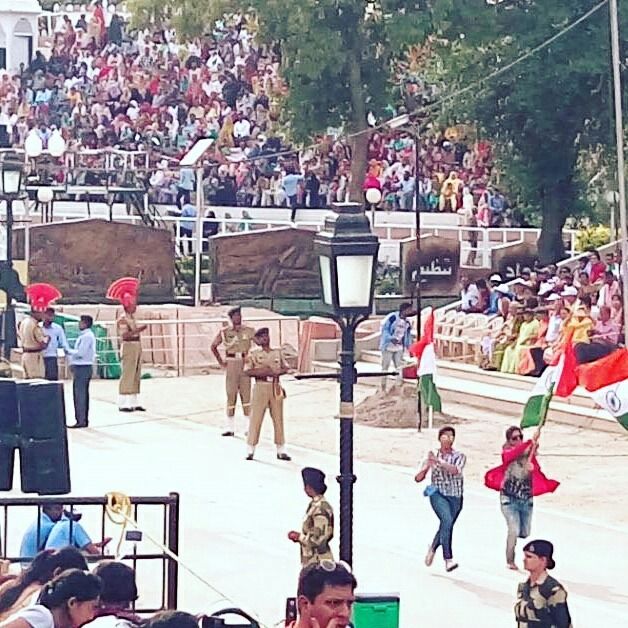 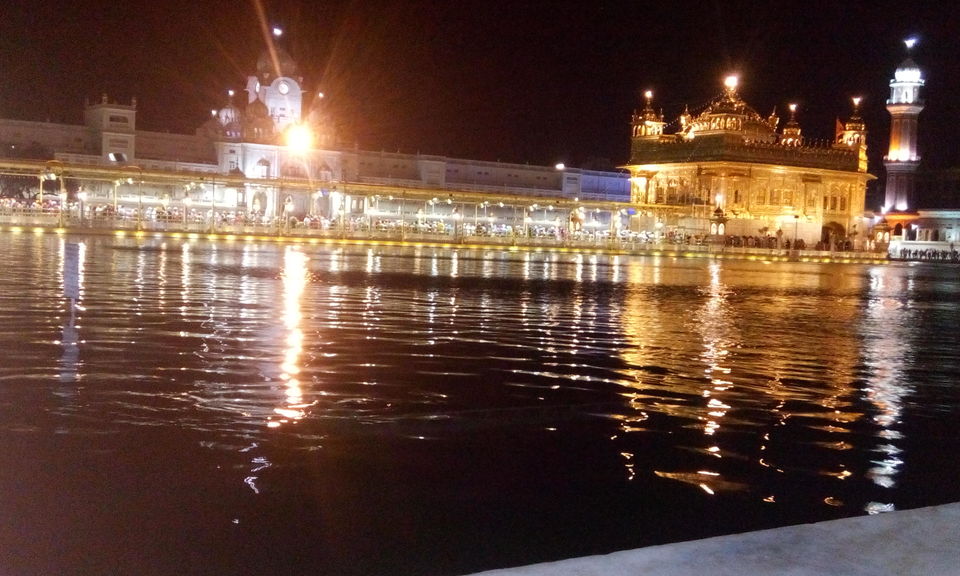 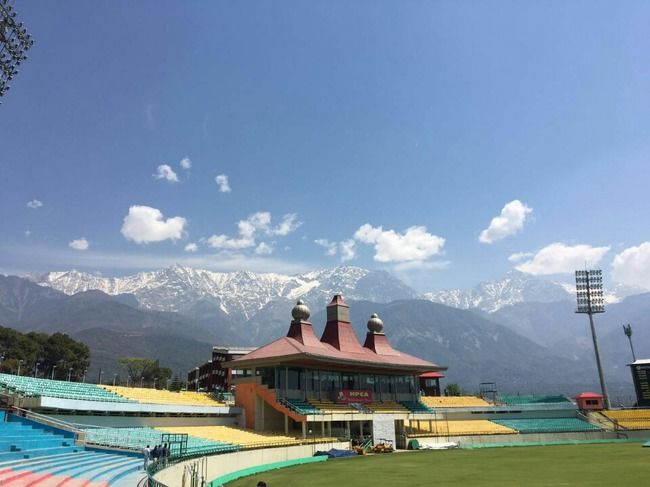 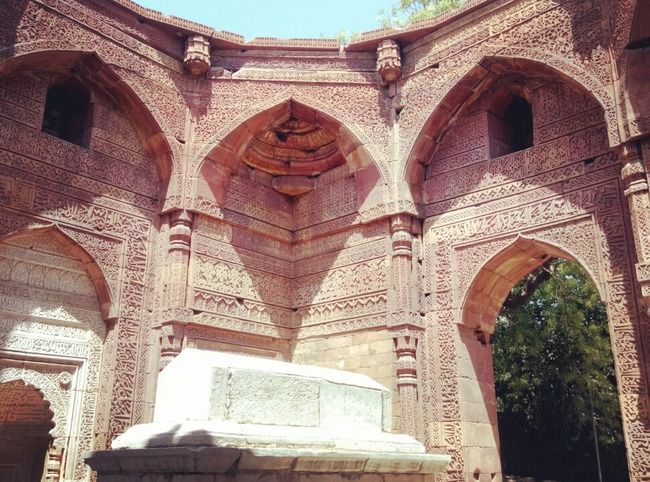 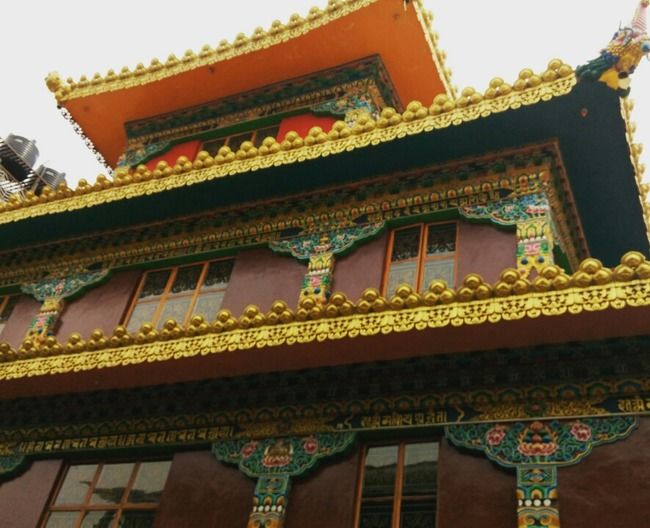 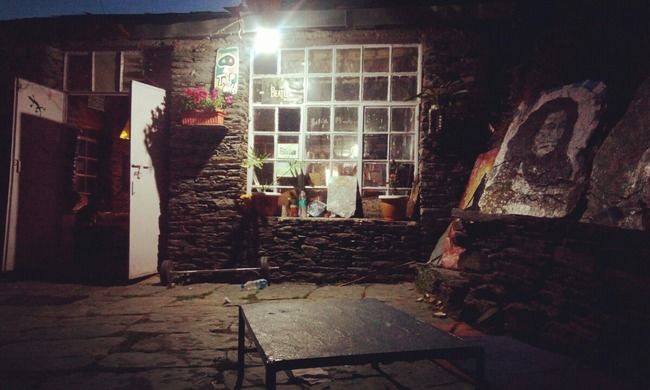 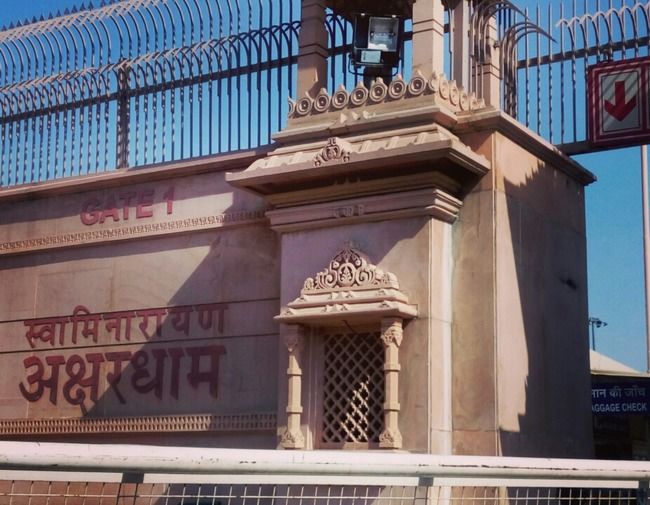 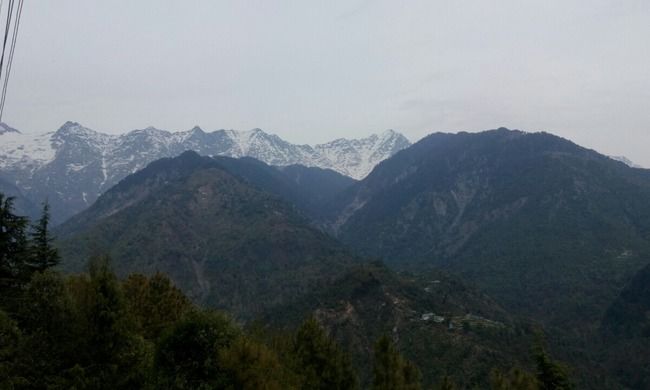 HotelsMap
I started with sightseeing the attractions of Delhi which every traveller or tourist does.
Climate was humid and hot which was surely expected as its April. Went through all the attractions possible as was supposed to start for Dharamshala in evening. Qutub Minar, Humayus tomb, India Gate, Akshar Dham in Noida, Parliament etc. Simply historical as they say it’s a city dotted with lots of monuments. One of the best place I came across in Delhi was Akshardham Setu Indias biggest Hindu temple. Also known as Swami Narayan Mandir. It measures 108 ft. high and has 97 carved pillars. Made of pink sand stones and marble with mesmerizing and lively sculpt moortis of Gods and Goddesses Unfortunately was unable to click the actual pictures as phones and cameras are strictly banned!! We ended our day with a complete Euphoria feeling.

HotelsMap
Came across this place as we had to take bus to Dharamshala. Majnu ka Tilla is also known as Tibetian colony of Delhi. You will find the whole area filled with Tibetian’s and numerous stalls specialized for Tibetan cuisine, Tibetan handicrafts etc. by these Tibetian’s. Their houses have a slight touch of Tibet decorated by prayer flags all-round the terraces, balconies and windows. This place is bit shabby and unhygienic. I spent around 2hours waiting for bus to start. And finally started for Dharamshala at 1930 hours from here.

HotelsMap
I touched Dharamshala at 0700 hours. The first view of Dharamshala gave me peace of mind. Himalayas fully covered with Deodar Cedar trees and fog all over. My hotel was situated ahead about 8-9 kms to the upper reaches of Dharamshala which is known as Mcleodganj (Little Lhasa). Checked in Akashdeep hotel it’s near Bhagsunath Temple. It was decent and had amazing view of Bhagsu water fall and Dhauladhar peak (one of the best attraction of Mcleodganj) behind those two huge Himalayas. Was so excited to explore the city that without wasting any more of my time I decided to I freshen up and hit the smart city!

HotelsMap
Started with Bhagsunag waterfall. It was a kilometre from my hotel. It has a tall fall but hardly any water perhaps because of the season may be. But the view of Himalayas covered with Deodar Cedar trees and Dhauladhar peak covered with snow was ultimately mesmerizing having a slow audible rush of the waterfall. And the feeling of chilled water on your feet is just something amazing. As I went ahead I came across a small café called “No name Café “run by a local humble people. It’s a kind of hault for all the trekkers in middle of the hills beside the Bhagsu fall to take a break for refreshments. There were beautifully designed rock paintings hung all over the café.

HotelsMap
As suggested and guided by the localites they wanted us to visit this place called Naddi. And I decided to follow that. Naddi is a small village located at the high point of Dal Lake. The first view from the Naddi top made me stunned for a moment. I couldn’t take my eyes of it. It has a view of Magnificent and snow-capped Mighty Dhauladhar and the vast lush of Kangra Valley. Damn, what a view! The only place in Dharamshala from you get the entire view of the mountains. After spending an hour at this location 1500 hours I decided to have my lunch at some local Himachali restaurant and take a power nap as I was bit exhausted.

HotelsMap
1800 hours I started my hike to reach Shiva Café. Heard a lot about this café from my friends as well the locals. It’s located in the midst of the Bhagsu waterfall and mountain ranges. It takes around 40 minutes to reach there from Bhagsunag Temple. It is easy to climb but make sure you wear shoes with good grip as the way is bit slippery and narrow. The scenery around this area, however is serene. I reached Shiva Café around 1840 hours. The ambience is totally vintage, they have rocks painted outside the cafe with pictures of Shiva and Ganesha. Inside they have small tables of Indian sitting style, raw paintings and book shelves with books related to adventure, spirituality, tours etc. They have an awesome menu from which is choose to have nutella banana pan cake and a glass of masala chai. It’s a chilled out place where you can spend hours. Just be careful as its dangerous finding your way in dark. The roads here are narrow and near the waterfall with no lights. Ended my day with this fascinating and marvellous location with lovely panoramic view.

HotelsMap
I started my day from Mcleodganj took local bus to Kangra (Dharamshala City). I visited Himachal Pradesh Cricket Association which is near Kangra. This stadium has a lively view of cool blue sky and surrounded by snow-caped mountains of Dhauladhar. On our way to Mcleodganj we came across St. John Church which is also one of the tourist destination in Dharamshala. Church is covered with lush green trees of Deodar. Parking is the pain here as the roads are too narrow and small. Eye candy for nature lovers.

HotelsMap
Ahead form here I reached the main square of Mcleodganj decided to take a hault to sip over few beers. Mcllo Bar and Restaurant is one of the oldest and the best café in this city. Highly recommended for its ambience and food. Lots of celebrities and Cricketers have visited this place shows from the posters hung on the walls of café. You get a panoramic view of the city from rooftop. In short, loved the place and it’s a must visit!!!

HotelsMap
Late evening I went to Bhagsunag Temple. You’ll notice ancient Shiva and Nag devtas sculptures and moortis worshipped by both Hindus and Gorkhas. Temple is typical build as Himachali rocky houses. Peaceful shrine also loaded foreigners and hippies too. Ended my day chilling at a small café called German Bakery which is situated half a kilometre from Bhagsu Temple. They serve delicious bakery items and variety of teas and also pancakes. Wrapped up early today as I had to leave for Amritsar the next morning.

HotelsMap
Started at 0900 hours from Mcleodganj and reached Amritsar 1400 hours. Was a hectic and tiring journey. Checked in Hotel Sarovar which is just 2 minutes’ walk to Golden Temple. Got fresh as I had to rush to reach Wagah Border (30 kms from Amritsar) to watch the famous parade and ceremony. This ceremony is held every evening before 1800 hours. It starts with energetic parade of soldiers from both the sides and ends with Flag lowering of both the nations. It was way too crowded which resulted disturbance in watching. Best part of it was I experiencing an unexpected mini adventure running with the Flag till India-Pakistan Border gate left me a huge smile on my face. Ceremony came to an end around 1830 hours.