Getting to Siem Reap, Cambodia 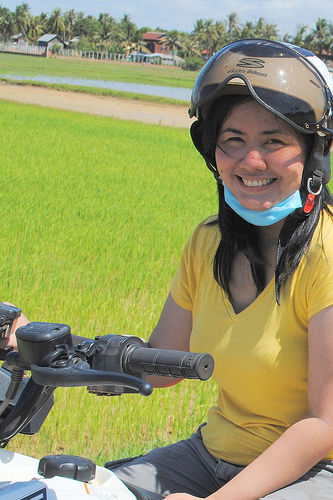 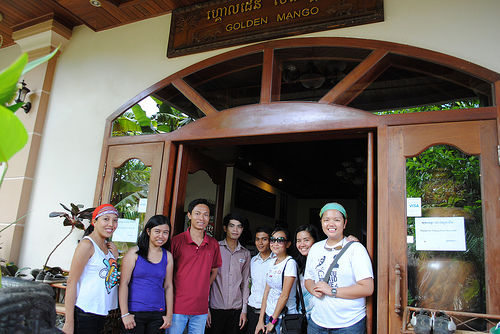 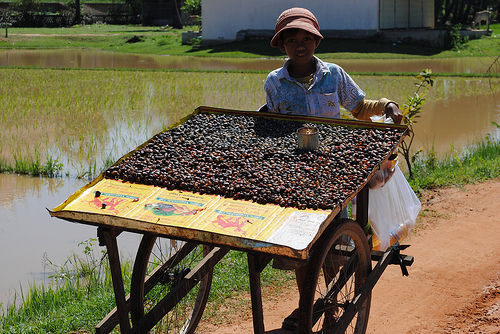 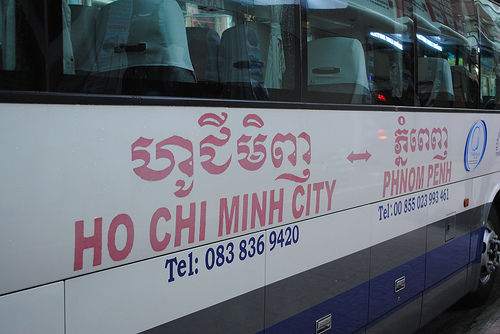 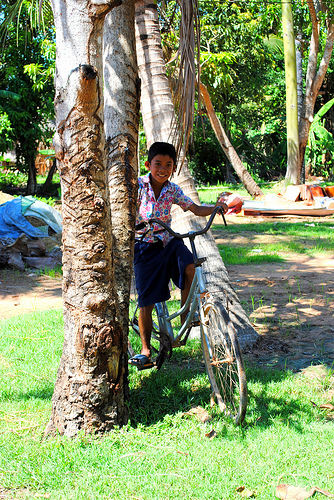 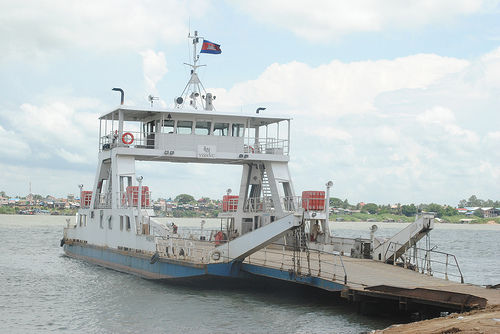 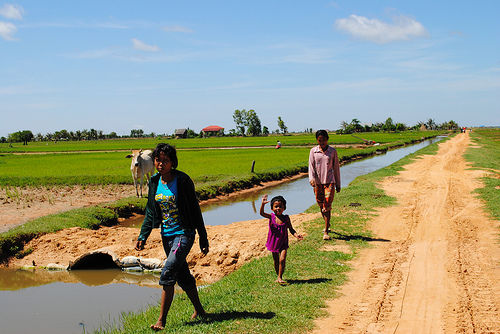 Going out of the country was not something I was interested in, until I saw pictures of my boss in INCITEGov, Ms. Dinky Soliman, in Cambodia.  She was riding a motorcycle with a local and a good view of rice paddies of the rural part of the country.  She looked like she was having fun!  And, from then on, I said to myself that I would one day visit Cambodia.

So, when my teammate in Devex, Angel, invited me to join her and a couple of other colleagues, Ivy and Yula, I said yes.  Tin and I immediately booked our tickets to Ho Chi Minh.  Good thing that Cebu Pacific had an ongoing seat sale so we got ours at a cheaper price.  My friend, Angge, who decided to join us only a few days before our scheduled departure had to pay for the original price, which was double what Tin and I paid for ours.

We left most of the preparations with our friend, Ivy, who particularly enjoyed the whole process.  All we had to do was show up.

We got to the airport first and then we saw Angge.  We had dinner at one of the restaurants and, about an hour after, Angel, Yula and Ivy arrived.  Although I have mentioned Angge’s name to Angel several times over the past few months, it would be her and the other two’s first time to meet Angge.  They hit it off right away.

We landed in Viet Nam’s Tan Son Nhat International Airport past 1:00 AM of May 17, 2012.  Because our bus to Phnom Penh would be leaving a few hours after, at around 6:00 AM, we stayed at the airport, discussing about what’s going to happen next and, after which, catching some much needed sleep.

We then took a cab to the bus terminal.  But, because it was still a bit early, we had breakfast first at one of the nearby restaurants.  The area gave me Philippine’s Malate vibe, with foreigners and locals drunk all over the place, speaking in a different language or in broken English.  I don’t usually hang out in similar places in the Philippines so I was kind of scared. It seemed like a fight would ensue anytime.

When the ticketing office finally started their operations, we went in to claim our tickets.  We bought ours online and paid for them about a week prior so I found it weird and kind of irritating when the attendants gave attention first to the other passengers who didn’t reserve seats beforehand.

We left a few minutes after our scheduled departure.  We were on the road for almost twelve (12) hours, spent more than an hour crossing borders, switching buses in Phnom Penh and having a few stopovers on the way to Siem Reap.  We came across this comfort room where the toilets were on the floor.  Yes, I live in a third-world country but it was my first time to encounter such in person.  When I saw it, I asked myself, “How do I pee here?”  Haha!  I shared this with my travel companions and I was relieved that a couple of them shared my sentiments.  I was not THAT finicky after all.

We got to Siem Reap at around 8:00 PM.  The tuktuk service provided by Golden Mango Inn, where we would be staying for the entire time we would be in the province, was already waiting for us when we arrived.

I didn’t have any expectations with regard to the accommodations.  I could sleep anywhere but I was hoping for acceptable comfort rooms.  Golden Mango Inn’s facilities provided more than what I had hoped for.  The rooms were spacious and the ambiance left us fine staying there the entire time.  Plus, the comfort rooms were huge and had good running water.  Sweet!

When we arrived, the manager gave us orientation on how to go around Siem Reap.  They also had welcome drinks and towels for freshening up.  I felt at home right away.

On our last morning in Siem Reap, Tin and I decided to go for a quad ride.  I didn’t get to do Boracay’s version of this when I visited the place a few years back, so I was pretty excited to try it out.  But, more than that, I wanted to do this because I was interested to get a glimpse of life and people of Siem Reap, outside the tourist spots.

The owners of the quad gave us an orientation on how to work it.  We also had to do a test drive on our own before we were allowed to do a longer drive around rural Siem Reap.

We saw the beautiful rice paddies of Siem Reap.  It reminded me of my father’s hometown, Nueva Ecija.  The beautiful greens contrasted against the bright blue skies.

After the short quad ride, we went back to our hotel and said thank you to our hospitable hosts at the Golden Mango Inn.