Ghoramara: This Indian Island Is Slowly Disappearing Because Of Global Warming 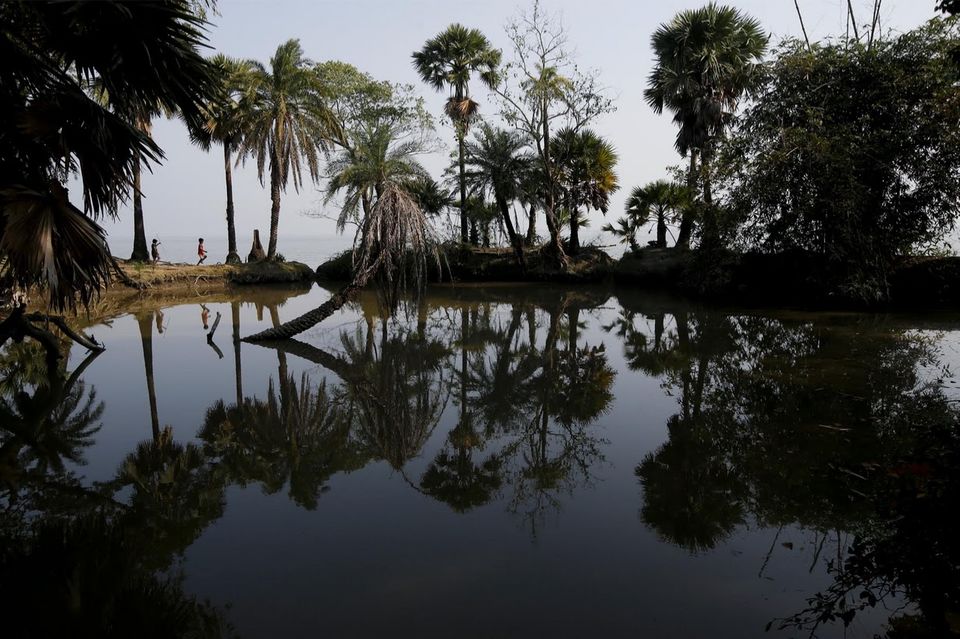 Reeling under the threat of global warming, an island in India has started to disappear. The tiny island of Ghoramara is at the verge of vanishing due to rising sea levels and soil erosion induced by adverse climatic impact. Part of the Sundarbans delta on the Bay of Bengal, the island has nearly halved in size.

The world's largest mangrove forest, the Sundarbans is home to endangered tigers, dolphins, and 300 species of birds. But this biodiversity is now in danger and so are the people living on islands. The island’s population has reduced from 7000, a decade ago to 4,800 today. It's now only 1.8 square miles in size - half the area it had 20 years ago.

The residents of the island fear losing homes and livelihoods as the flooding worsens every year in the area. Though some of the island's remaining residents would prefer to live elsewhere, they say they can't afford to leave.

"If government gives rehabilitation I will leave," said a resident.

"If a tsunami or a big cyclone hits this island we will be finished," Sanjib Sagar, a village leader, told Reuters.

A study by NASA says that increased melting in Greenland and Antarctica is leading to acceleration of global sea level rise in recent decades. It further alarmed that if current trends continue, the world’s seas could have swelled by twice the projected level by 2100.

Almost all nations as well as major coastal cities are now facing the threat of rising seas. While many countries have already upped their game to contribute towards reducing global warming, now it is for individuals to take responsibility to save the planet. It is important to understand that individual contributions are equally vital in protecting the world from the threat that has started to wreak havoc on islands like Ghoramara.

The climate’s worst enemy Carbon dioxide is released when oil, coal, and other fossil fuels are burned for energy—the energy we use to power our homes, cars, and smartphones. By using less of it, we can mark our contribution to climate change.