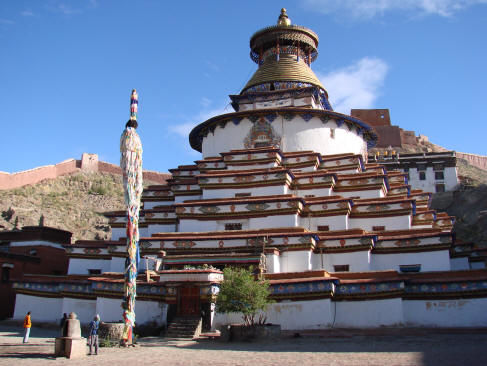 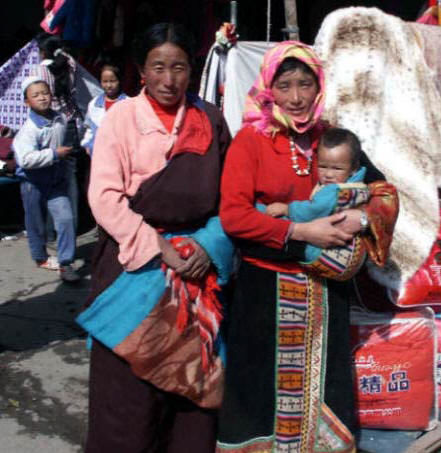 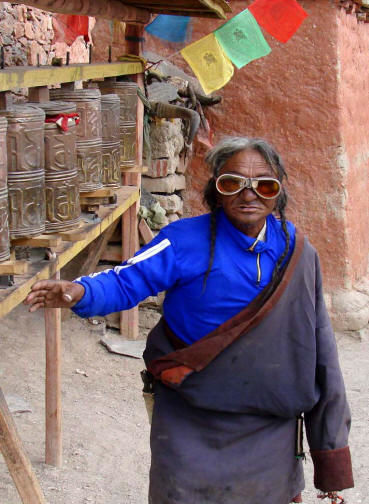 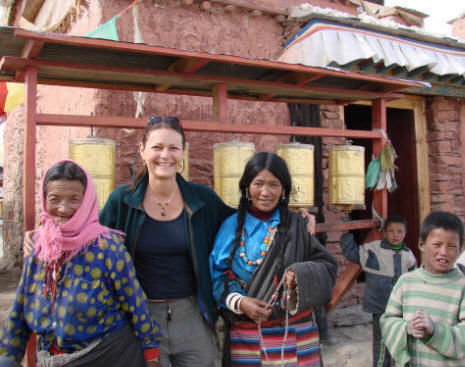 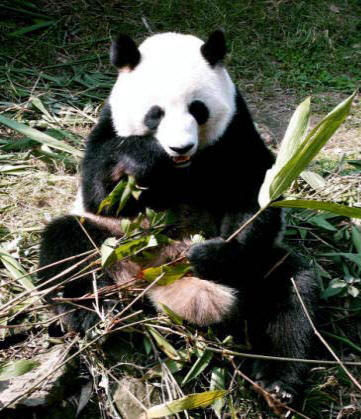 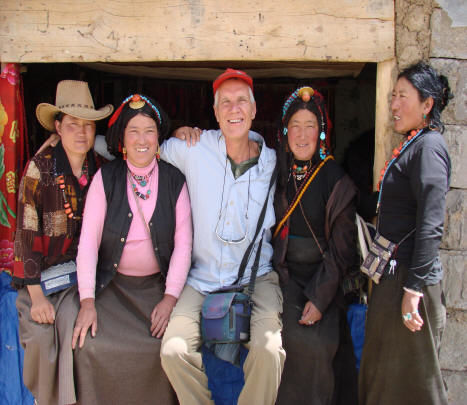 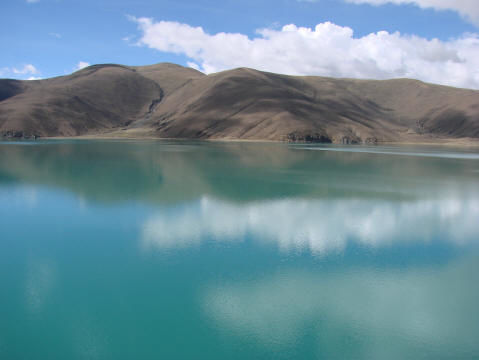 If you're on the lookout for a place that offers a perfect amalgamation of history, modernity and culture, China is the destination for you. From the deserts in the west to the ocean on the east, China has a rich and textured history that encompasses over 5,000 years. Famous for the enterprising and innovative nature of its people, credited with inventions such as the gunpowder and the magnetic compass, China is an ancient country with a profound history. A great amount of cultural relics such as the Great Wall and the Terra Cotta Warriors left by ancestors have become the treasures of the nation and the wonder of the world.

China has a large number of spectacular tourist destinations including delicate water towns, imposing imperial palaces, splendid national cultural heritage and colorful folk custom. It will take years to visit all of the attractions, but it is fairly easy to tour the top attractions and below you will find exactly the same. Enjoy!

HotelsMap
To those few who dare to venture along this route, it is worth all the travel time and efforts. The southernmost part of this remote western region hasn't changed much in 1000 years. Clustered around lush oasis in the parched barren deserts, life in these small villages along the Southern Silk Road is reminiscent of what it would have been like to cross the desert by camel and stop here to rest and gather supplies. Villages offered simple accommodations, with the toilet down the hall. New religions, philosophies, artwork, and exotic goods were transported along the Silk Road. Following in their footsteps we were daily bombarded with new sights, sounds, smells and thoughts. Our first stop, five hours from Kashgar, was for dinner at the lively markets outside the 15th century Jama or Friday Mosque in Karghilik. 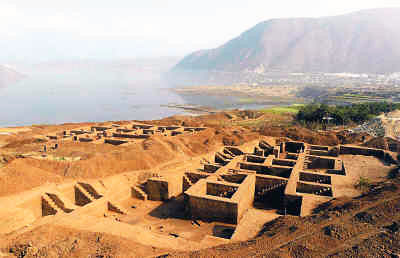 HotelsMap
Straight up towards the Tibetan Plateau we quickly left any warm rays of autumn behind. The roads were long, windy, and treacherous at times. The lively frontier town market was full of a mixture of Tibetans and Muslim Tus (distant cousins of the Mongols) This place, completely out of the tourist loop, held a secret jewel at the Wutun Si Monastery. The monastery was an authentic working monastery with happy artists busily painting or carving and the rest of the monks engrossed in a Puja ceremony. We spent a pleasant sunny afternoon in this beehive of activity and we felt really welcome, especially after being invited to eat with them. The massive vats full of noodles and chunks of yak and the urns of butter tea were emptied into the awaiting bowls. 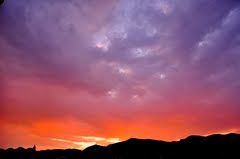 HotelsMap
Our bus ride to Xiahe was a lively affair, packed with Tibetans, oversize bags and an occasional chicken. Passing through the high grasslands past herds of yaks and lonely villages we arrived at the bus station in the Chinese part of town. Walking past new hotels and buildings made of white tiles and blue-tinted windows, we strolled up the street towards Labrang Monastery and the Tibetan part of town. "Oh Mani Padmi Hum". "Oh Mani Padmi Hum". (Mantra - the jewel of the lotus). This chant of the Tibetan pilgrims echoed through the narrow alleyways as they circumambulated the monastery (always clockwise) spinning ornate hand prayer wheels, clutching prayer beads, or turning the hundreds of 3ft to 10 ft high wooden prayer wheels along the 4 km route. Some were completely focused, some prostrated themselves along the ground for hundreds of miles, others chatted merrily as they gave each wheel a good spin, and we even saw one man talking on his cell phone while 'praying'. Who knows, maybe he had God on the other end? 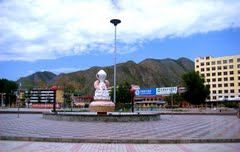 HotelsMap
On our first day in Chengdu, we headed out to the Giant Panda Breeding Research Base, which opened to the public in 1995. Sent on an unintentional wild goose chase to find the pandas, we were then offered a ride by a young woman in her rickshaw over a non-existent road full of boulders and dirt. There are only 1000 giant pandas in the wild, entirely in the high misty mountains of Northwest Sichuan. Eating 20 kg of selective varieties of bamboo daily, these elusive animals have a very slow reproductive rate. Single babies are born, about the size of an apple and the mother carries it around in her paws for the first month of life. We were lucky enough to see one of these little guys in the nursery.

HotelsMap
We took the train from Chendu to Yichang. The train passed by Wudang Shan, the monastery where Zhang San Feng, the Taoist monk who disliked the hard techniques of Shaolin martial arts, created Tai Chi. In Yichang, we went out to look at the controversial Three Gorges Dam. We spent the afternoon walking along the banks of the Yangzi. This is the largest dam in the world. 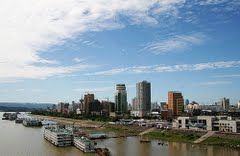 HotelsMap
A long bus ride via Huaihua and Jishau brought us closer to the yet undiscovered Chinese treasure, Fenghuang. This ancient walled city has large arched stone bridges, narrow walled alleys, and Miao people selling their crafts while boats drifted down the river. We stayed in a little family guesthouse, 3rd floor, with a balcony overlooking the river. Only the sound of the river and flutes would drift up to our rooms.

HotelsMap
Even though we were on the edge of winter, we didn't want to miss Dragon's Backbone. After walking over an hour the path leveled off, and we were afforded spectacular views of the Backbone and the villages below. It is named so because the rice terraces resemble a dragon's scale. Not to forget, the sunrise here is magnificent. We explored the Dragon's Backbone Terraces and were treated to breathtaking views for several hours before climbing down to the village below. 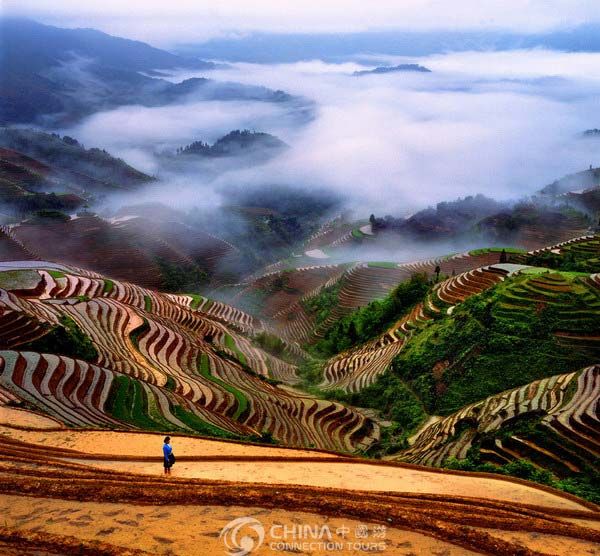 HotelsMap
The Xishuangbanna Region, in the deep south of Yunnan, is next to the Myanmar (Burma) and Laos borders. This fascinating cross-cultural area has a real laid-back feel to it and it's easy to slowly visit small towns; the Dai Buddhist temples and surrounding villages of the Hani, Lisu, Yao, Jinuo people. Xishuangbanna Region is home to many endemic species of plants and wildlife and has an ever diminishing number of wild tigers, leopards, elephants and golden-haired monkeys. We weren't fortunate enough to encounter any wild creatures face to face and we chose not to pay great sums for a 'wild' tourist experience. 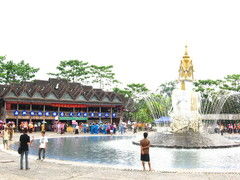 HotelsMap
For some it is located on the Southern Silk Road, for others in remote Tibet or Qinghai, still others claim that Zhongdian or Shangri-La, in the mountains of western Yunnan, (on the road to Lhasa,) is the place. Parts of Old Town and the surrounding villages remain untouched and the neighboring valleys exude this peace of dreams. This lost valley will not disappoint the dauntless traveler. 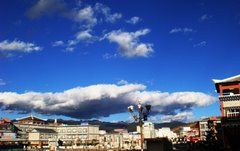 HotelsMap
Most of Tibet consists of an immense plateau with an altitude of 4000-5000 meters, fortified by the mighty Himalayas. Adrenaline rushing through our veins and the thrill of the adventure spurring us on, we got up early in the morning to explore one of the remaining gems of Tibet. The first ones to arrive at the Gyantse Kumbum, it was the magical hour as the first warm rays filtered over the mountain and lit up the golden domes of the temple. Drumming from within the temple hardly disturbed the sleeping lumps of fur posing as dogs, while pilgrims started their morning 'koras' and prostrations. The dark interior chapels were lit by yak butter lamps. The flickering lights danced on ghoulish masks and paintings of grotesque demons; portraying our self-created hell on earth. Using this fear and the accompanying superstitions as a control, the monks rush in to protect the flock from harm. 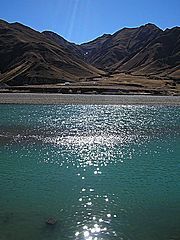