Gurudongmar Lake, a gem in Swiss Alps of India

Out of the approx. 1000 people that make to this verboten place a day during season, a 100 or so decide to circumvent the lake. The entire perimeter runs a distance of 5.3km at an altitude of 18000ft (5400m) where you start feeling light headed and dizzy soon as you step out of the car. Out of those 100, which make to as much as a kilometer or two, there are some 15-20 moonstruck who eventually do it.

A gem in Swiss Alps of India 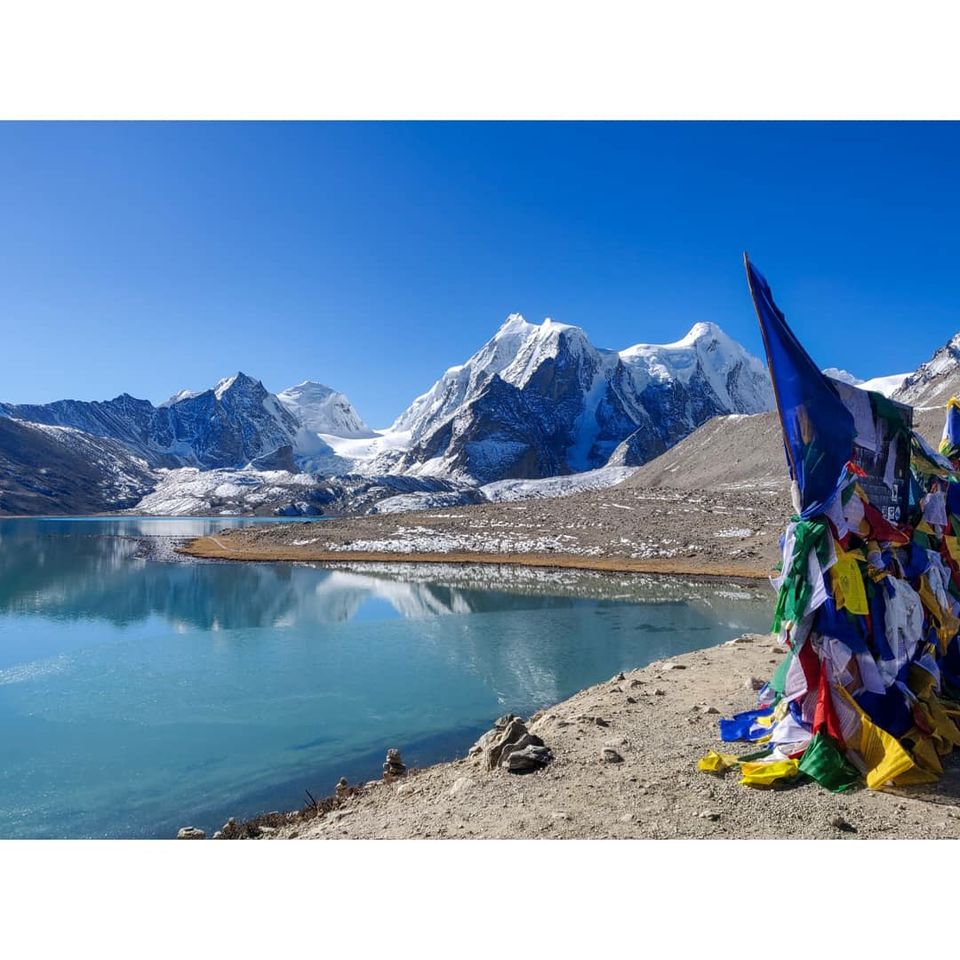 From the Other End 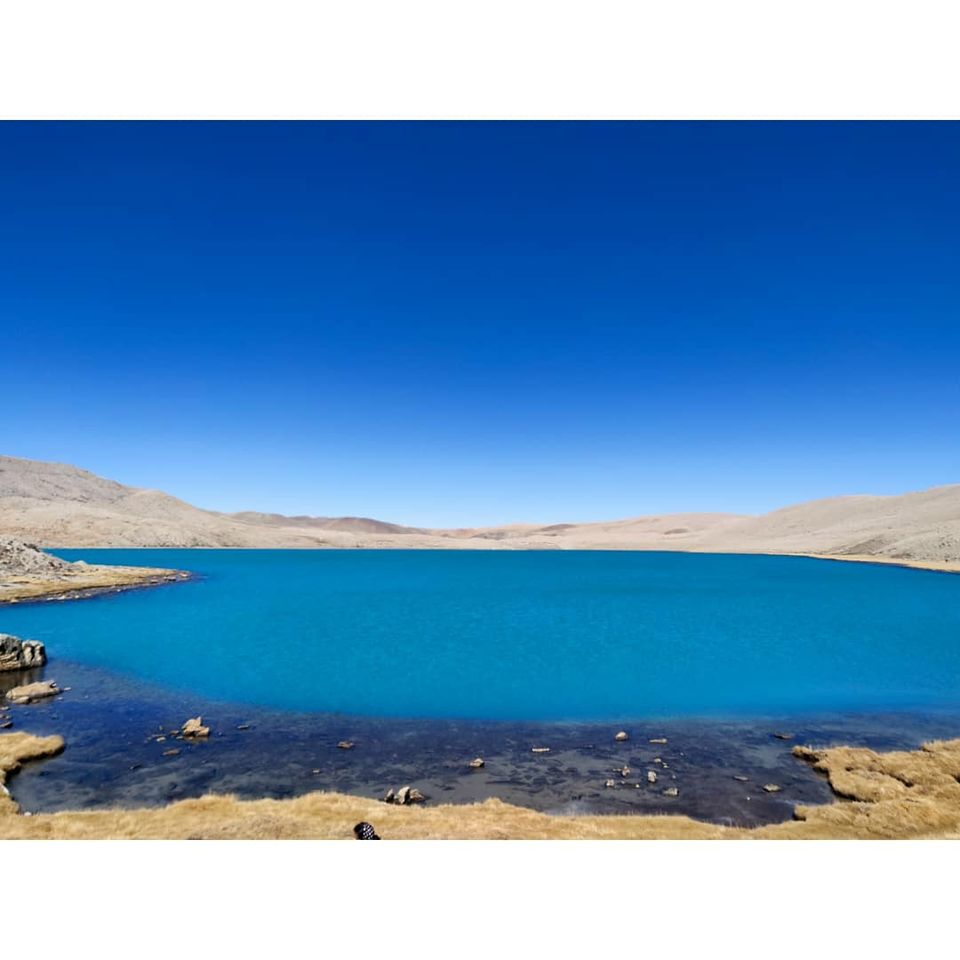 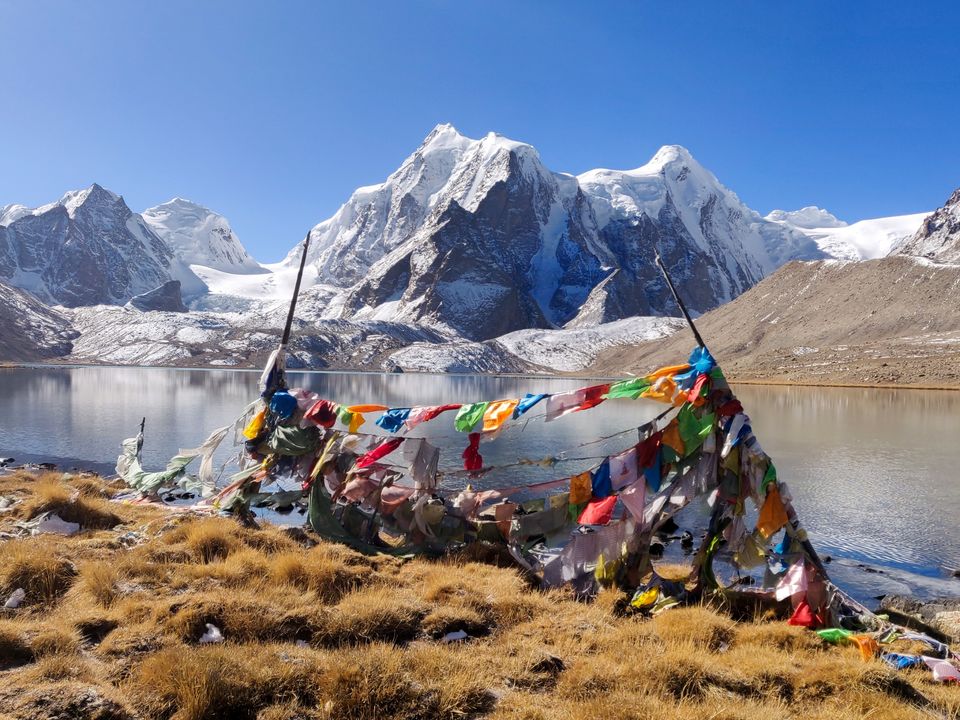 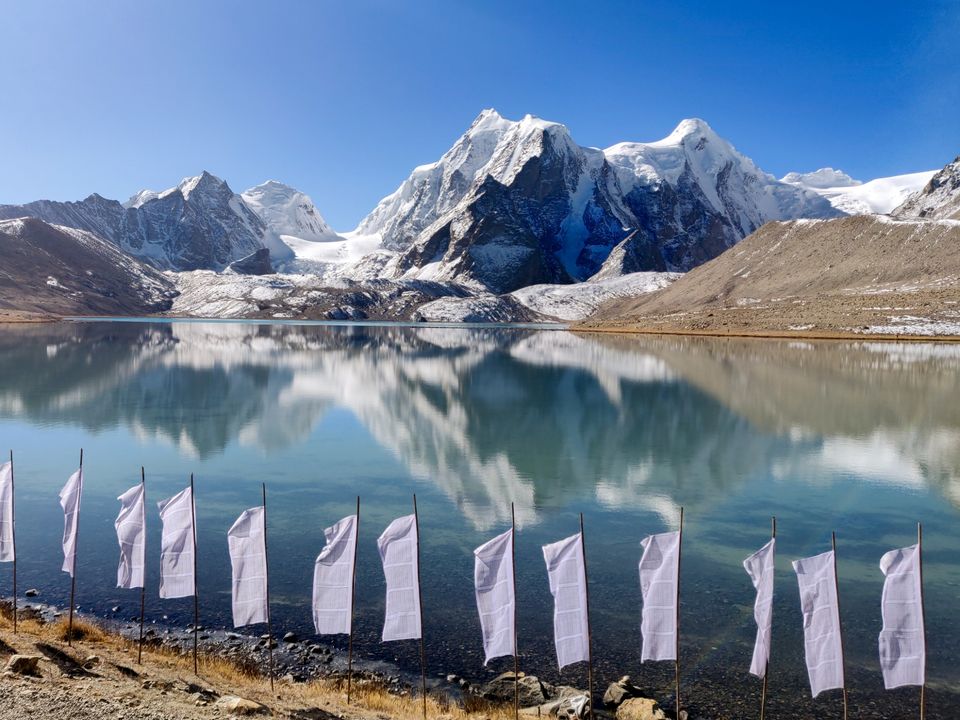 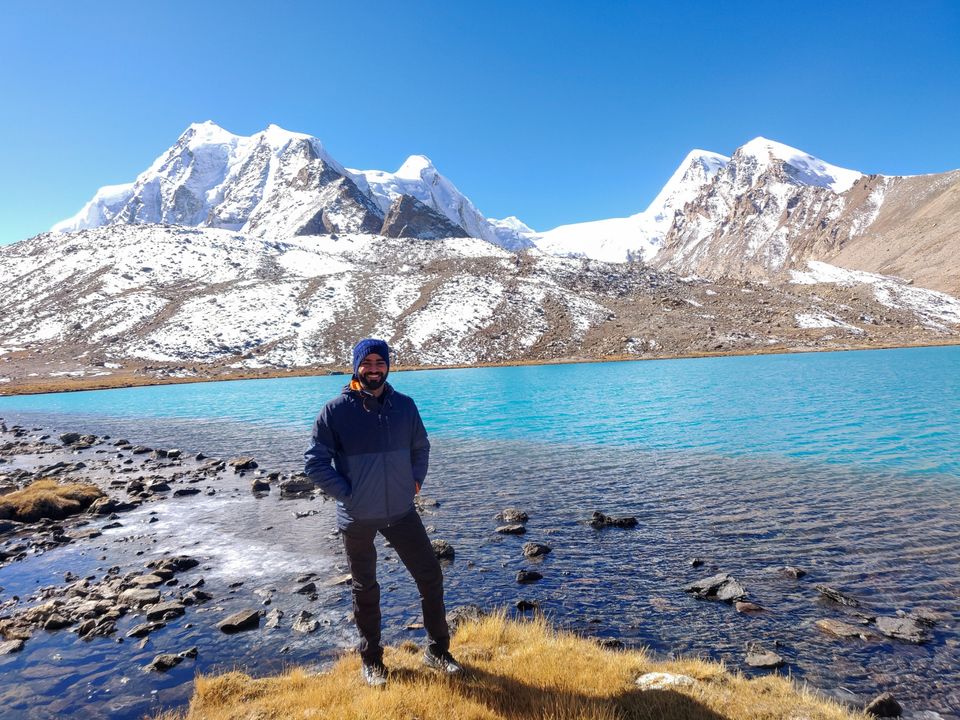 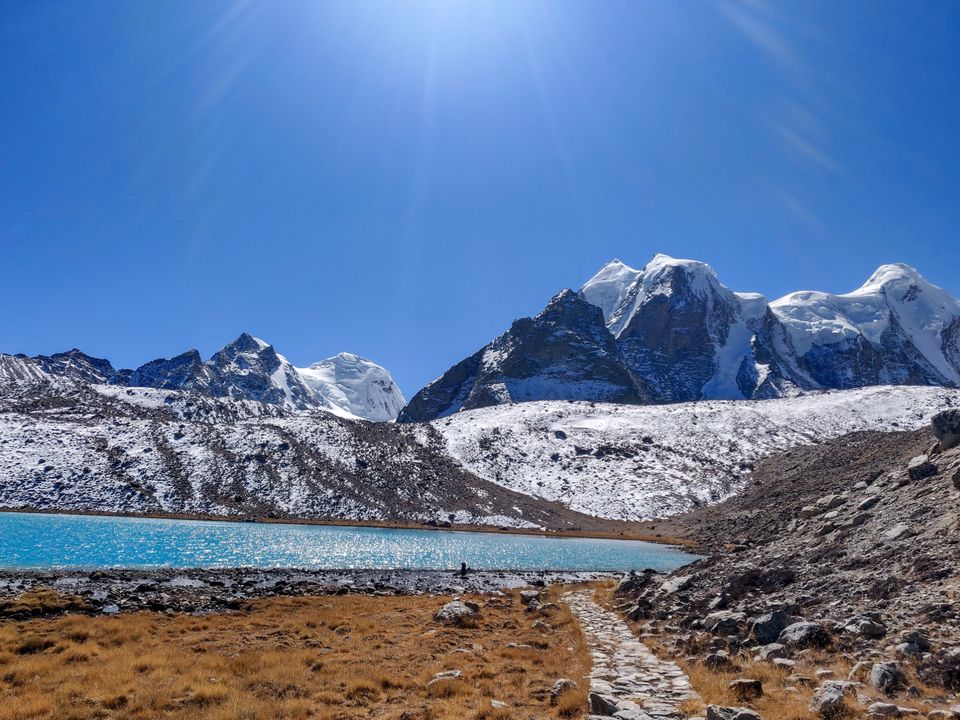 Needless to say, me, along with 4 of my co-travellers, in sheer lunacy that took us over at the sight of the entranced lake circumvented the lake, soaking in the beauty and a thousand views all along. It is during this time that we realized how the lake had a million tints of blue up its sleeve, from sapphire to turquoise to tiffany blue, depending on where from you were looking at it; in all fairness out of bounds to people who stare at this beauty from a distance away. The plan was hatched the previous night while taking a stroll after dinner with two strangers in Lachen. We realized if we had made it this far, we couldn't return without walking around the lake.The only setback was that we had no idea that it would be such a big perimeter, not unless and until we returned to Gangtok and looked it over on Google and admire ourselves at achieving this phenomenal feat in under 3 hours in extreme conditions. Well, sometimes it's one's will, sometimes madness and sometimes sheer determination coupled to discipline that is needed to cross over the line. And most importantly, the sound of your comrades ringing in your ears continuously asking you to go on and telling how the target is within your reach.  And so in the end there was the lake, hideously grand and gorgeously breathtaking in the rear views of my eyes. It hurts me to say goodbyes to such places; I returned, my chalice of my heart filled up to the brim with joy of accomplishment and senses bewitched with wonders this nature hold.