Hampi: The empire strikes back 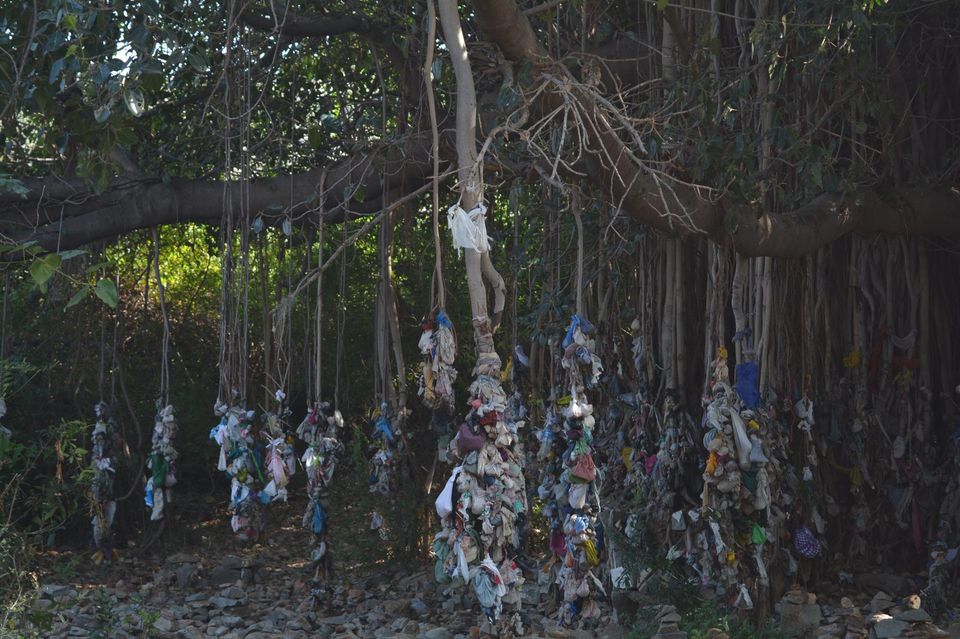 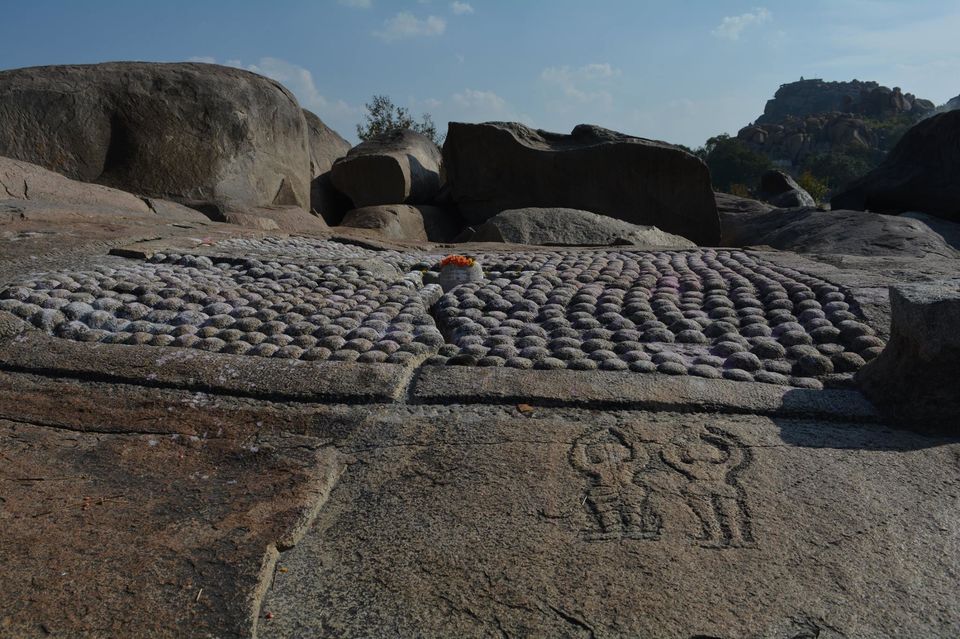 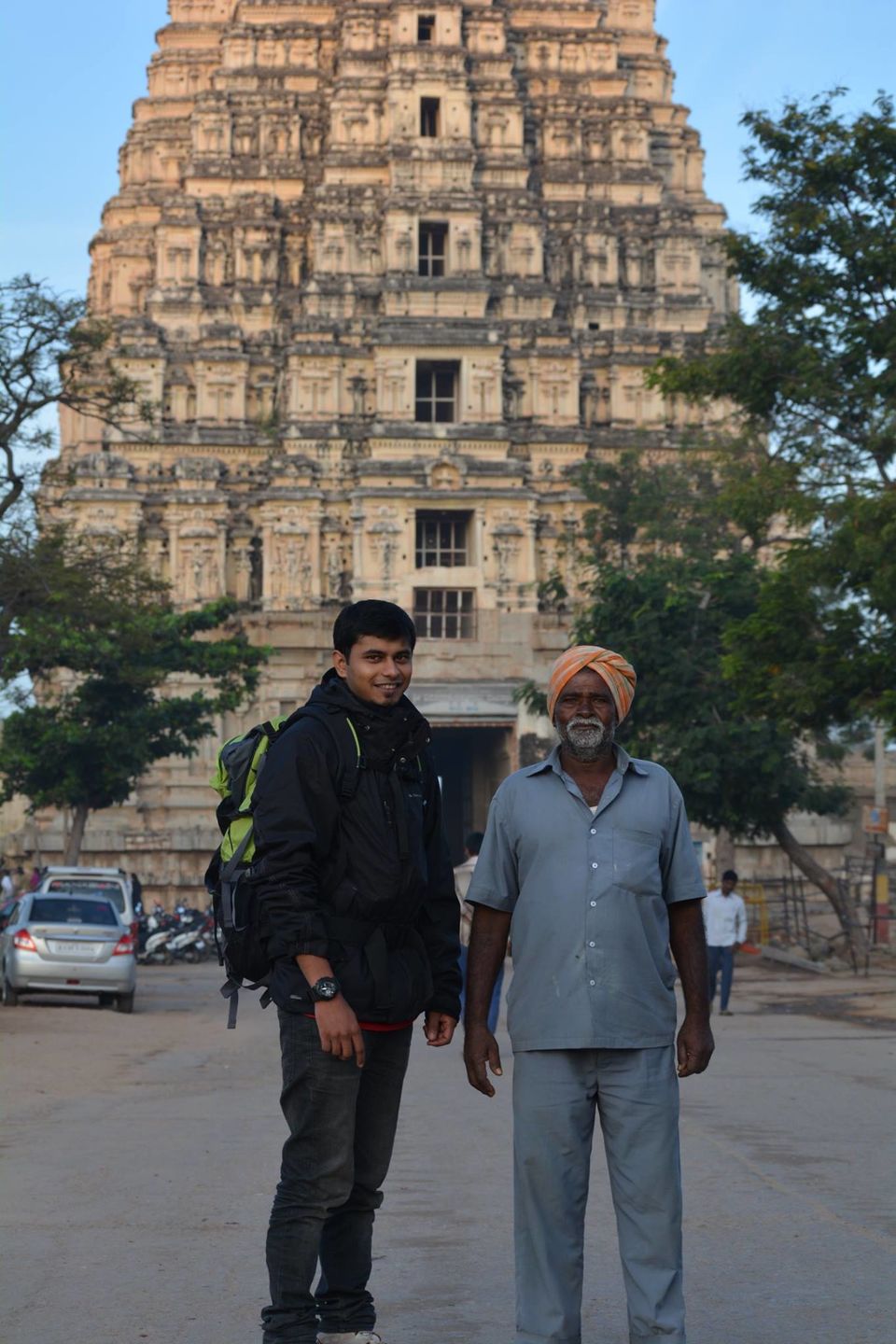 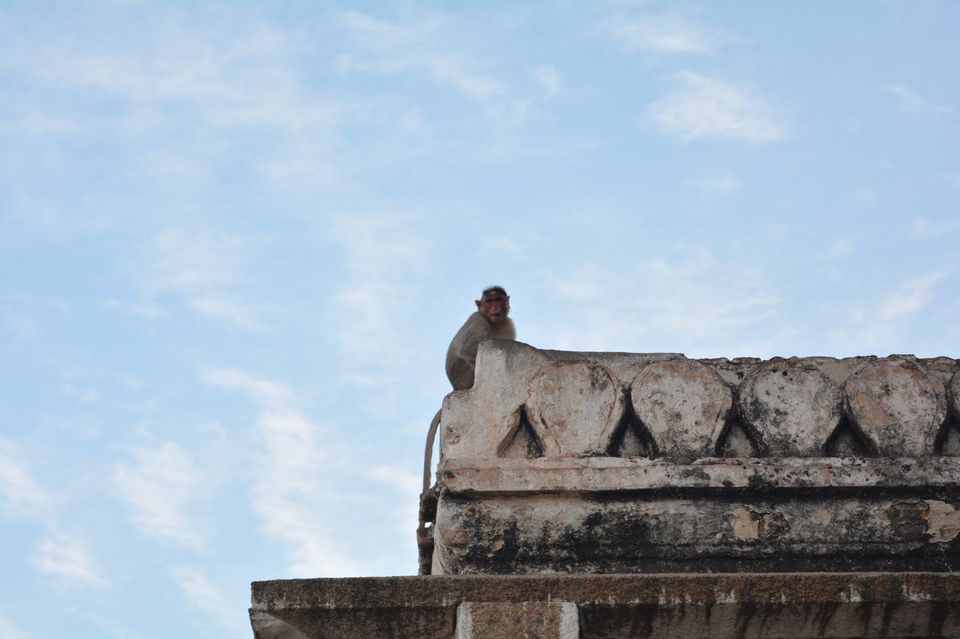 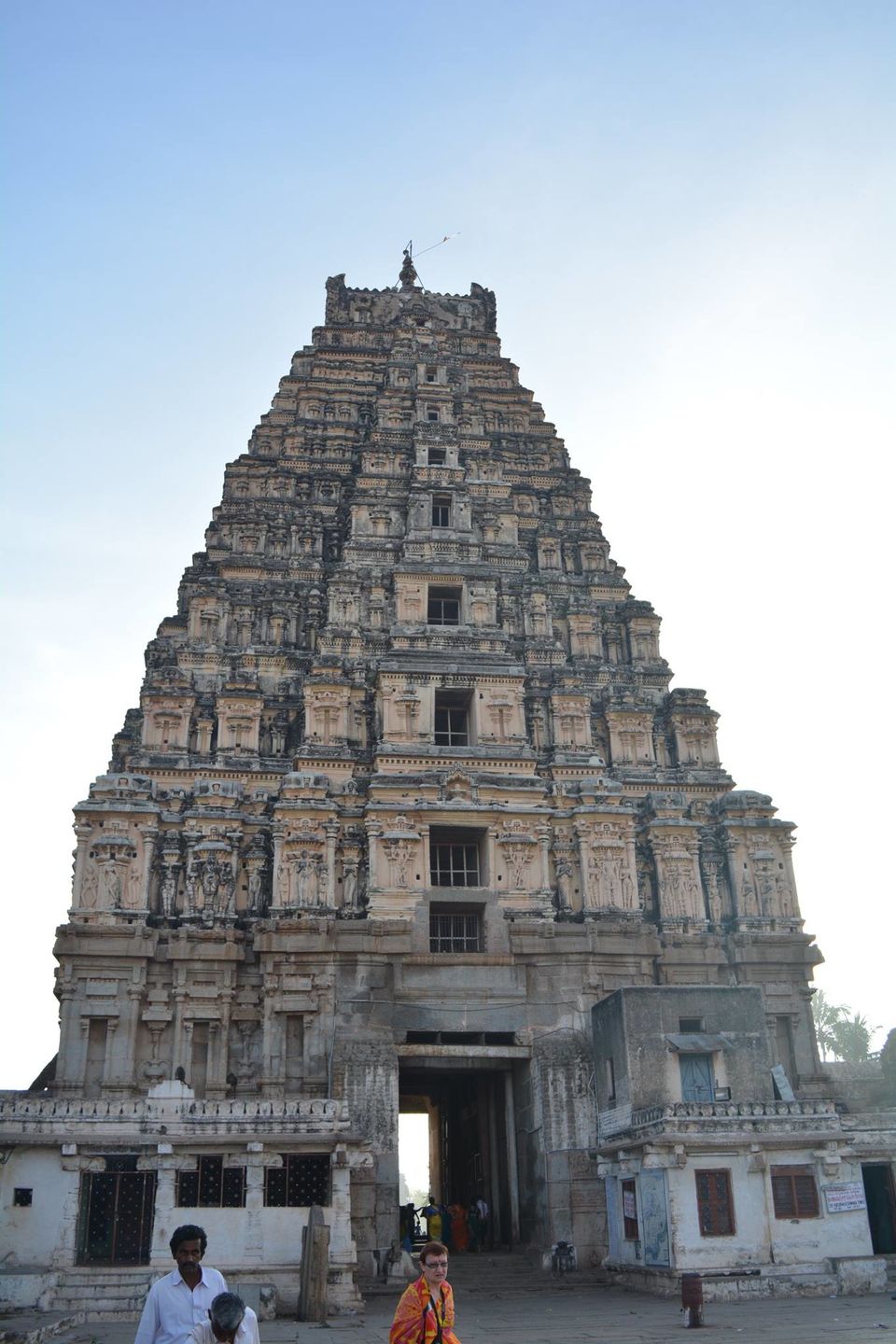 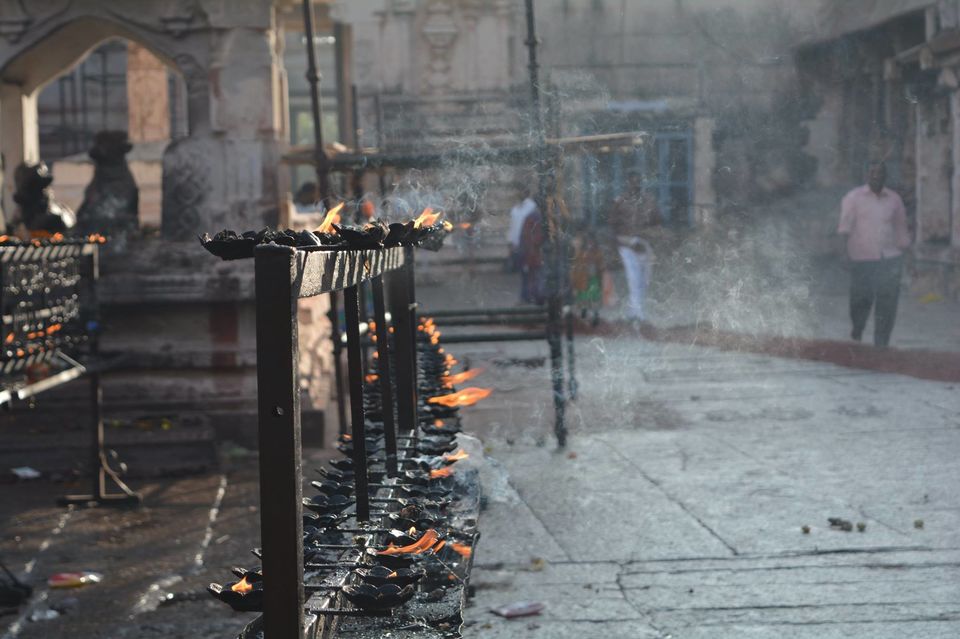 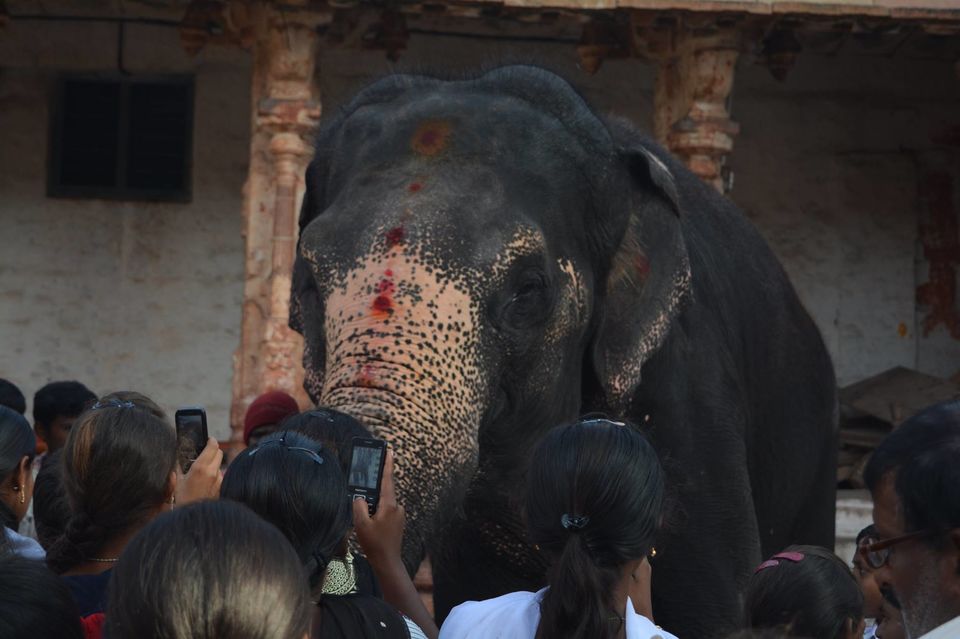 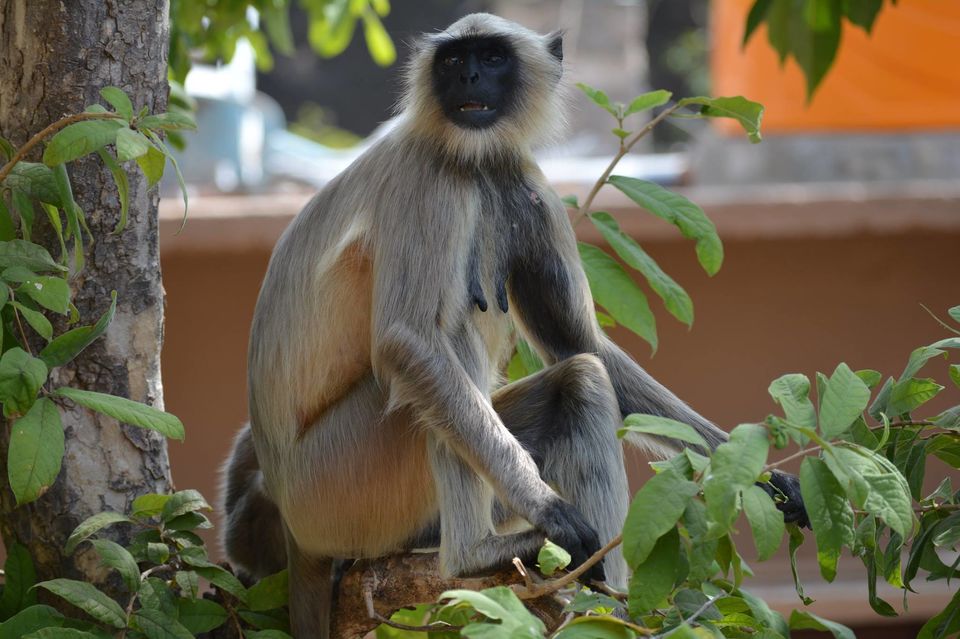 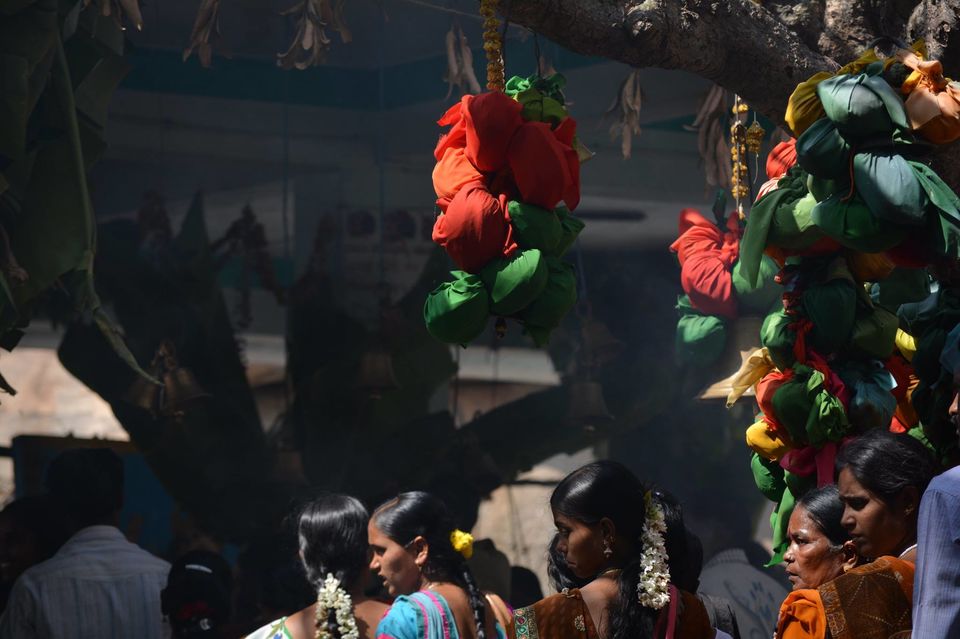 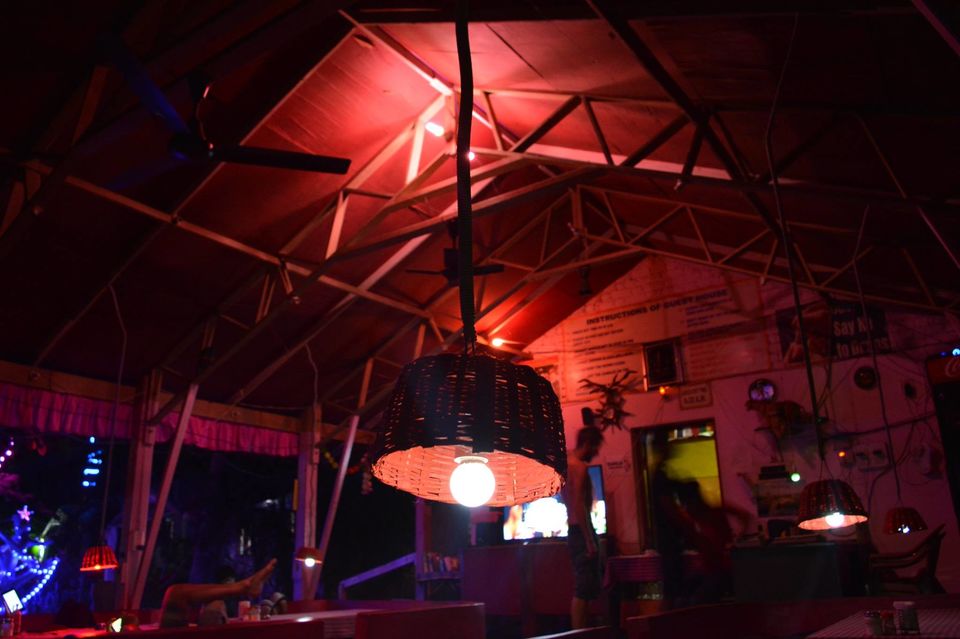 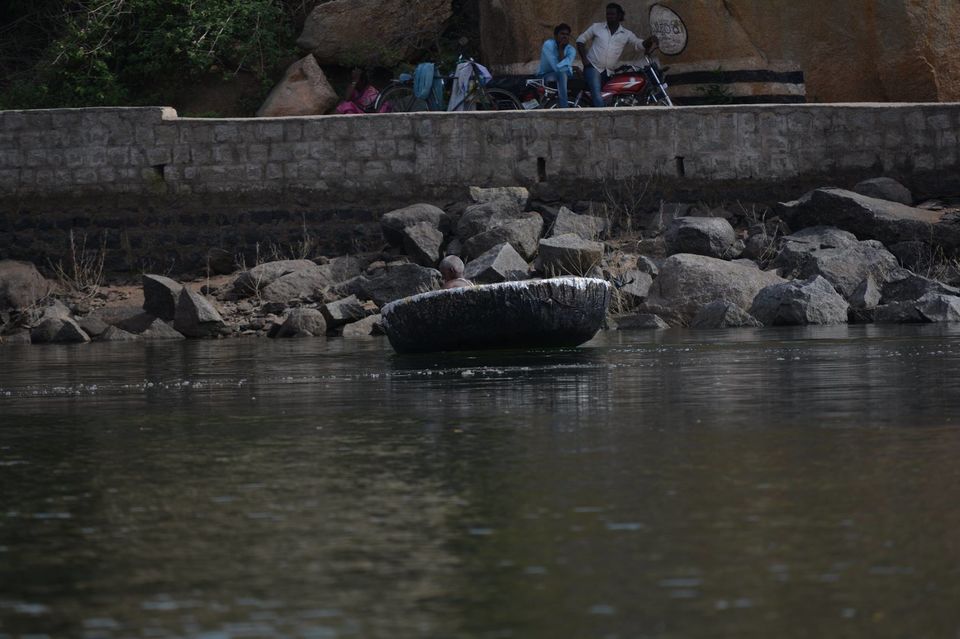 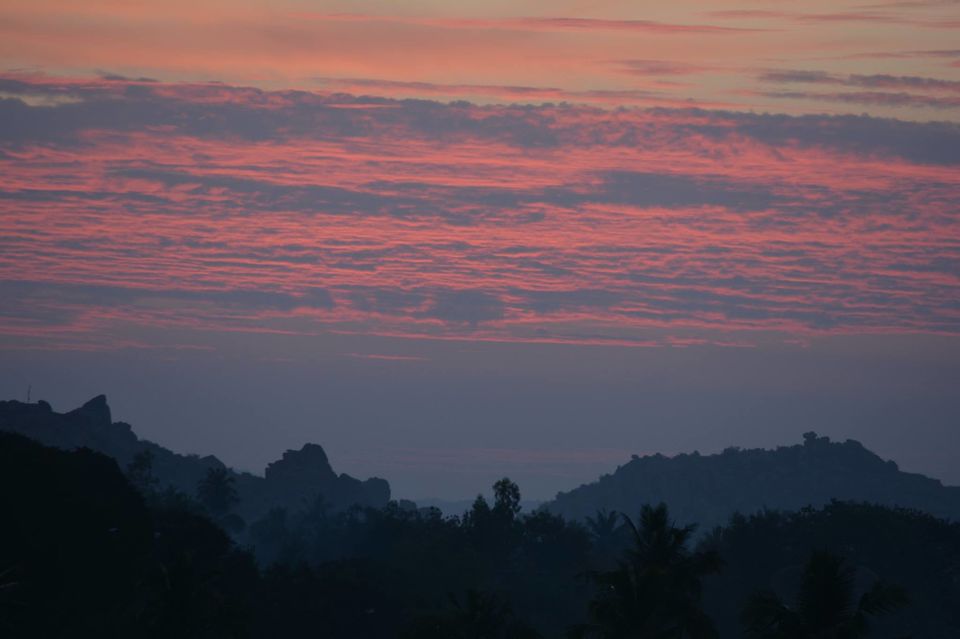 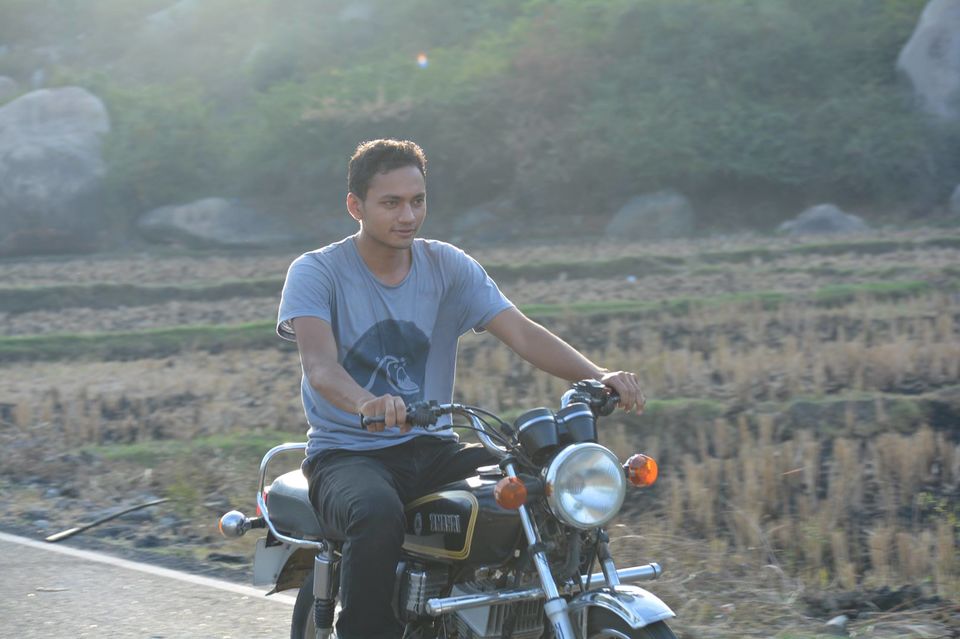 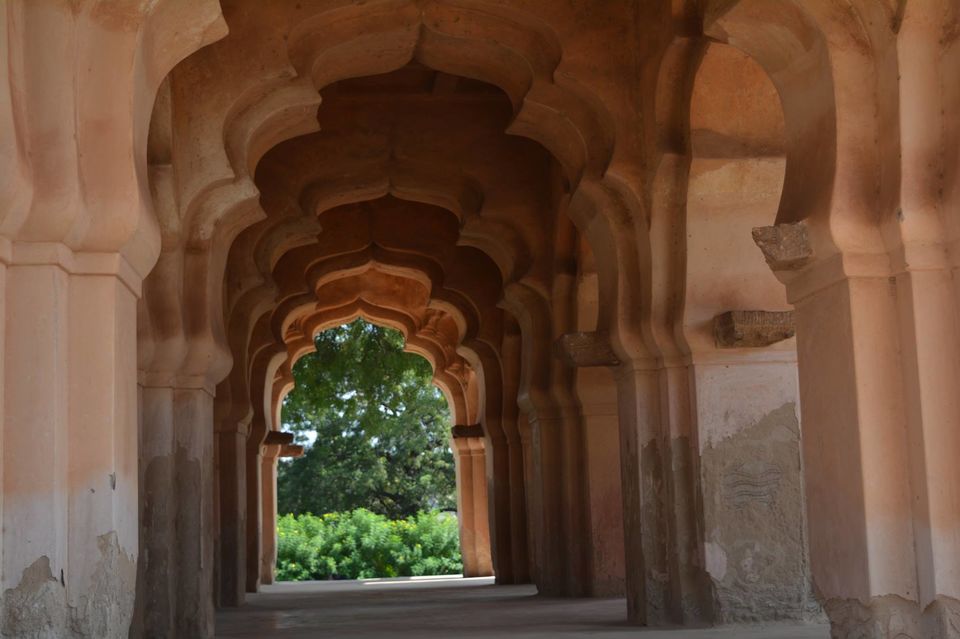 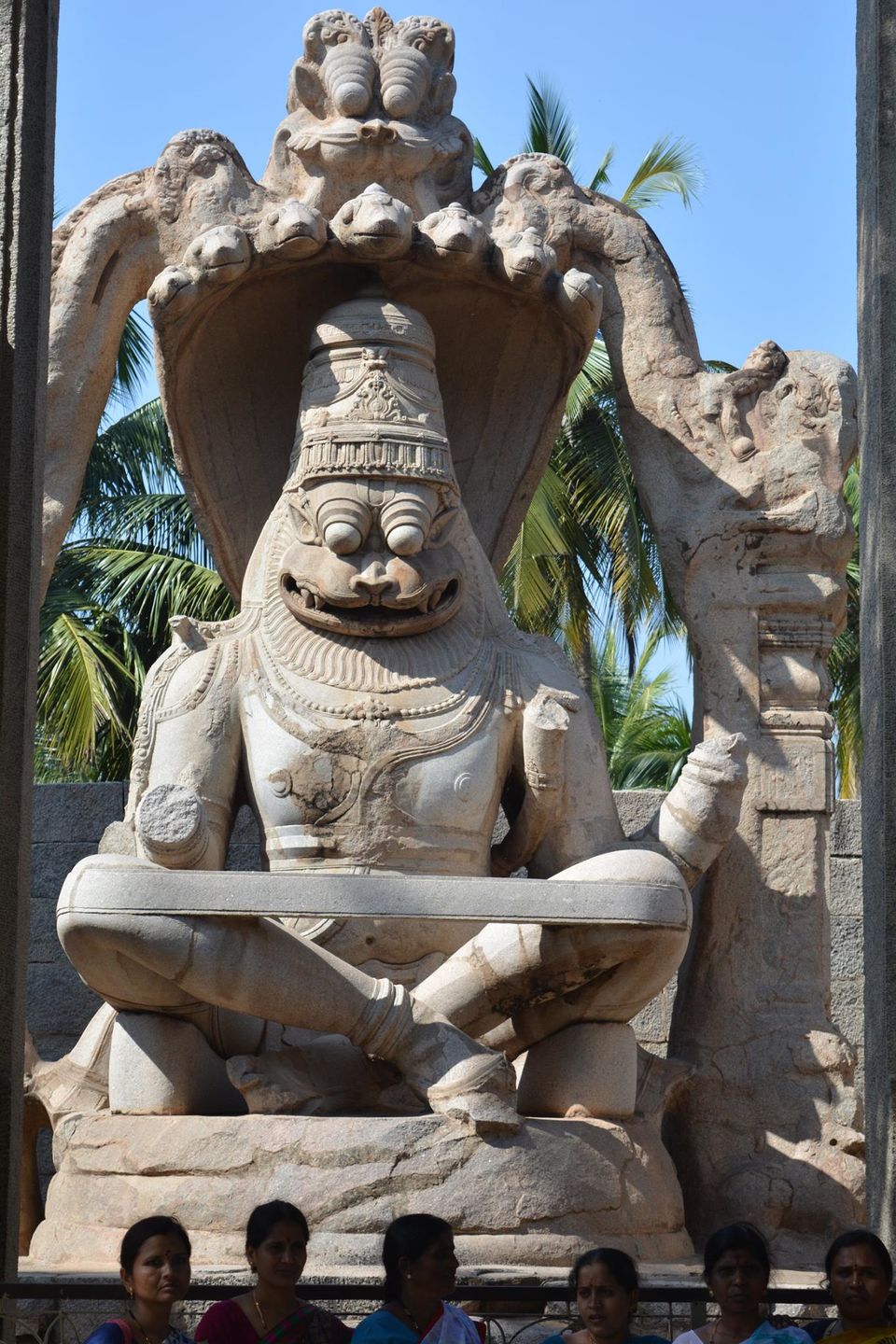 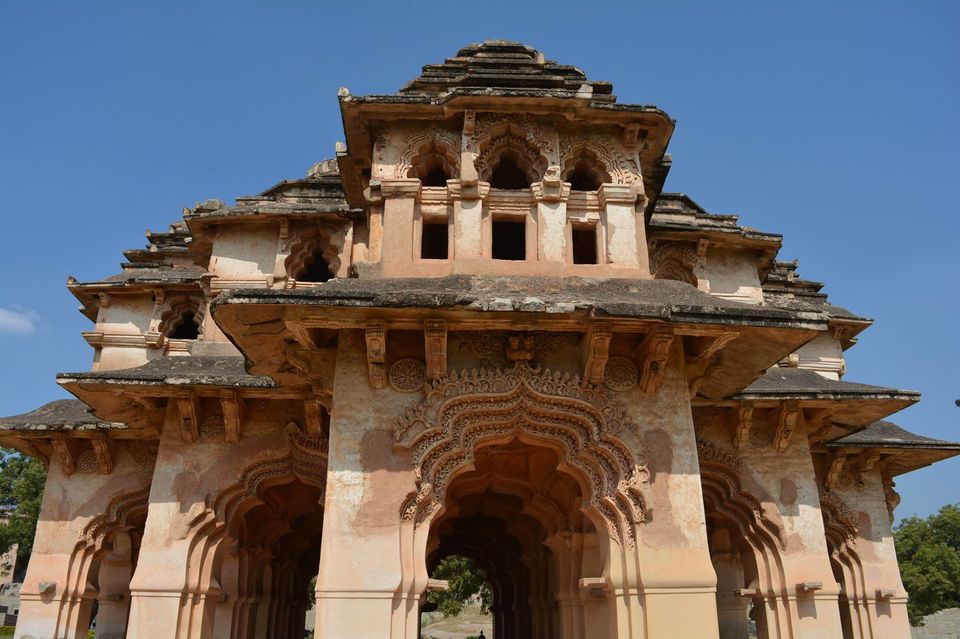 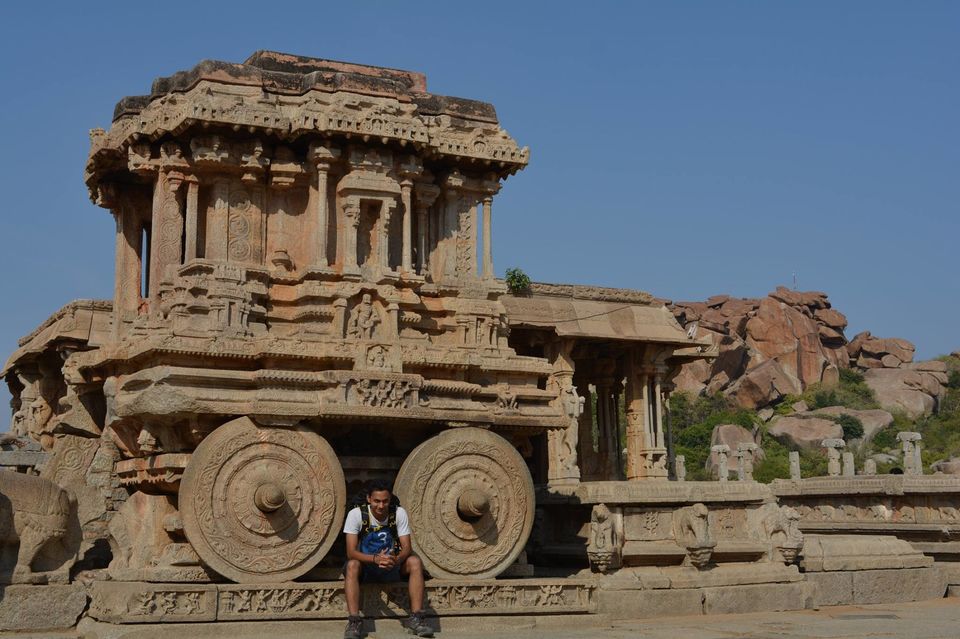 On a long weekend and tight budget, Hampi looked the perfect destination to unwind. Me and my flat-mate (both almost broke) packed our rucksacks and decided to set off on the journey to the capital of Vijayanagar empire (Hampi).

Trivia about Hampi - Hampi is a Unesco world heritage site, housing some of the oldest sculptures, temples and monuments in the world. It was one of the richest and second largest city (in terms of population) in the 15th century.

Notes on our journey -

We visited the most famous and awe-inspiring Virupraksha temple, standing tall since 15th century. If you go early in the morning, you get a chance to see the Elephant who pays a visit daily to the temple. You can get his blessings by paying a mere amount of Rs 10(yep, nothing comes for free).

We had 2 days to spend in Hampi, so we agreed upon chilling out at the Hippy part of Hampi during 1st day. You have to take a right from Virupraksha temple which takes you to a river stream, you take a ferry (takes Rs 10) to cross the stream.

Hola! you have arrived at the Hippie island. We were the only Indians (except for the locals) there, the place was full of Israelis, Russians and few Britishers. You'll find lots of guest house along the only lane there.

After checking out all the guest house(on the hunt for the cheapest), we stumbled upon Hema Guesthouse : one of the cheapest and appealing guest house. Took a hut for Rs 250 (for 2 people)! Luckily the owner had a Yamaha RX-135 to rent out and we grabbed the opportunity (200 bucks for the Yamaha). Normally, you'll find cycles and mopeds for rent available with every guest house.

1st Day - Visited the famous Hanuman Temple on Anjani parvatha ( believed to be the birthplace of lord Hanuman). You'll find a lot of Langoors welcoming you outside the temple, nothing to be scared of, they are pretty welcoming :) It's a nice 20 mins trek up to the hill climbing stairs. But the view from up above is breathtaking, should witness either Sunrise or Sunset from the top.

Next we went to the lake nearby, you get beer for 200 bucks on the lakeside. You get a cliff to jump from into the lake! Spent the evening near the guest house with good music and beer!

2nd Day - Took a cycle on rent and covered all the monuments and historical places. Hampi is a paradise for rock climbing enthusiasts, as Hampi has lots of Boulders around it. You can get climbing equipment from one the climbing shop in Hippie island.

The journey came to an end on 12th Dec as we tool a bus back to Bangalore. Back to the 'concrete jungles'.

Hampi - I'll see you again, but on a solo trip next time!

HotelsMap
Capital of Vijayanagar empire, Unesco world heritage site ; Hampi was one of the largest and richest city in the world in 15th century