Here's Why You Really Should Move to Turkey--NOW!

Care for a Slice of Turkey This October?

There’s more misconceptions about Turkey than you can shake a camel’s tail at. So if you’ve never been here, let’s play a game. Forget what you think you know about the place, and instead, just answer these questions:

Do you love great food?

How about cheap prices?

Are you happy around friendly people?

Look, friends--life doesn’t have to be complicated. I mean, it can be, for sure. And I got tired of complexity. That’s why I dropped out of the rat race…completely. It wasn’t easy, and I know it’s not something everybody can do. But hear me out. I was working your standard eight hour day, doing an admin job that was somehow both boring and tedious yet also stressful and a pain in the neck. My company offered a meager retirement option after working 21 years with them. So I took the meager offer and moved, from Washington D.C. to Kusadasi, Turkey. And I took the family with me.

Why’d I do it and what do I hope to get out of it? I did it because despite a salary of $7,000 a month I felt essentially broke and like I was living paycheck to paycheck. I bought virtually nothing for myself; I didn’t even own a car (my wife did, a 13 year old Honda; sometimes she let me borrow it). So there I was working my 40 hours a week, just to pay an overpriced rent, overpriced groceries and utilities…just like I’d been doing for the previous two decades…and then I decided--no, scratch that--WE decided--"Let’s stop the madness. We don’t have to keep living like this. There’s other options."

Ok, But Why Turkey?

I’ll level with you (I always do, and it sometimes lands me in hot water). My spouse is originally from Istanbul, Turkey. She was studying food engineering and working for Turkish Airlines when we met. So naturally she knows the score about her country, and I can share it with you firsthand. It’s an awesome, exciting, unique place. And I’d been here before myself, four times. But most folks don’t have a clue about it. Either they think it’s a desert full of pyramids and camels, or they believe it’s a hotbed for terrorists. From my experience, it is neither.

Even after showing my friends and relatives pictures, even after they’d met my wife and listened to her stories…still, there was a tendency to pay more heed to the news, or rather to some parts of the news, about Turkey. I’m not saying news isn’t true but imagine this--if all you saw was news about America, wouldn’t you think it was the most dangerous place in the world? I abhor reading news about the tragedies back home, but I know they are only part of the picture. You can only truly tell about a place and its people by living there!

Unfortunately people are often too willing to make up their minds about a place based on sound bites and, sorry, religious biases and prejudices. What do I mean by that? You know, in the case of Turkey--I’m talking about misplaced intolerance towards the Islamic faith. It’s a reality; a lot of persons who do not know any Muslims base everything they believe on the awful incidents caused by extremists. But a few things to note are, Turkey is still a secular country, based on democratic principles, and the nation is a part of NATO and a close ally to the U.S. Despite some disagreements from time to time, Turkey still hosts American bases and allows Americans to live unbothered on their soil. Many Near East/Middle East countries cannot say the same.

Skip ahead with me for a sec. I’m living on the west coast of Turkey now. We’re taken an extended vacation at Aqua Fantasy resort, in Selçuk, just north of Kuşadası-- one of the largest tourist stops in the country. Kuşadası is a small fishing village-turned-cruise ship port. Europeans flock here during the warmer months (some end up staying a few decades), yet most Americans haven’t heard of the place. But it’s beautiful, the Dollar is trading at 1-gets-you-3 Turkish Lira, and did I mention the food? Google it--Turkish food is rated in the top three of global cuisines. You like grilled meats, fresh fish, organic veggies, and lots of spicy peppers? This is your place, and it’ll set you back about third of what you’d pay in the States. How do you feel about drinking beer? Most Islamic countries don’t allow drinking alcohol; in Turkey, bars are all over the place, and they aren’t just for the tourists. Turks love to party! They also love to smoke, so that may be one area you may or may not take issue with. But yeah, they smoke a lot.

How’s about burkas? You know, those covers women wear in places like Saudi Arabia? Nope. Turkish women don’t wear them. Some do wear head scarves; well, so did my grandmother back in Oklahoma. But typically Turkish women, and I’d say especially west coast women, are less conservative and prefer to wear their uncovered.

Ever noticed how a lot of people always think of Greece as THE Mediterranean paradise getaway of choice? Turkey shares the same waters with the Greek Isles--the Med and the Aegean, all part of what’s known as the Turkish Riviera. Take another glance at a map; I’ll wait…

Did you do it? Probably not, but if you had (or if you know your Geography better than average) you realize--hey, Turkey had a boatload of coast! And yes, much of it is sitting on some of the clearest and warmest and calmest waters in the entire world. There’s a reason there’s so much history in this region. Ancient peoples flocked here and stayed, just like so many ex-pats (myself included) who came, saw, and settled. But maybe this is all too vague for you. You’re wanting something tangible; I can sense it.

Fine. Snuggle into your chair (or toilet seat, if that’s where you are reading this--and some of you are, I know it. You aren’t fooling me!). It’s time to get specific.

Kuşadası is a bit over an hour south of Izmir, the third largest city (behind istanbul and Ankara, the capitol). izmir (the small “i” is intentional, because that is the Turkish spelling) has an airport, so the easiest way for most folks to get here is, take a flight to istanbul (another small “i”) then another short flight to izmir. From there, negotiate a price with a taxi for your drive south to Kuşadası. This is how we did it, and the cost from the east coast of the U.S. to istanbul, via Turkish Airlines, was around $800 per person, travelling end of September. The airfare to izmir was around $45 per person. Note, you’ll need to buy your visa ahead of time; it’s around $20: https://www.evisa.gov.tr/en/

So at the izmir airport you’ll have locals standing in front of their shops offering rides, perhaps. We decided to bypass these guys and go to the many taxis out front. From there we asked in advance what the cost would be for the drive to Kuşadası. Negotiating the price in advance is likely a better deal than going by the taxi meter; fuel in Turkey is some if not the most expensive in the world, so while most things are indeed far cheaper here, cab rides are not as cheap as they once were. Still, they’re a far stretch better than D.C.! We took a driver up on his offer to do it for $50, and I think it was a good deal. A lot of folks around here are used to dealing with Europeans and hence Euros, or maybe even British Pounds, but our guy were happy enough to take payment in dollars. That said, I recommend using one of the currency exchanges to get at least some Turkish Lira.

Once You Are Here:

I took out around 200TL directly from an HSBC automatic teller machine, but that went fairly fast once we got to the resort and the kids started wanting to buy little odds and ends from the local merchants. For example, a sand painting was 60TL, and both the kids wanted to do one. So there went 120TL, like that! But avoiding these types of vendors, who are there specifically to cater to tourists who they know have money burning a hole in their beach shorts, and you can certainly get by for very little. In fact, since we settled for a bit in an all-inclusive hotel (Aqua Fantasy), I haven’t spent a dime in over a week (except for a cheap toy plane my son picked up in a tourist shop--30TL! Oh yeah, and I bought a pair of Tommy Hilfiger flip-flops for 50TL and a map of the area. Other than those, I didn’t spend anything--I promise!).

But how much is this resort, you ask? Okay, we timed it perfectly. The busy part of the tourist season was basically over, so prices had dropped by literally half. Thus, for a 2-room accommodation with 2 private balconies overlooking the pool, and with fantastic buffet meals, local alcoholic drinks, sodas, AND with included access to the next-door super water park--we’re spending $150 a day for our 4 person family. That’s really not bad, and did I mention it includes up to 4 hours a day of Kid’s Club for the little ones, as well as nightly kid’s discos and later, dance shows for the grown-ups? There’s also a private beach, with a la carte water sports options such as canoeing, diving, fishing, etc. Note, I do NOT work for the resort, and am NOT paid by them to write any of this; we just really enjoyed our stay. :)

All in all, I say this is a wonderful and vibrant place to live. If nothing else, consider a trip here to check it out for yourself. I guarantee it’ll contradict some of your preconceived notions!

If you'd like to see a bit more, I'm posting some mini online VLOGS (video blogs) on YouTube, such as this one below! For more, you can check my channel, Matty McMatt, on YouTube:

I also enjoyed watching the video series about the Differences Between English and Turkish People: 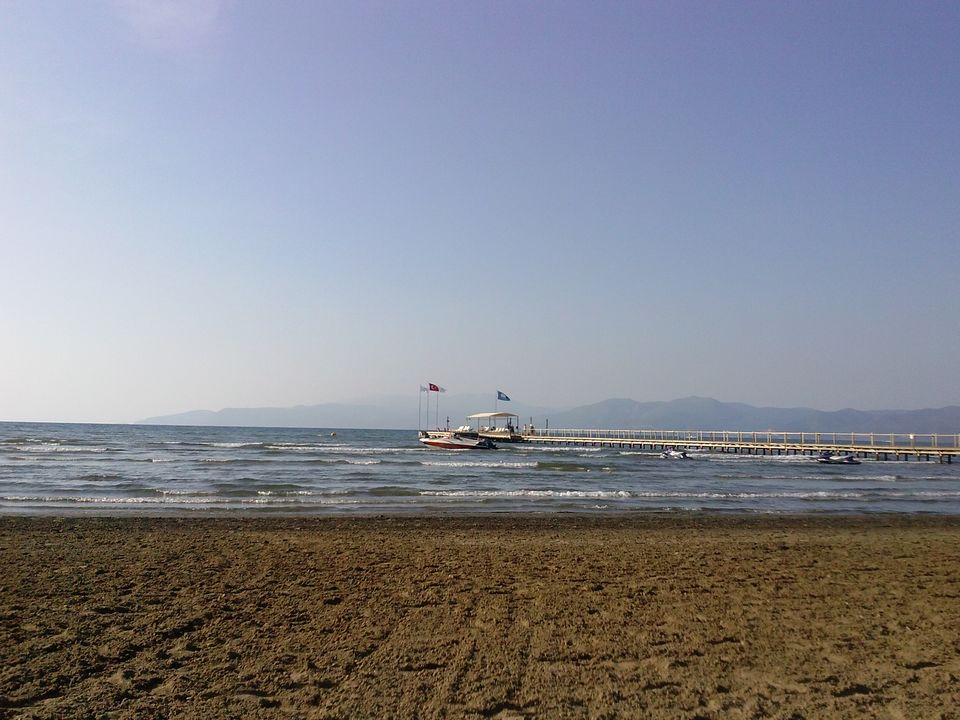 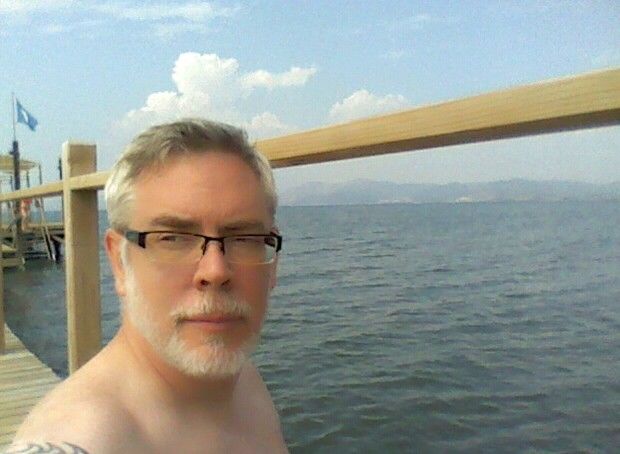 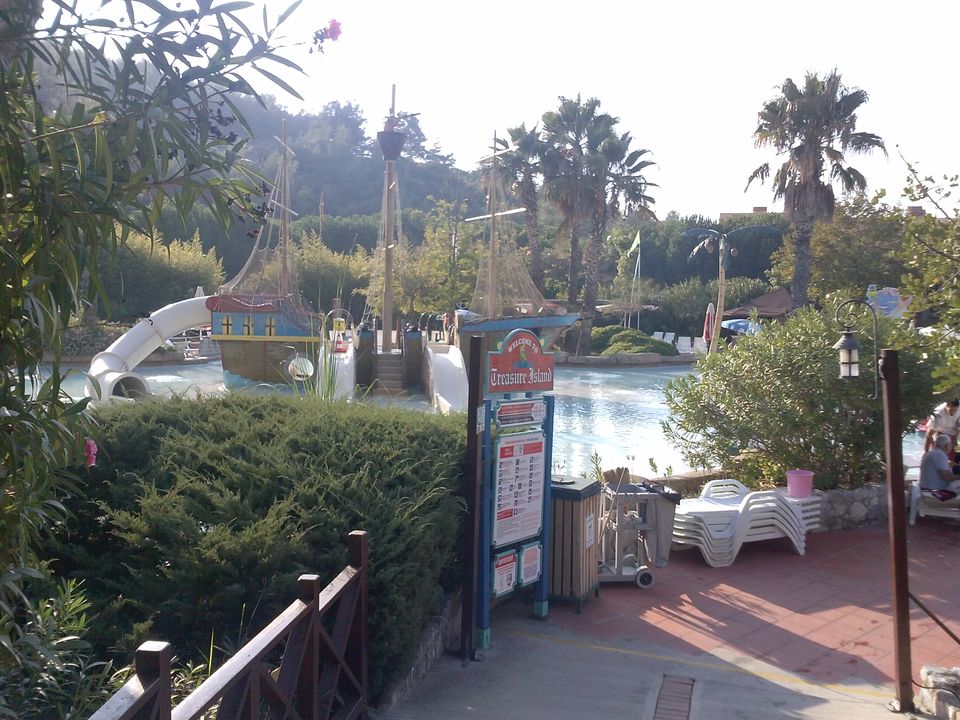 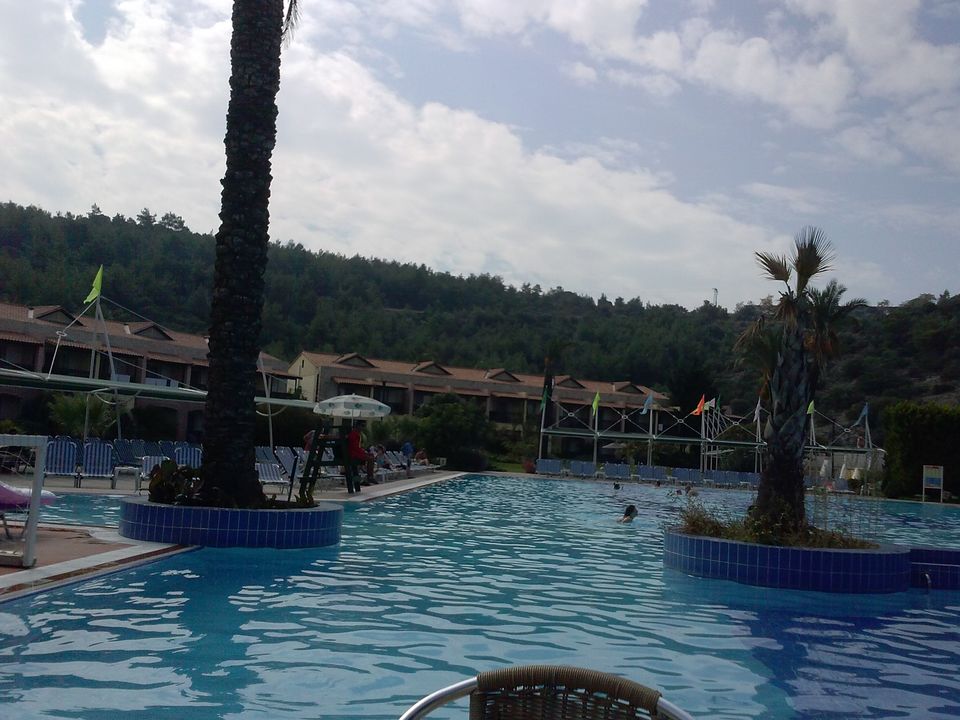 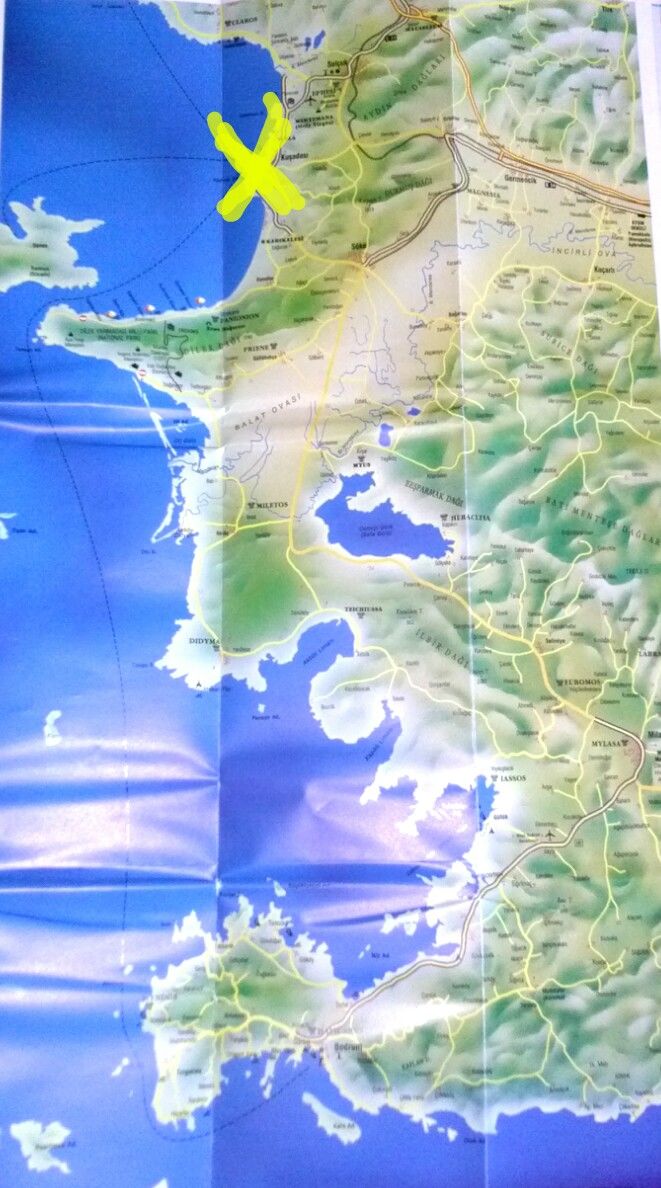 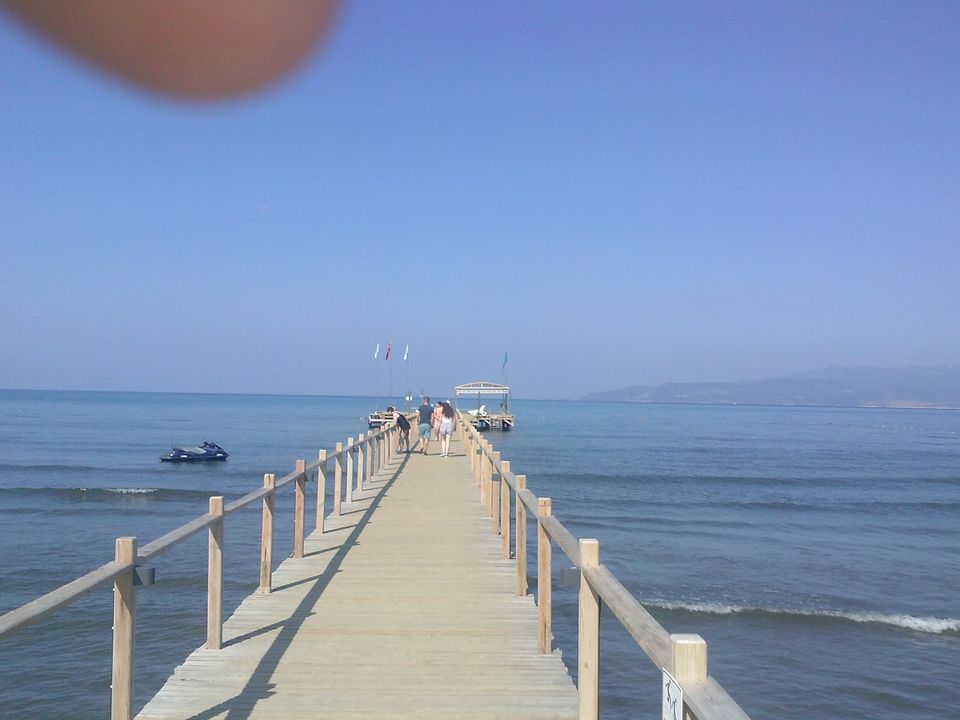 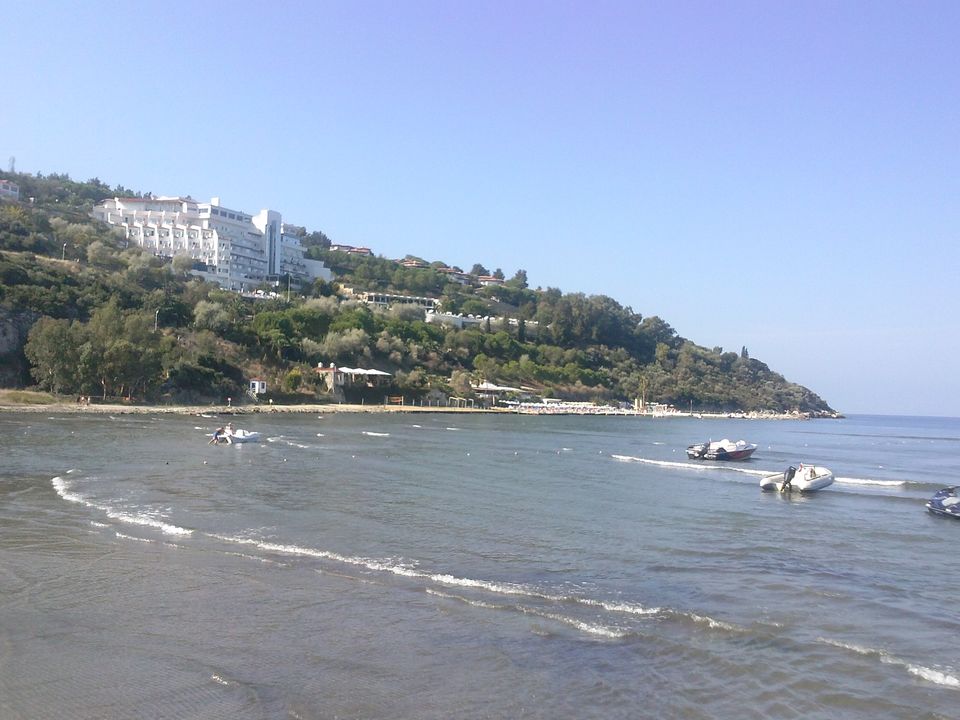 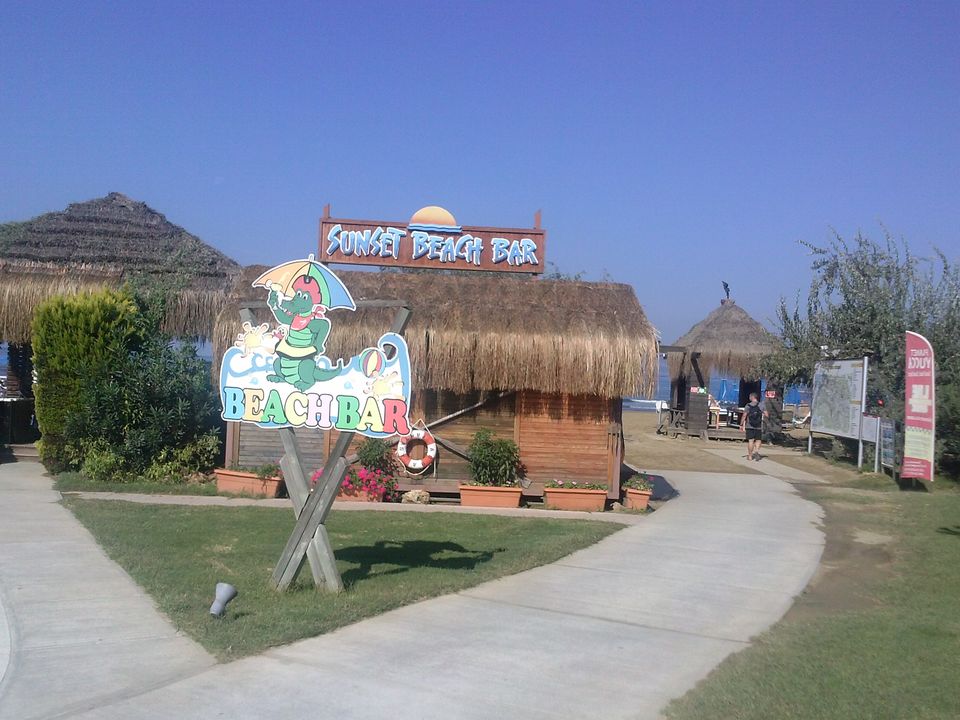 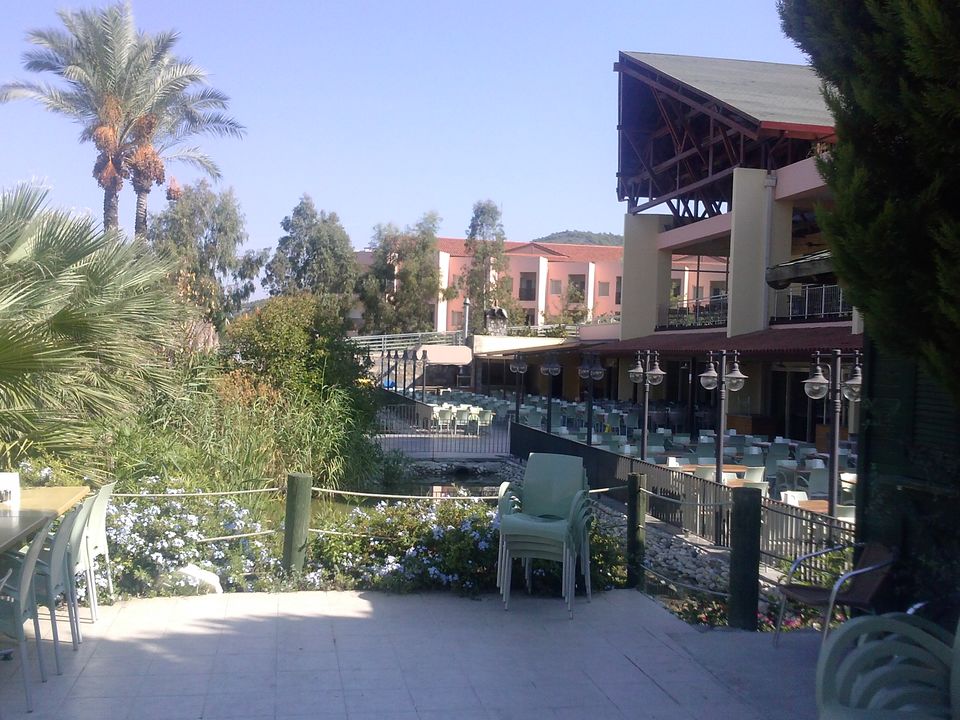