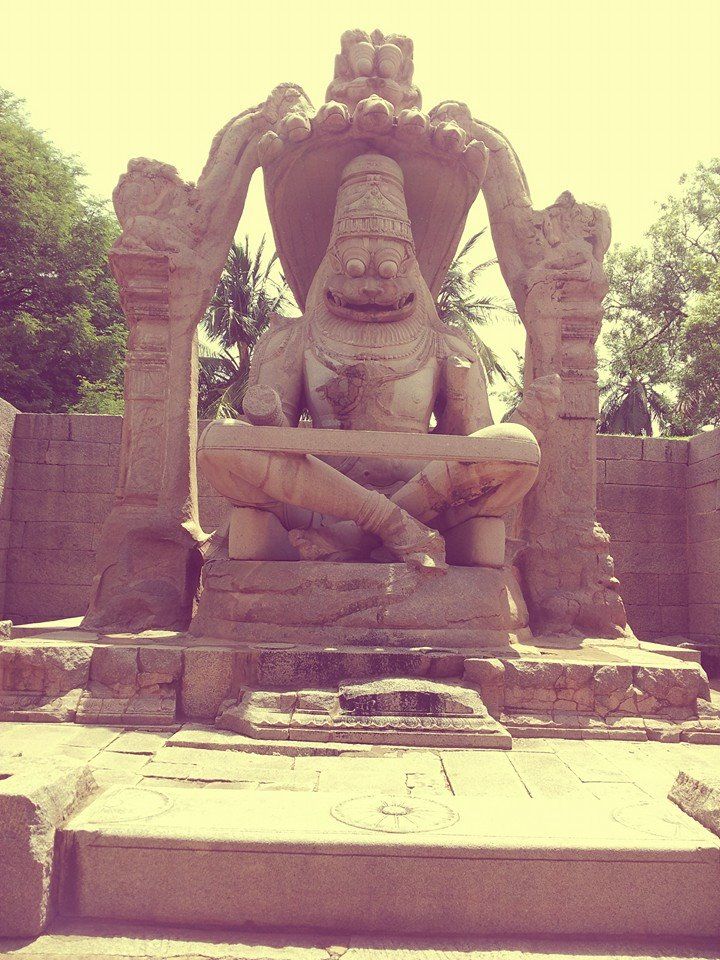 It’s said, "Explore an unknown world where the stones would tell us their dreams. And if dreams were made of stone, it would have to be Hampi."

Hampi is one beautiful village in Karnataka which is on the bank of the river Tungabhadra and is surrounded by huge boulders forming the hills.

This place which is now known as the city of ruins was once the capital of the Vijayanagar Empire. This empire was among the largest and richest empires in the world.

Hampi is known for the temples and monuments with spectacular architecture built before and during the rule of the Vijayanagar kingdom. Looking at their ruins now we can imagine how beautiful and glorious once was this place. The architecture of the structures at Hampi are so very magnificent that this place can be considered as one of the man-made wonders!

Hampi has the magical blend of art and culture. It has such an amazing history behind it that it has been recognized by UNESCO as one of the World Heritage sites.

Hampi is around 350 kilometers from Bangalore and October-February is known to be best time to visit this place when the weather will be at its best.

Here the gigantic statue of Lakshmi Narasimha, the tall gopuram of Virpuaksha temple and the amazing inverted image of it, the musical pillars and beautifully carved sculptors of Vijaya Vittala temple, the huge Stone Chariot and the Elephant Stable built in the Islamic style are some of the assets of Hampi which makes this place what it is. The Statue of Lakshmi Narasimha The amazing inverted image of the Gopuram. As it’s said this is the place where history meets mythology. It has strong connection with the great epic Ramayana. It’s believed that Lord Rama and his brother Lakshmana stayed at the Malayavanta hill here before marching towards Lanka for rescuing Sita. Anjanadri hill here is believed to be birth place of Hanuman. Also it’s believed Lord Rama first met Hanuman here at the place called Kishkinda. On the other side of the Tungabhadra river is the so called Hippie town which has some calm and pleasant resorts to stay very next to the greenery of paddy fields (Shanthi guest house is one of them). Here you also get to be part of the music jam which happens on the hill top during the sunset.

So we can say Hampi is divided into 2 parts. It’s all about history on one side of the river and hippiness on the other side. The town on other side of the river The amazing history and architecture of this place, lush greenery of the paddy fields and the banana plantations, the thrilling coracle ride on the waters of the river Tungabhadra, the kingdom of the never ending boulders, beautiful view of the sun going down from the Matunga and Malayavanta hills and the happening town on the other side of the river. This place has just everything in it to make our trip to Hampi a very memorable experience. Sunset view from the Malayavanta hills Hampi is one place which we should explore to know how rich, powerful and prosperous this part of the world was.