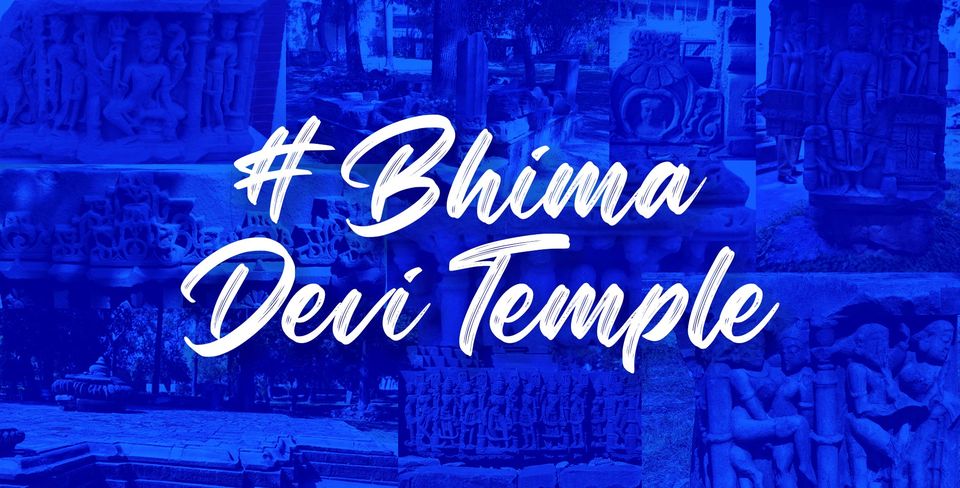 The statues of many divine weapons (who were men incarnated as weapons) and god attendants have been found as well. From the look of the huge spire and compartment remains of this Panchayatan temple, the grandeur of this place can be guessed.

Some inscriptions have also been found from this place during archeological cleaning in which the name of King Ramdev is mentioned.

It is possible that during the 9th to 12th century many temples were built along with this temple in Pinjore from the royal lineage of this dynasty. historical

It has also been confirmed from the texts that all the temples located in Pinjore were destroyed by foreign invaders from the 13th to 17th century who were against idol worshipping.

The ancient city in the area of Panchkula is situated in the foothills of the beautiful hills of Shivalik, was the birthplace of early man. However, this city was given more importance because of the Pandavas as they spent their last year of exile here. Therefore, it is a possibility that due to the association of this place with the five Pandavas, the ancient name of this place was called Panchpur and it is also found in the inscriptions as 'Panchpur', which with the passage of time became Pinjore after being disfigured.

After the discovery of this temple in the year 1974, the department took it under state security and started the work of archeology and as a result the remains of a Panchayatan temple have come to light. In the style of Panchayatan temple, a main deity's temple is built in the center of the same deity-family. Surrounding this primary temple, four temples of the other four deities are built at the four corners. The popular literature calls this temple Bhima Devi temple and according to 'Darga Sapashadi' 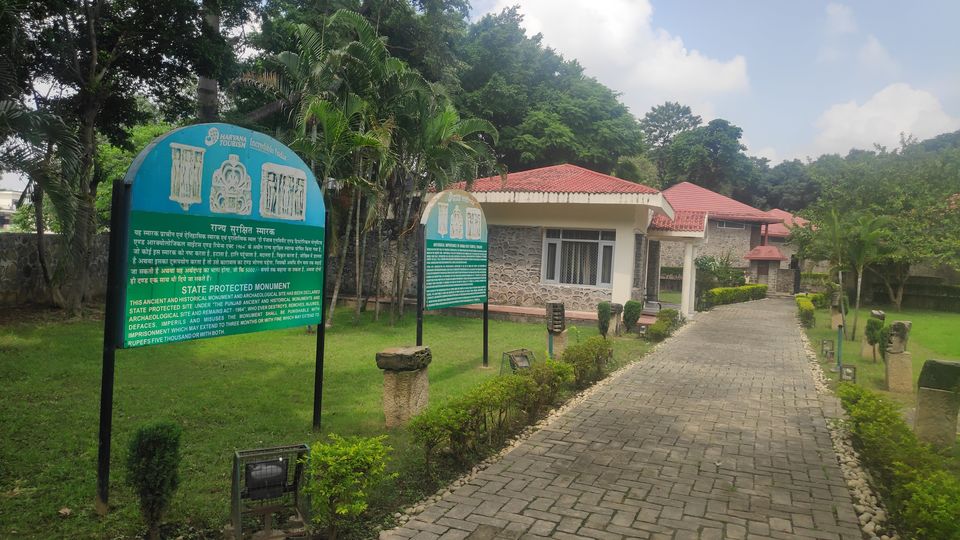 Panchayatan style is very popular in the Kalingan temples of Bhubaneswar and Khajuraho.

From the Puranic tales, Bhima Devi is one of the 5 Devis who are still alive in the present times as mentioned in Devi Mahatmya. There are four main temples of Bhimadevi. Three others are at Sarahan in Himachal, Nepal and in Maharashtra.

Bhima is an avatar of Goddess Durga but till now no statue of any form of Goddess has been found here. It is clear from the remains that were found here that there must have been a Shiva temple in the center here. Therefore, probably the four temples built on the four corners may have been of Ganesh, Kartikeya, Parvati and Bhairav ​​respectively. 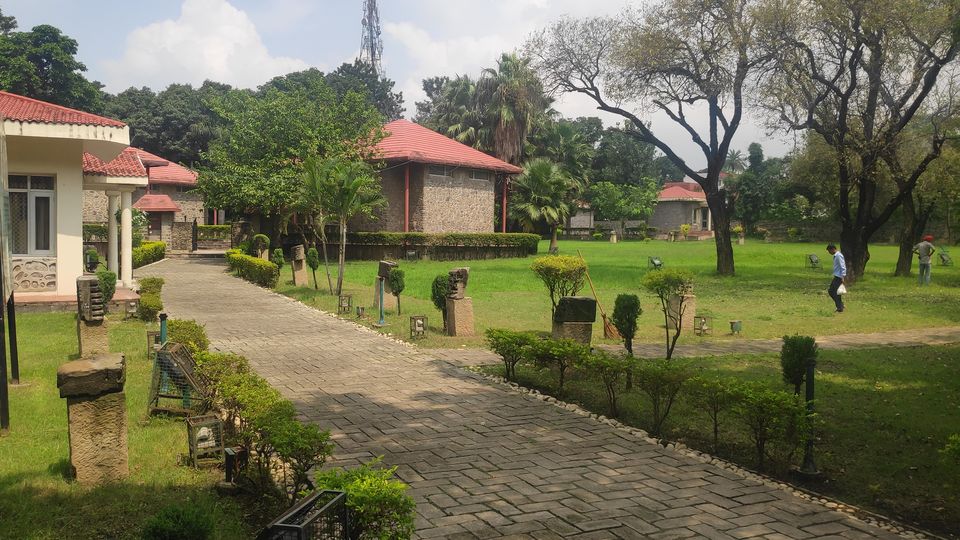 Just like other regions of the country Khajuraho (Madhya Pradesh) and Konark, Orissa, this temple is also just adorned on the outer walls with idols, statues and depictions which is in accordance with the architecture of the middle ages of 9th to 12th century, during which this temple was built.

The interior walls appear to be flat without any ornamentation. Many statues and idols of multiple forms of Vishnu, Shiva, Brahma, Ganesha, and Ashta Digpal have been found so far.

The last phase of demolition of these temples was done by Fidai Khan, the governor of Sirhind during the reign of Aurangzeb.

Some of the material obtained was also used in the construction of the famous Mughal Garden of Pinjore (Yadvendra Bagh), which can be seen even today.

A water tank is located close to the temple. It is believed to be one of the 365 water tanks that used to exist in this area. I was told 14-15 of these still exist.