Home On The Mountain Range: A Bangalore-Kodaikanal Drive

1. The wheels of the CR-V began rolling along NH7. 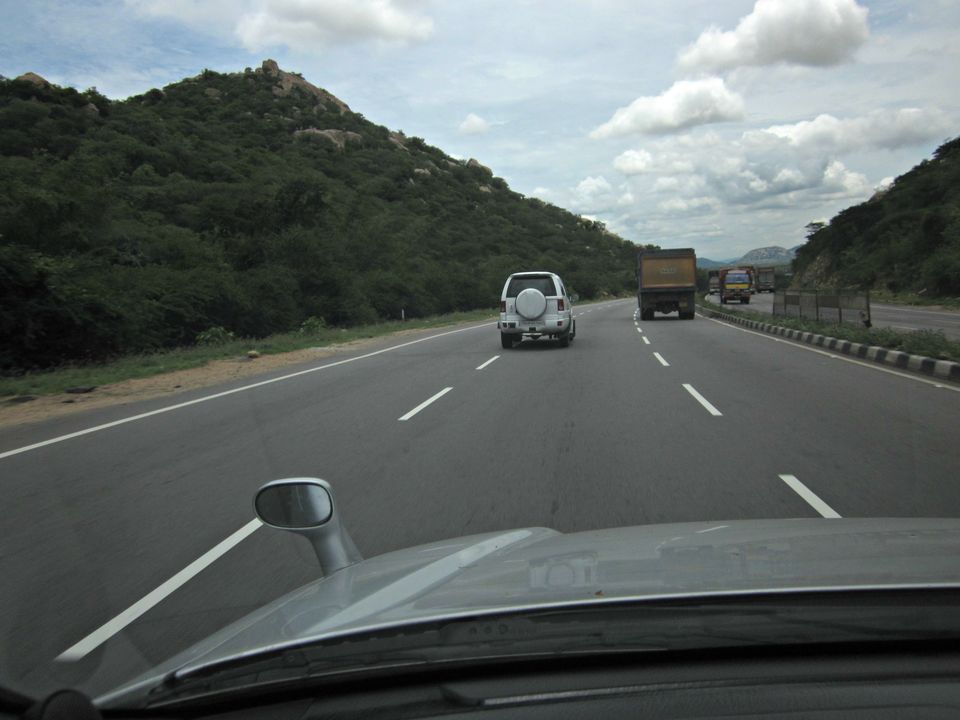 2. Round one of NH7's bends before Krishnagiri. 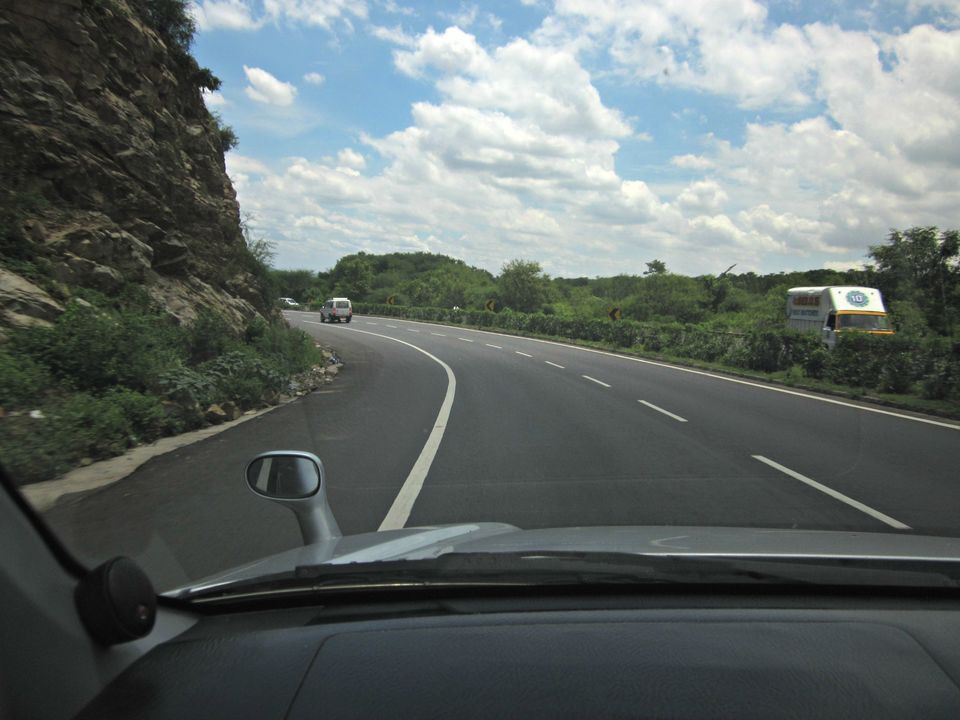 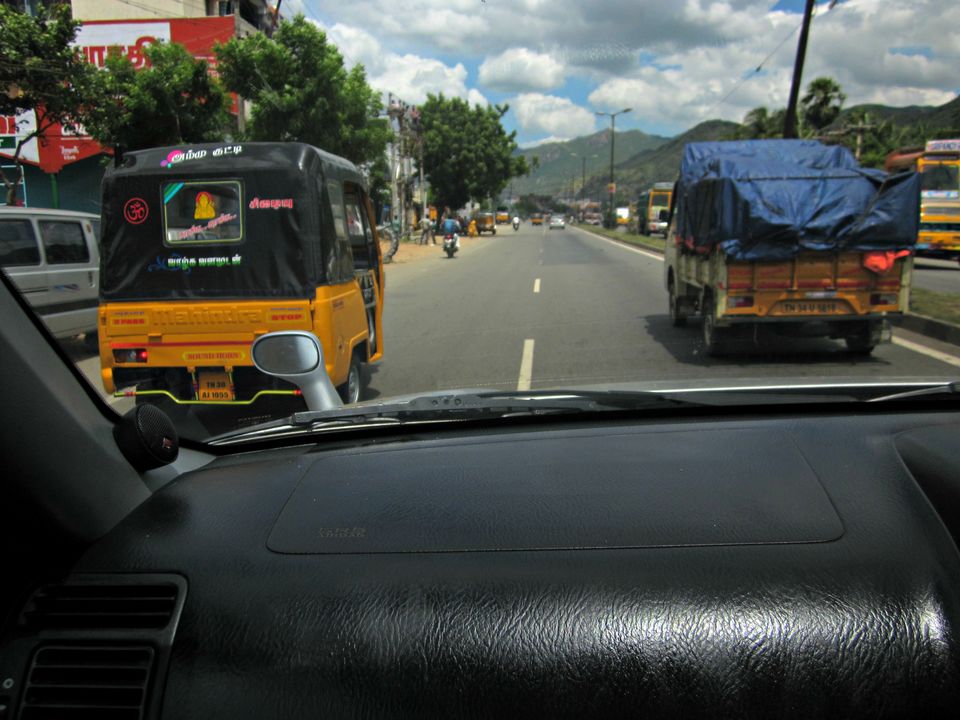 4. The unmarked right turn to take out of Salem. 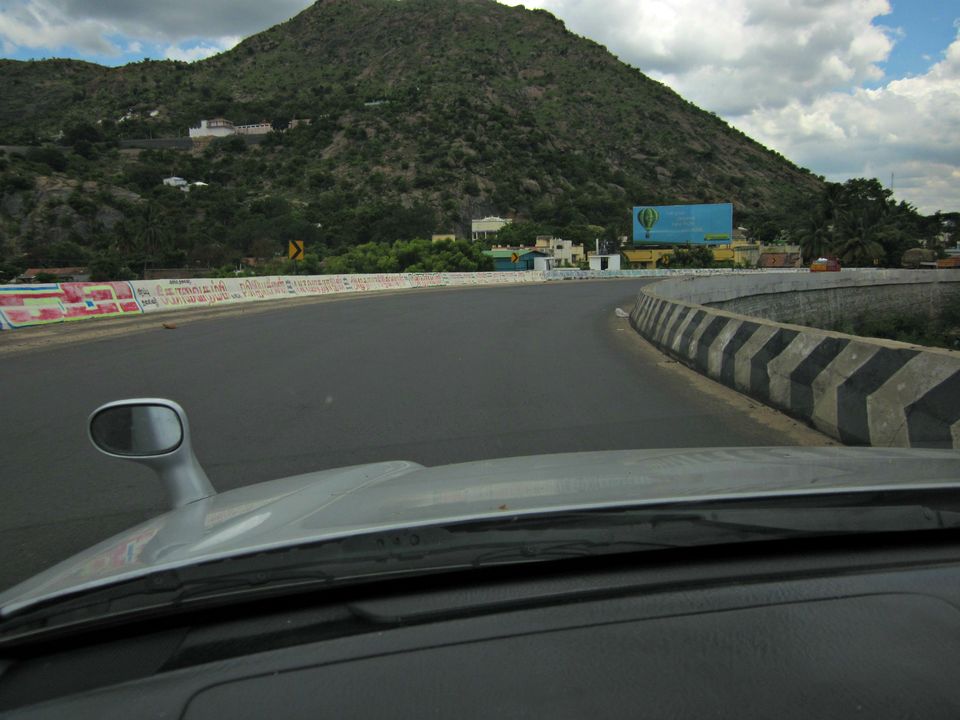 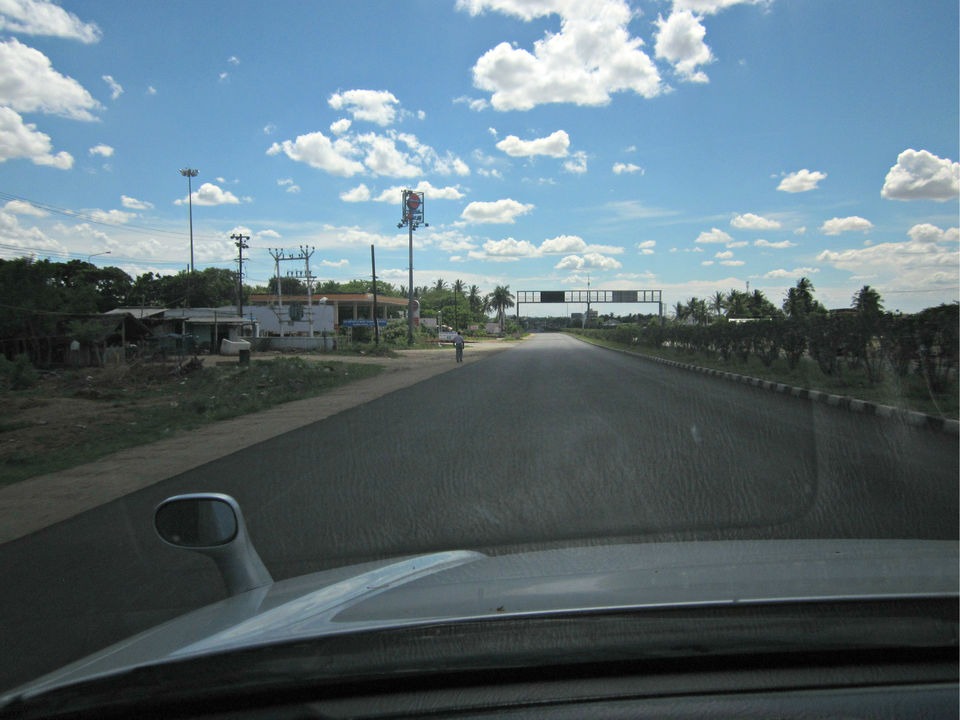 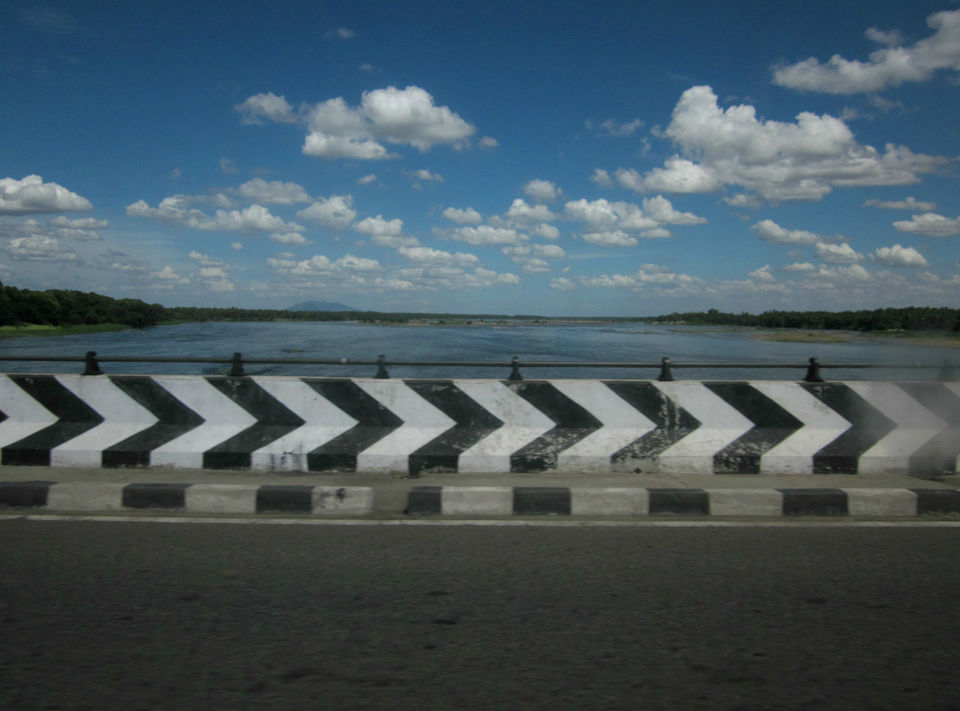 8. The Pirates Of The Caribbean wanted in too... 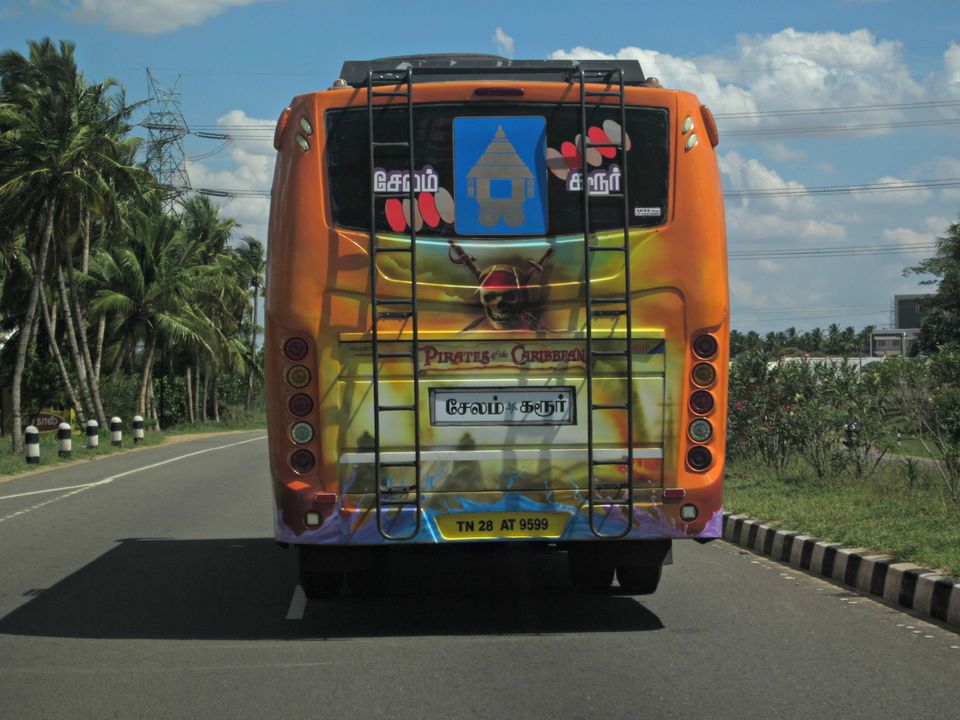 9. A thirst-quencher for the SUV. 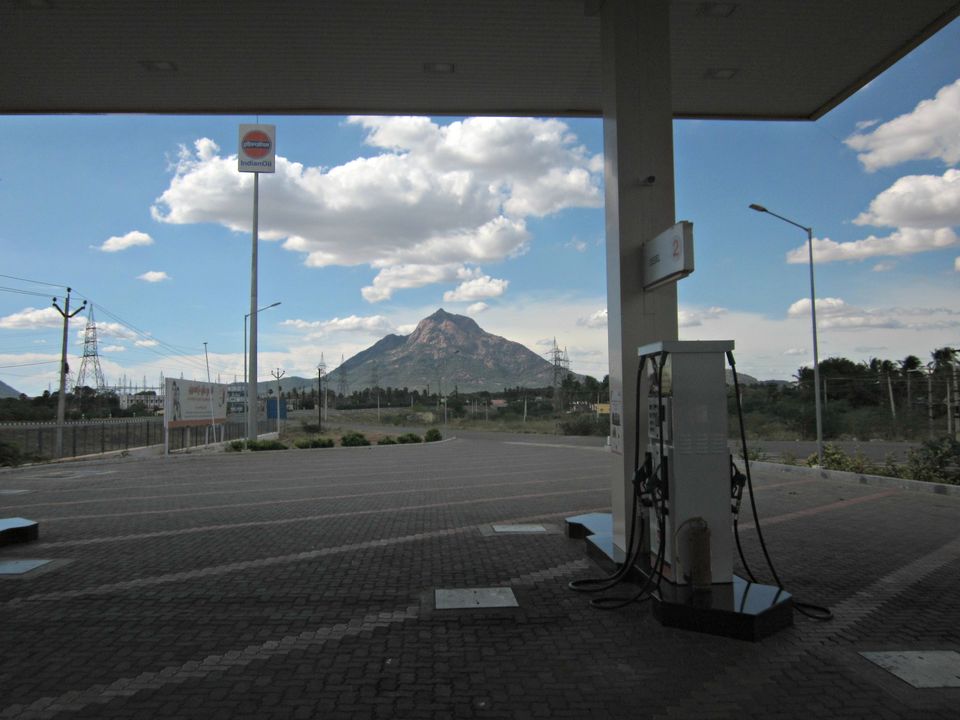 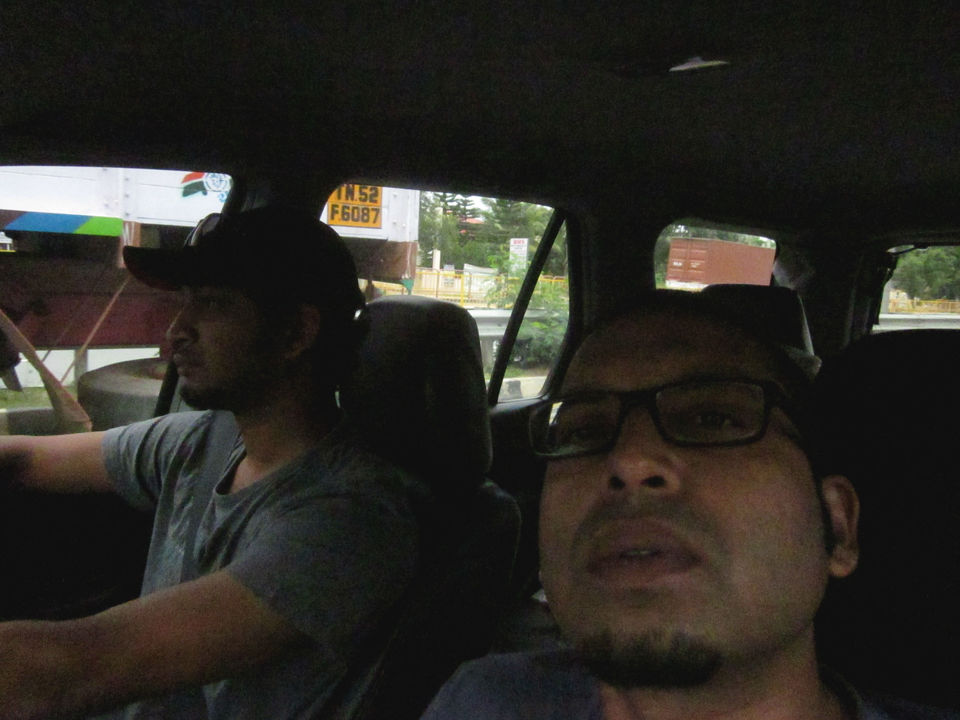 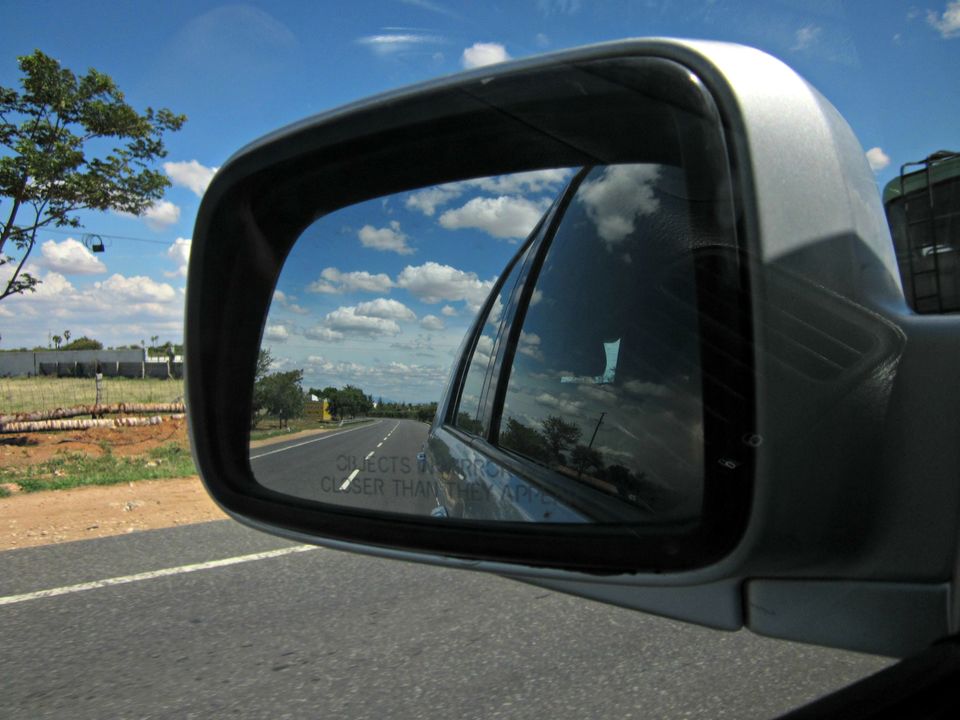 12. A green dream as you near the foothills. 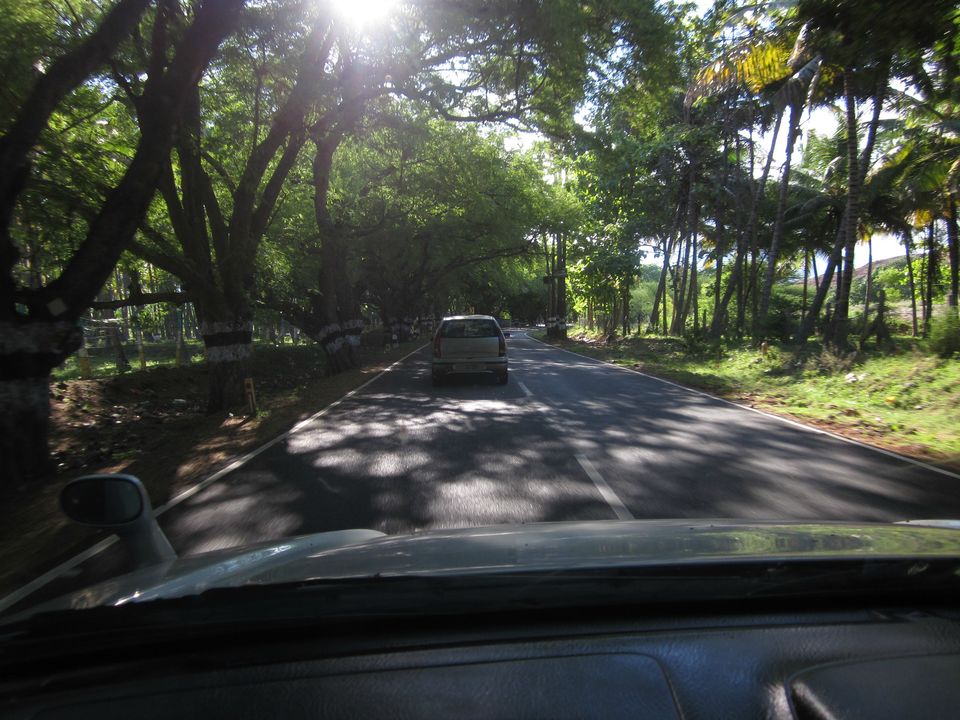 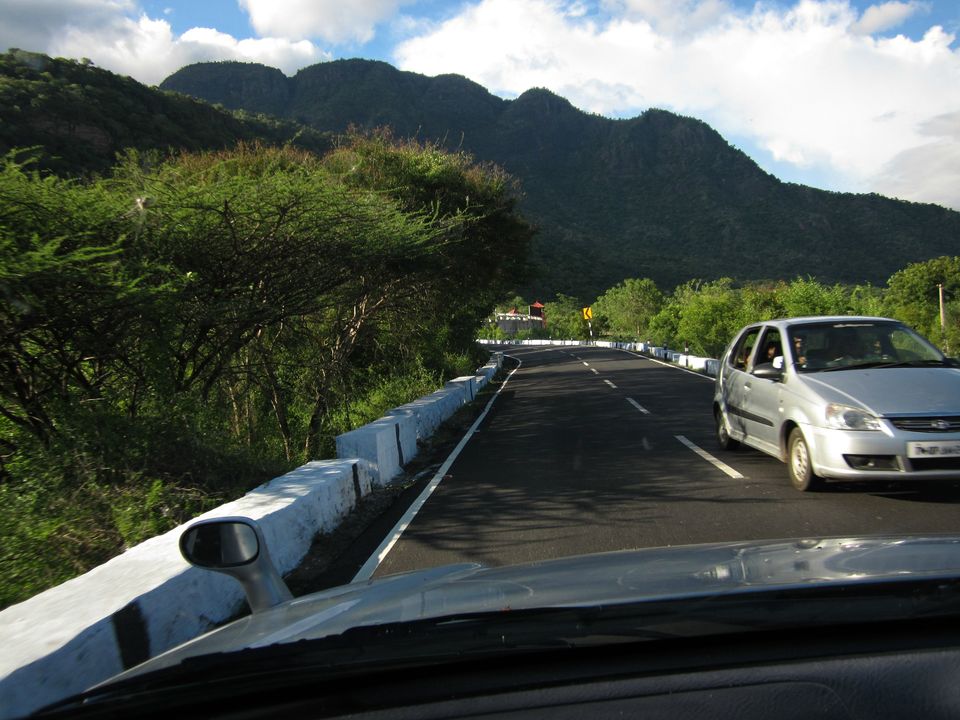 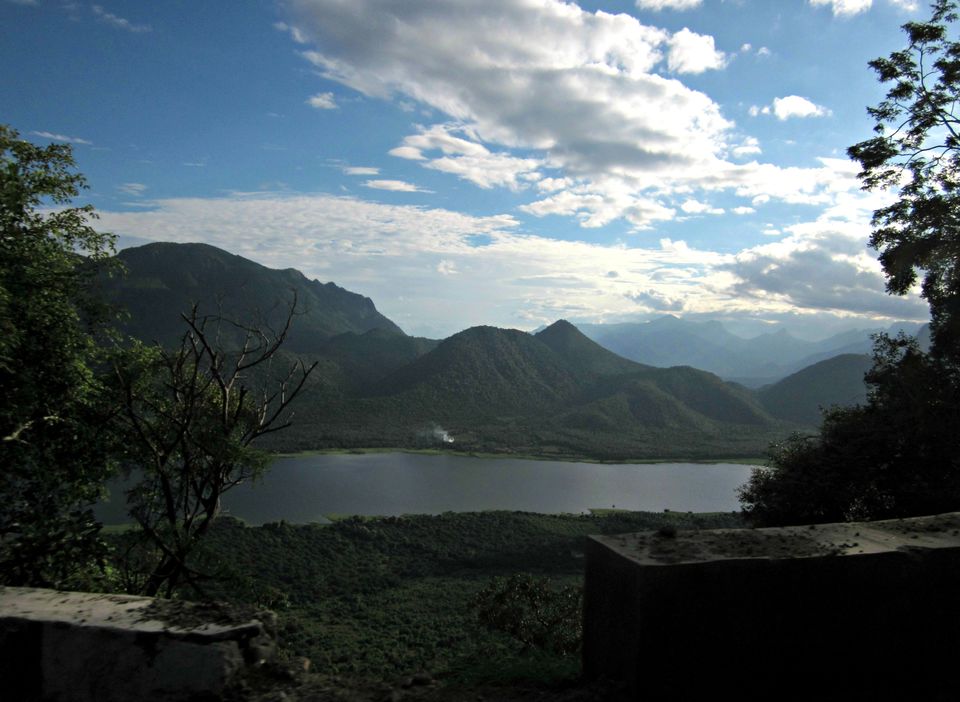 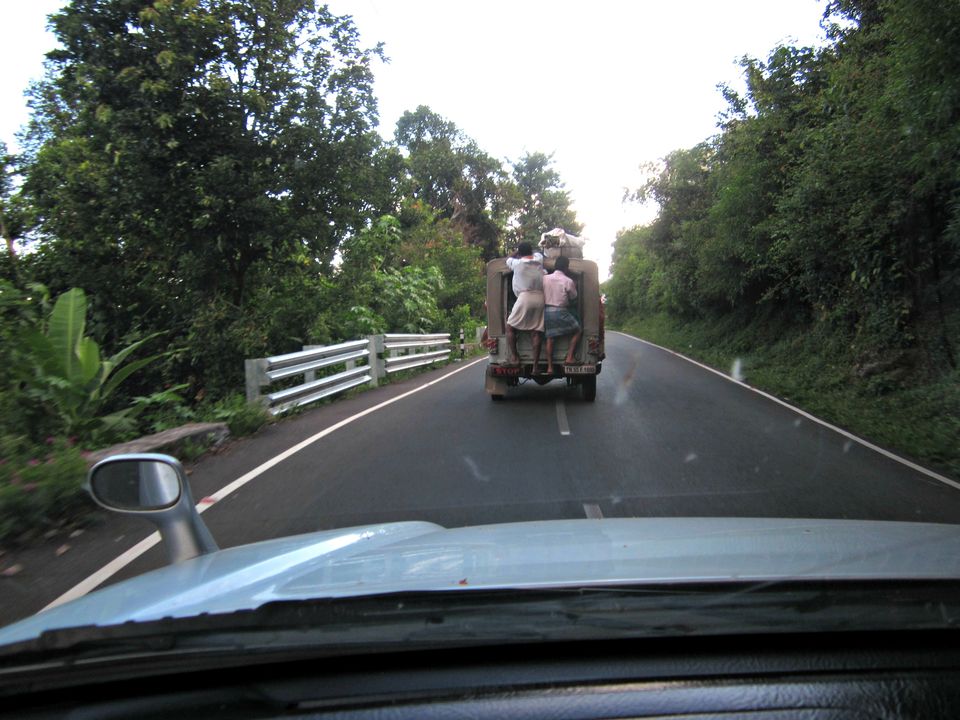 16. A cow taking the racing line around the bend. 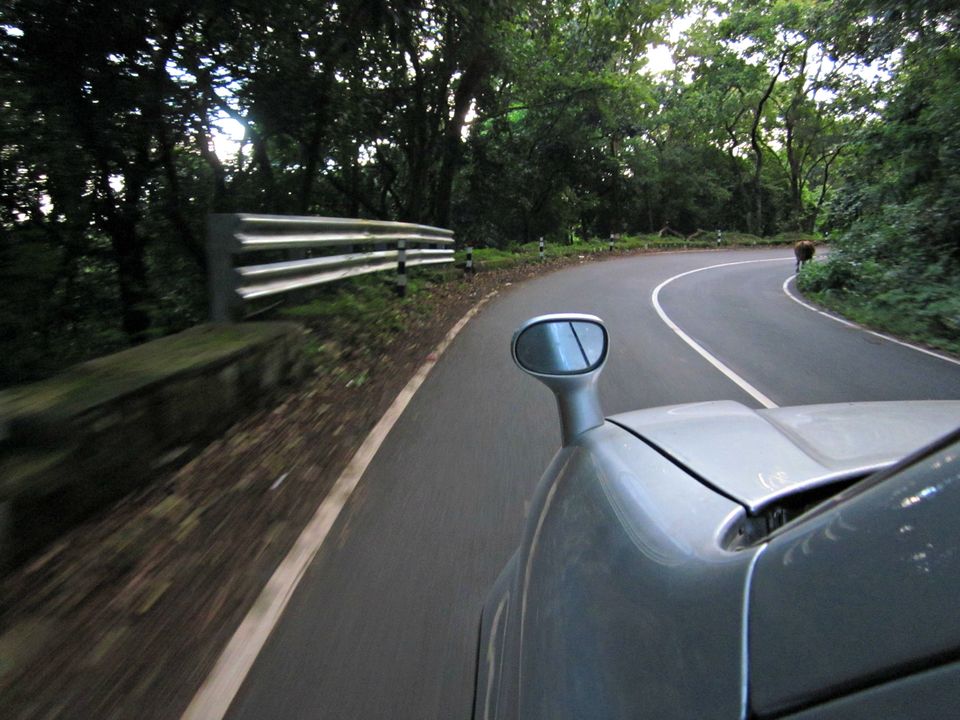 17. And setting herself up for her next entry. 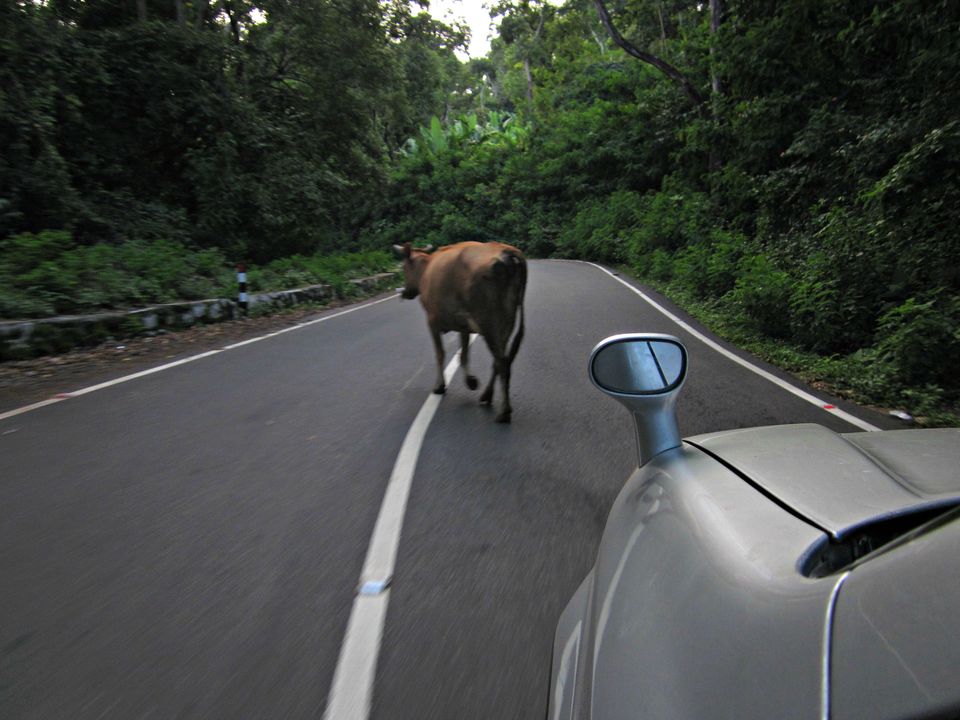 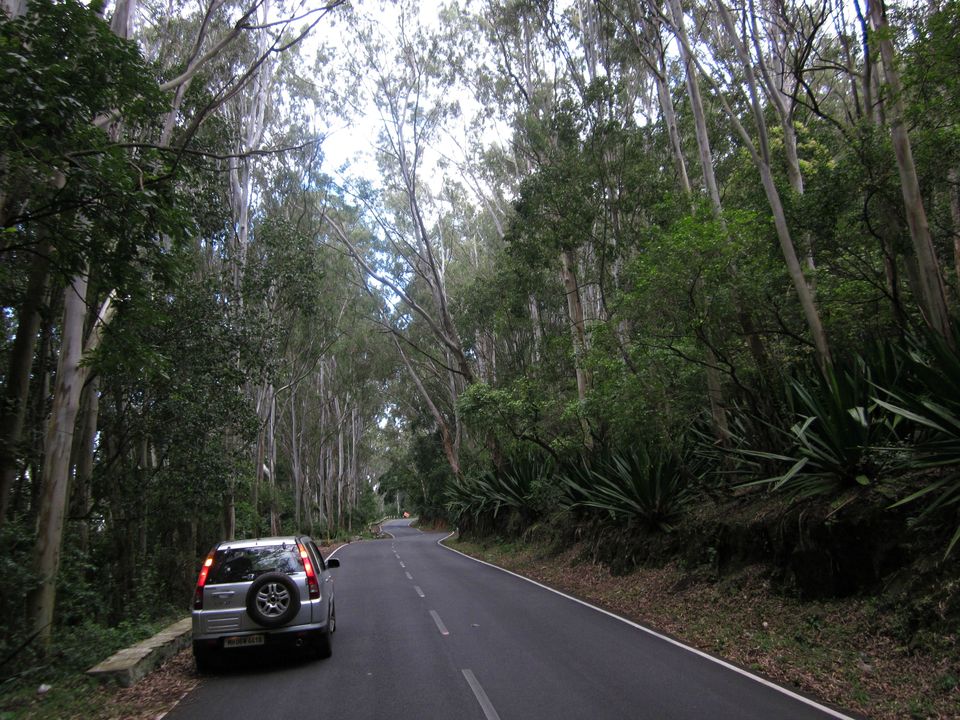 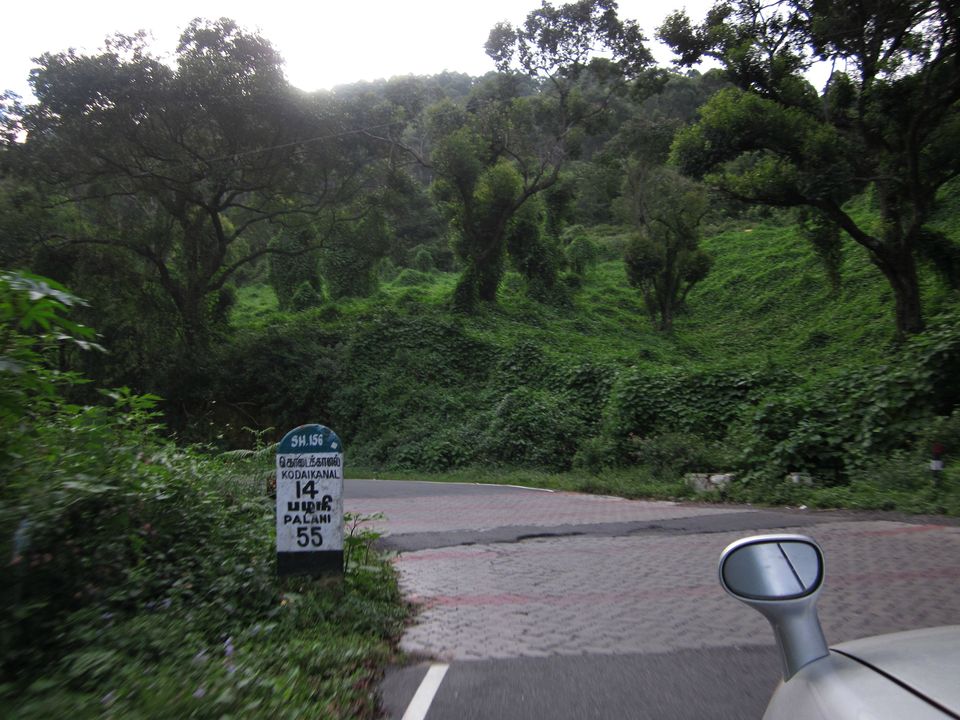 20. Rendevous at Kodai Lake to plan the evening. 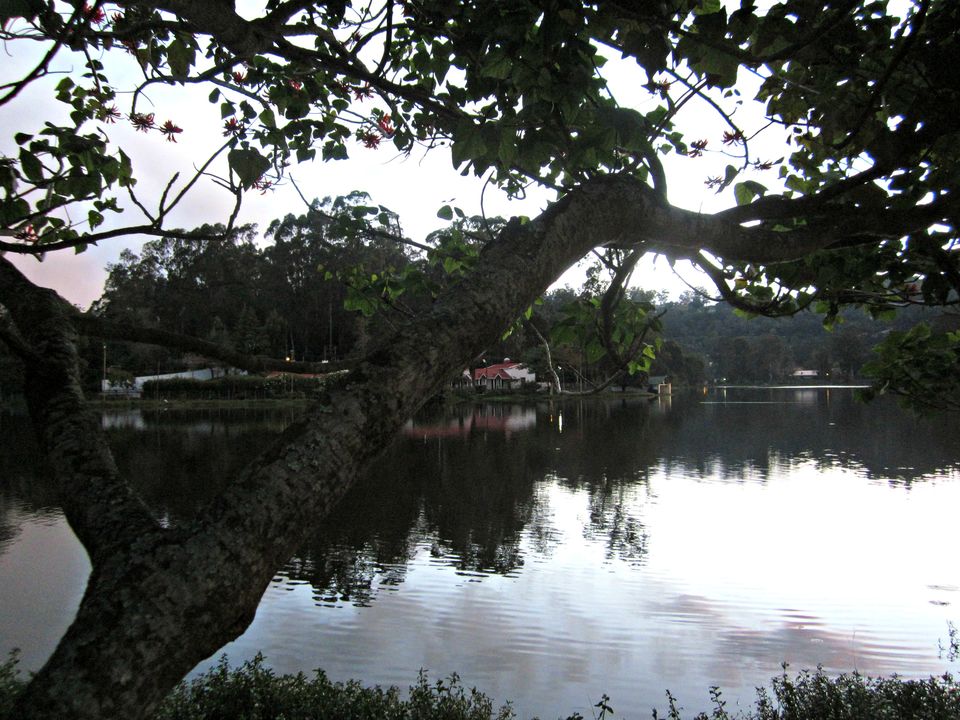 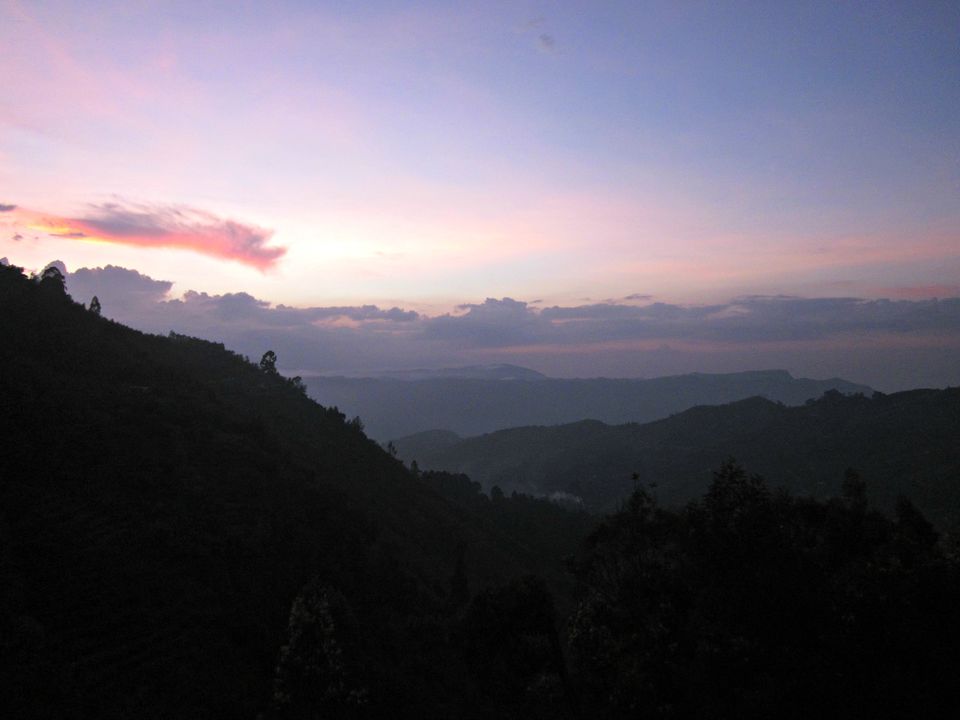 Coolant and oil. Check. Tyres at 30 PSI. Check. Enough petrol to get across to Tamil Nadu. Check. Fresh playlist in the stereo. Check. Yup, half past ten and we were good to go, and going we were to our home in Kodaikanal, after a professionally and socially hectic week in Bangalore.

We either leave early at around six or so, or later after the morning madness, like that sunny Monday morn. The 450 kilometres normally takes between seven and nine hours, depending on how many times you break and the horsepower of your transport. Ours was a Honda CR-V with more than 100,000 kilometres under her fan belt, but she still runs true, so no complaints there.

And soon, the wheels of the Honda were rolling on NH7 after light traffic allowed a speedy exit out of the city - it was so good to be on the road again, especially since us car-crazy siblings don’t get to do too many trips together, given his merchant navy commitments.

Clocking miles seems to always work up an appetite - we made our customary first halt at McDonalds a little before Krishnagiri - there’s a good fuel station for cheaper-than-Karnataka fuel there, so it’s a good place to fill the car and the brats. Avoid it during the start of a long weekend and such holidays, or the ensuing McMela will lose you a lot of good spirit and time.

Half an hour later we were on the road again, satisfactorily topped up and made our way towards Salem, South India’s Steel City, about 110 kilometres after Krishnagiri. Music and distance driving go hand in hand, and we had just gotten some new Kygo and Jungle, that turned out to be a swell soundtrack for the open road.

Salem allowed us an uncharacteristically quick drive through that day. Remember, don’t get confused with the roundabouts you see, just make your way straight through, er, around (bah, you get the picture) all of them. The only point you need to look out for is a right turn when you climb the sole flyover you’ll hit as the highway bypasses the city. It’s unmarked, but there’s that big hill you’ll see and it’s the first right at the crest of the flyover (seen in picture 4).

Driving conditions are usually great after Salem, with generally thin traffic and beautiful asphalt. Always be ready for surprises though, like idiots driving on the wrong side of the road, crossing cattle, and sudden non-signalled lane changes by trucks and buses. Nothing worrying happened that day thankfully, and the car sang along at a steady 100 km/h.

We try and stop every two hours for a cigarette and coffee - it’s good to take frequent breaks to keep concentration and blood circulation up. There are plenty of filter coffee joints all the way through to Karur and Dindigul, the next major towns on the route. You also cross the Cauvery River before Karur; the water was at a reasonable level this time. The highway bypasses these towns, so you won’t have to deal with annoying bottlenecks or anything.

Post Karur comes one of my favourite sections of this highway, all the way up to the Dindigul toll gate. It’s got smooth surfaces with flowing curves, but there are breaks in the median that are actually heavily trafficked crossings across the highway, so be extremely wary of a lead foot. If you’re driving in the night, look out for the road reflectors before these intersections. Most of them, anyway.

The Kodaikanal exit arrived after around six hours on the road, in Dindigul, almost the home stretch, as it’s only 90 more kays to the hill station from here. The recently widened state highway makes driving life a lot easier now, since it’s wide enough to accommodate the abundant two wheeler traffic on this part of the drive. I tend to crave salted cucumber at the Oddinchetram turnoff, around 20 kilometres down, but sadly this time it was not to be. Decided then, that biriyani at Thalapakatty in the next town was to be the order of the afternoon.

We took the right at the T-junction one arrives at in the market area of Vathlagundu, the last town before the final stretch to Kodaikanal. If you need gas, you’ll cross a fuel station here (a good idea to fill here, because you’re not guaranteed fuel till you reach Kodai and the car consumes more fuel in the hills). Thalapakatty arrives on the right after the town, look out for the watchman’s invite, a long blow on his whistle and hand gestures that wouldn’t be out of place in an airport runway. The biriyani was spicy, and the Coke was cold, so the combination worked as usual, and soon the wheels were turning once again for the last bit of the drive.

If you’ve got GPS, you won’t have an issue, but keep an eye out for the marked Kodaikanal exit off the state highway after around 10 kilometres or so after Vathlagundu. We usually fight for the driver’s seat for the ghat section, but this time there was peace since I was documenting the trip. Driving in the hills is very different to the plains, you need to use lower gears, and plan your overtaking very carefully. Whatever you do, don’t cross into the other lane, and always toot your horn, especially around the frequent blind curves. This time’s surprise was a cow around a bend, which then proceeded to moo across into our side without warning (picture 16 and 17).

The 50-odd kilometres on the ghat road takes around an hour and a half, and we were enjoying the familiar temperature fall as we meandered our way up the mountains, finally arriving at our destination at little after six. A friend was waiting for us for a quick chai before the night’s social activities unfolded, and the beautiful sundown was the icing on the cake because the conditions for the trip that day had been almost perfect - an enjoyable car, sparse traffic, good roads, and great weather.

HotelsMap
I enjoy the McDonald's breakfast, and the fact that it's attached to a good fuel station, so fill ups usually happen here.