The first page of the newspaper 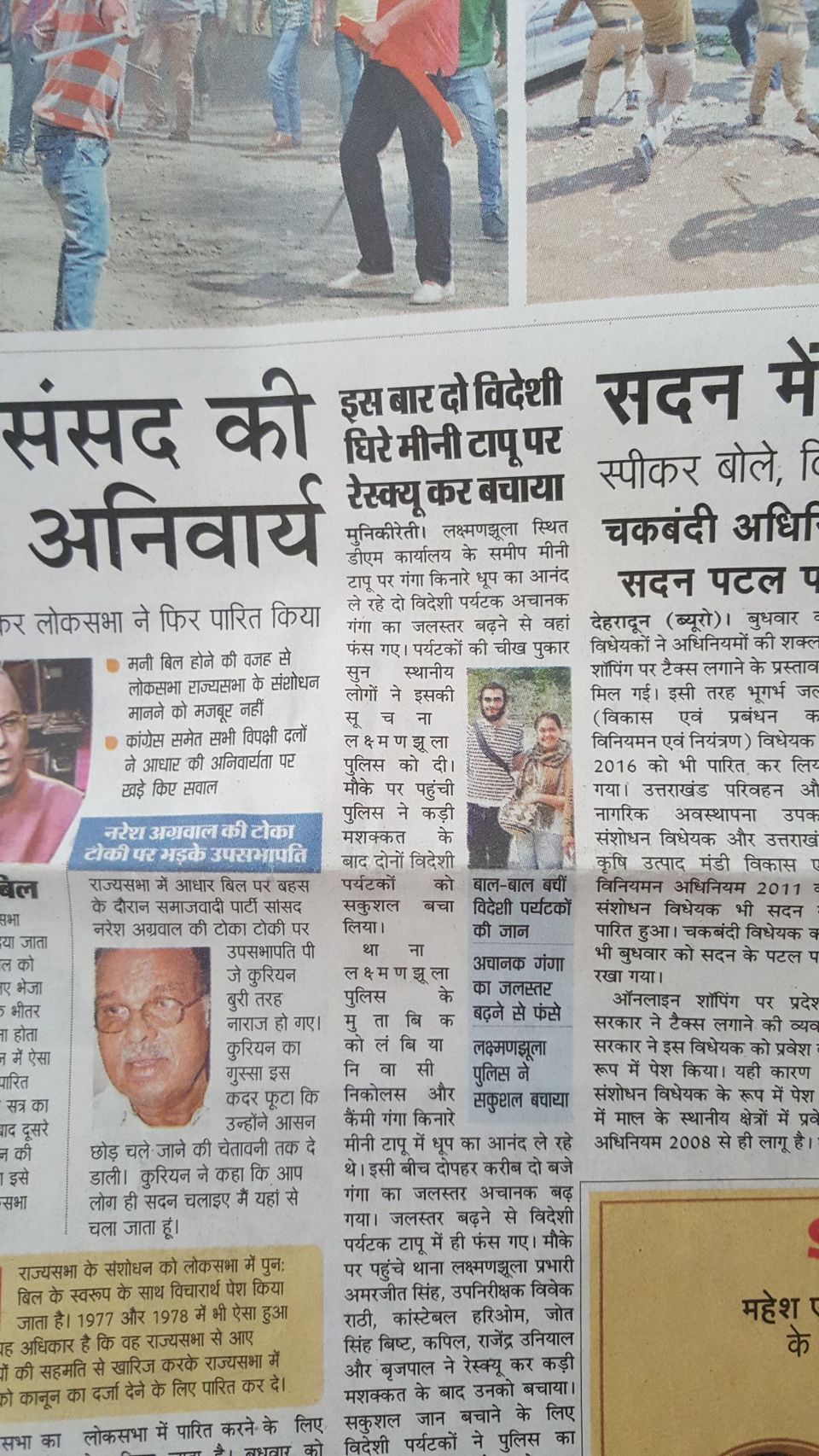 It was a warm day in Rishikesh, the beautiful town next to the Ganga (Ganges) River and at the feet of the Himalayas. It was so inviting that everything here seemed like a good idea here, like for example take a swim in the river. 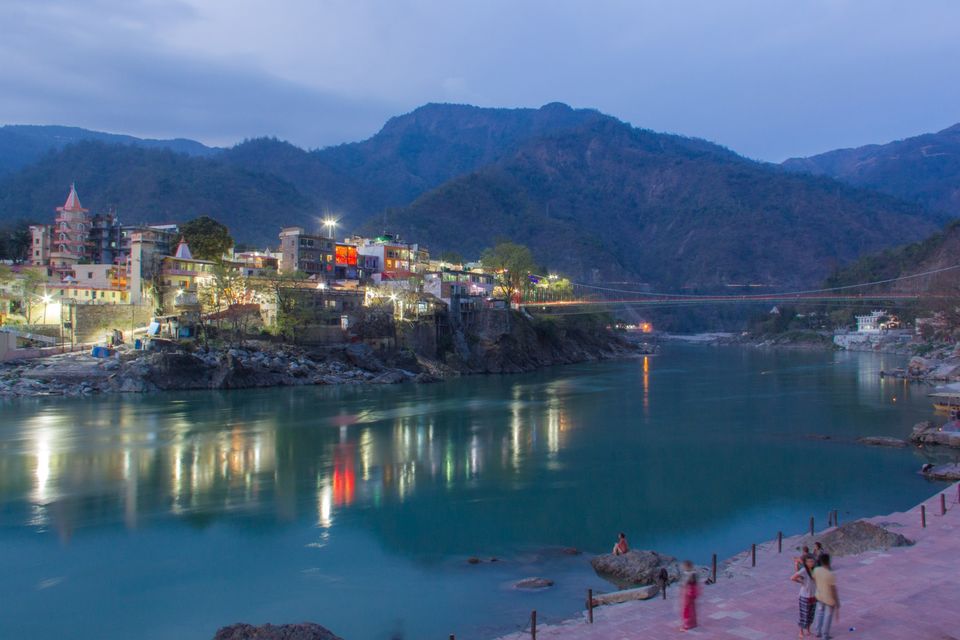 My girlfriend and I were walking by the road next to the river, we were on our way to what we heard were very cozy waterfalls a couple kilometer out of town, and being close to noon the heat was starting to build up, so we decided to descend by the side of the road and into the immense river´s rocky beach. 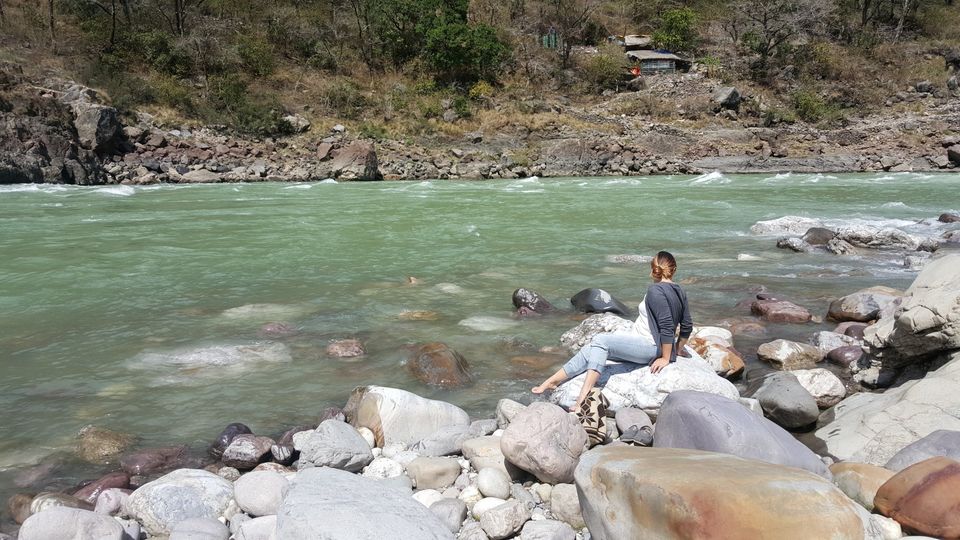 There were a few ponds on this dry part but we decided it will be fresher next to the actual stream and thus decided to sit on a few semi-submerged rocks for a while. Our feet felt incredible into the cold water of this holy river, the rocks were comfortable and as the temperature kept on rising it was actually quite a pleasant place to stay.

Slowly the water level began to rise, around 5 centimeters for every 10 minutes. Hard to notice at the beginning but as the rocks we were on started to get covered by water we decided to move a bit more inland, where again we chose a good protruding pair of rocks and sit on there as it seemed that was as high as the water would go. After sometime we decided we were going back to the road for the waterfalls and so we tried to go back to the mainland, yet this was in the middle: 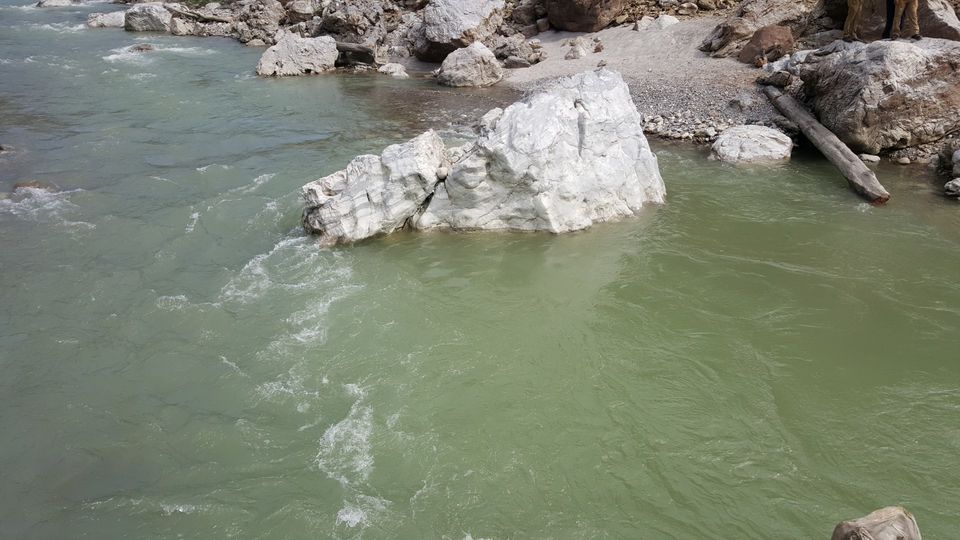 The water had created an island of where we were standing and had left us trapped. The strong current made it a bad idea to try to cross and the blue colored water made it hard to see the actual depth of the pass. We had our cellphones, wallets and my camera with us which made it even worst because swimming across would mean heavy damage to them.

As we were going from one tip of the other of the island trying to find an exit, a few tourists noticed our situation and called the nearby police men, who then descended into the shore of the river and screamed from the other side things we could not hear. One of them brought a rope around 2 meters long (6 feet), which looked very useless against the probably 10 meters that separated us from the other side. More police men started to come and eventually there were eleven of them, one of them shouted loud enough to explain that the dam gates had been opened but the water level will not rise more, yet it would be around 2 hours before the level would go down again. Feeling relieved that the island was a safe place to be, we shouted back that we will wait until the river goes down.

However this men were not ready to stand down and one by one they went to one extreme of the island and they started to take their pants off, then they started to get into the river to make a human chain.

We shouted many times that it was not worth the risk, that we could wait until the water went down again, but they were actually enjoying the situation and the human chain made its way into the island where we grabbed their hands and we were passed from one man to the next until we were on safe land again. 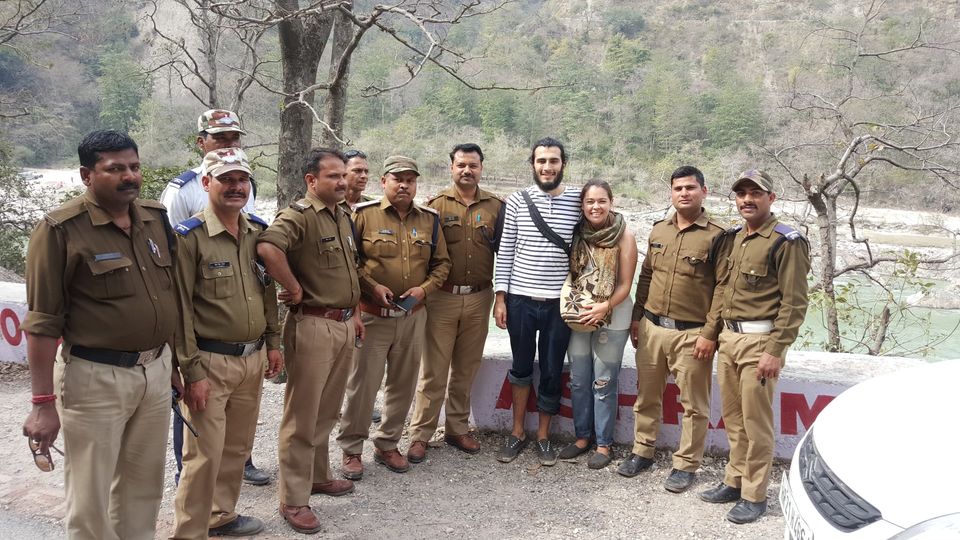 We felt ashamed, the dumb tourists who wandered into the river and had to be saved by the police. Yet the officers were extremely nice, the chief of police asked us to thank the persons involved in the rescue for a video someone was recording with a cellphone and after climbing up to the road again they took a picture of all of us together, not without asking us first to write our names and our father´s names in a paper, the first time in my life since kindergarten some asks me to do that.

We said thank you profusely and then goodbye, and felt we had a good story to tell our grandchildren if we ever had some.