The Cave of the Winds 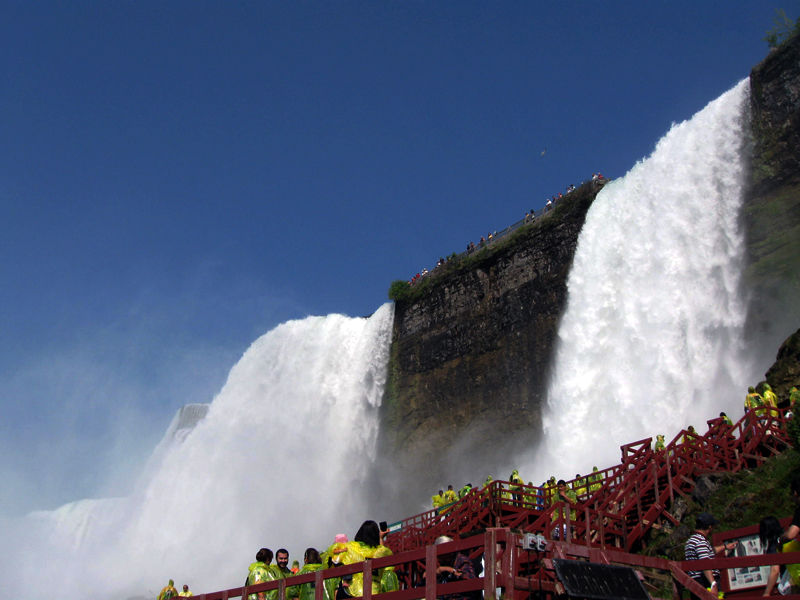 Gulls seen from the 'deck' 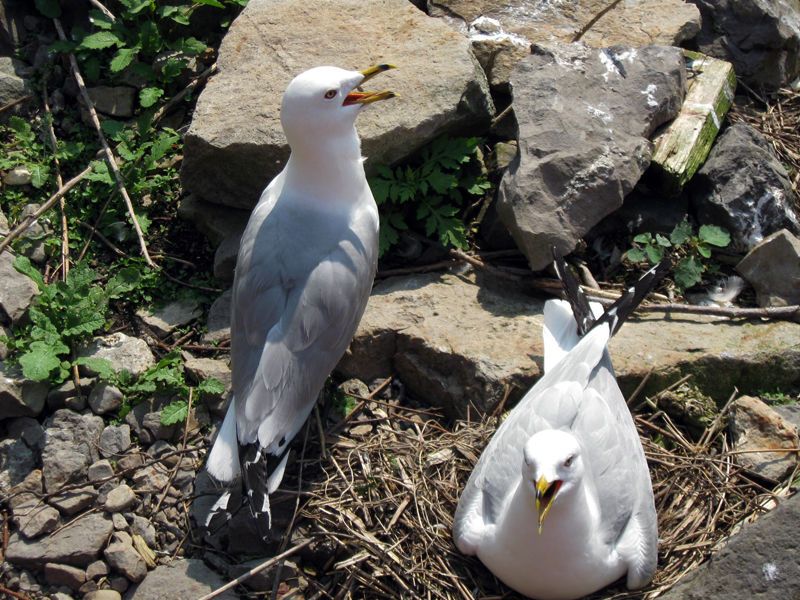 The milky-white water cascades down the rocks 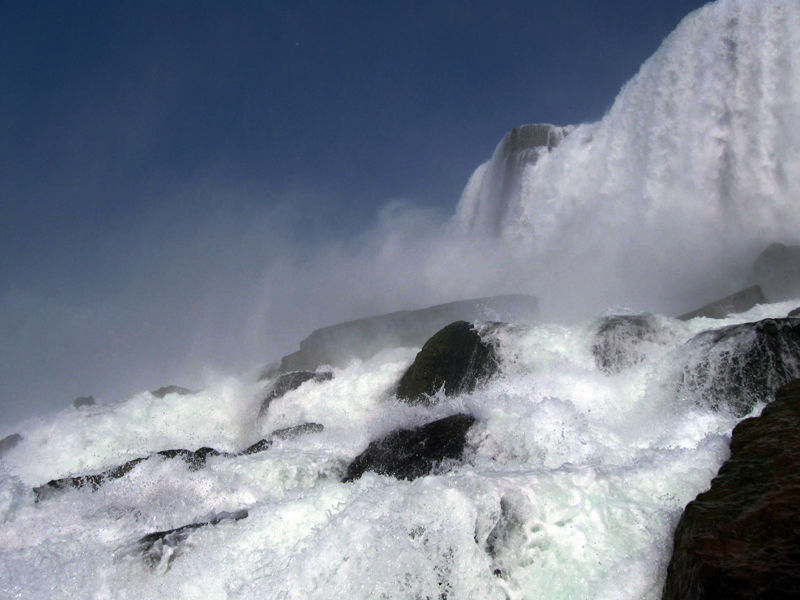 The double-rainbow at the Cave of the Winds deck 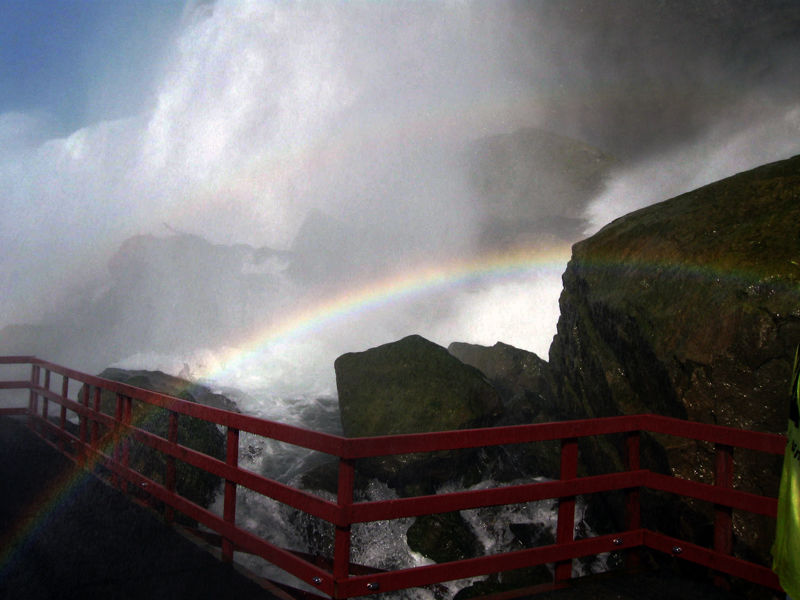 Can you see the nesting gulls? 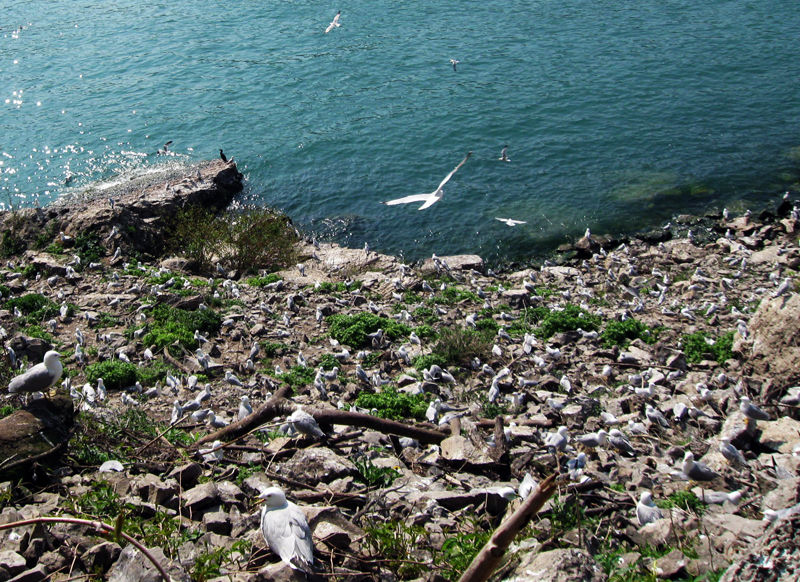 A peek through the mist 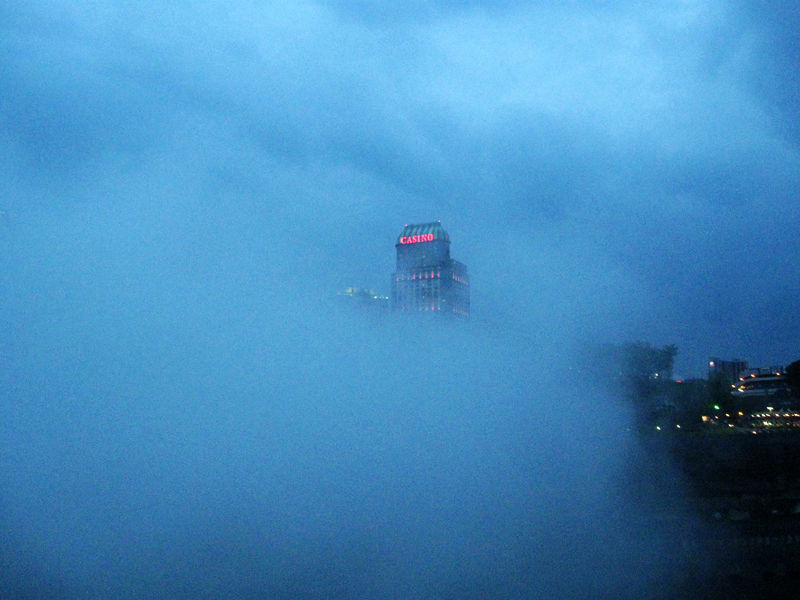 The bridge connecting US and Canada 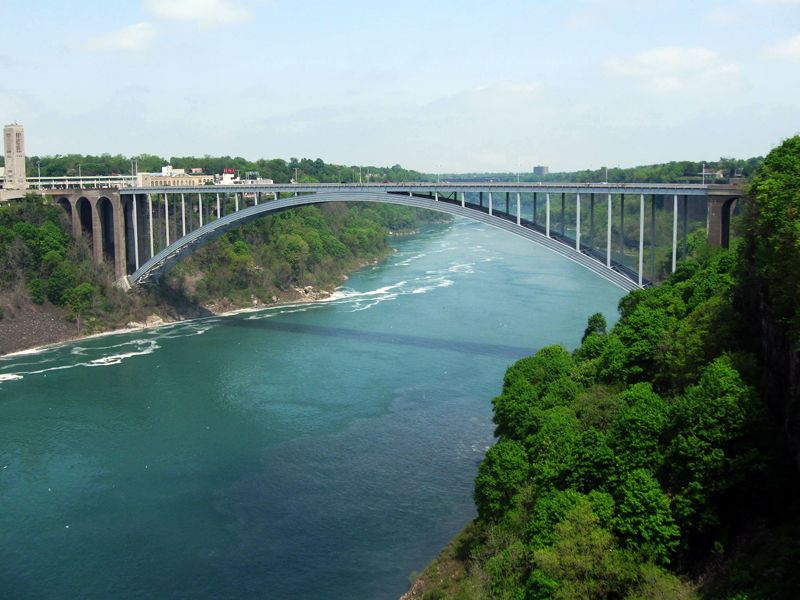 The Maid of the Mist vessel 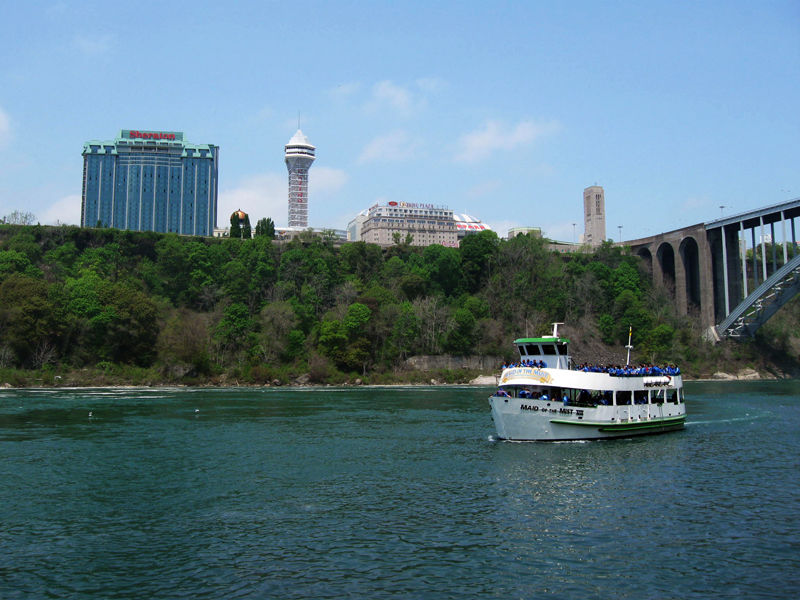 It’s very difficult to express in words what it’s like to stand before something as spectacular, as gorgeous, and as colossal as the Niagara Falls in Ontario, Canada.

The river, plunging in beautiful milky-white cascades, crashing into the rocks below with an ear-splitting sound before flowing out in torrents into the greenish blue waters below, the spray of cold water hitting the face like an electric current, the nesting gulls straining their vocal chords to beat the roar of the river—it’s an overwhelming experience, one to treasure forever.

My US trip in 2011 happened by chance, when a childhood friend who stays in Massachusetts invited me and I said ‘Yes’ on a sudden impulse. But I set a precondition for my visit. I told her, “I’ll come only if you show me the Niagara Falls”. And she made sure that I did, for which I’ll forever be grateful to her.

From Boston, we drove to the state of Vermont to pick up her brother and sister-in-law, and this drive through the Green Mountains was an extra treat. From there, we drove straight to Niagara, crossing Lake Champlain on a ferry—car and all (another treat)—and stopping for a bite at Lake George (yet another treat).

The Niagara gave me a gift—a chance to appreciate her beauty both in rain and under the sun. The evening we reached the falls, the sky was overcast and a strong mist was rising from the river, shrouding even the tallest of buildings on the Canada side in a thick blanket of clouds.

It started raining soon afterwards, a time we utilized having dinner. The lights from Canada had been switched on by then and the most overwhelming memory I have of that night is the walk back to the car, marvelling at the play of the colours from the lights on the mist, and even on the clouds overhead, and the relentless rumble of the nearly-invisible falls, all of which made it seem more like a dream.

We spent the night at a hotel a little far from the falls. The ones near the falls are extremely expensive. Since we had a car, we had no trouble driving down to the falls the next morning, which bore no trace of the showers. A bright and sunny Niagara greeted us.

Various attractions are offered to tourists at the falls—both from Canada and the US. Since my friend had already been there, she suggested two of these—the Maid of the Mist and the Cave of the Winds.

The Maid of the Mist is a ferry ride that takes tourists to the base of the Horseshoe Falls—one of the three parts of the Niagara, the other two being American Falls and Bridal Veil Falls. Seeing, hearing and ‘feeling’ the Horseshoe Falls up close and personal is a mind-blowing experience.

The ferries—plied both from the US and Canada—stop at a certain distance from the base of the falls. But the experience is actually like being in a hurricane. I had wondered why we had been given raincoats. I understood when we stopped. The spray of water is so tremendous even at that distance that you’ll get all drenched—even in the raincoat. The relentless spray of water, the terrific noise of the falls and the accompanying mist is something to remember for a lifetime.

The Cave of the Winds lets tourists go up a flight of stairs right up to the American and Bridal Veil Falls. A strong jet of water crashes right on the ‘Hurricane Deck’—the highest point of the stairs—and tourists can enjoy a shower, which is, mind you, anything but gentle. I was pretty scared it would smash my skull!

Cave of the Winds also lets tourists get a close view of the gulls that nest near the base of the falls. As you can guess, the raincoat was just for show on the Hurricane Deck. So, those who hate getting wet had better stay away from both attractions.

Like all big falls, Niagara too boasts of a permanent rainbow. Where you find it is your luck. I found it—a double rainbow actually—right on the deck of the Cave of the Winds—two feet away from me. Twin rainbows and me—it’s a much cherished photograph that I have from that trip.