New Delhi Travel GuideNew Delhi TripsHow To Spend A Day In The Capital Of India: Delhi

How to spend a day in the Capital Of India: Delhi 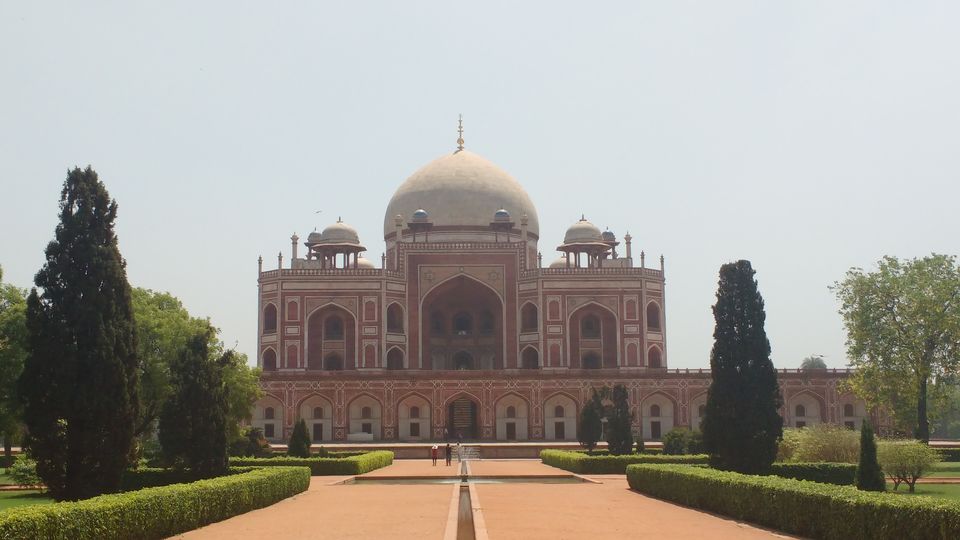 Off, to travel another mile, discover another road and experience another landscape.

Super excited my family and me left from our respective places of residence to meet in Delhi. On 17th of May 2016 we landed in Delhi, we had a one day stay joint with Delhi Darshan.

The sweltering heat of Delhi did not stop us from resisting the temptation of resting and we went on to witness the beautiful capital and the administration city of India. We were staying in a cantonment area called Rajputana Rifles. After staying a night, on 18th May, 2016 we booked a cab for our day tour of the city. Early morning at around 8 o'clock we started our tour with the blessings of Nizamuddin Auliya by visiting his dargah. Along with that we also were privileged to see the dargah of Amir Khusrau, who along with being a renowned Sufi poet was also a spiritual disciple of Nizamuddin Auliya. The care-taker of the dargah, Kamran Nizam took charge of our tour and took us to the dargah of Amir Khusrau and after that Nizamuddin Auliya where he presented my mother, my sister, my aunt and me with green dupatta's of the mazar.

After being blessed we started our tour by first visiting the magnificent Humayun's tomb where, the second Mughal king, Emperor Humayun rests'.

At the ticket counter we happen to meet 3 tourist from Paris, and noted that they had to pay 500 rs whereas being an Indian we had to pay rs 30. On entering the main gate of the compound we first saw on the right hand side the house of Isa Khan, which is also remarkable because of its shape, size and the construction techniques. After a long walk we reached the main tomb. And it was too beautiful to be true. The compound was large and awestrucking.

After visiting the Humayun's tomb we drove of to see India gate which stands strong in honour of the fallen soldiers and along with that we also saw the Rashtrapati Bhavan and the administrative buildings where the most important decisions of the country are made.

After an exhausted morning we were way too hungry to go any where except for Karim's. The finger licking, Karim's food was amazing and can't be forgotten once tasted. Just behind the Jama Masjid, you can give your taste buds a great treat. After a heavy lunch we still had place left in our stomach for an amazing desert at Giani's which is located in Chandni Chowk. Sleepy, after lunch and desert we took a drove through all the remaining attractions including Cannaught place and finished our day by taking a good night's sleep after spending an informative and historical day in Delhi!