Europe Travel GuideEurope TripsI Came I Saw And I Was Conquered

I came I saw and I was Conquered 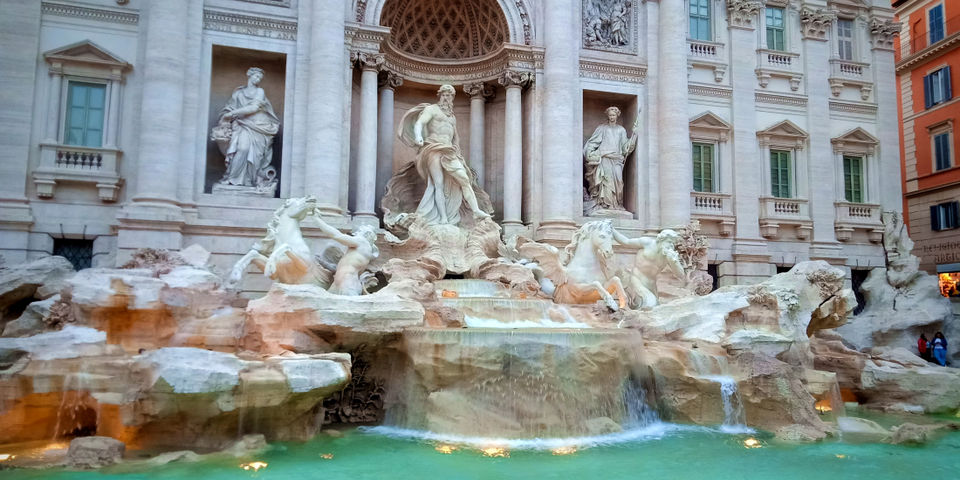 Rome is no doubt one of the most fascinating heritage on this Earth. From the tales of Cleopatra and Caesear, to Nero and the Senate the ancient Roman legacy is intriguing and woven with taken that have existed throughout the centuries. So it was always have been in my bucket list to visit this city.

I booked a cosy apartment just next to the famed Colosseum. Apart from seeing the Colosseum during the working hours viewing it during the night once the lights come up is a different sight altogether. Originally a venue for bloody Gladiator games this is the largest amphitheater ever built. Luckily for me, the Cultural week was underway and guests were allowed free access to the Colosseum. I booked a accredited tour at a nominal fee of 5€ and the guide explained to me in details about the history behind the building of this amphitheater and it's role in the course of history. What's fascinating is that the Colosseum could accommodate anything around 70000-80000 spectators and people were seated according to their classes with the high and rich sitting in the front and the poorer and the lower class in the back. We could also see a working model of the pulley system that was originally used to transport animals to the games arena. I literally felt Goosebumps as I felt history coming alive amidst the bloody gory battles of gladiators and wild animals which were brought all the way from Africa when Rome literally dominated entire world.

There are also artificats on display which were found during excavation of the Colosseum. Nearby the Colosseum is the remains of a Gladiator school where the gladiators we're brought and underwent training for their fights. From the Colosseum at a short walking distance is the Roman Forum. The Roman Forum was the ancient seat of power of the Imperial Roman Empire. From palaces to temples and granaries and we'll laid roadways for processions and gladiatorial fights this area also housed the famed Roman Senate and all important government buildings. This is a sight not to be missed if you are visiting Rome.

The next day I went off to visit the famed Holy city of Vatican. Vatican is a separate country in itself and the seat of Christianity. The St.Peter's Baslica square I could completely relate if you are a fan of Dan Brown's book Angels and Demons. I saw the etching of the Angels on the floors of the Square. This is one of the largest Renaissance architecture in the world. I was mesmerized by the architecture of the entire square which has seen history through it's eyes. The Castel Sant'Angelo was my next stop. This cylindrical building now a museum is signified by the various statues of the Archangels of Christian Mythology all on the bridge overlooking the river Tiber. There are regular bus service commuting from Rome to Vatican and back.

I took a bus back to Rome and made my way to the Pantheon. Originally built as a Roman temple the Pantheon was later converted to a Church. Pretty crowded at all times, the Pantheon most significant feature is the Rotunda or the Occulus which allows natural light inside the Pantheon. The entrance is free off course.

As the evening sun was setting in my last stop was undoubtedly the Trevi fountain. As local folklore goes they say if you throw a coin in the fountain over your head your wish is fulfilled. The place was quite crowded and people squeezed in to get the best shot in front of the majestic fountain.I waited for the lights to come up and lo and behold it was a sight never to be missed. There are rows of trinket shops and gelato parlours near the fountains...But I spent a good 2-3 hours in the fountain. I also made a quick stop to the Spanish steps before calling it a day

After my 3 day sojourn and the amazing food I had I was completely floored by Rome. So here the tidbits

English is fairly understood by people.

Shopping is quote affordable and cheap

Be careful of your personal belongings. I carried my backpack in front.

Dont ask your can drivers to help you with your luggage. Some cab drivers may charge extra.