In The Land Of Gods, Discover The Spirit Of Your Soul 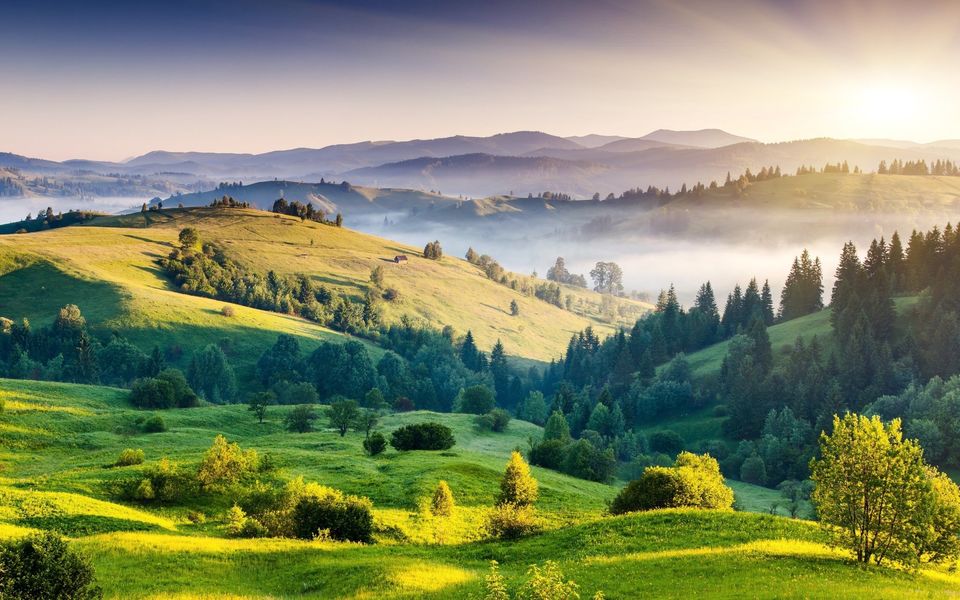 Revered temples, renowned ashrams, peaceful hill stations and busy cities, a bouquet of experience amongst the hill stations in Uttarakhand. From trekking activities, yoga schools, holiday towns to wildlife watching, a variety that can enthrall your senses, tucked in the hilly little corner of India – a retreat from the everyday city life. Locally known as Uttaranchal, is the Land of God, where you can gain the spiritual enlightenment, amidst its holy lakes, rivers, and mountains that can dramatically transform your life. Follow the twisting roads to high above the clouds to have the spectacle and experience the inner voyage and virtue in the mystic valley, where many epics of the Hindu antiquity have germinated and flourished to give us the trails to follow the wisdom that has matured over the cycle of Karma. Inhale the subtle sense of sacredness that hangs in the air for an eternity. Many come to this land for tigers, many for the historical roots, but above all else, visit the land of Garwhal and Kumaon, to let your soul meet the spirit.

On arrival at Delhi Airport or Railway Station, proceed further to Nainital by road, a favourite hill resort and largest town in Kumaon region crowded around the deep green volcanic lake. As you reach the fabled town over the hills, check in to the hotel. After refreshment, go on for a sightseeing tour, beginning with boating on the famous Naini Lake (at your own cost), that is residing in this place, from the days of antiquity, where it is believed to be the emerald eyes of Lord Shiva’s wife, Sati. The town itself had derived its name from the word Naina, means eyes in Sanskrit. Adjacent to the lake, visit the holy Naina Devi Temple, dedicated to Devi Sati and revered since 1880 in the newly built; after the dreadful landslide. Further, you can walk around the lake in about an hour, where the southern side is more peaceful and has good views of the town. Further, visit the famous tourist spots, Naina Peak, and Snow View at 2270m, which is usually visible on clear days, with a panoramic Himalayan view, including of Nanda Devi. Along with Dorothy’s Seat, walk down the forests of Oak, Deodar, and Pine, a stretch of 4-km, will lead you to the Land’s End, situated at 2118-m. After a day filled with scenic views, have a leisure time out at the Mall Road.

After breakfast, set out for a ride in the time capsule, to the era, when Vrikodar Bhimsen of The Mahabharata, built the Bhimeshwara Mahadev Shiv Temple at the bank of Bhimtal Lake. The place bearing an extreme climate will put you in the trail of the legends that talk about the ancient Silk Route, which is still in use by the locals and travelers to cross the region of Kumaon to the distant land of Nepal and Tibet. The temple built by Bhima during the banishment of the Pandavas, though, lost within the layers of the time, rebuilt by Baz Bahadur in the 17th Century. In the hills of lakes, visit the lake that sits at the elevation of 1370-m and below the lush orchards in the Mehragaon valley. Drop yourself amidst the deep woods and water bodies that hold seven lakes in one place, a rare beauty through the pristine forest of dense Oak and Pine, a paradise for migratory birds. This fascinating hill station with lakes has got more for you than you expect. Along with the geographical locations and wonders, its beauty adds on to its natural features. Before you call it a day, seek blessing from Lord Brahma and visit the grand design, created by nature’s hand, in the fit of its fancies over the eons, at the portico of the Brahma Temple. It is the Naukuchiatal Lake that will greet you from its nine ends – the nine corners of the lakes, a unique beauty to delight your sight. The lake residing in the small hill station of Nainital district at an elevation of 1220-mts is the deepest of all the lakes in Nainital region, with an abysmal depth of 175 feet. The abyssal aquatic beauty is hemmed in by hills covered by trees and shrubs, creating an enchanting valley for the birdwatchers.

Take a day off to reckon the sightseeing, you have seen and realized in Nainital.

As the rooster crows at the break of dawn, step on the gas for Ranikhet, the exotic highs that reflect the very best of the heavenly Himalayas, its lush green forests, Majestic Mountain peaks, exquisite plant life and attractive wildlife. On arrival at Ranikhet, check in to your hotel and relax. Gather the beauty of the place that won the heart of Rani Padmini, queen of Raja Sudhardev, who chose this scenic place to be her abode, and evoked the name of the place, as Ranikhet, literally “Queen’s Field”. Enjoy nature in full harmony, at an altitude of 1829 meters, where the invigorating mountain breeze, the singing of birds, the panoramic view of the Himalayas – the sights, sounds, and smells will leave you spellbound. Enjoy a free evening to spend in your own way. This inviting location will beckon you with its natural beauty, wherein rains, flowers will sprout up across the valley in rainbow colours, branches of trees will design with ripened fruits and sunlight peeping through the mist and clouds will bequeath an enchanting effect, all across Ranikhet, and as winter comes, softly the snowflakes will fall and cover the landscape in sheets of pure whiteness.

As you reach Almora, clinging to a steep-sided valley, do not be surprised to see, that even Indian royalties too had the fancies of putting up capital; at the higher climbs, for this is the regional capital of Kumaon, first established as a summer capital by the Chand Rajas of Kumaon in 1560. Though you can still trace the colonial-era buildings and reliable trekking outfits, after breakfast, you will visit the Golanju temple and leopard zoo and leave for Kausani, perched high on a forest-covered ridge, a tiny hamlet with breathtaking panoramic views of distant snow-capped peaks, fresh air, and a relaxed atmosphere. Drive 19-km north through the spiral roads of the high mountain to enter the 12 Century Shikara-Style temple complex, with a divine ambiance around, amidst the shades of lush green trees and other shrines and old villages around. It will be a memorable visit to treasure, for as you stop by the Sunset point to watch the magical spell on the sky, through its scattered clouds.

After having breakfast, leave Kasauni for Corbett, in Kumaon region. As you reach the vast expanse of 1318-sq-km, the wild trails will guide you into India’s National Park, Corbett National Park that was built in the year 1936, with help from the British hunter and naturalist Jim Corbett, and named the National Park after him, who is still revered by the locals, for his effort in saving the villagers from the tigers that developed the taste for the human flesh. Through his book, The Man-Eaters of Kumaon, he put Kumaon in the map of the world. However, he eventually shot more wildlife with his camera than with his gun. On arriving at Corbett, Kumaon, your evening will be free for you to spend your own time for sightseeing such as Garjia temple and Corbett fall.

As the dawn breaks, set out to enjoy the jungle safari at Corbett National Park (at your own cost). Explore your wild side in the lush green vegetation in the park that cradles in the foothills of the Himalayas at 3300 feet, spreads over an area of 520 sq km. Return to the resort for breakfast. In the afternoon, visit Corbett Wildlife Museum, Dhikala, which offers an awesome uninterrupted panoramic view of the valley. There are watch towers, elephant safaris, and jeep safaris to view the beauty of the wildlife. As you lose yourself in the green morass of Corbett, you may have the luck to meet the Tigers in the woods. Corbett holds the highest population of tigers in India, however, leopard, elephant, bear, and deer are the other exotic wild, you can experience. While, trailing the forest tracks, stop by the river Ramganga, flowing reluctantly, bearing the slender snouted gharial and the marsh crocodile, sun basking by its bank.

After breakfast check out from the hotel, and drive to Delhi for your onward destination.