India's First Delhi-meerut Rapid Rail To Be Operational From 2023

India's First Delhi-Meerut Rapid Rail to be Operational from 2023 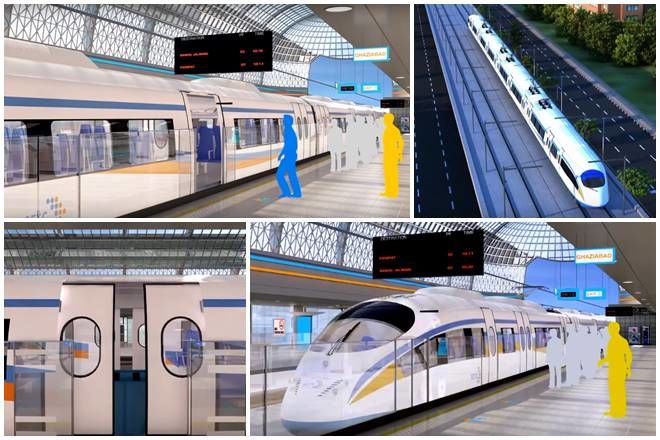 The Delhi-Meerut Rapid Rail Transit System (RRTS), is a joint venture of the Center and Uttar Pradesh government and will begin to operations by 2023.

As per the media reports, the 82 km long RRTS will cross over rivers, bridges, rail crossings, metro corridors, and expressways along with the Delhi-Meerut Median.

The Route and the Destinations Covered by the Transit System

The corridor will have 24 stations, of which 17 stations will be elevated, five will be underground, and two at grade in maintenance depots proposed near the stations at Duhai and Modipuram

Check the Route of the System here

All you need to know about the Project

The project of RRTS is under the NCRTC and the out of the 82km, the 70 km is already elevated. NCRTC officials expects about 8lac passengers to use RRTS system.

An NCRTC spokesperson told Times of India the company is erecting pillars at a distance of approximately 34 metres to construct the elevated viaducts of the corridor.

The Delhi Metro Rail Corporation (DMRC) also deployed such special spans where construction of viaduct was not possible. The longest was these was deployed at Okhla in South Delhi to cross over four railway tracks.

NCRTC has so far constructed 900 piers and 10-km of viaduct, mostly locate between Sahibabad and Duha in Uttar Pradesh, set to be commissioned by March 23.

Financing of the Project

The UP government has allocated Rs 1,326 crore for the project in the current financial year. According to the officials of RRTS project, 24 stations will be built along the entire corridor.

Progress of The Construction

As per the reports, the first pier of the elevated section of the 82.15 km long Delhi-Meerut regional rapid transit system (RRTS) has been completed near the upcoming New Ashok Nagar station.

The Delhi portion of the elevated RRTS corridor starts from the Sarai Kale Khan station and passes above the existing Barapullah flyover while crossing the Yamuna river to reach the New Ashok Nagar RRTS station, according to the NCRTC. The Delhi-Meerut is one of the three prioritized corridors of the first phase of the RRTS project.

According to the plan, the RRTS trains will have business class coaches and hopes to raise share of Public Transportation

Benefits of the RRTS

The increase in passenger ridership in the region and people minimizing travel time and private vehicles will reduce traffic congestion and curb vehicular emissions.

With safe mode and comfortable form of transport and boost in activities, a positive change in the travel patterns is expected.

The project aims to decongest Delhi by providing an option for the population of NCR to settle in surrounding cities and being able to travel to Delhi. It will promote social inclusion and development through improved accessibility to places that provide education and job opportunities.

And the best part is that line is one of the three early bird lines to be developed by NCRTC where trains will run up to a maximum speed of 160 km/hr to cover the entire distance in 1 hour.