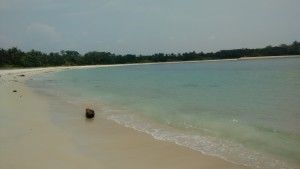 Days go by and we keep dreaming about the day when we will travel, explore and experience all the wonderful things nature has to gift us. Caught in a web of studies, work and other responsibilities the dreams we talk about on Friday nights over a few drinks merely remain dreams. We make plans only to get busy and forget about them the moment the night is over and we are pulled back into our daily hectic schedule. Thus, it was on a completely random day that a normal girl like me decided to actually take a step towards my dream - just one tiny step to begin with. Since childhood, nature has always calmed me, fascinated me and left me spellbound. It touches a corner of my heart that no man-made wonder can reach. Nature in its pristine form has always been my favourite and the places less explored by tourists have always grabbed my attention. It was during my search for such a place that I found out about St.John's island, Lazarus island and Kusu island. Hence, while everyone was crazy about chilling in Sentosa, I decided to find my happiness somewhere else.

On a Thursday morning, I woke up with the help of multiple alarms praying the prevailing haze doesn't hit a new high on this day or the sky does not burs t out into showers. If there is a God, I would say my prayers were answered.Therefore, on a bright, sunny and almost non-hazy day I made my journey to these two islands. 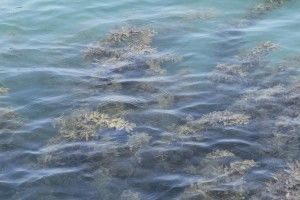 On reaching Marina South Pier by MRT, I quickly grabbed a ticket for the two islands and in the meantime also made a quick round of the Maritime Gallery of Singapore in the 2nd storey of Marina South Pier. The ferry barely took 30 minutes of our time and thus with a group of random people- a group of friends, some couples, some families and 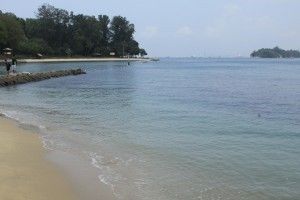 some travelers (presumably) I stepped into St.John's island. The excitement of visiting a new place quickly offset the effect of lack of sleep and I stared into the small beach for a while. After taking a few pictures and meeting a group of friends who wished for a picture to be taken, I started to walk around. It was at this time when a kind passer-by stranger (who appeared to be Indian) directed me to the opposite side of the island to find the main beach of Lazarus island which is a short walk from St. John's. Quickly, I was on my way to this beach and was pleasantly surprised to find some mangroves on the way. 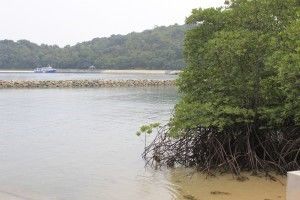 The unexpected little joys life offers you are indeed worth appreciating. Upon reaching the wonderful beach, I was relieved to find a big group of tourists leaving the beach. I guess I wanted my little time with nature to be undisturbed. 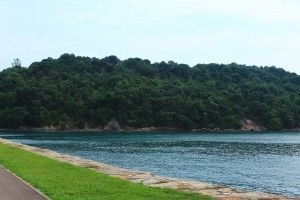 After debating for a moment whether I should give in to the temptation to get into the water or not, I decided not to let go of this opportunity. The next one-two hours will always make me smile whenever it enters my thoughts, not because it was something special or happening but because it was so soothing, relaxing and wonderful. I joyfully played around in the water and walked around the beach with not a single soul in sight. I sat on the sand to let the small waves crash against my legs and experienced the change of tide. I stared all around the serene beach only to be mesmerized once again by what nature has to offer us. 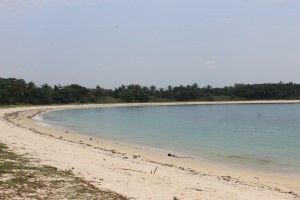 Over time a few more people entered the beach and I decided it was time to leave. After freshening up in a not-so-well-maintained washroom, I sat down at a spot to just be among nature and forget all my worries for a while. It was then that I realized I was indeed starving and this island does not have any food joints (at least none that I could find). After a while, a cat began to bother me (I guess I never was fond of cats) and I decided to walk around a bit. The kind stranger appeared again only to tell me that if I walk for 10 minutes I would find a small gallery about Sisters' islands. Sisters' islands is one of the places I wish to visit before I leave Singapore as it is the only one in Singapore that boasts of a coral life and conducts dives and walks. I found this tiny gallery which shows the different type of corals which are foundon the island and noted down the website for more information. 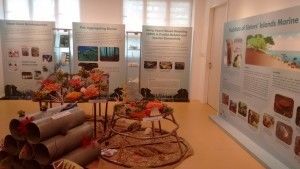 Sadly, the next place the stranger had told me about was a fish-breeding lab which I was not allowed to access. As I made my way back to the ferry, the stranger caught up with me on his bicycle and told me about his life. I also learnt that there are only about 12 people who stay in the island and they visit the main city of Singapore every week for their daily requirements. He also offered to catch fish from the sea and cook it for me the next time I come to the island. He insisted I contact him so that he can show me around completely. Time was running out and it was time for me tobid farewell to this kind stranger, only by now he had become an acquaintance. I walked down the road to reach the ferry and climbed aboard to make my way to Kusu island. Kusu is a tiny piece of land in the middle of the sea with two temples- a Chinese temple and a Malay Temple. 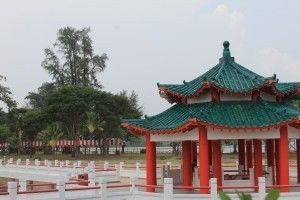 We were given one hour on this island before the last ferry departs. Nothing special about this island except the water was calmer and the island hosts Kusu pilgrimage in the month of October. Legend has it that in order to save twoshipwrecked soldiers, a giant tortoise had turned itself into an island. The sailors were forever grateful and had returned to give theirthanks to this island. Thus began a tradition, on the 11th month of the lunar calendar, many people visit this place to give their thanks and prayers (Kusupilgrimage). After a quick visit to the Chinese temple where people burnt incense sticks, I walked up a flight of stairs to reach the Malay temple. It was a bit of a disappointment to see the temple by itself was nothing grand or beautiful. However, a lot of people had scribbled their wishes on yellow-painted rocks. 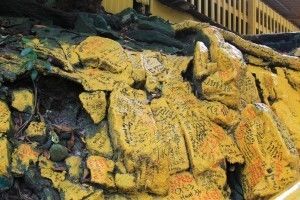 A religious man was performing small ceremonies for people who wanted blessings. Not being a religious person, I slowly made my way to the beach instead. 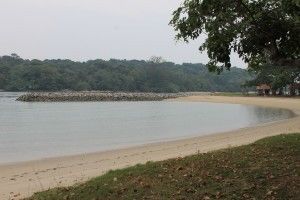 I also found a small area where turtles were lazing around. Alas, time and tide indeed wait for none and hence I had to be on my way to the ferry again. Silently, my heart bid an almost nostalgic goodbye to the islands and soon I reached where I had started off. The small trip thus came to an end but the heartfelt like it was opened up to a new world-a world where you can let all your worries go and feel light, a world where new joys await you- a world of travelling this beautiful planet.