Kerala Travel GuideKerala TripsItto…Irro: At The Helm Of The Last Rural Bastion

Itto…Irro: At the helm of the last rural bastion 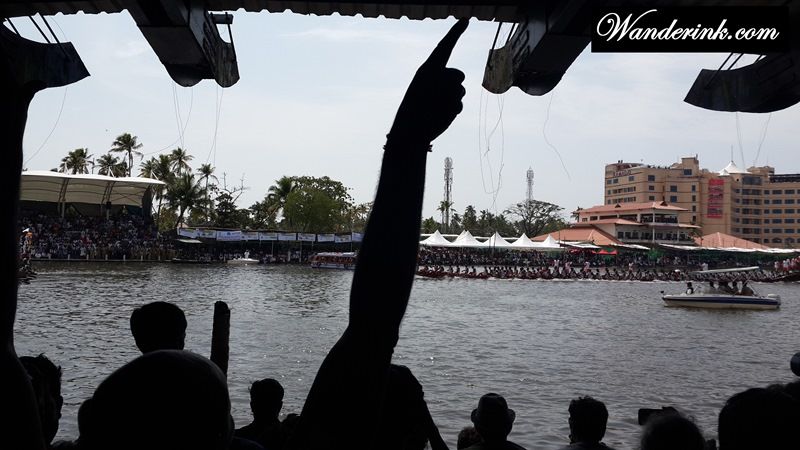 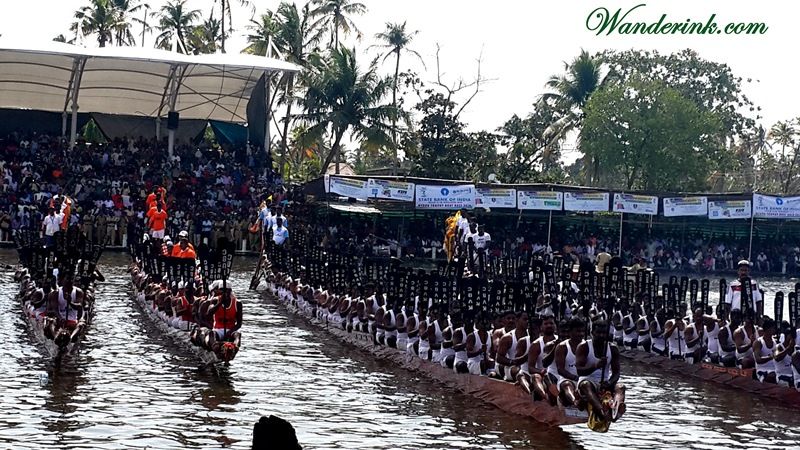 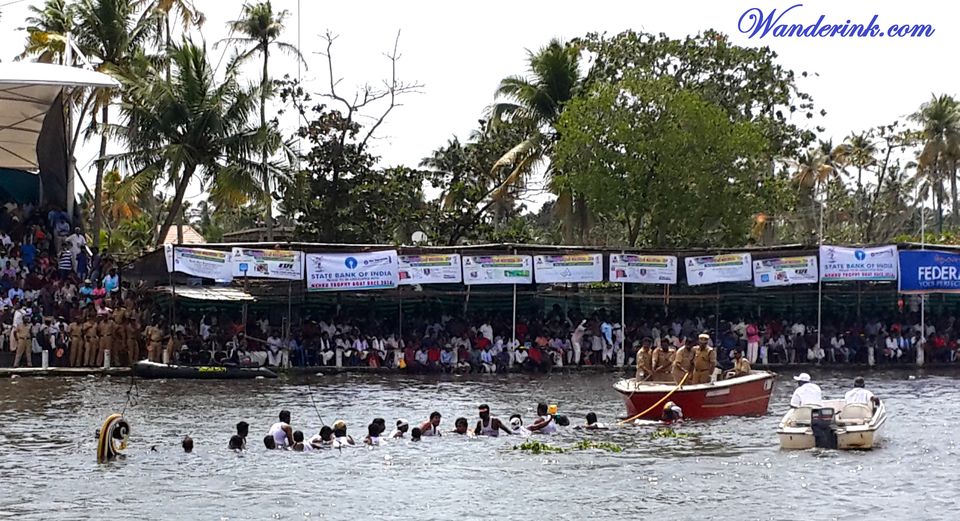 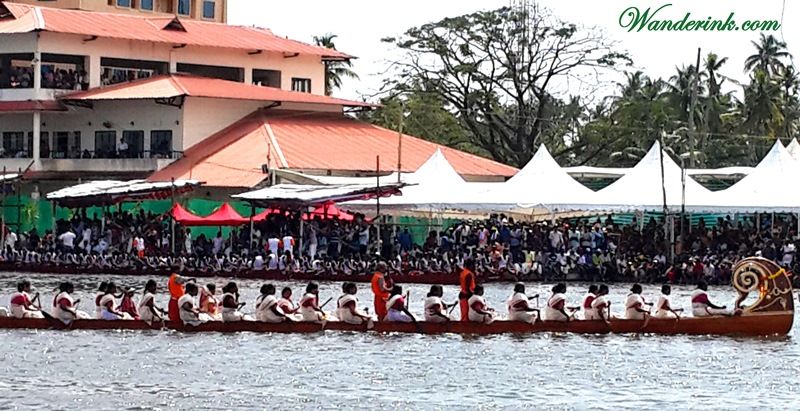 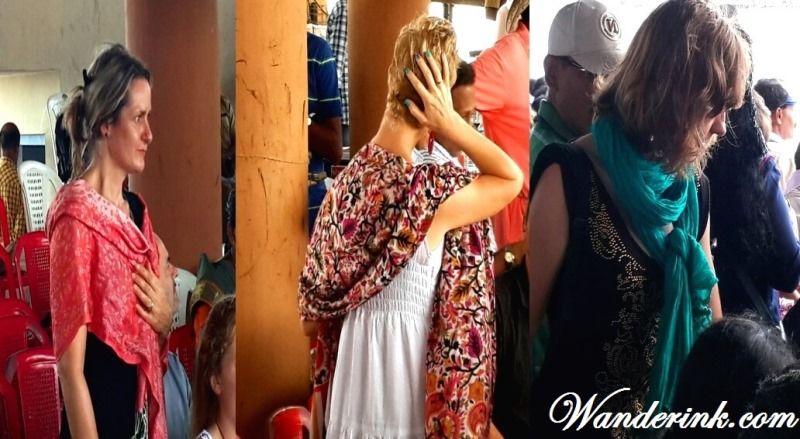 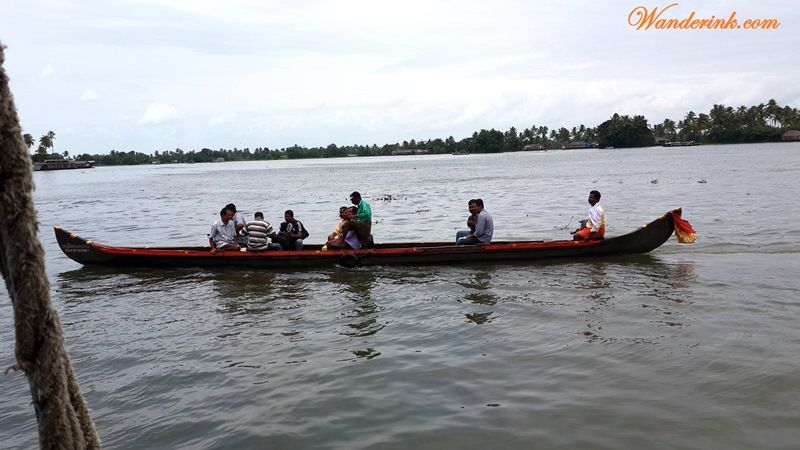 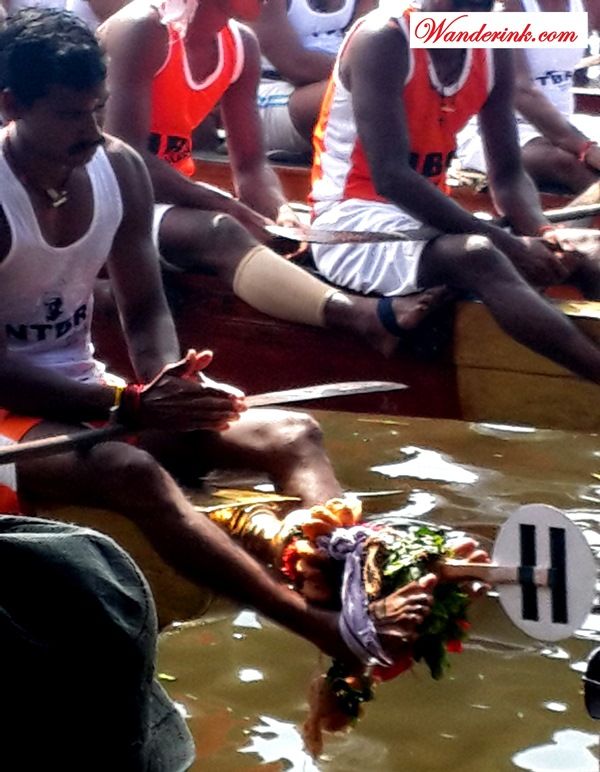 All sporting events are tagged with a festive element that goes up with the rusticity of the setting. On the gaiety front – counting out the induced ones – few compare with the desert competitions of Rajasthan or the traditional water games of Goa. The snakeboat race of Kerala takes it up by another notch being a backwater sport. At a broader level, this spectacle too symbolises, like most other rural events, the triumph of the human will over the vagaries of nature. And my journey to Alleppey for the annual snakeboat race on August 9 turned out, even if inadvertently, to be an apt curtain raiser. The lady at the Tourist Desk informed me without even bothering to sound bothered that, contrary to an earlier announcement, they weren’t organising transport to the event as the roads were flooded due to incessant rains; I decided to bus down. A fortuitous turn of events considering the journey took me through the historical town of Ambalapuzha; the snakeboats, designed for capacity and pace, were originally made for the unending bloody feud between the rajas of this town and neighbouring Kayamkulam. Lording over today are garishly painted many-storied houses with sprawling sedans and SUVs jostling for space in the road-facing porch, holler-posters of the state’s famous remittance economy.

The bus itself brought me closer to my fellowmen from whom I had been away for many years, whose ‘company’ I had come to miss. The refresh session began with the ubiquitous nosiness, garbed in a disarming smile and a genuine desire for my own wellbeing. The bus had hardly left the station before the guy next to me in a collared tiger-striped tee shirt and mundu turned to me and asked where I was going. Now, I like to smile a lot especially when surrounded by serious people. So in Kerala I am a grinning machine – which I suspect got the guy going. I revealed my destination following which there was no stopping him. He rightly surmised me to be a passer-by who needed to be plied with all there ever was to know about the state. And a specimen who needed to be dissected right down to the darkest fantasies. Between interrogating me on everything he would occasionally answer his mobile phone gesturing towards me to hang on.

Went his phone conversation all the time without fail. He would then, after checking the text message with the balance, turn sideways towards me, the mundu edging up precariously close to the hanging brigade baring a cheese-pale thigh smattered with black curlicue mops, like synthetic roses on a wedding car. The distended tiger stripes around his stomach would tuck themselves comfortably into my ribcage with not as much a squirm. In Kerala everybody is bursting with knowledge and craving to enlighten everybody else. The most literate state in the country would inarguably be the one with most opinions – and opinionated – as well. By the time I reached Alleppey I knew enough to advise the state chief minister on how to end an apparent political impasse, why the 400-odd closed bars should be opened (as if I needed a reason), how the proposed Aranmula airport could be potentially disastrous on many fronts, why I shouldn’t be watchingAagathan, a newly released movie, the names of all 22 participating teams in the snakeboat race and that Chambakulam would win this year. The only time he had gone for the race was the year he got married; his wife nearly divorced him when she caught him glad eying the ‘madammas’. Now he watches it on live TV. “Why venture out on a rainy day?” Because we are talking monsoon sports, sport? I kept it to myself.

But it didn’t rain on this race day. I alighted to a briskly sunny Alleppey. Public address systems held fort from the air and policemen below. Incessant cautions against pickpockets made me feel myself up often. Repeated warnings not to buy tickets from unauthorised vendors seared through the air. Cops held up traffic to make way for panchayat presidents and all other sorts of people representatives and bigger cops to bully through: all the German and Japanese and American vehicles (Was everybody waiting for the Ambassador factory to shut down?) – symbols of modernity and money – in a tearing hurry to be as close to the chundan vallam or snakeboat with their elaborately ornate beaks and egg-varnished exteriors, rowed by passion, mired in tradition, the last standing bastion of a great rural heritage. The backwaters were formed by an immense seismic activity thousands of years ago and the water sports itself has a recorded history of 1400 years. Being inaccessible by land – most part for most time – the people of the region, Kuttanad, had to resort to boats for their daily commute. Boat races came about just like sprint anywhere else. The race is also a celebration of the residents tiding over yet another Karkkidakam or season of poverty brought on by heavy downpour. This is also the harbinger of the prosperous harvest season.

Thus it went on till December 22, 1952, when Pandit Jawaharlal Nehru with daughter Indira and her sons Rajiv and Sanjay reached Alleppey from Kottayam by boat. An honorary snakeboat race was organised for the enjoyment of the Prime Minister and his retinue. Nine snakeboats raced each other over 1.5 kilometres; the entire race lasted less than 10 minutes (the average time clocked today is less than five minutes, distance remaining the same). A collective gasp resonated across the thronging thousands as the playful Pandit – aged 63 – jumped aboard the winning chundan, the Nadubhagam Chundan. After reaching Delhi, Nehru sent back a signed silver trophy designed like a snakeboat marking the beginning of the big daddy of boat races.

Ad boats were chugging up and down the Punnamada, the backwater venue, when I reached the pavilion. Repeated rounds were made by a brand of electric saw manufacturer rubbing in the fallen – and falling – rubber prices. Rich folks from surrounding areas were showing off their expensive speedboats flying over the wake of the practising snakeboats – much to the consternation of the organisers. Before the heats started was the mass drill – a laborious lining up of the contesting snakeboats in front of the pavilion, a show of the participants’ respect and return admiration for the audience adulation. 22 snakeboats, each 100 feet long, with over a 100 oarsmen, arrayed in a neat order is no mean feat. The reluctance of some teams to participate in the mass drill, I felt, ought to be construed as lack of confidence in their rowing skills; and not to politicking or internal bickering, which was the real reason as a regular I befriended informed me. Announcement was made by the local MP increasing the government dole to the beleaguered games. The frenzy remained where it always was – at the acme.

“Irro…Irro…Irro…” The audience screamed in response, the traditional call to arms to the rowers. The commentator, obviously in high spirits, started ‘Kuttanadan punjayille…’

Vanchi Paattu or boat songs from movies were sung with the same fervour as songs from Chak De at the Wagah. In Kerala there is a song for every job, traditional agrarian jobs, that is. From harvest songs and songs for sowing, there are songs for even while pedalling water wheels in the field. Even the lumber jack has his own song. Thanks to the unrelenting patronage to boat racing by the people of Kuttanad, conducting it with increasing success in the face of all odds (‘It will not die as long as we breathe’ as one Kuttanadan said) the Vanchi Paattu continues to thrive. When paddy fields are making way for highrises and more being earmarked for air fields, one cannot say the same for others like the Koithu (harvest) or Chakra (wheel) Paattu.

One bunch went into the water, the boat didn’t capsize but glided peacefully down like a submarine. The boatmen curiously held positions while a police boat tugged them ashore. I have no idea whether this was some gimmick or a genuine mishap. Supporters of previous and potential winners were not just cheering their lungs out but some were placing bets as well. An organised effort here could really be a crowd-puller. Though not a big draw – at least not yet – there were competitions for women too but in smaller boats. Dressed crisp cotton ethnic saris, they elicited great applause for their efforts and made for curious photo ops.

If passions were running high, the passionate ones were on a high as well. An inebriated local lad was manhandled by a bunch for visitors when he fumbled over – and groped his way up – a woman in their group. Once the races started everyone was seen standing on their chairs while the older ones sat lost in the sea of legs. Some strategically placed screens where the races are streamed will also serve to ensure better order. The Keralite weakness for the cleavage was rebutted by the drapes every foreigner in a sassy dress seemed to be huddled in. Their male counterparts sat typically nonchalant to the marauding eyes; a few event volunteers were spotted reminding leching local Lotharios that not just the games prospect but the goodwill towards an entire culture was at stake if they didn’t behave. Wonder why the tourism department is not furthering this angle of communication. Athithi Devo Bhava is definitely passé.

The heats went on for a couple of hours. Though many left way before the final face-off, I, hooked, sat there ticking off the eliminated numbers from the team list distributed at the venue. The final face-off and a few of us had the whole stands to ourselves. This was the first ever snakeboat race of my life. I didn’t know any team or even a single team member (a whopper considering there are over 100 in a team). I wasn’t rooting for anybody in particular but for the sheer physicality of the sport, the weeks of hard, backbreaking work and the indefatigable team spirit. Looked like everybody was doing the same. We shouted and stomped and sacked the air with our fists. One big adrenaline party. Some jumped into the water, wallet and phone on person. The snakeboats were within sights now – there they came like gigantic centipedes on steroid.

Next morning while reading the newspapers I thought of my friend from the bus. I had scoffed, silently, when he told me Chambakulam would win; Chambakulam had won.

Maybe I should now meet the chief minister…

This trip was first published on Wander Ink.