Jaipur Travel GuideJaipur TripsJaipur: The City Of History And Culture

Jaipur: The city of history and culture 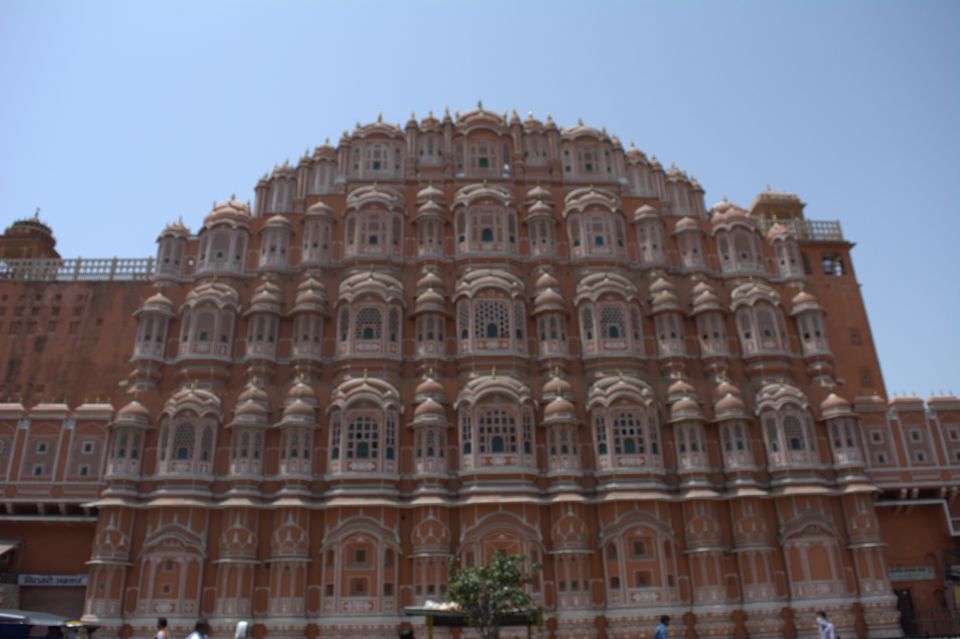 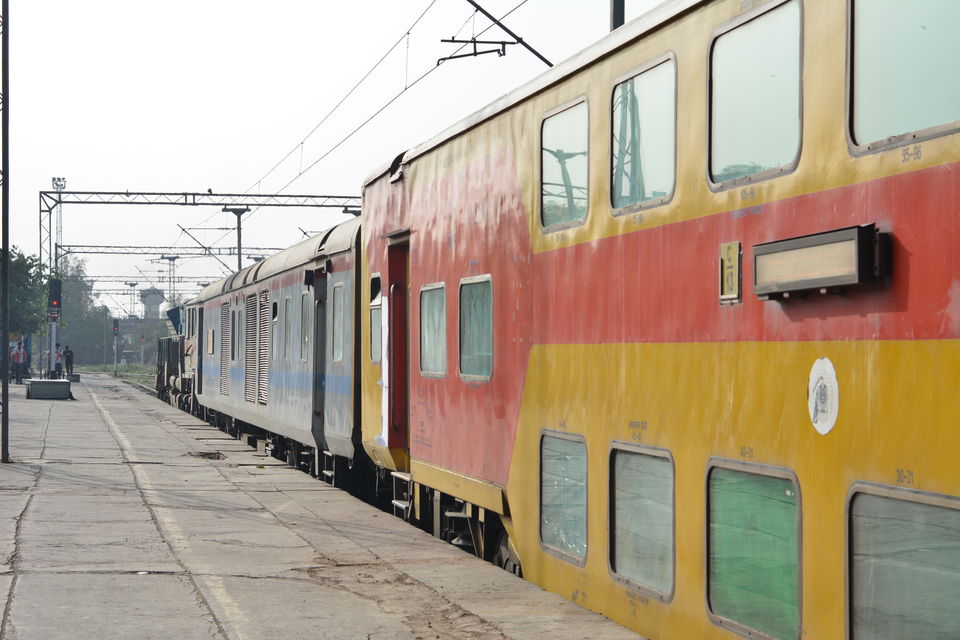 The reception entrance of Anurag Villa 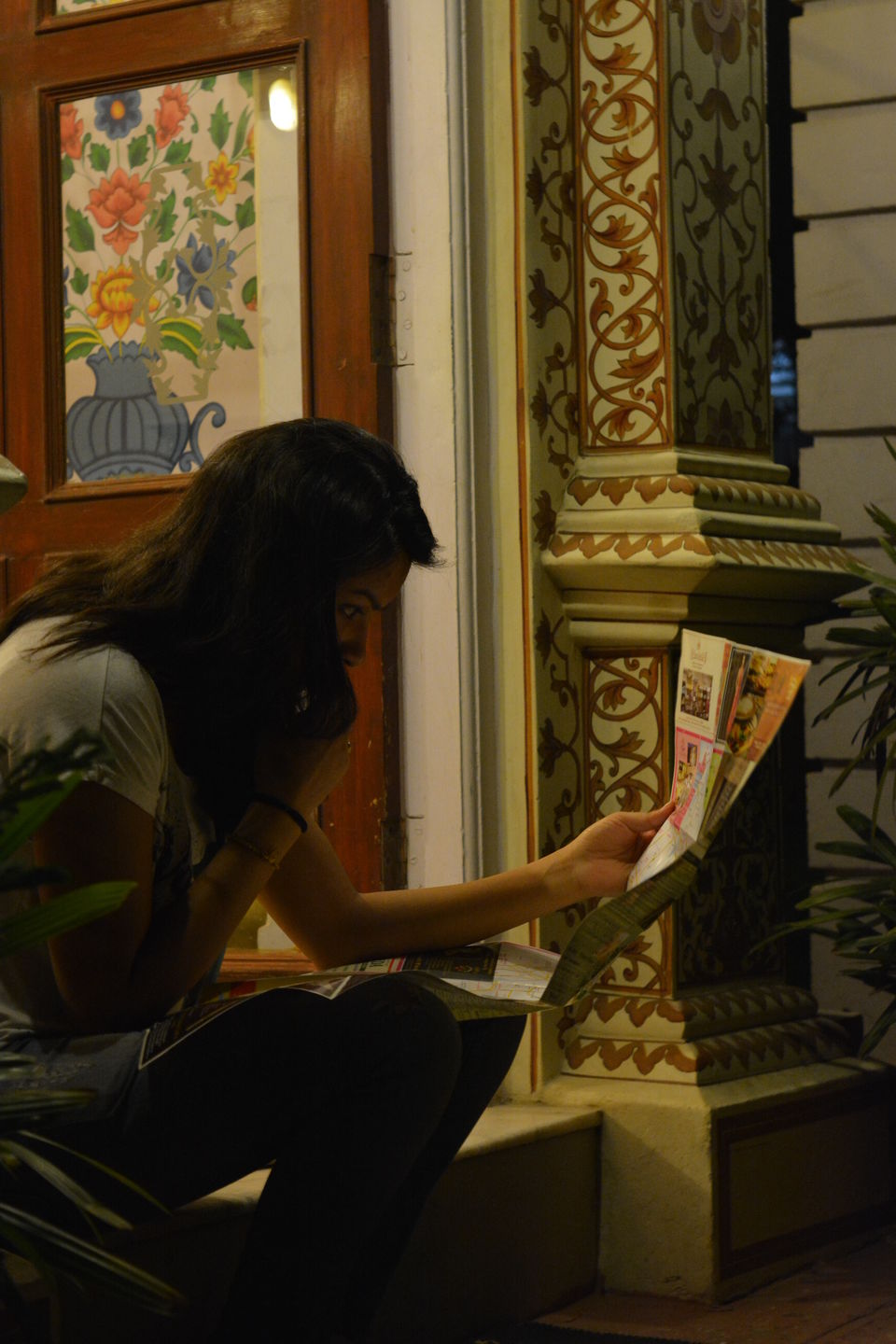 Interior of the Jaipur Double Decker 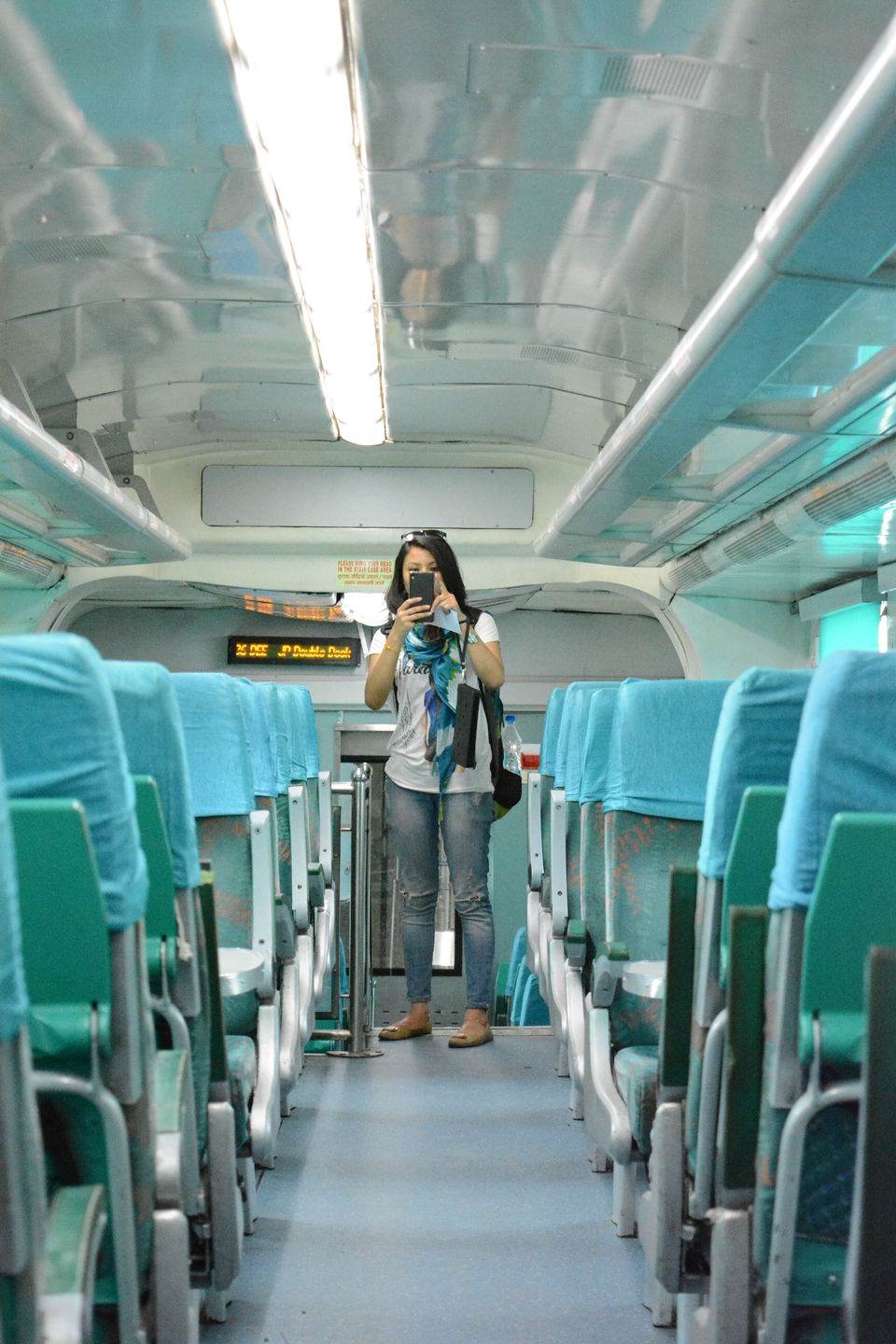 Beautiful backyard garden of the hotel 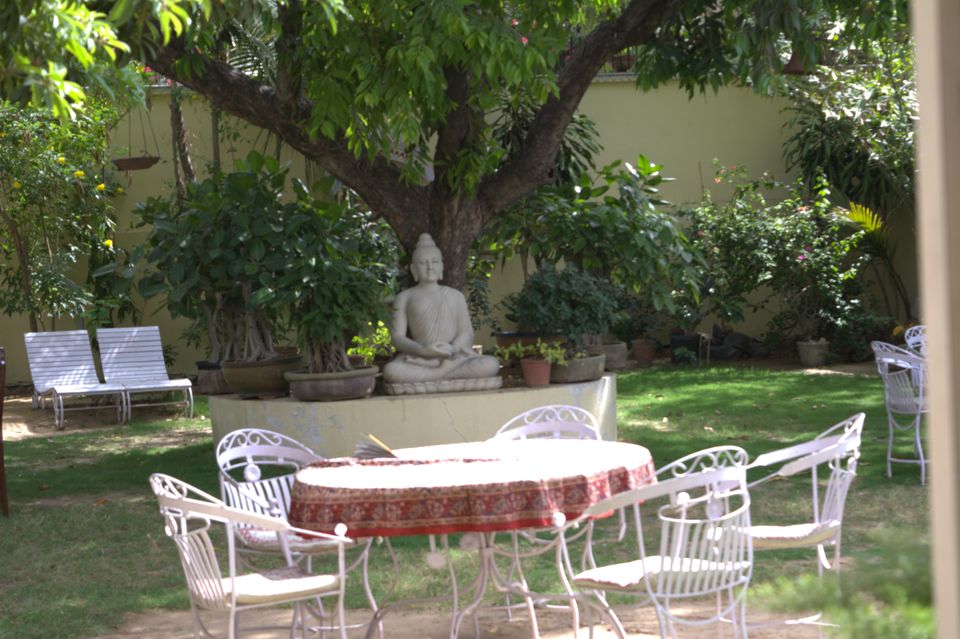 view of the pink city from Nahargarh Fort 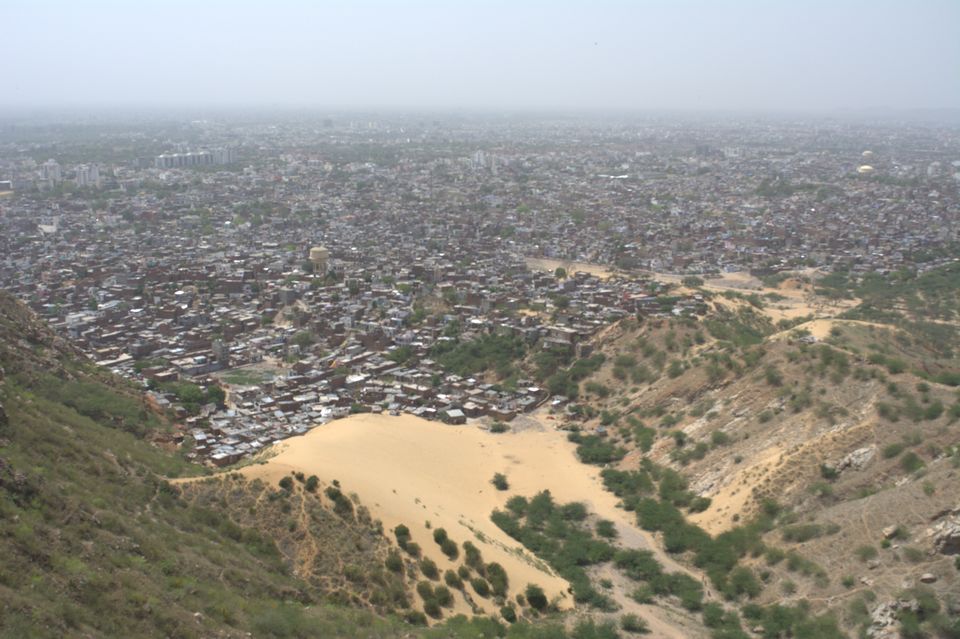 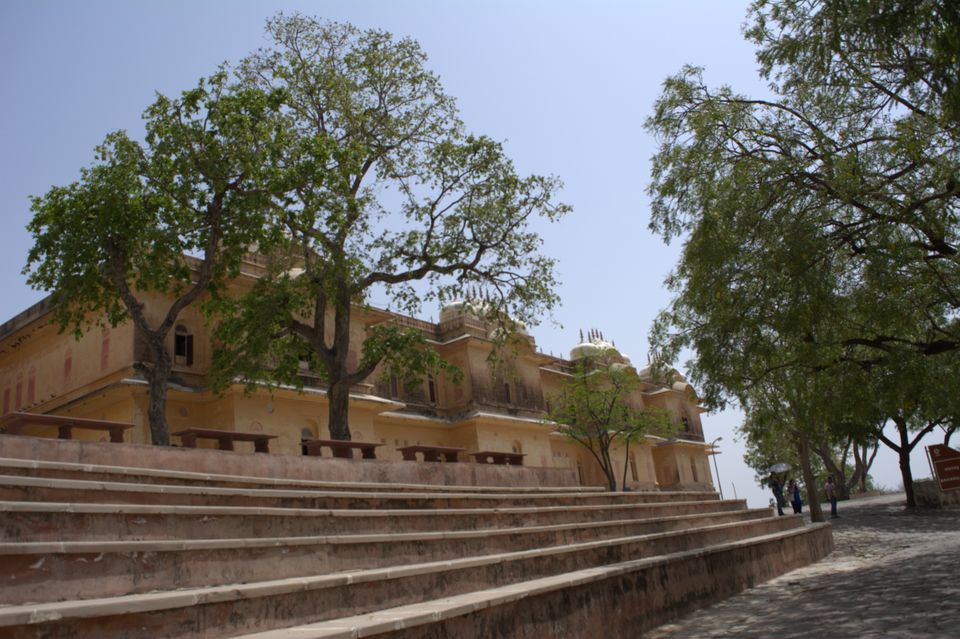 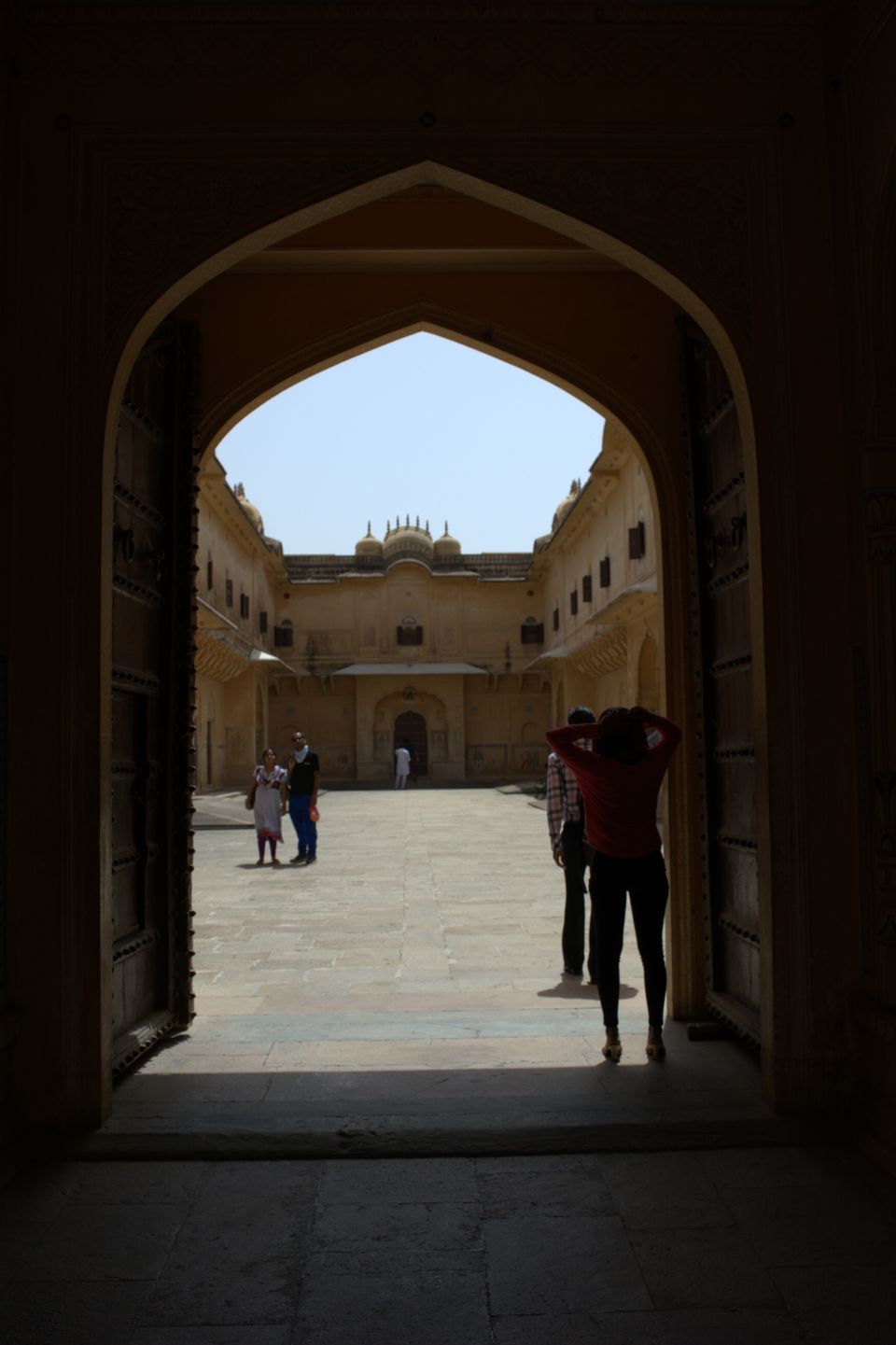 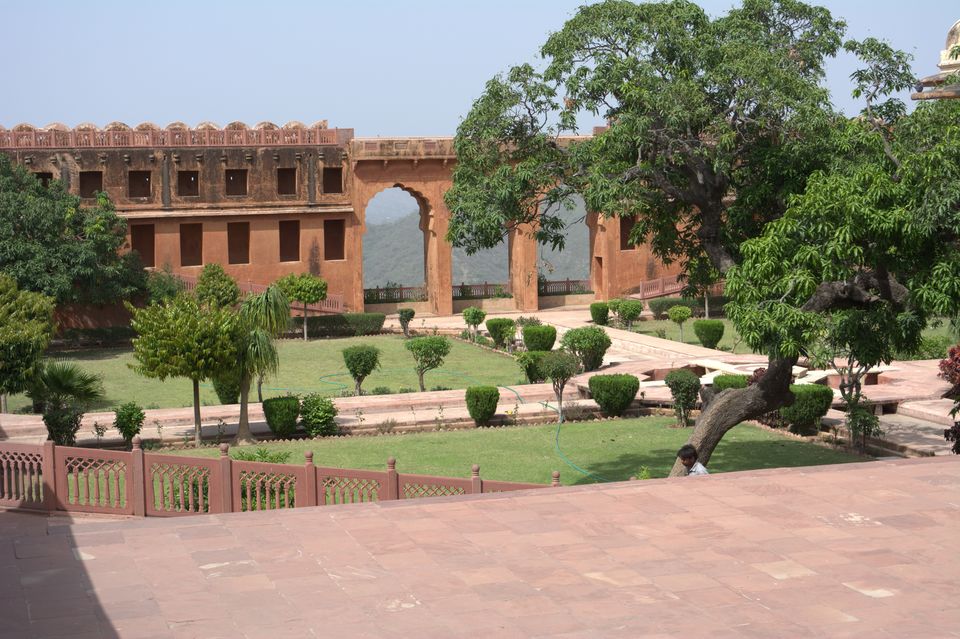 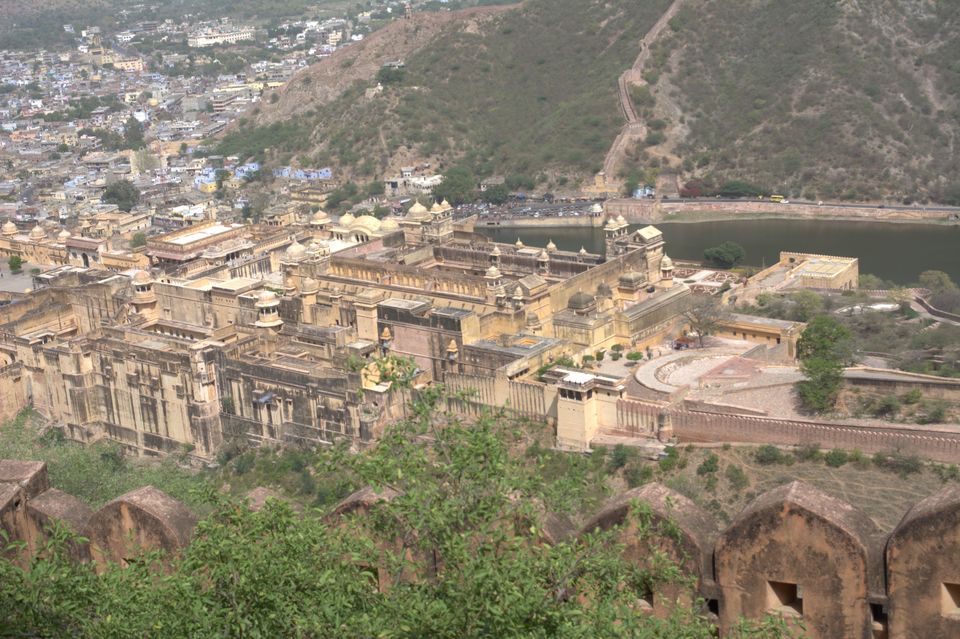 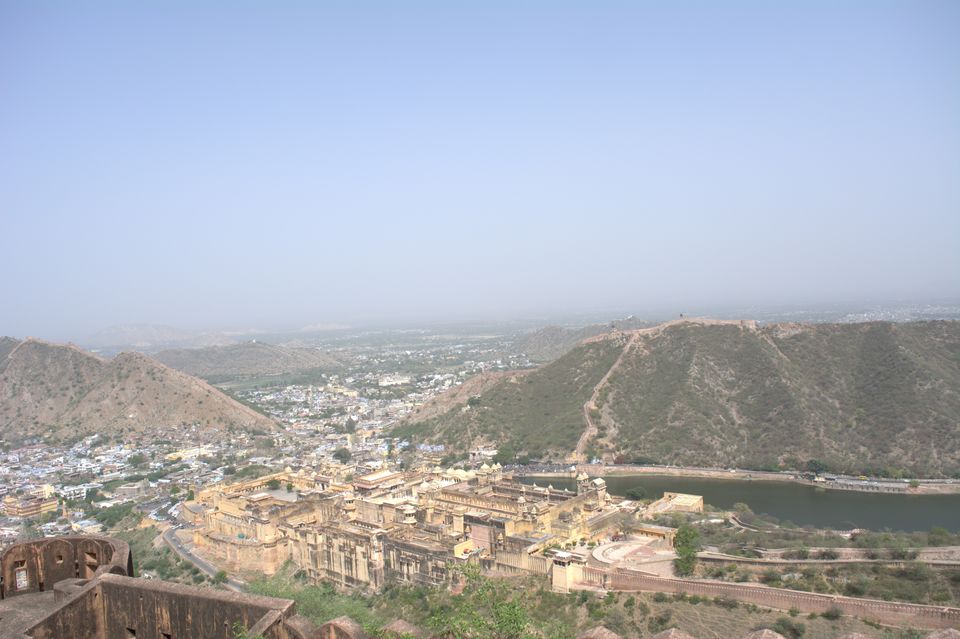 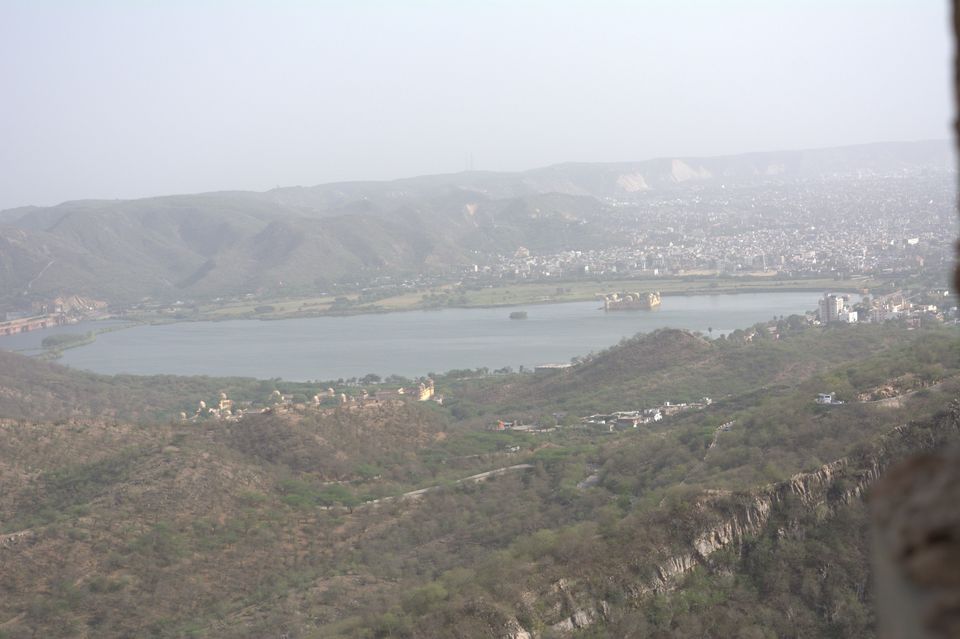 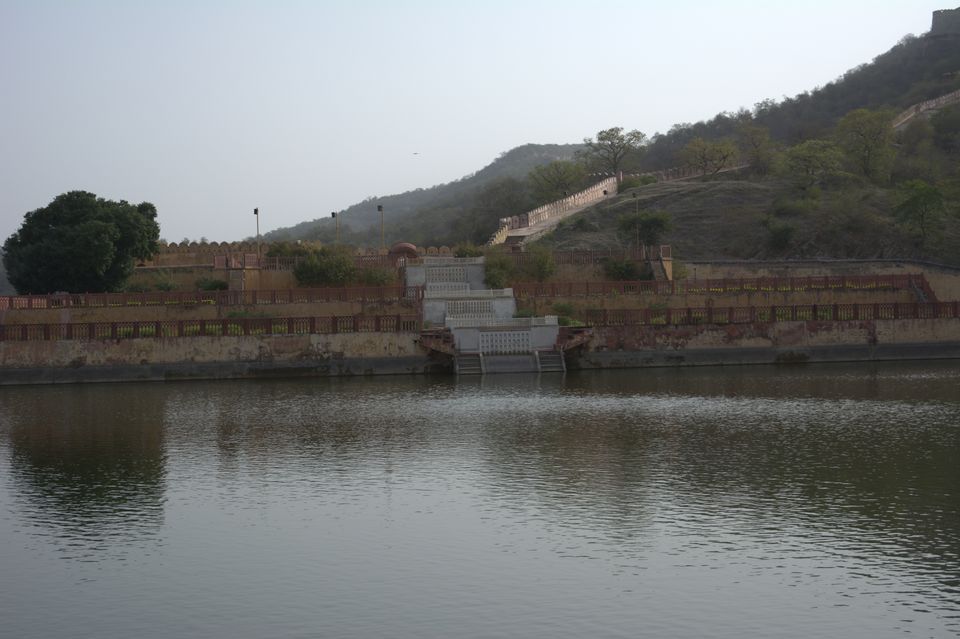 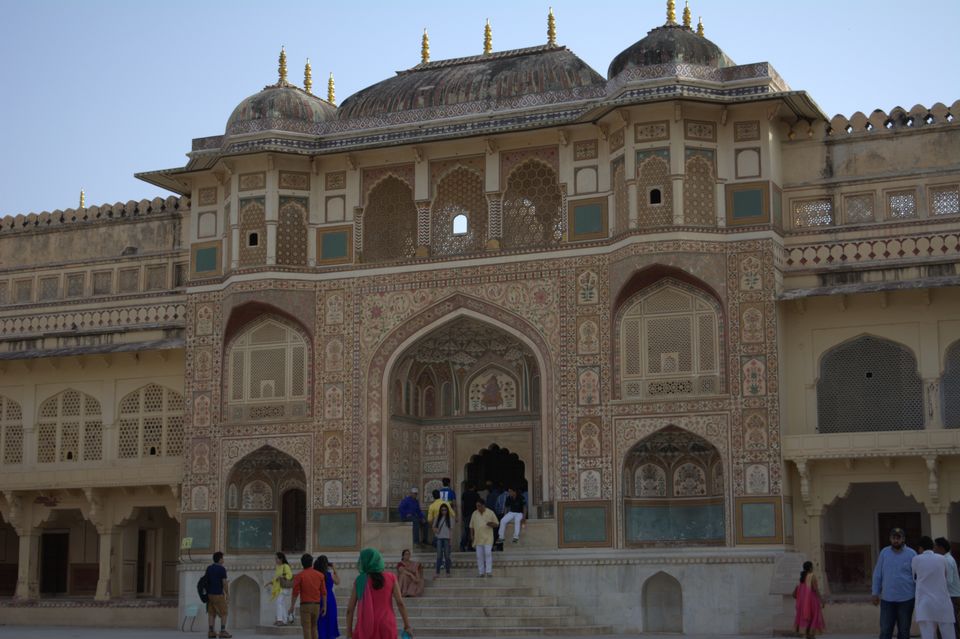 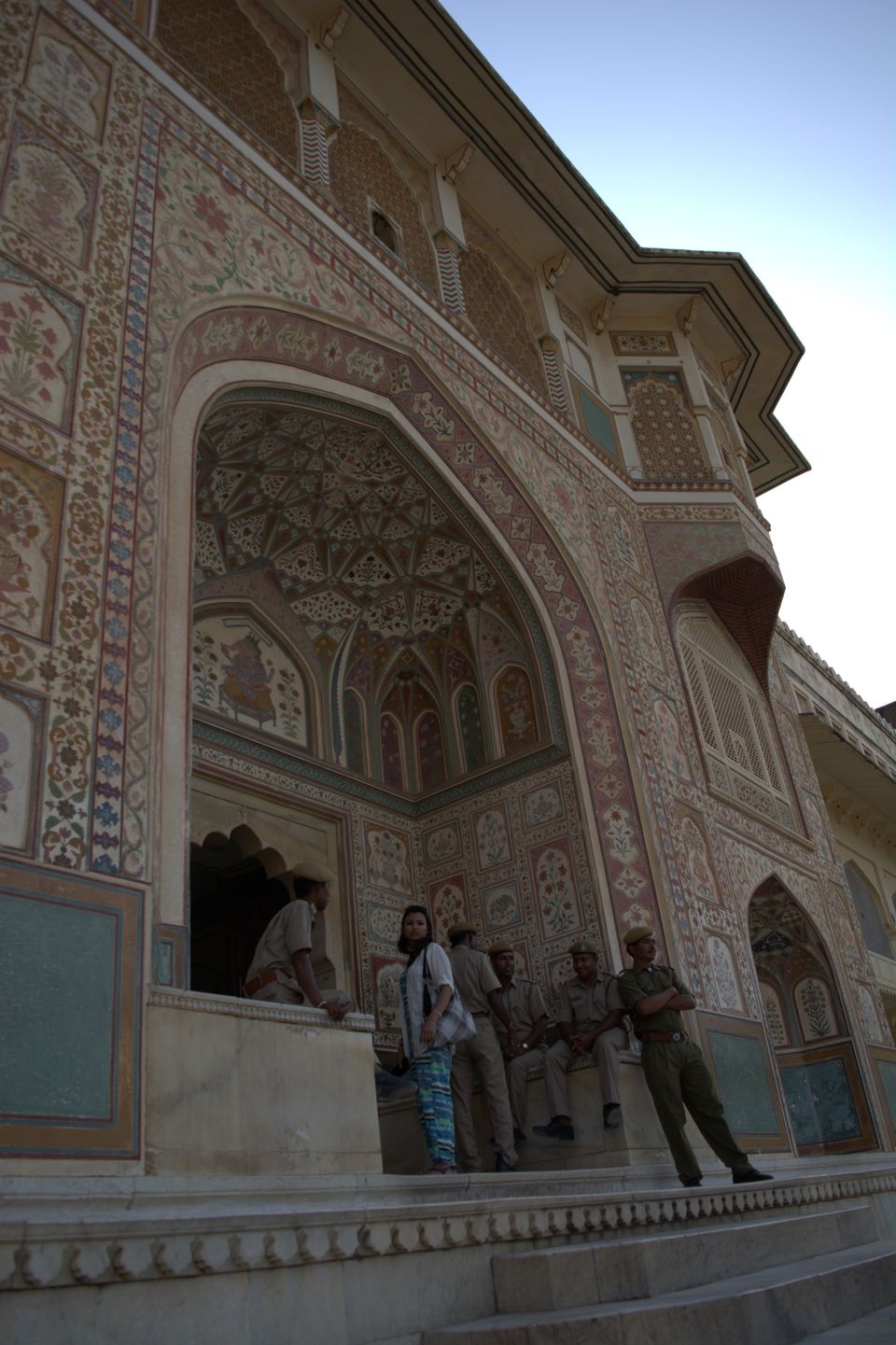 Puppet Show at the hotel 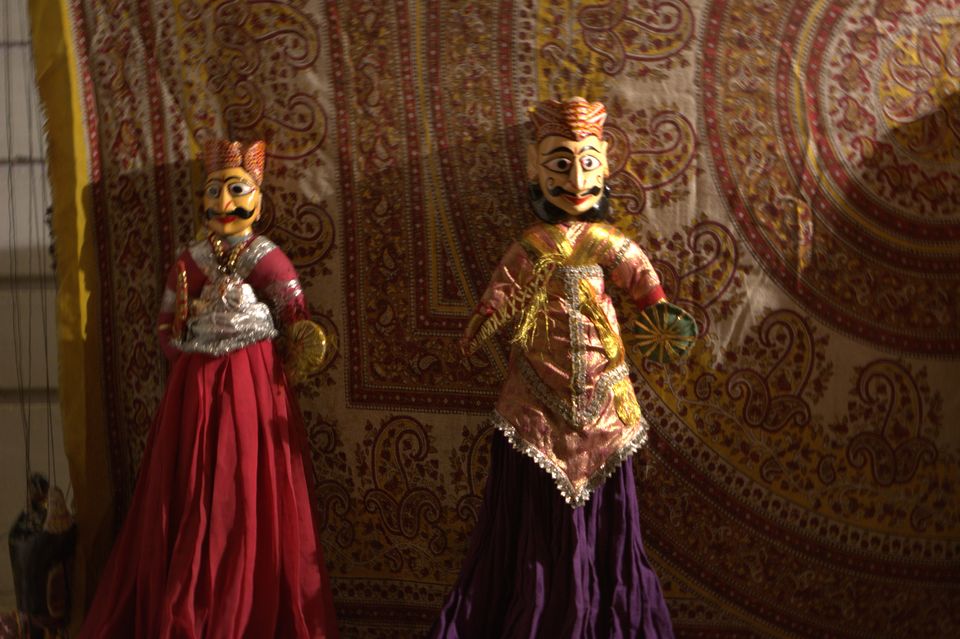 Sight of a peacock welcomed us in the morning 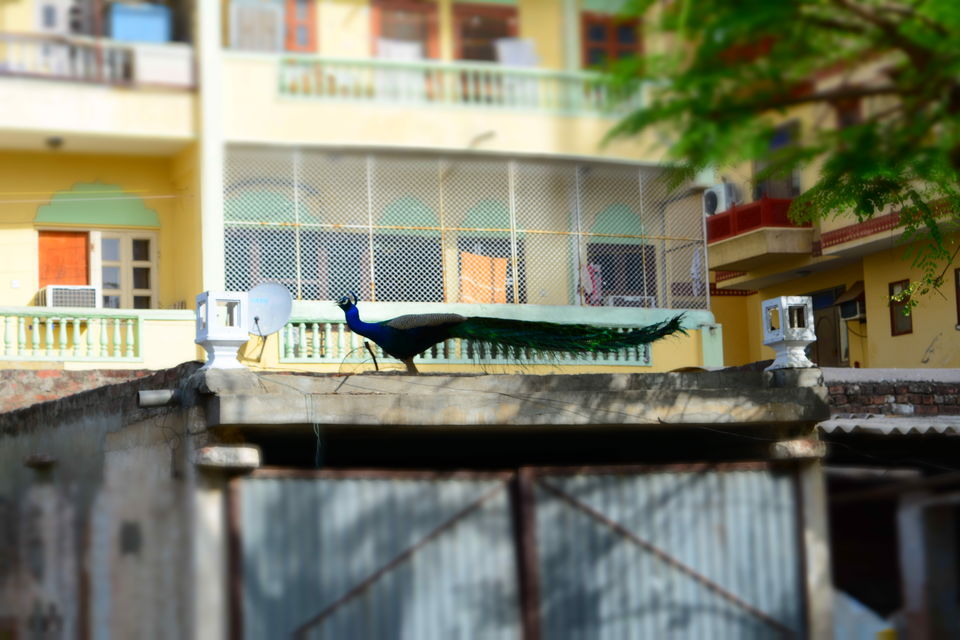 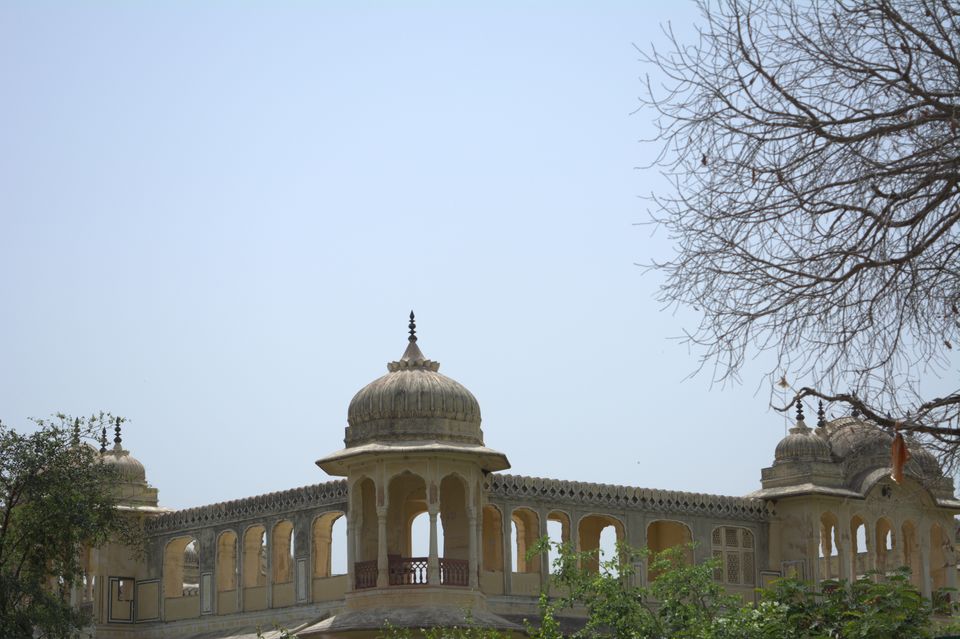 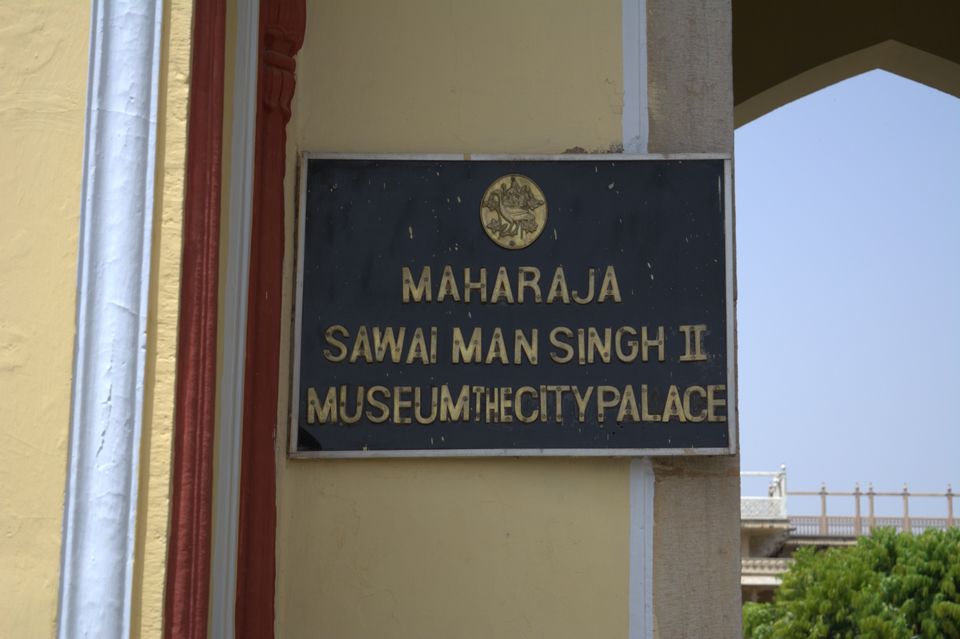 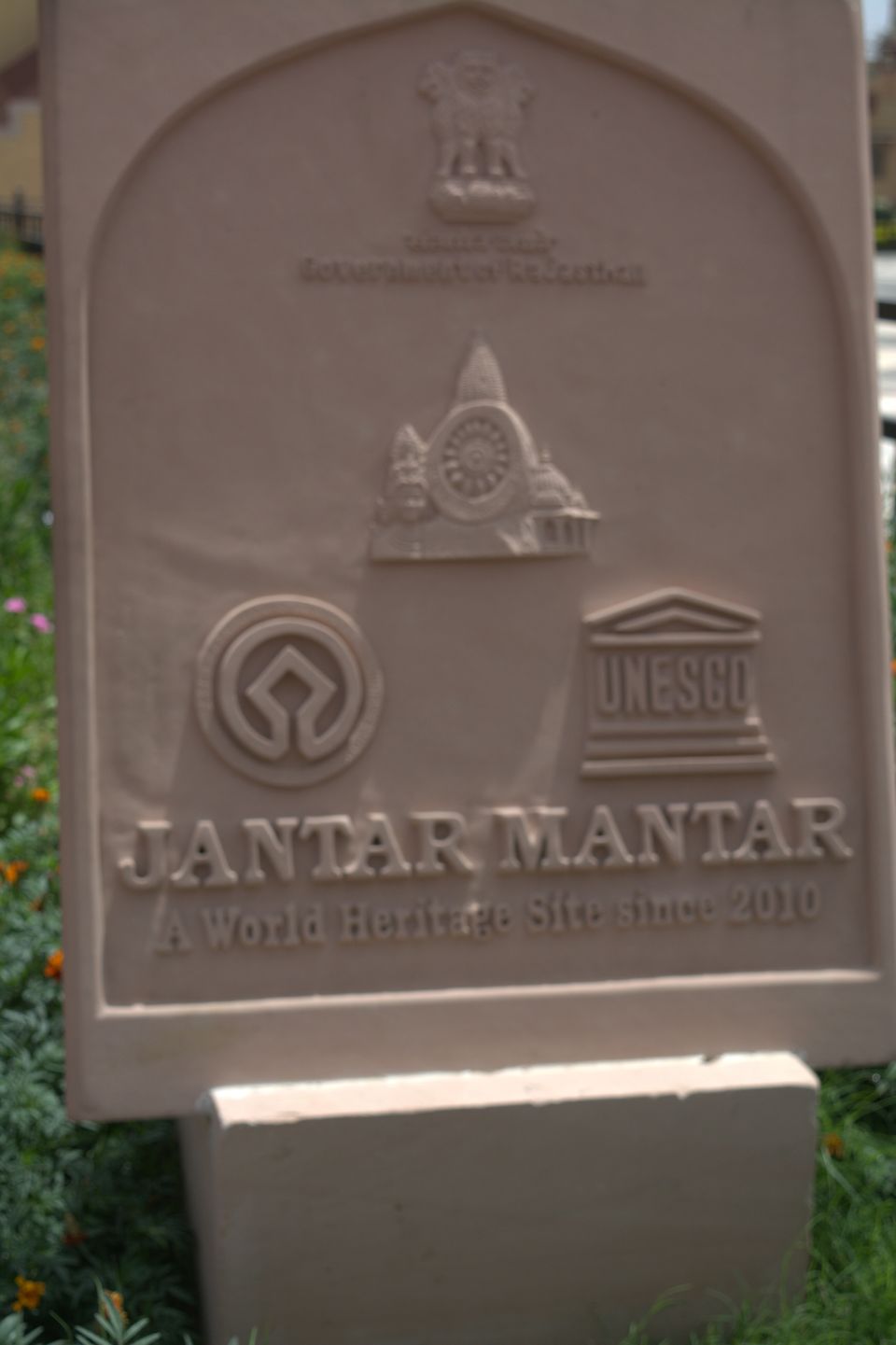 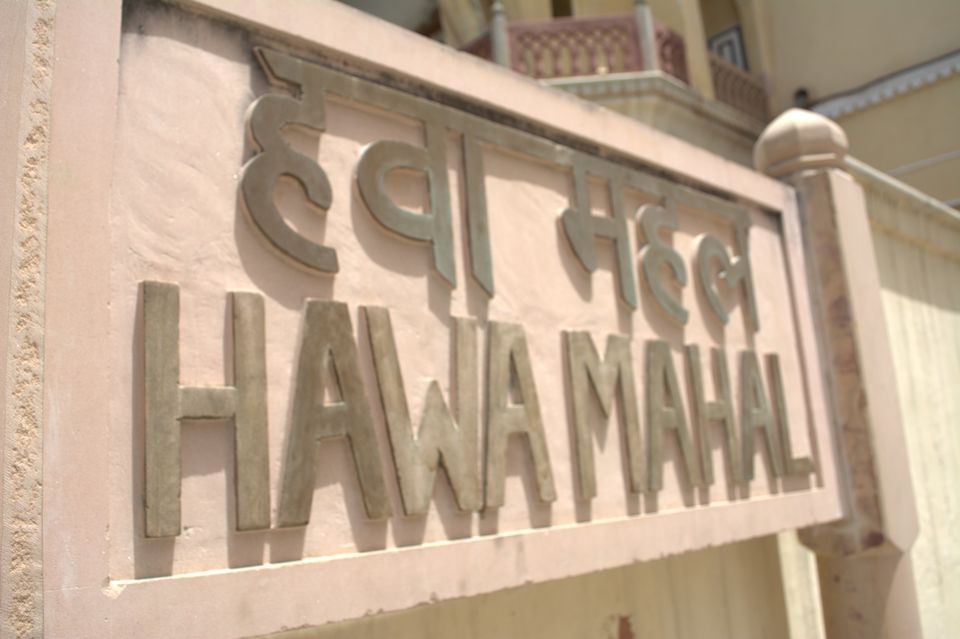 view of city palce and janta mantar from Hawa Mahal 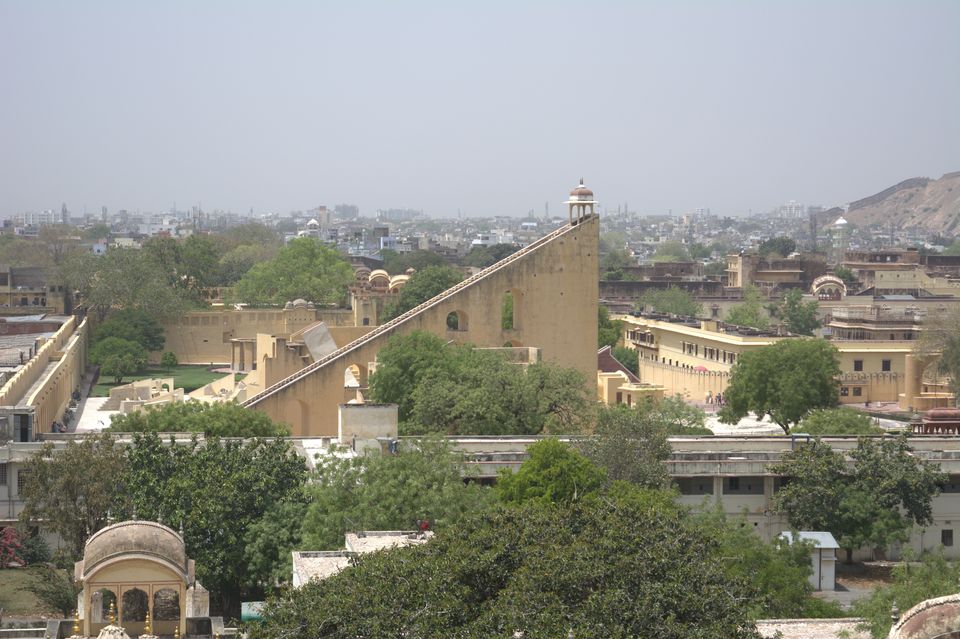 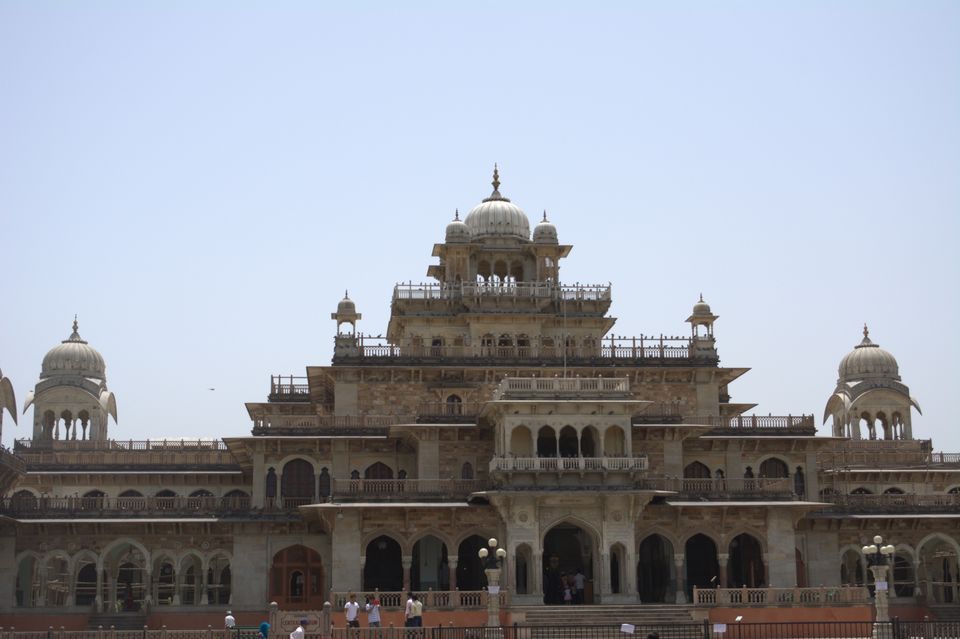 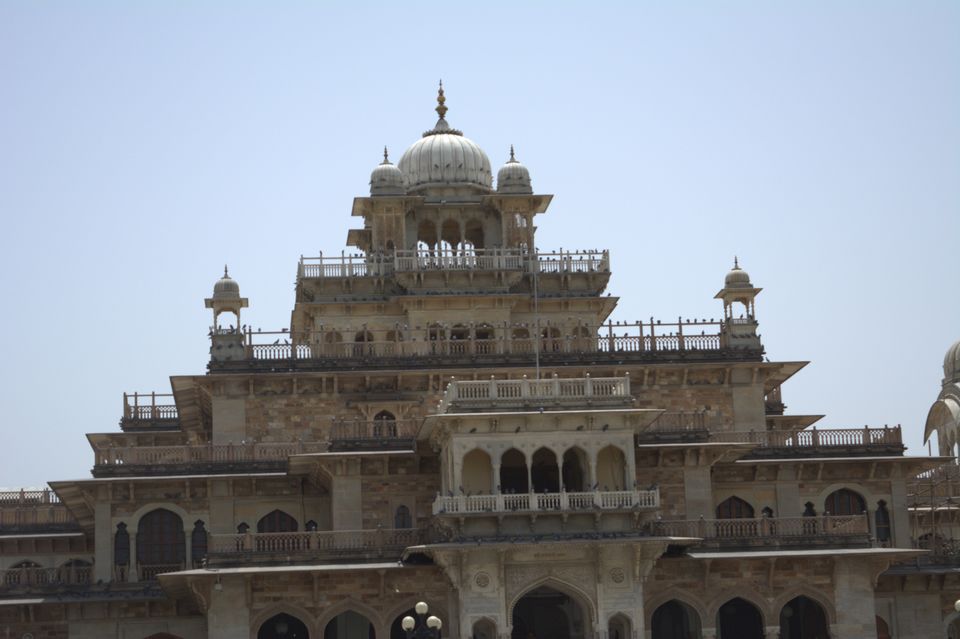 Jaipur being just 238 kilometers and 4.5 hours away, comes naturally as one of the weekend getaways for people of Delhi.

Jaipur is one of the cities of India which values and preserves its royal and cultural heritage till date along with the fast paced modern city developments.

On visiting to the old Jaipur City, one finds out the reason for it being famous as 'The Pink City'; really the city is pink !!

Arriving in Jaipur on 17th of April, we were received by the waiting car provided by our hotel 'Anurag Villa'. Though modest in price, the place was modern yet cultural; the beautiful backyard garden added a 'close to nature' feel in spite of the fact the place is situated in the middle of the city, in Bani Park, near railway station.

With our time and pockets limited,to us the best way to explore the city and famous forts which are situated on the outskirts of Jaipur was on a scooter.

After hiring a scooter and grabbing a city map we set off to explore the Pink City. Making our way through the busy markets of Old Jaipur city which offer a variety of traditional stuff we reached the foot of the Aravallis, on top of which stood the famous Nahargarh fort. Driving the scooter through the extremely steep slope, we reached the entrance of Nahargarh Fort and the view of Jaipur city from the fort was worth all the efforts put in by us !

Nahargarh Fort once along with Jaigarh Fort and Amer Fort made the security ring for the Jaipur city, making the city impenetrable.Various movies including Rang De Basanti have been shot in this fort.

A direct road connects Nahargarh Fort to Jaigarh Fort, which made reaching Jaigarh Fort a bit easier for us.The fort is highly fortified with thick walls of red sandstone. The architecture is of Indo-Persian style and a view of beautiful Amer Fort, Jal mahal and an artificial lake 'Sagar Lake' can be seen from Jaigarh Fort. This fort also houses the world's largest cannon on wheels.The palaces have court rooms and halls with screened windows.

After Jaigarh we started for Amer Fort also known as Amer Palace, the prettiest and the most important of the three forts.Amer Fort is known for its artistic Hindu style elements.The aesthetic ambiance of the palace is seen within its walls. Constructed of red sandstone and marble, the attractive, opulent palace is laid out on four levels, each with a courtyard. It houses the Diwan-e-Aam, or "Hall of Public Audience", the Diwan-e-Khas, or "Hall of Private Audience", the Sheesh Mahal (mirror palace), or Jai Mandir, and the Sukh Niwas. Elephant rides are taken through the narrow Sun Gate at Amer Fort Jaipur.

A light and sound show is also organised in the evenings at Amer Palace showcasing the history and heritage of the place.

On our way back we got the view of famous Jal Mahal or Lake Palace from road side as the palace has been closed for public. Also, camel rides can be taken from this spot along the boundary of Jal Mahal.

With that we concluded the first day of our visit.

The second day we visited the historical places within the city, starting with the famous Govind Dev Ji Temple, on time to attend the noon 'Aarti'. The temple is one of the most important temple dedicated to Lord Krishna outside Vrindavan.

Visit to the City Palace followed next. The architectural styles are largely based on a fusion of Rajput, Mughal and European styles. The 'chandra Palace' within the palace complex is now converted to a museum.

Next we visited Jantar Mantar , the largest of the five ancient observatories with the same name across India. It also houses the world's largest sundial and many other magnificent architectural and astronomical instruments.

The famous Hawa Mahal awaited us next. Built in 1799 AD by Maharaja Sawai Pratap Singh, Hawa Mahal was constructed so that women of royal families could a view of everyday life through the windows, as they never appeared in public. With 5 storeys and 953 'Jharokhas' (windows) the majestic palace stands tall and proud as an excellent example of Rajput architecture in the heart of 'The Pink City'. The palace provides an excellent view of the city from its three upper storeys.

Returning from Hawa Mahal on our way back to the bus station we caught the glimpse of the famous Robert Hall Museum which is said to house many precious artifacts of Rajasthan and Rajput culture of historical importance. Sadly the museum was museum was closed on that particular day.

Also we made the mistake of visiting the city in April which is the time when its too hot, the ideal months to visit the city is from October-March.

Thus bringing an end to our weekend getaway, with mesmerized memories of the bygone era and one the precious cultural heritage of India!

HotelsMap
The place is easy on pocket with a friendly staff and a beautiful backyard garden.