Jerash - A Rome Away From Rome

The ancient city of Jerash is located 48 km North of Amman towards Syria. For centuries Jerash was hidden in the sand and its 6500 year of history was excavated in 1800's by a German explorer. The city prospered under the rule of General Pompey, it was known a Gerasa at that time and acknowledged as best preserved Roman provincial town in the world. Jerash reveals a fine example of the grand, formal provincial Roman urbanism that is found throughout the Middle East, comprising paved and collonaded streets, soaring hilltop temples, handsome theatres, spacious public squares and plazas, baths, fountains and city walls pierced by towers and gates. 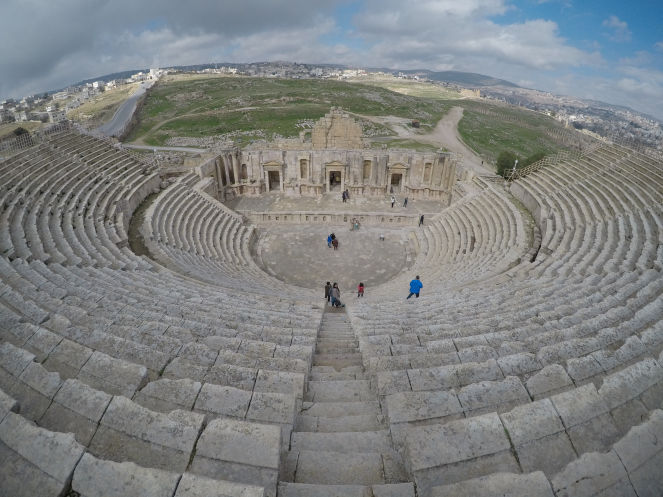 Best done as a day trip from Amman via road. It is a 45 to 60-minute bus ride, buses are available from the North Bus Station at 1JD per person. These buses leave as and when they fill up, which is not too bad considering the price you pay. Taxi's on the other hand, can charge you anywhere between 10 JD to 15 JD.

The Archaeological Site of Jerash

The archaeological park is well maintained and presents you with tonnes of architectural wonders, some of which have beem mentioned below.

This arch was built in the honour of Emperor Hadrian's visit to Gerasa during 129 AD. This impressive triple-bay monument is one of the largest known arches of the Roman Empire. It was also ornately decorated with acanthus leaves. A magnificent Greek inscription adorned the north facade looking towards the city. Today the arch is known as "Bab Amman" which means "Amman Gate" in Arabic, as it stood on the road towards Philadelphia (Amman). It has been restored to give a closer impression of the grandeur it once imposed. 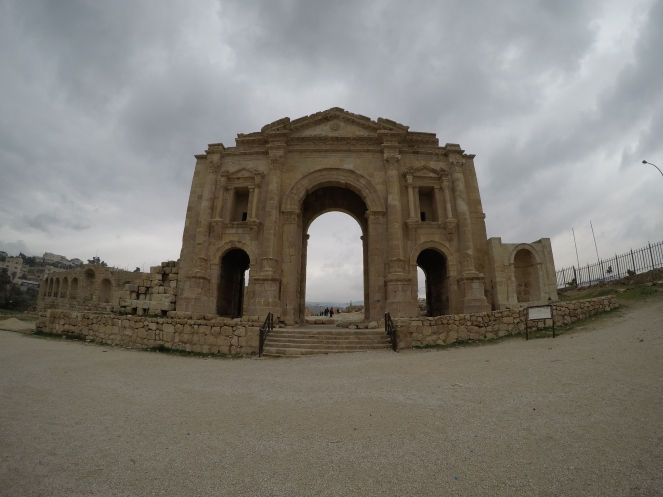 The Church of Marianos:

A perfectly preserved inscription says that the church was built in 570 AD. Much of the geometric patterned mosaic floor remains intact, offering a lovely example of a typical element of Byzantine style of interiors. 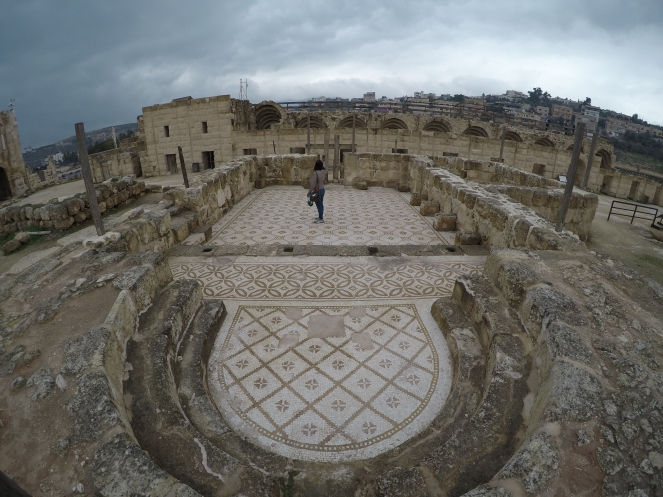 South Gate and the City Wall:

A monumental arch that stands at the southern entrance of the city. Today it is the main way to the ancient city. The gate later became 3.4 KM long city wall that was constructed at the beginning of the 4th century AD. Remains do not indicate the existence of any earlier defensive wall, which could mean that Gerasa would have been an open city up until early Byzantine times. 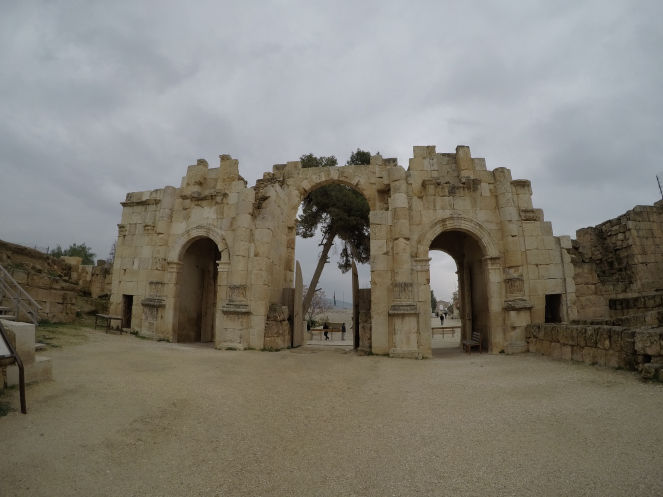 The East Souk and the South Street:

In the early 2nd century a strip of 15 workshops were built outside the limit of the city, along the first 50 meters of what was the road that led to Amman. The shops seem to have been occupied by craftsmen, carpenters, pottery merchants and bronze worker. These shops would have been in use till the late 3rd century.

This plaza's grandeur is emblematic of the ancient city of Gerasa. Its shape is unique and the plaza was actually built to connect the Cardo with the sanctuary of Zeus. The plaza was built in the beginning of 2nd century AD and the paving came much later in about 4th century AD. 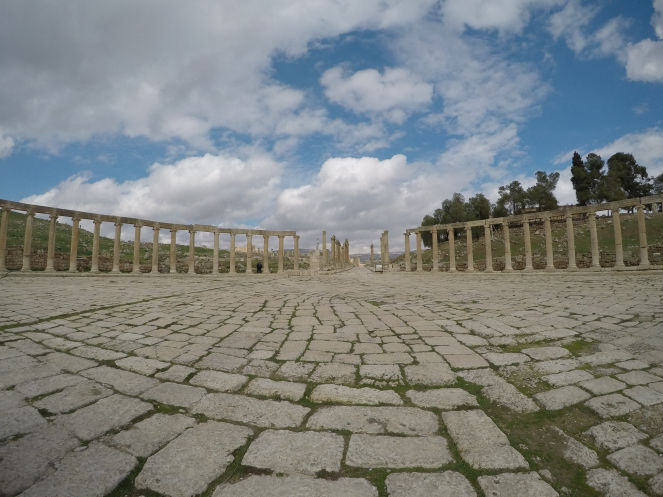 The Sanctuary of Zeus Olympios:

Commanding a great view from atop the hill overlooking the Oval Plaza, the Sanctuary of Zeus Olympios was a place of workship from the Bronze Age up to the late Roman eras. It is made up of two main parts - lower terrace and upper terrace. The sanctuary still stands tall giving a picturesque view of the Oval Plaza. 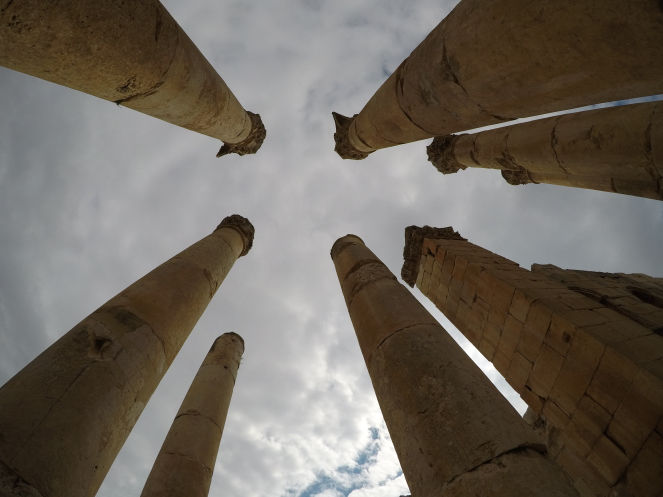 In about 220 AD the rocky floor of the southern most shop of the west souk was dug to house and oil mil. The ancient oil press has been well preserved and can still be seen there. A staircase cut into the rock enabled access to the oil mil from the sidewalk of the west souk. The press itself stood in a large niche on the west side, facing the door. 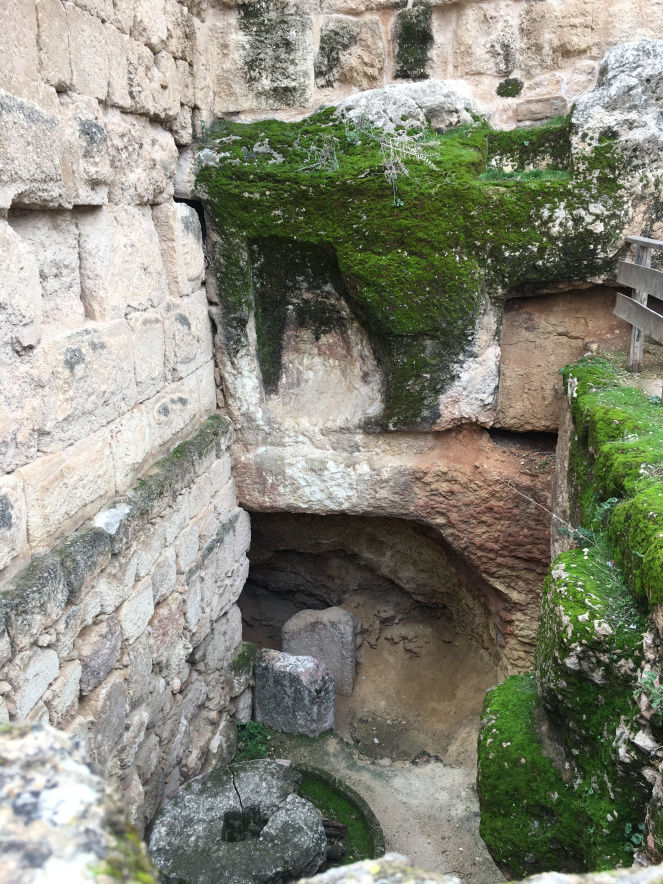 Some pictures from Jerash: 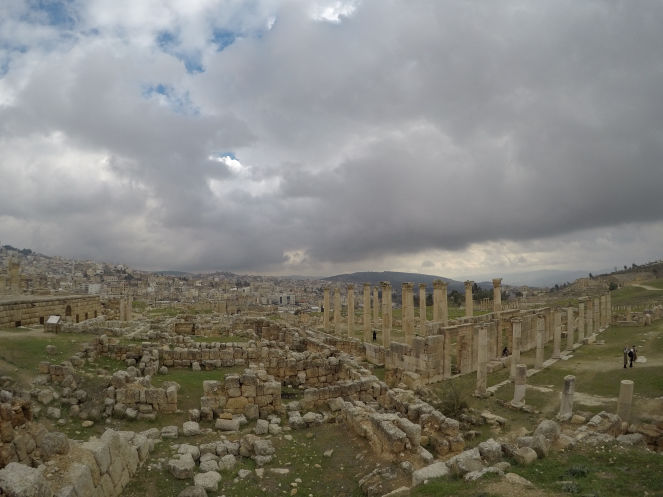 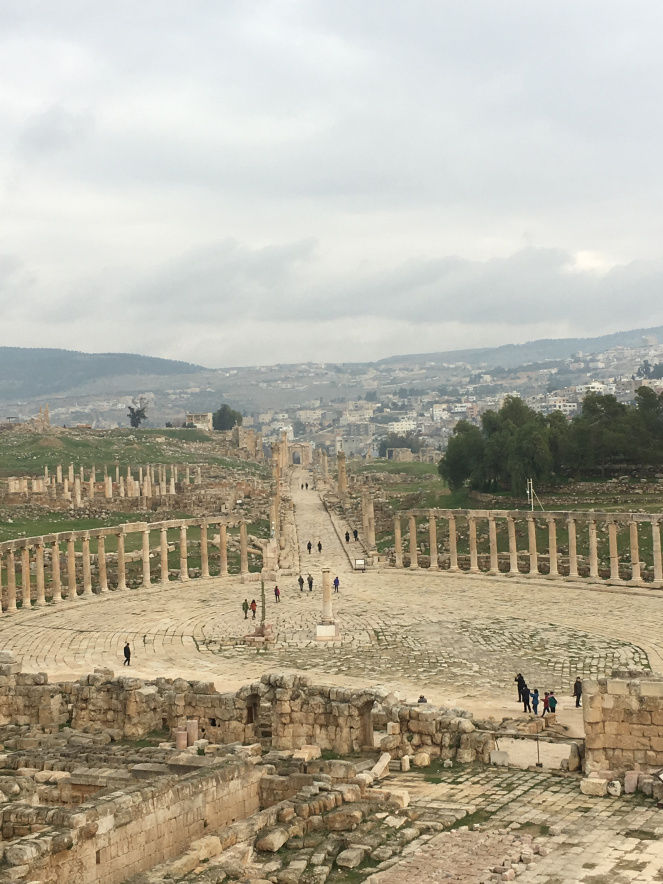 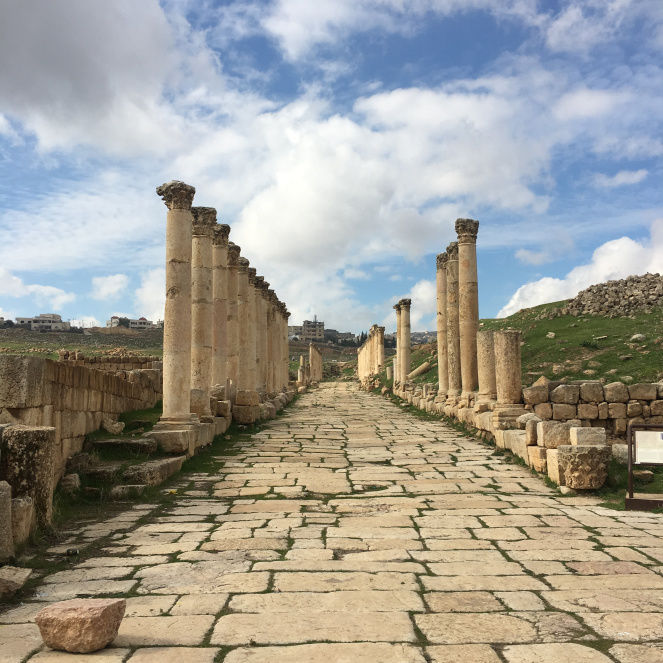 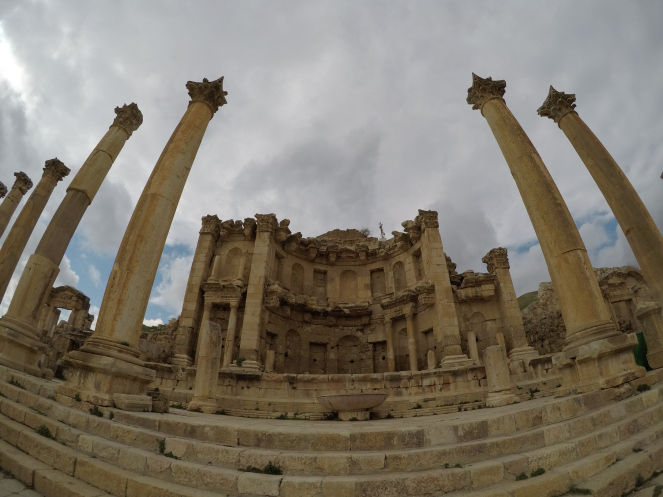 P.s: All pictures are taken on GoPro hero 5 black and are completely unedited.

This post was originally published on Of Miles And Musings.