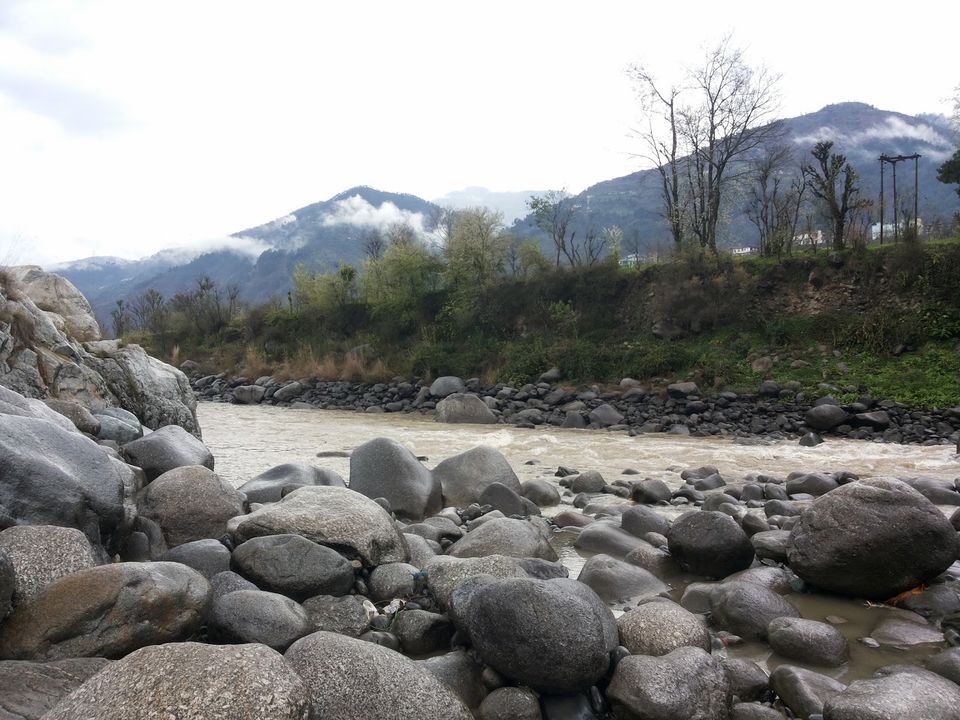 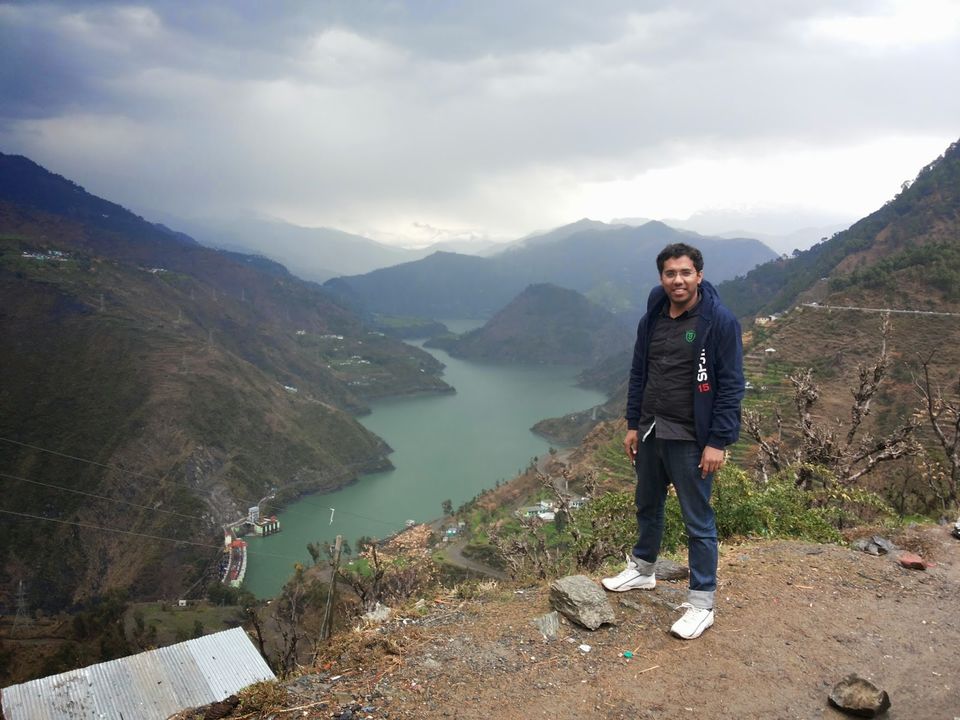 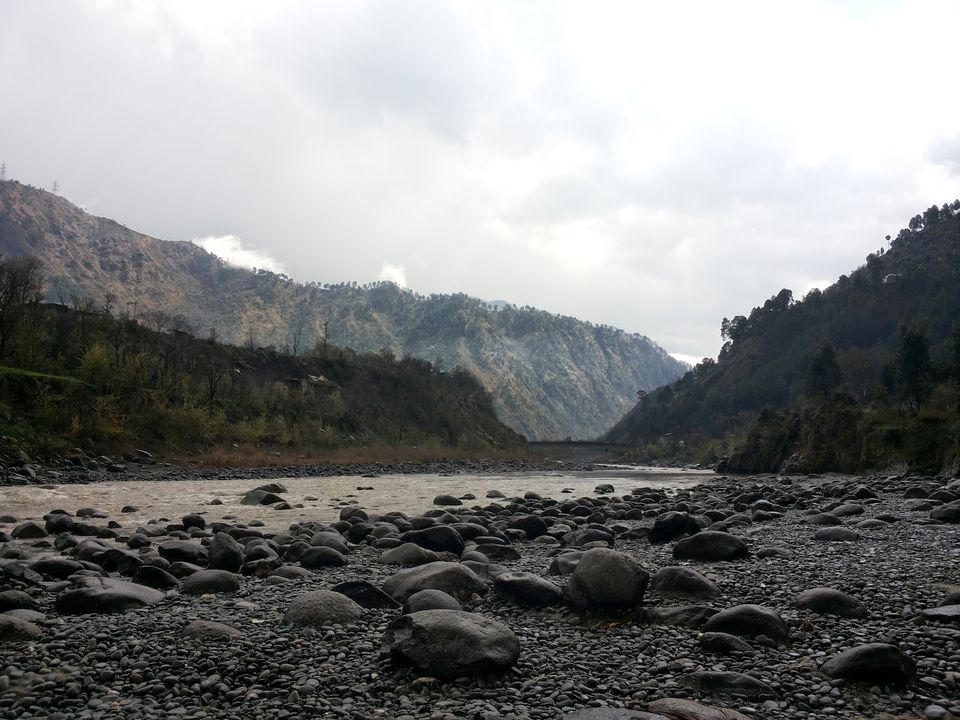 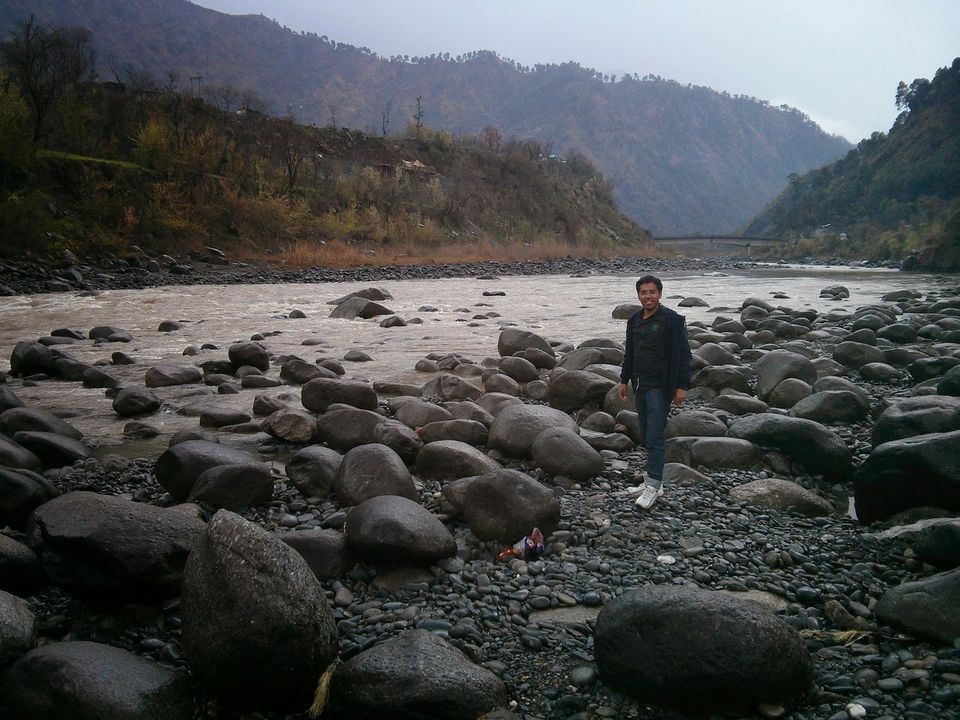 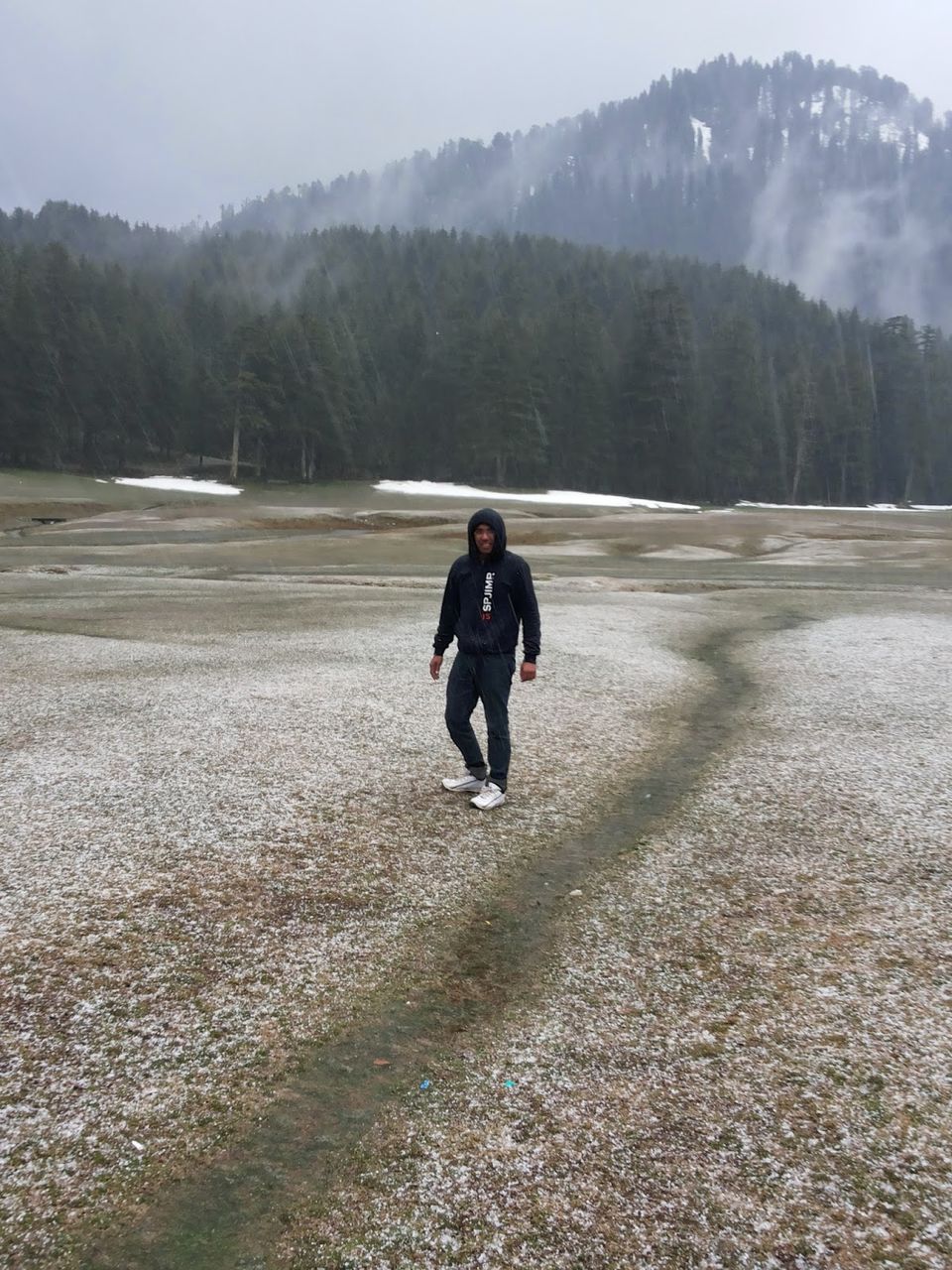 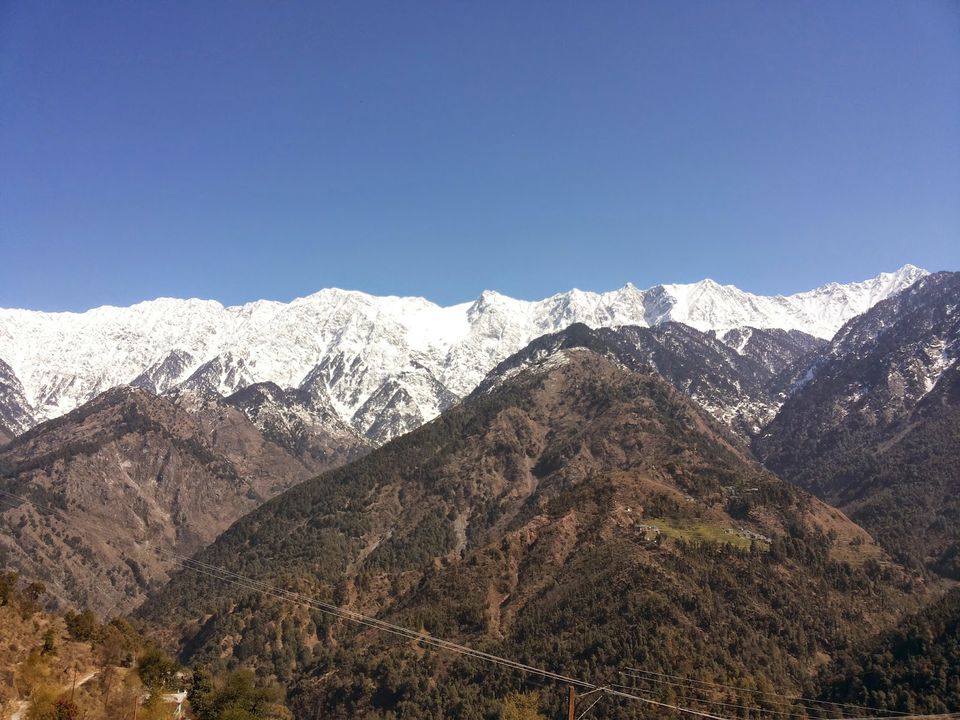 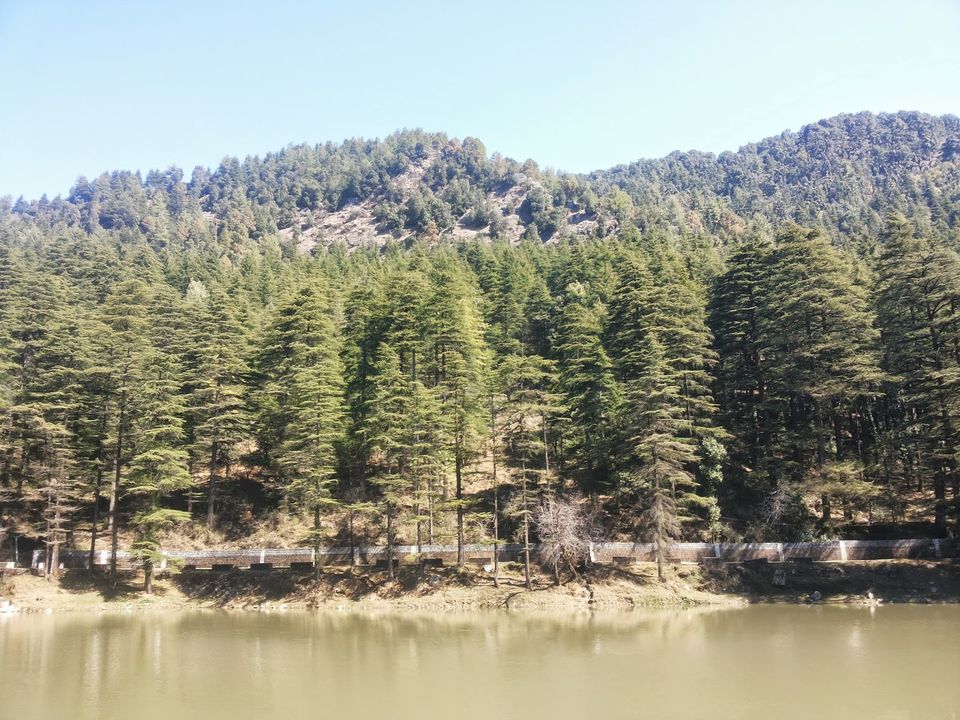 Amritsar
I was travelling from the base village called Nagrota Gujroo on March 8, 2014. From there we travelled to nearest railhead, Samba by bus which was 2 hours. Then took a passenger train to Amritsar which was 6 hours. 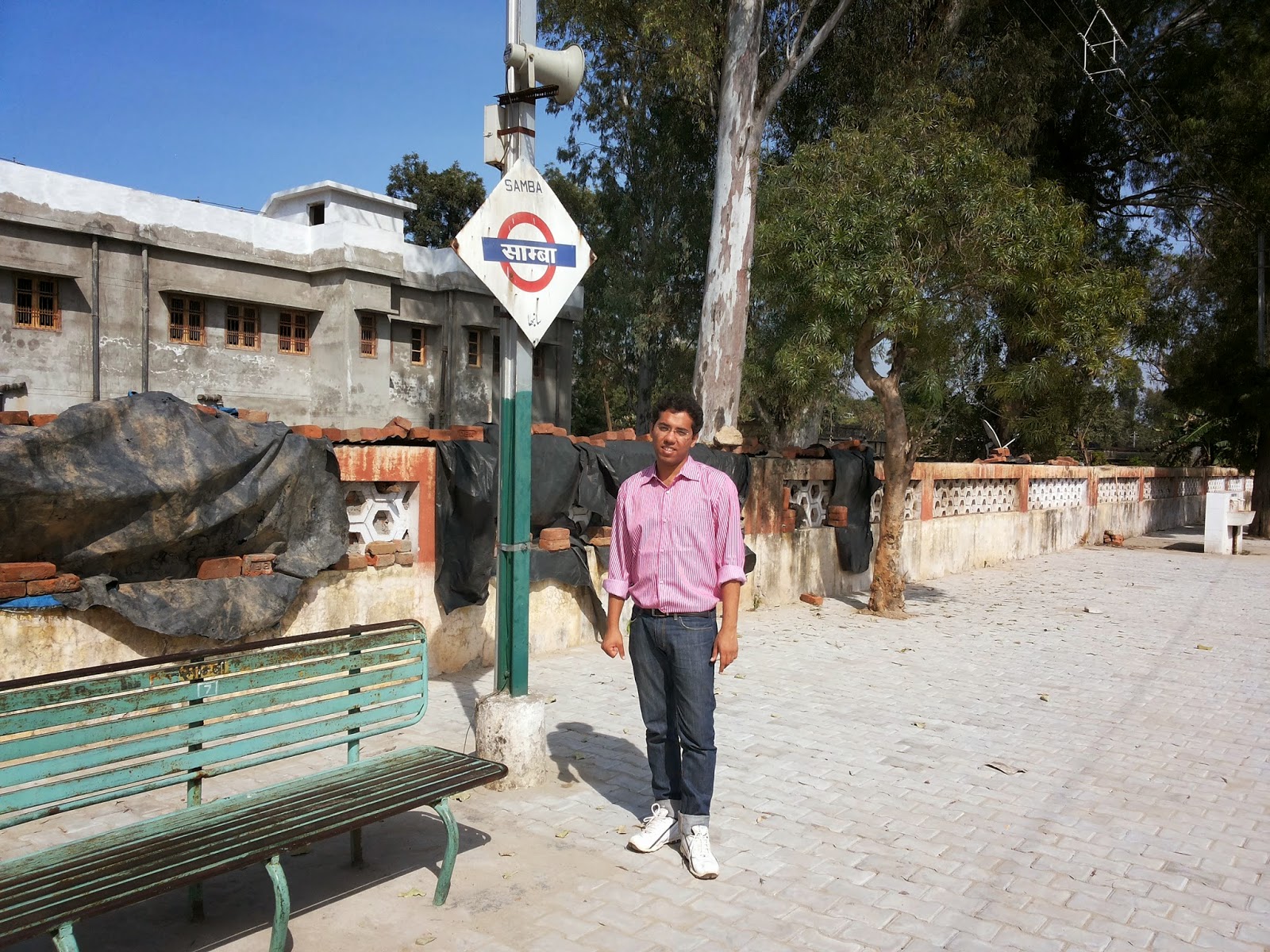 Golden Temple is the main tourist attraction there. Those who are not Sikhs or do not have any religious inclination towards it would find it as a tourist spot only. I visited it on Sunday and it was very crowded. Langar was below expectation. I was expecting poori but all I got was dry chapatti. 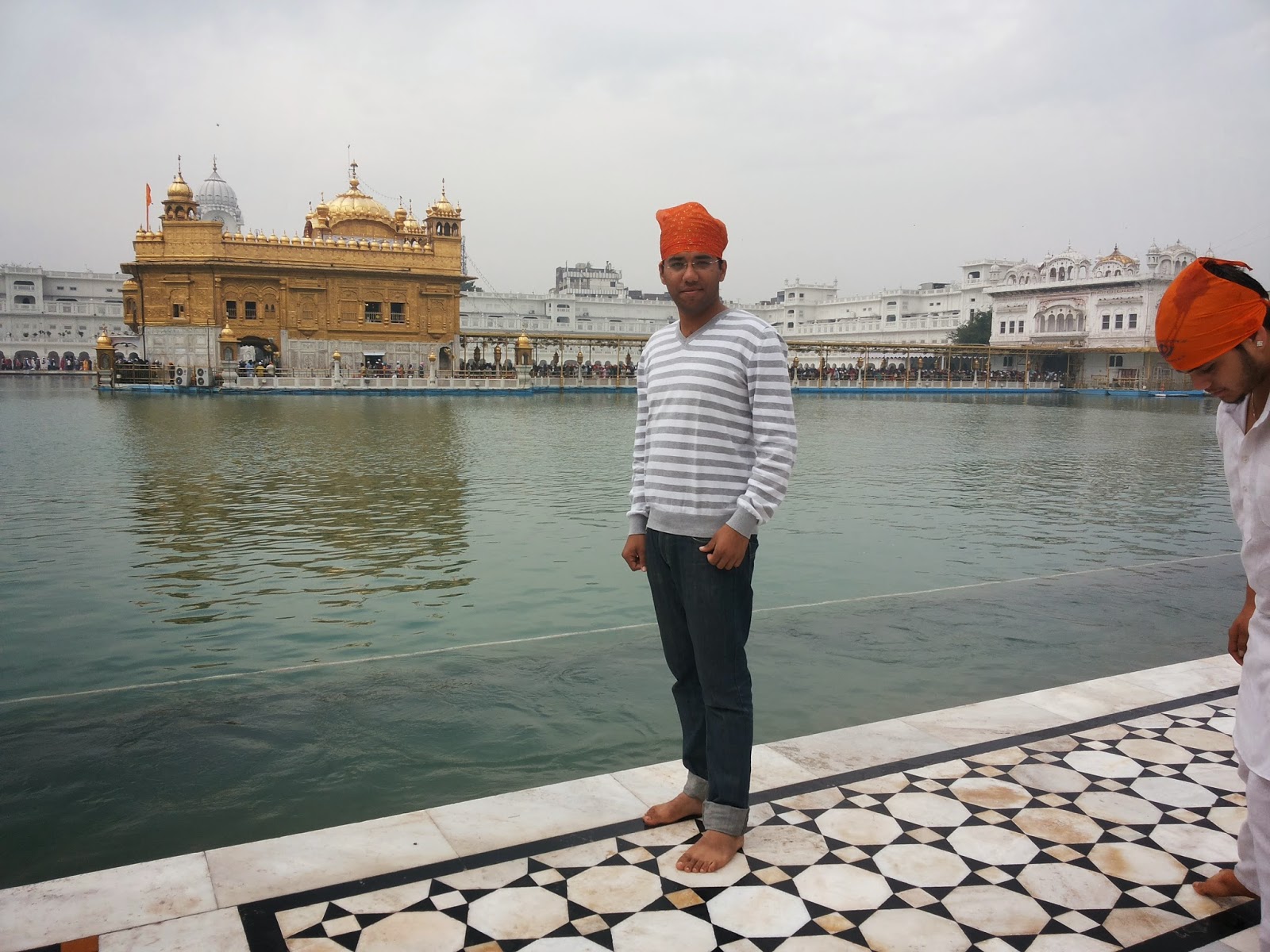 The locality near the temple is too cluttered. There was no sense of spirituality or religious significance. I liked the way volunteers work. They provide the services selflessly. There is a Digamber Jain temple very close to the Golden Temple. 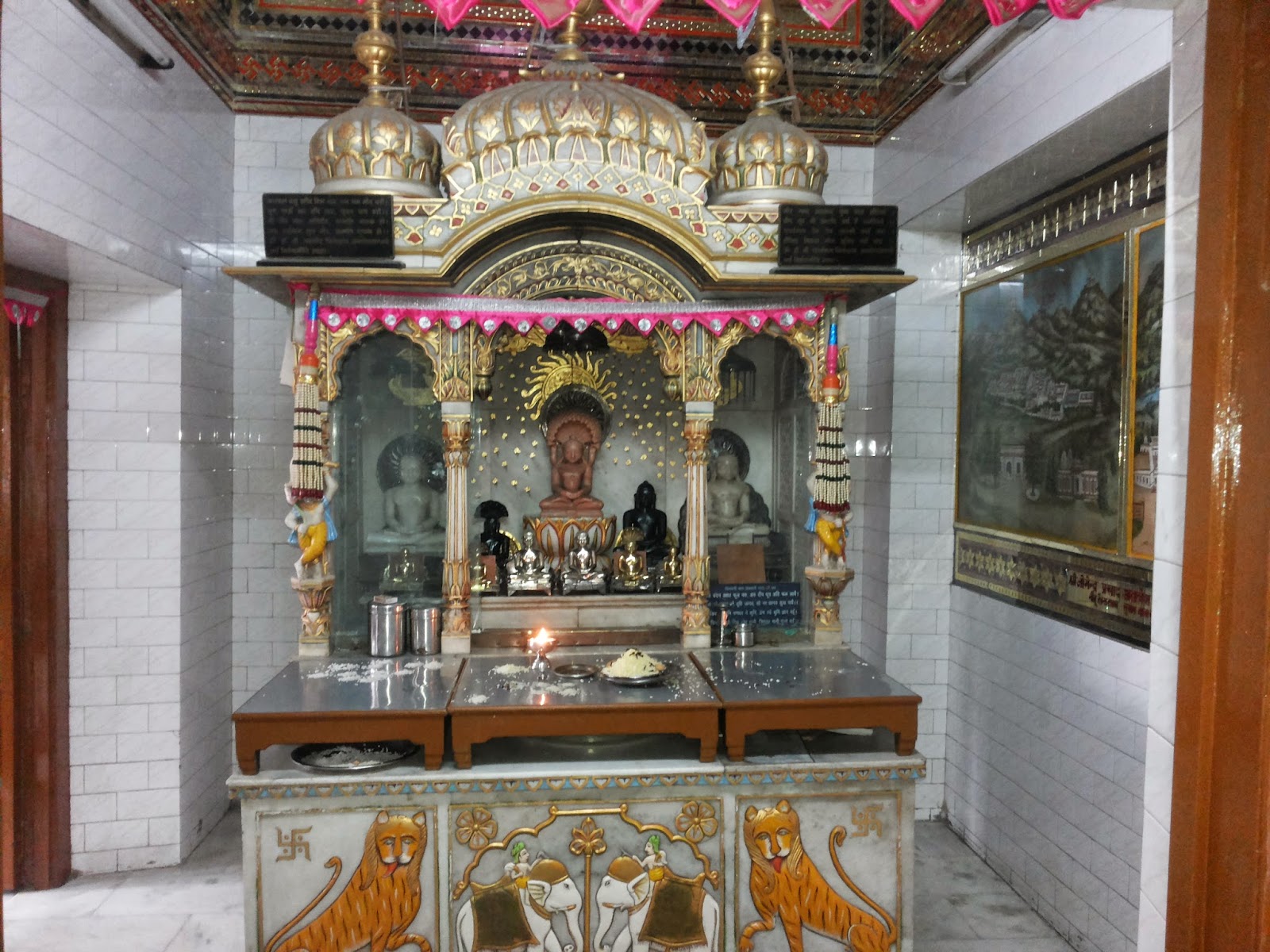 The food, I believe in Amritsar is over hyped, especially the lassi. I also visited Jaliawala Bagh. I expected that the place would be emotional and would be well maintained but it was like a ordinary garden.
Wagah Border is fun place to visit and the BSF makes it more entertaining. The environment was too energetic. However, since it was Sunday, it was very crowded. Also, the Sun sets at the Pakistan so all the photographs taken from that direction are bad. Atleast, Pakistan has some advantage here.
I stayed at the Shwetamber Jain Dharamshala at the Sultanwind road. It was clean and had facilities such as clean sheets, hot water and noise free. 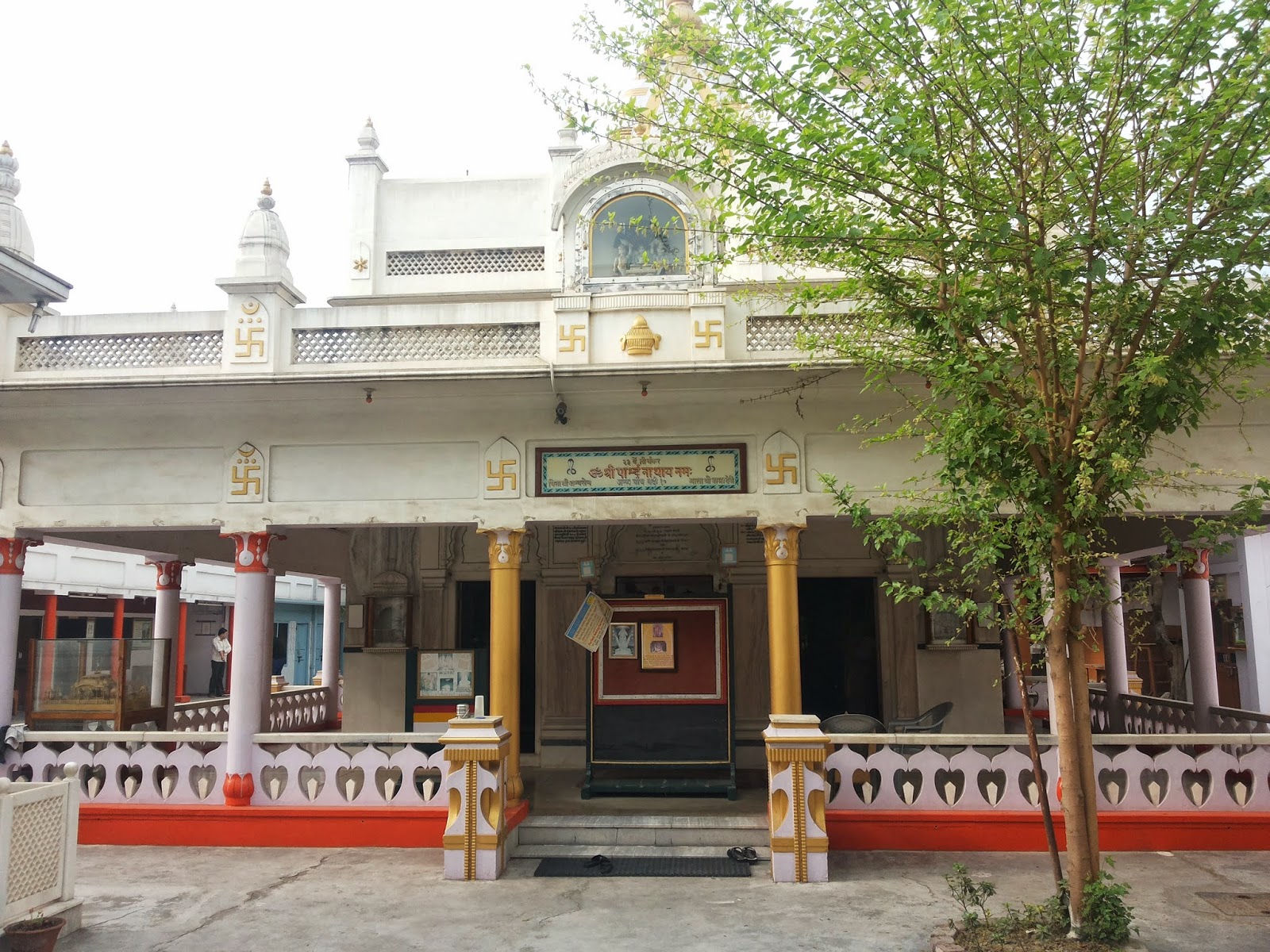 Dalhousie
I took a bus from Amritsar bus stand to Dalhousie at 10AM. The road was good with beautiful scenes especially after Pathankot. It was very hilly for some last 30 kms and there were lot of rice fields. I reached at Dalhousie at 5 PM. The climate was very cold and we were at the height of 2100 meters. After taking a hotel, we went to see the market in the town. There was still snow on the roadside even when the last time it snowed in January. The market in Dalhousie is very small. The entire town could be covered on foot. We had snacks in the market; couple of cool coffee shops was there. Post that, we had a dinner in Gujarati restaurant and it was awesome. Especially the Gujarati Kadhi was so good that I ate the same in next dinner too. 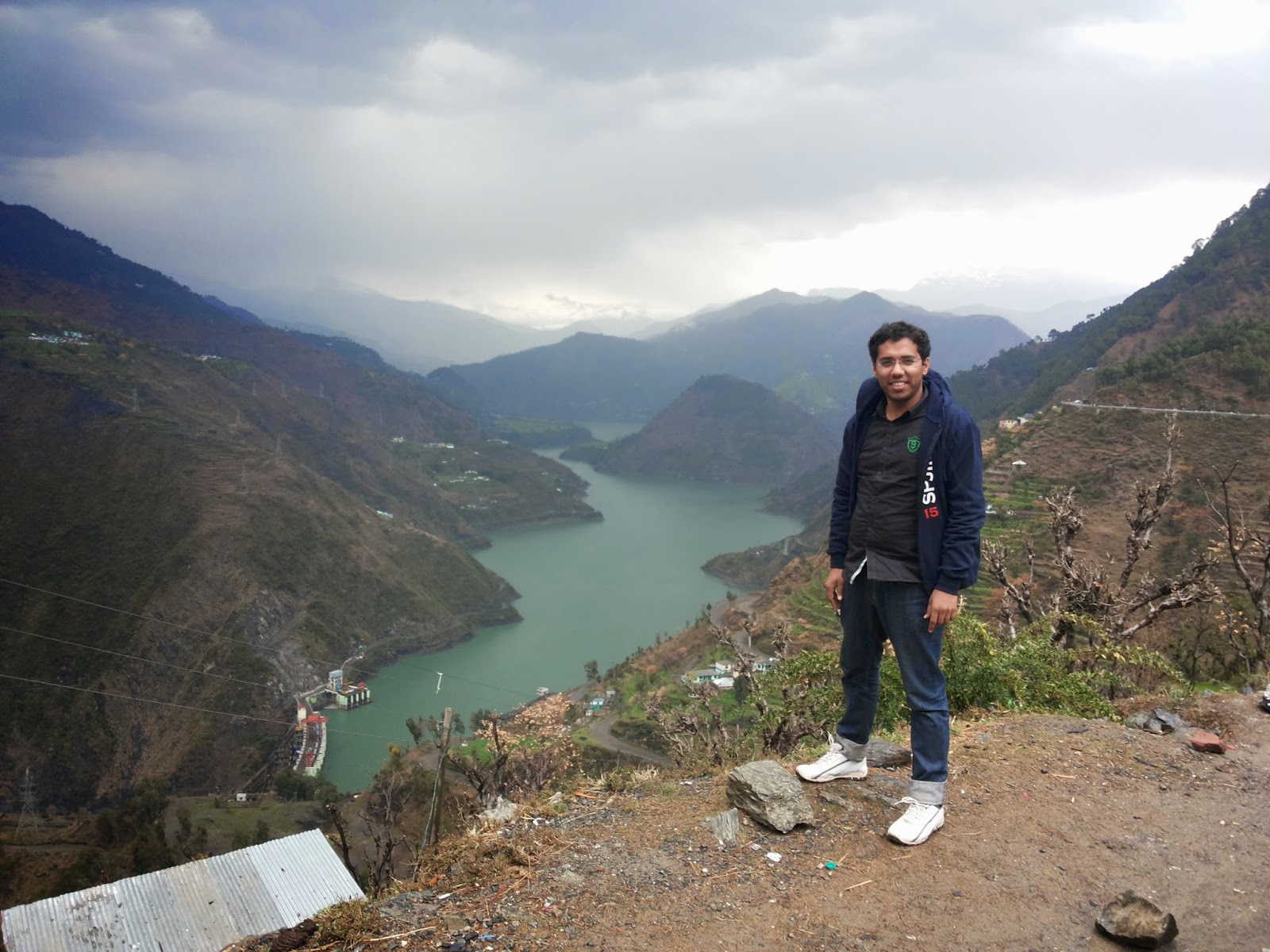 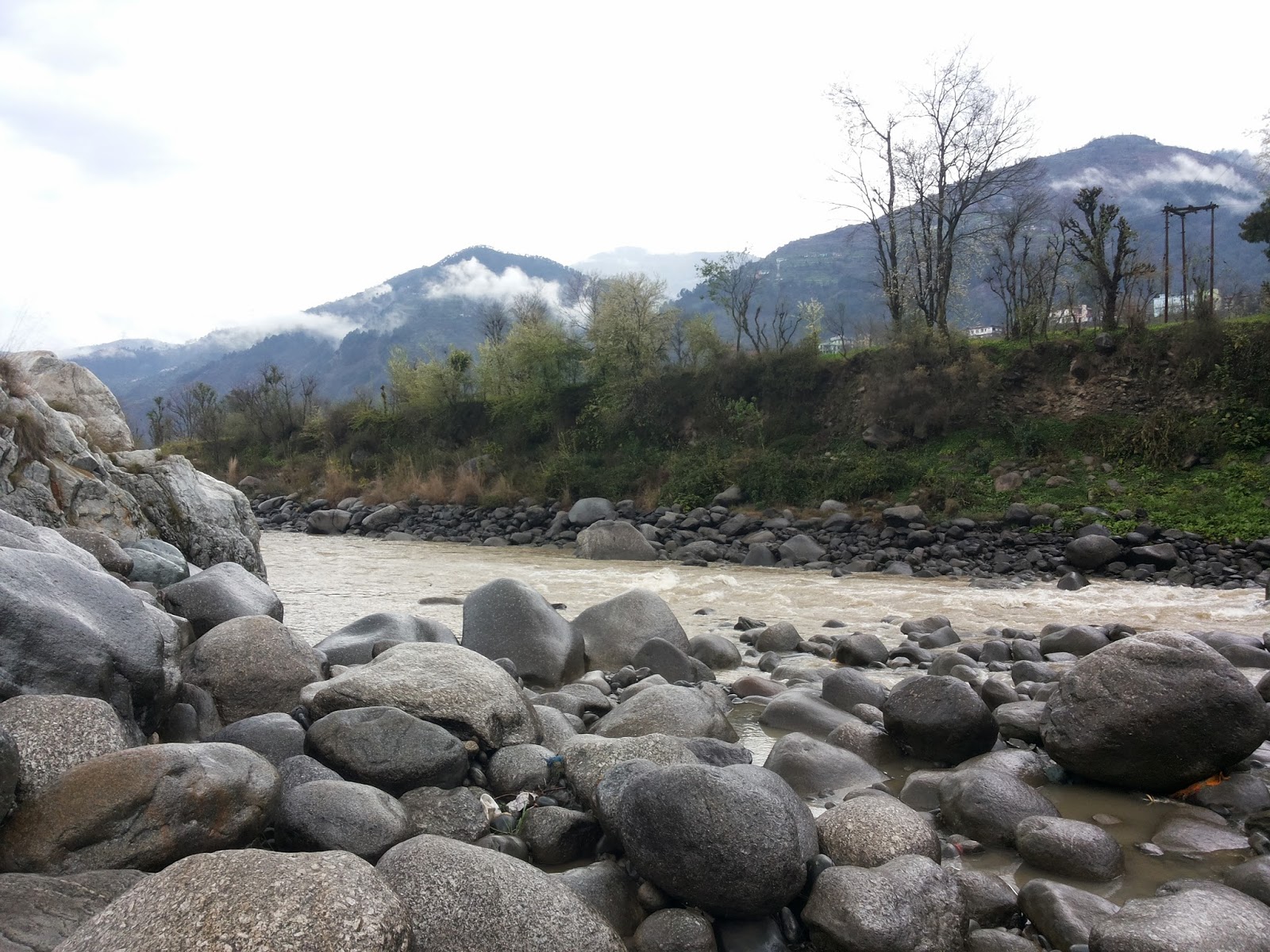 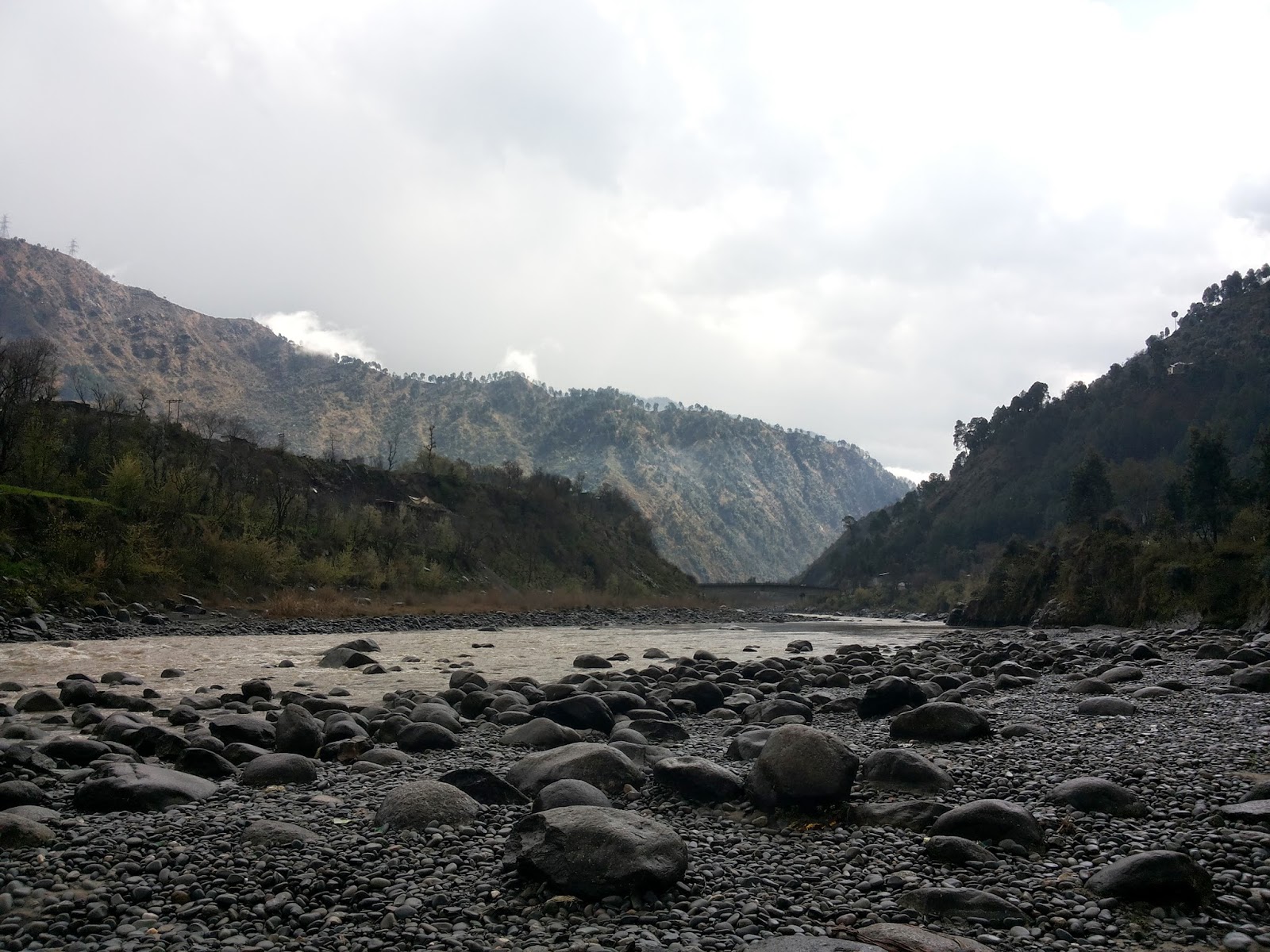 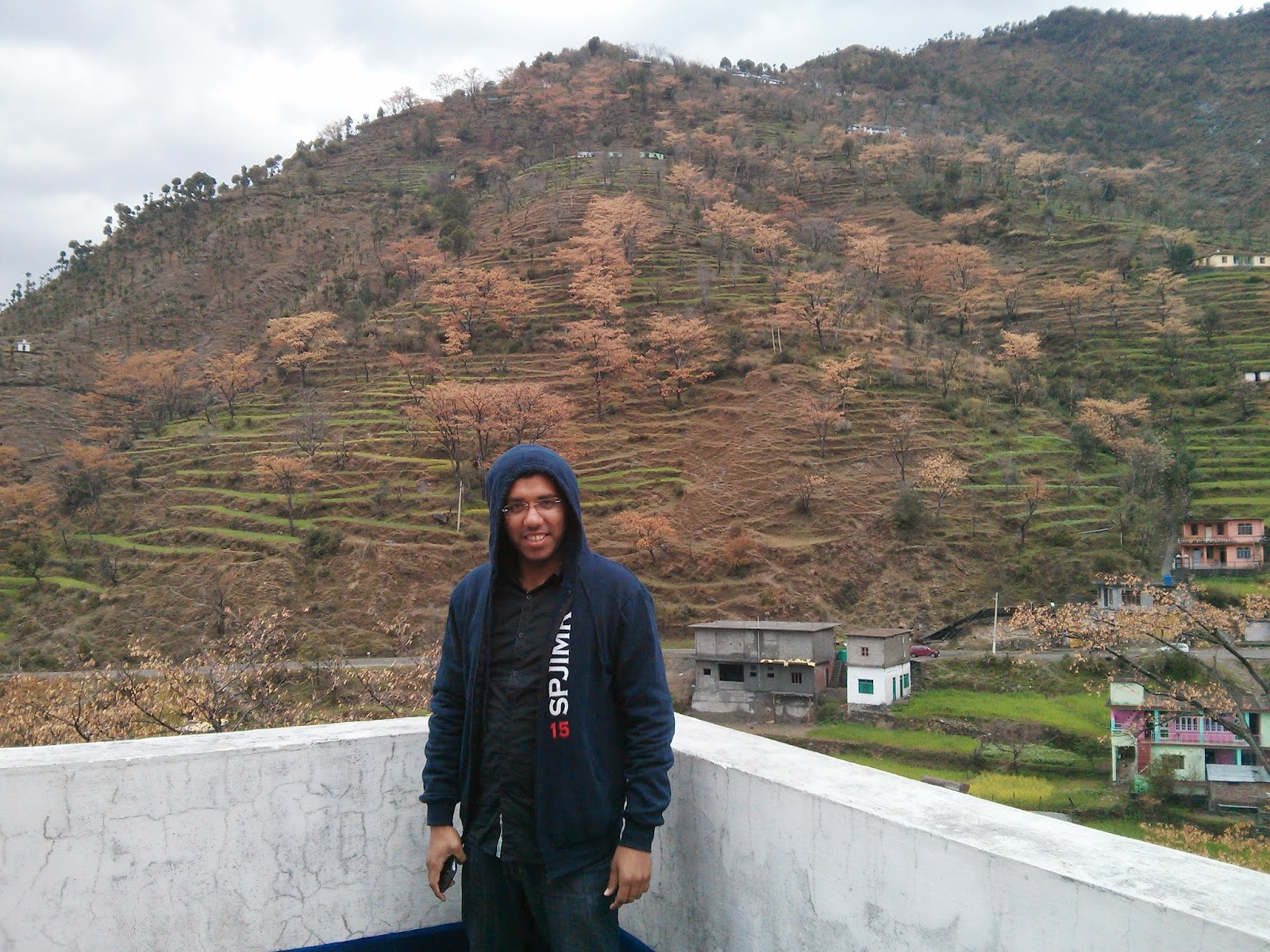 The night was very cold. The temperature was around 6 degrees. It was raining outside. In morning, we took a private cab and went to Khajjiyar. Normally, it is around 25 kms but due to snow we had to take a different route and it was 80 kms. On the way, we stopped at few points. The one was the river front of Ravi. It was amazing to be there. The water was very cold. 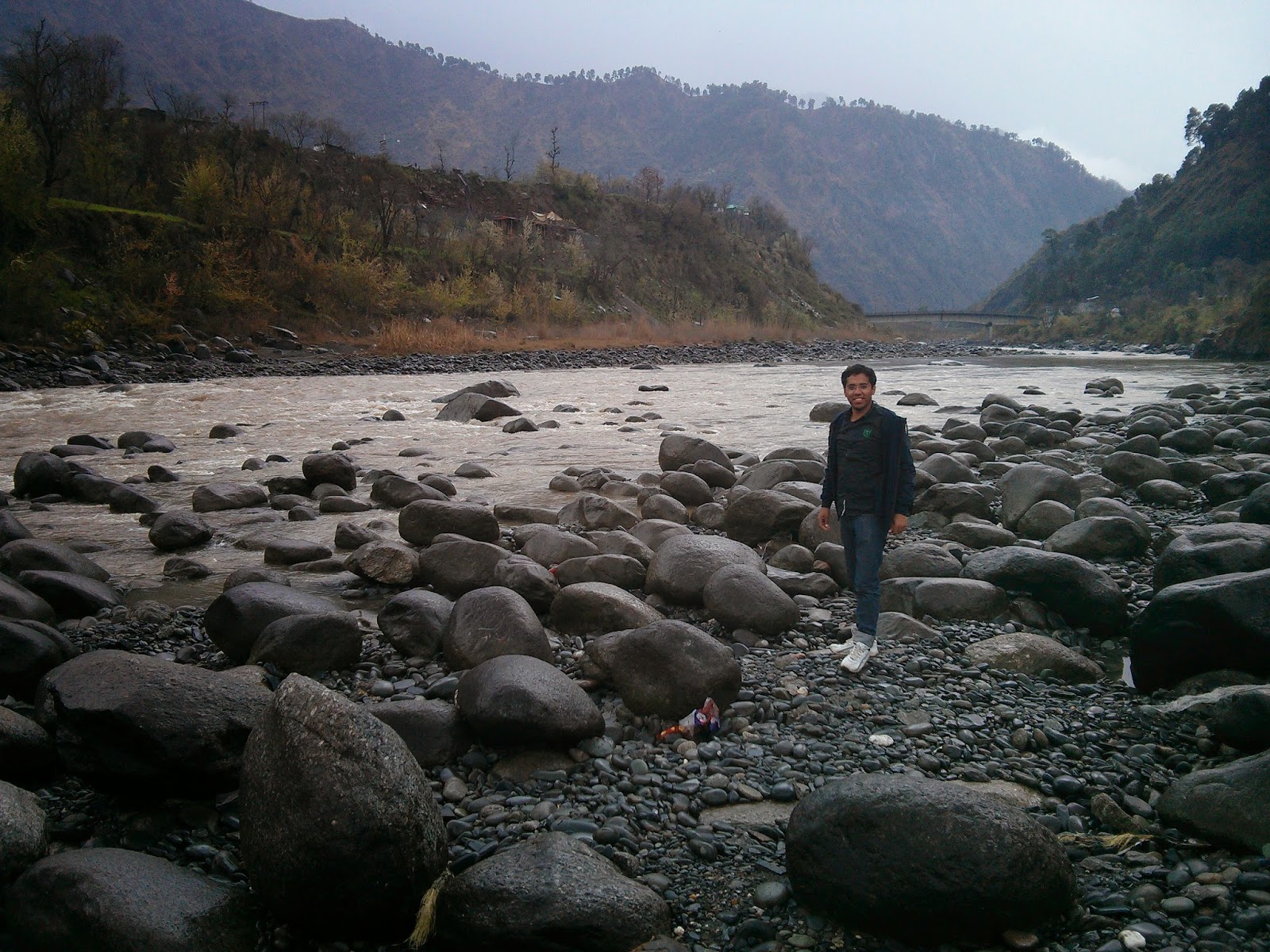 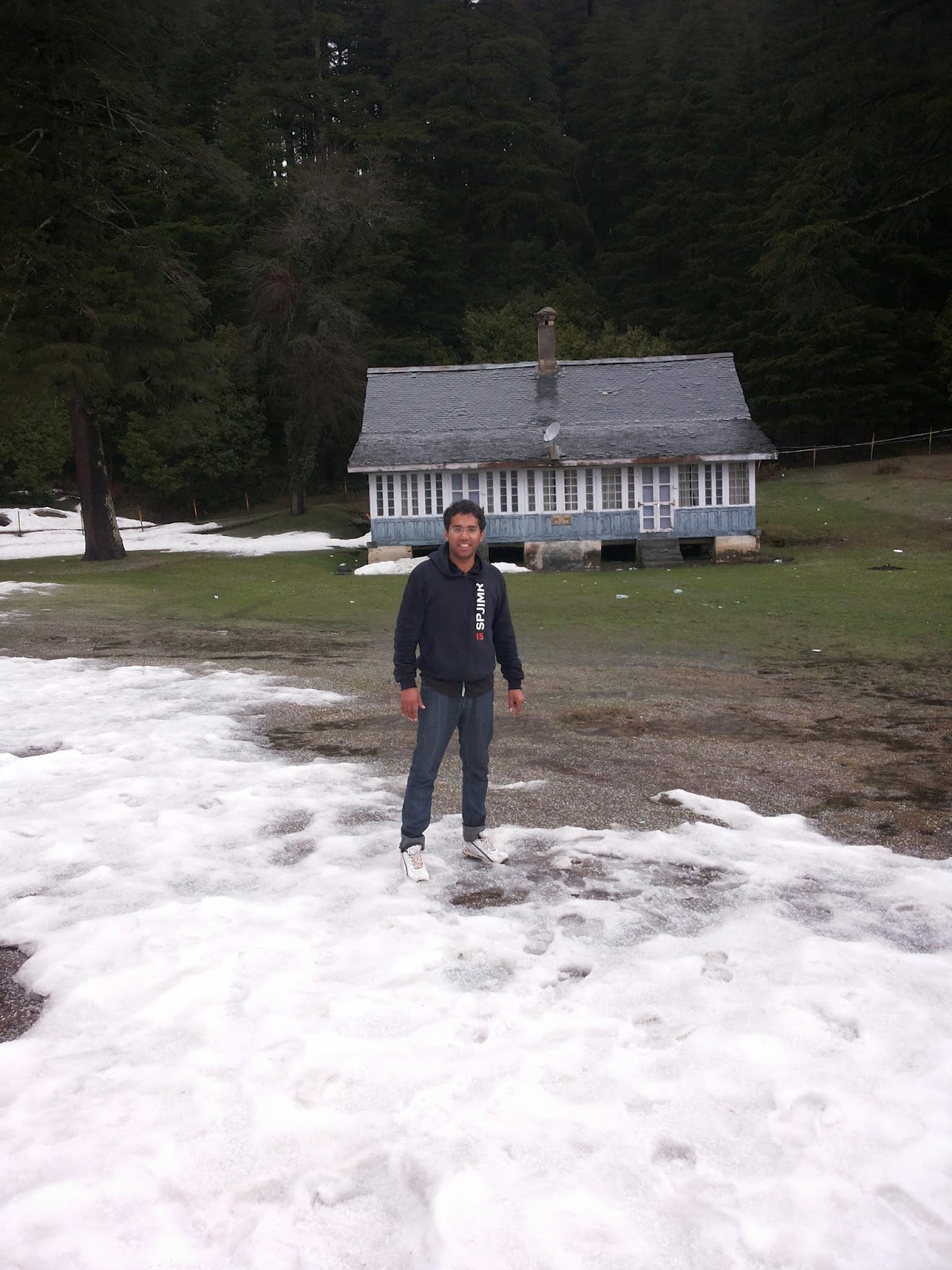 We went to snow point first. There was a lot of snow. Then we saw Khajjiyar, which is known as ‘Mini Switzerland’. It was like a big garden with trees at the end and grass all over. There was snow too at some areas. The wonderful thing was it started raining with hailstorms and in such a chilling weather, all clothes got wet. 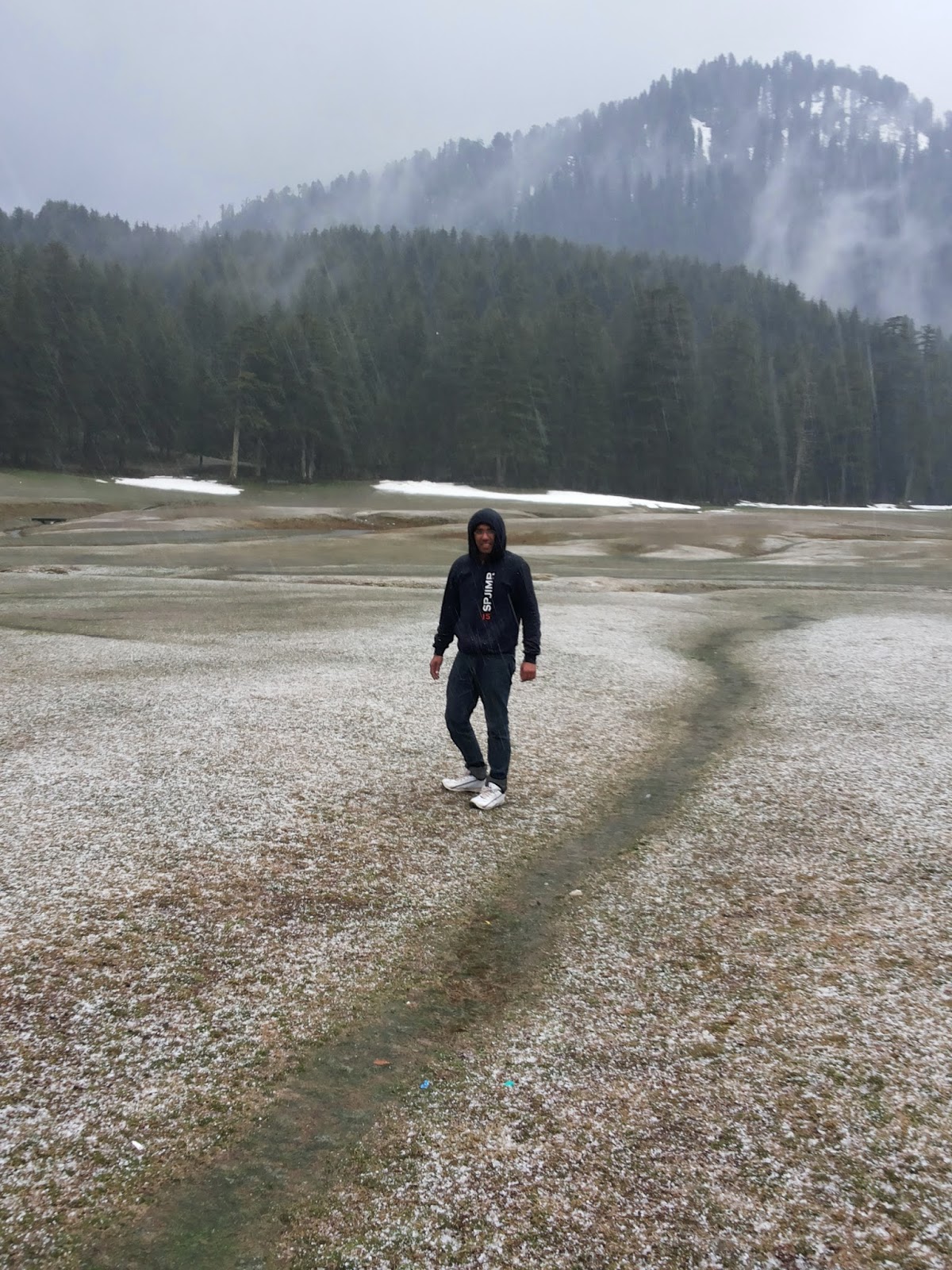 After coming back to hotel, we rented a heater and used it to get our clothes dry. After spending the night, we took bus to Dharamshala at 7AM on 12thMarch.
DHARAMSHALA/McLEODGANJ
With the rains and landslides, the road was damaged a bit. There was a point when half of the road was covered with huge stone and the bus has to take some risk and go out of the road, very close to abyss which was straight down some 100 meters. Many passengers got down and I was in dilemma what to do. Was I dude enough to be in the bus and take a risk of my life or should I also get down and let my fear dominate me. I chose the earlier one. It was not scary, it was like is this it. Is this how this is going to end? So, it was disappointing. Well, we reached Dharamshala around 3 PM. We didn’t like hotel there and wasn’t aware that Mcleod is far better than Dharamshala. A friend suggested that we stay in Mcleod and we took a share taxi to Mcleaod which was further 9 kms up. Dharamshala is at the height of 1300 mts while Mcleod is at 1700 mts. The climate was good. It was sunny. The hotel was also nice with the Himalayas in the view. 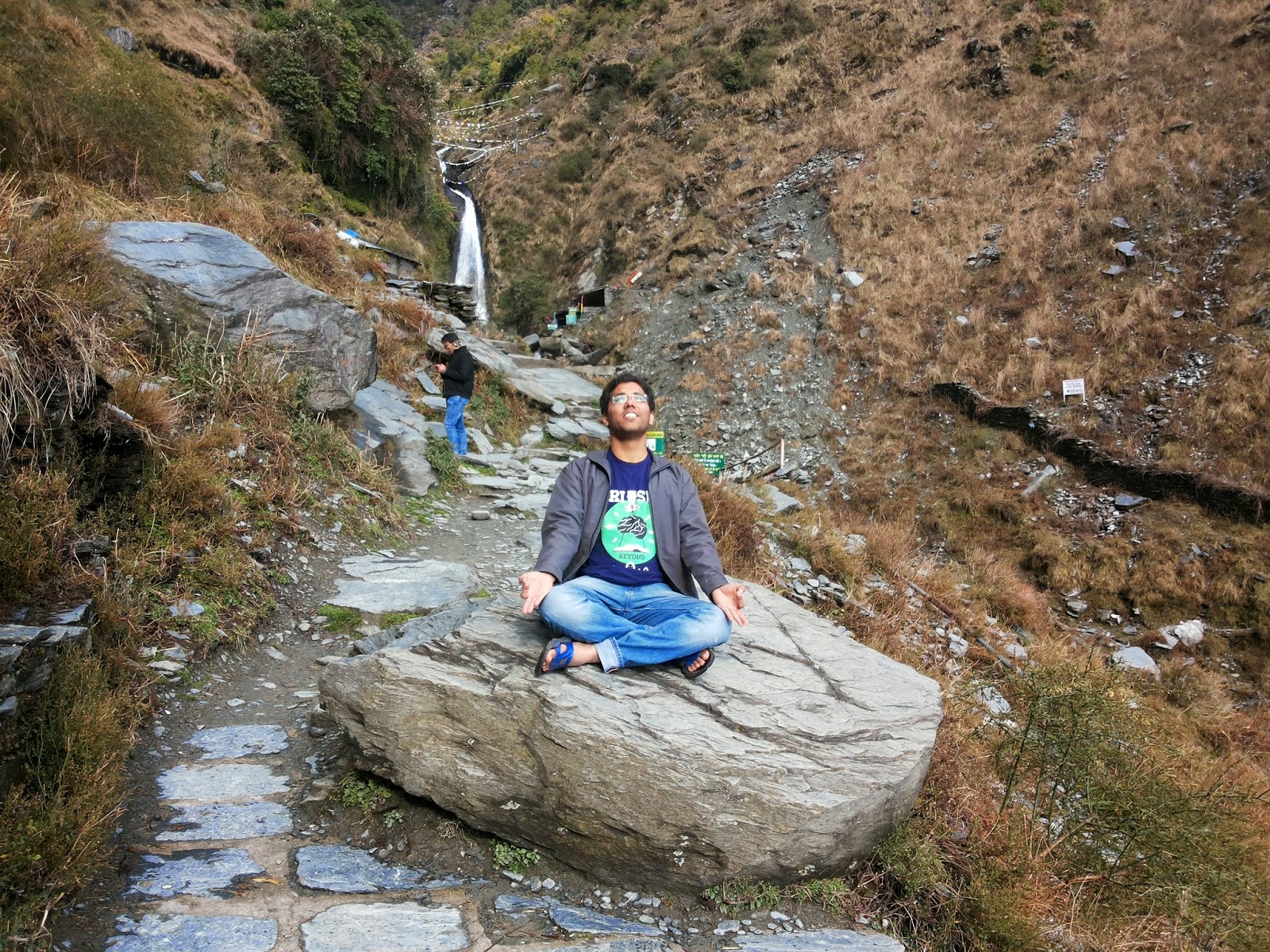 What was best about the McLeod was its culture. It was very bright. There were so many monks on the road. And the crowd was so young. It was vibrant. After freshening up, we went straight to Café Shiva. It was a track of about 2 kms alongside a water fall. It was a beautiful track not at all tiring. Café Shiva is a place for youngsters. It was full of food and drugs. There is small swimming pool and indoor and outdoor games too. We had hukka and it was amazing. A friend suggested Nutella pancake which was good too along with other food. After getting down, we saw the market. McLeod is also a place which can be covered on foot. The market is good, full of Tibetan items and a lot of cafés, restaurant and shops. We went to Hotel Lhasa for dinner and called it a day. 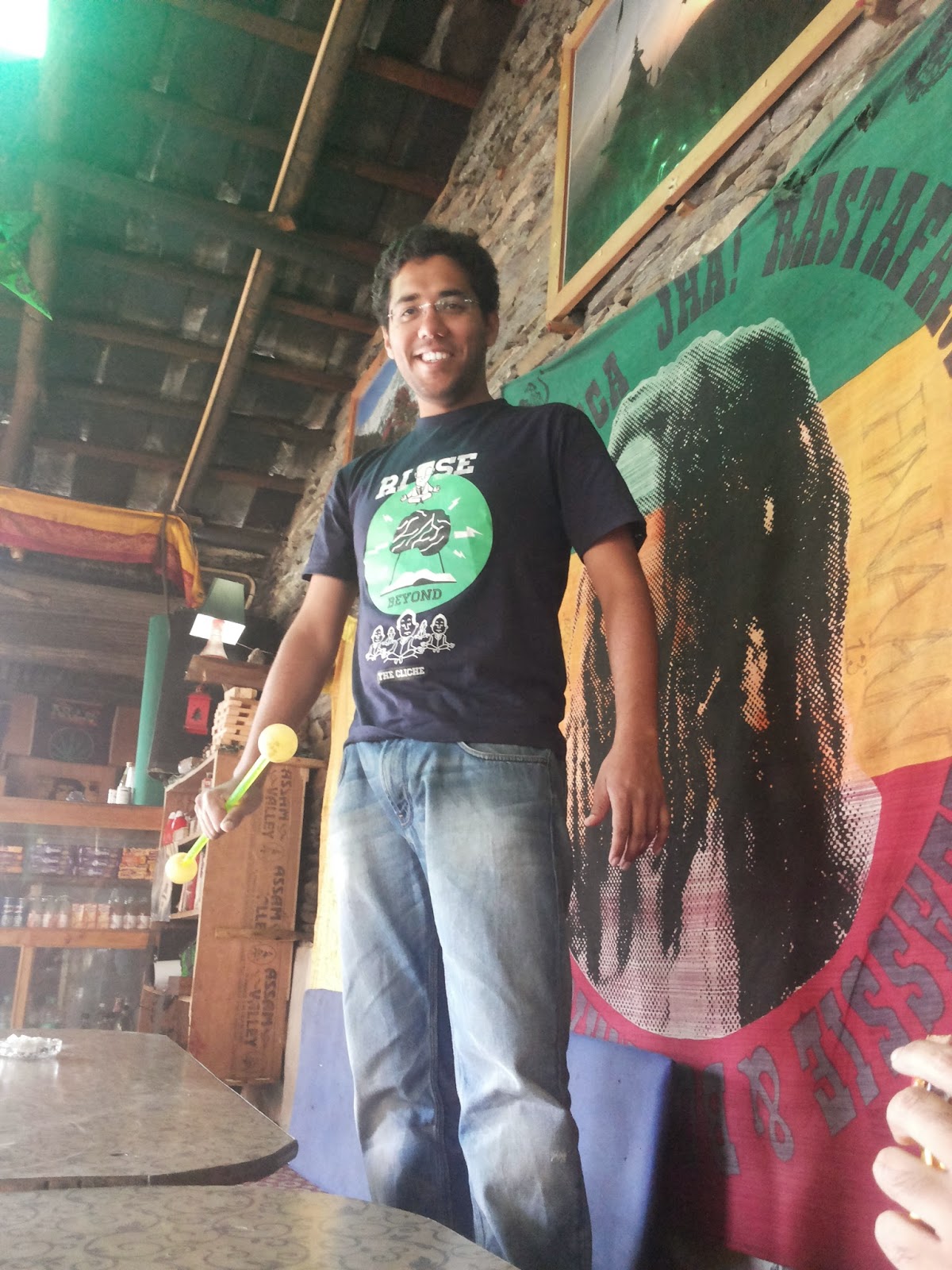 Next day, in morning I went to Buddha temple. It’s a biggest Buddhist temple outside Tibet. Just next to it is the residence of Dalai Lama. The various activities were going on and very strange fragrance was coming from the temple. With the temple, there is museum regarding Tibet war for freedom from China. Post that, we took a rickshaw and went to Naddi. It’s a place from where the mountains are closer and also saw Dal Lake. On the way down, there is St. John Church which is very old. We had lunch at Jimmy’s Italian Kitchen which is very famous and food was equally good. Then in the afternoon, we came down to Dharamshala and saw HPCA Cricket Stadium. It is the highest cricket ground in the world. Spent the evening there and went back to McLeod. I got the haircut there not because I needed but because I had the feeling it would be good and it was. I also bought a t-shirt from the market and a gift for the friend. The t-shirt says, “Free Tibet”. We had dinner in Mcloo Restaurant, which I suppose is the poshest there. The food was amazing. Especially the yellow Dal. I am sure I am going back there sometime and having it again. After spending the night there, we came to Dharamshala in morning and took a 10 AM bus to Jammu. We got down at Dayal Chakka and took another bus to Nagrota Gujroo and reached at our base at 5 PM on 14th March. 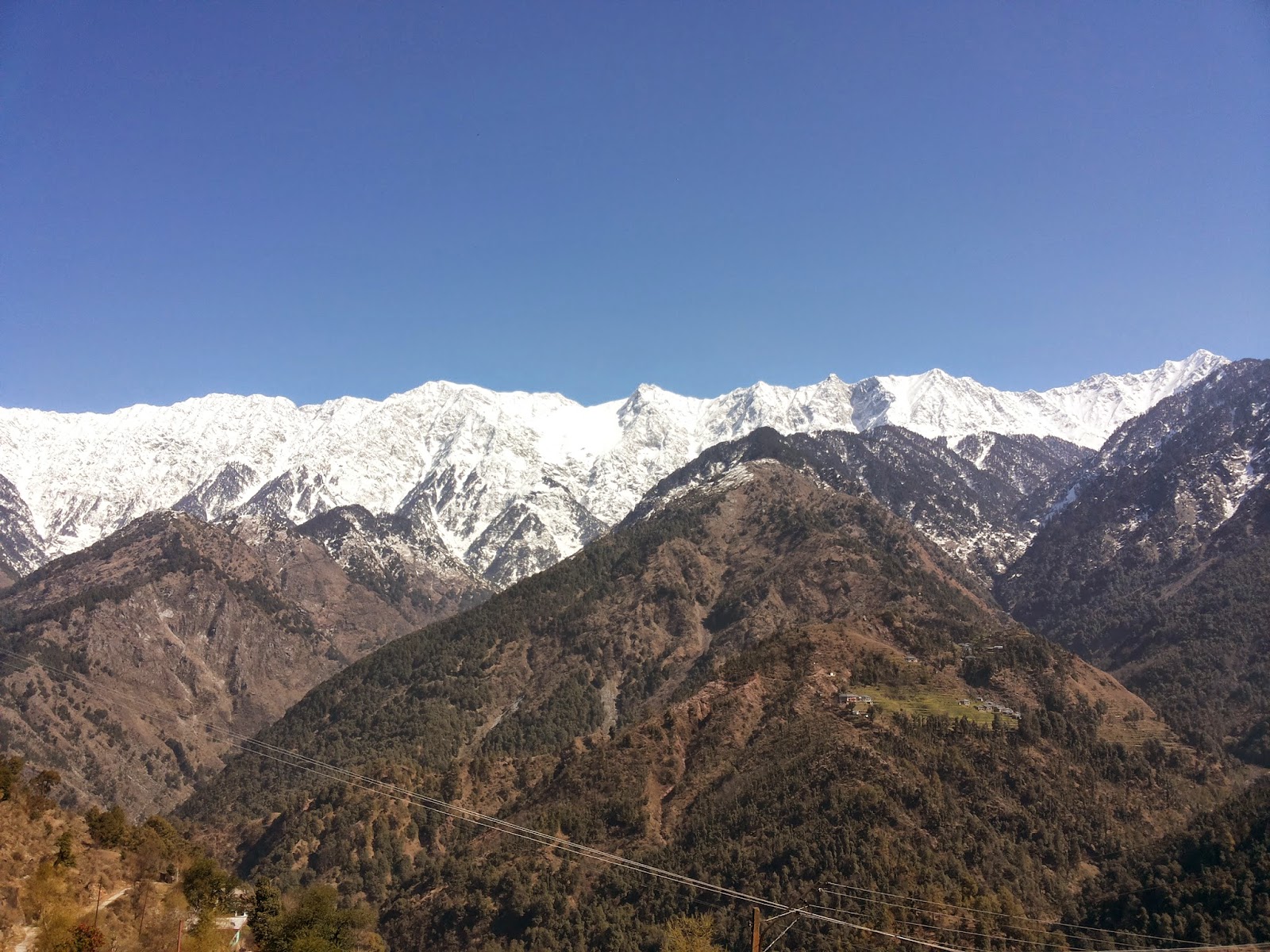 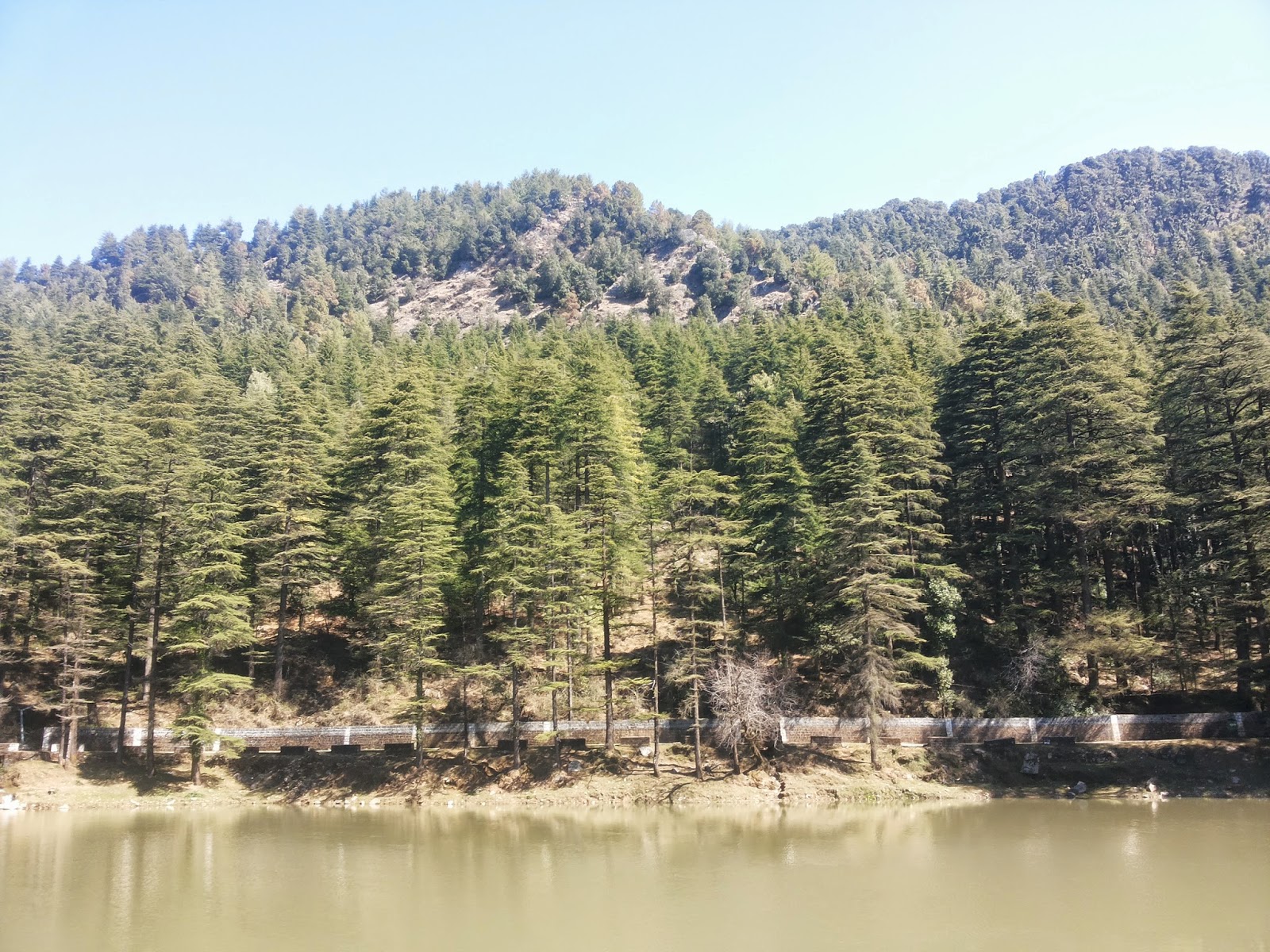 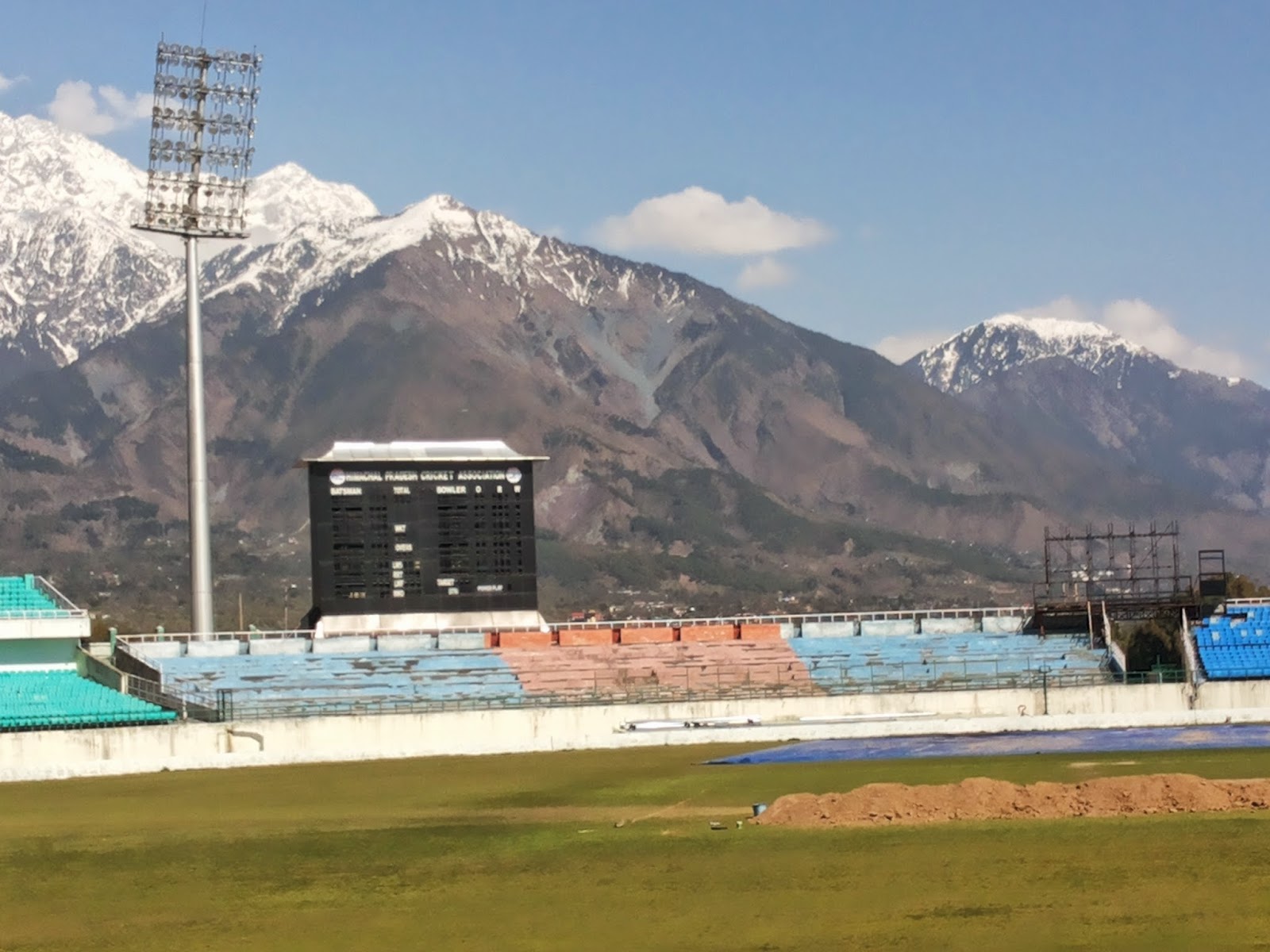 Patnitop
A short trip to Patnitop. It’s a small hill station near Udhampur on a Udhampur-Srinagar highway. It is so small that when a taxi driver stopped us to get down, I asked him we have to go to Patnitop and he replied this is the place. The way from Udhampur to Patnitiop is very scenic. Especially the starting 20 kms where the road climbs on the hills and the River Tawi flows towards your direction with snow clad mountains to be seen in the distance. 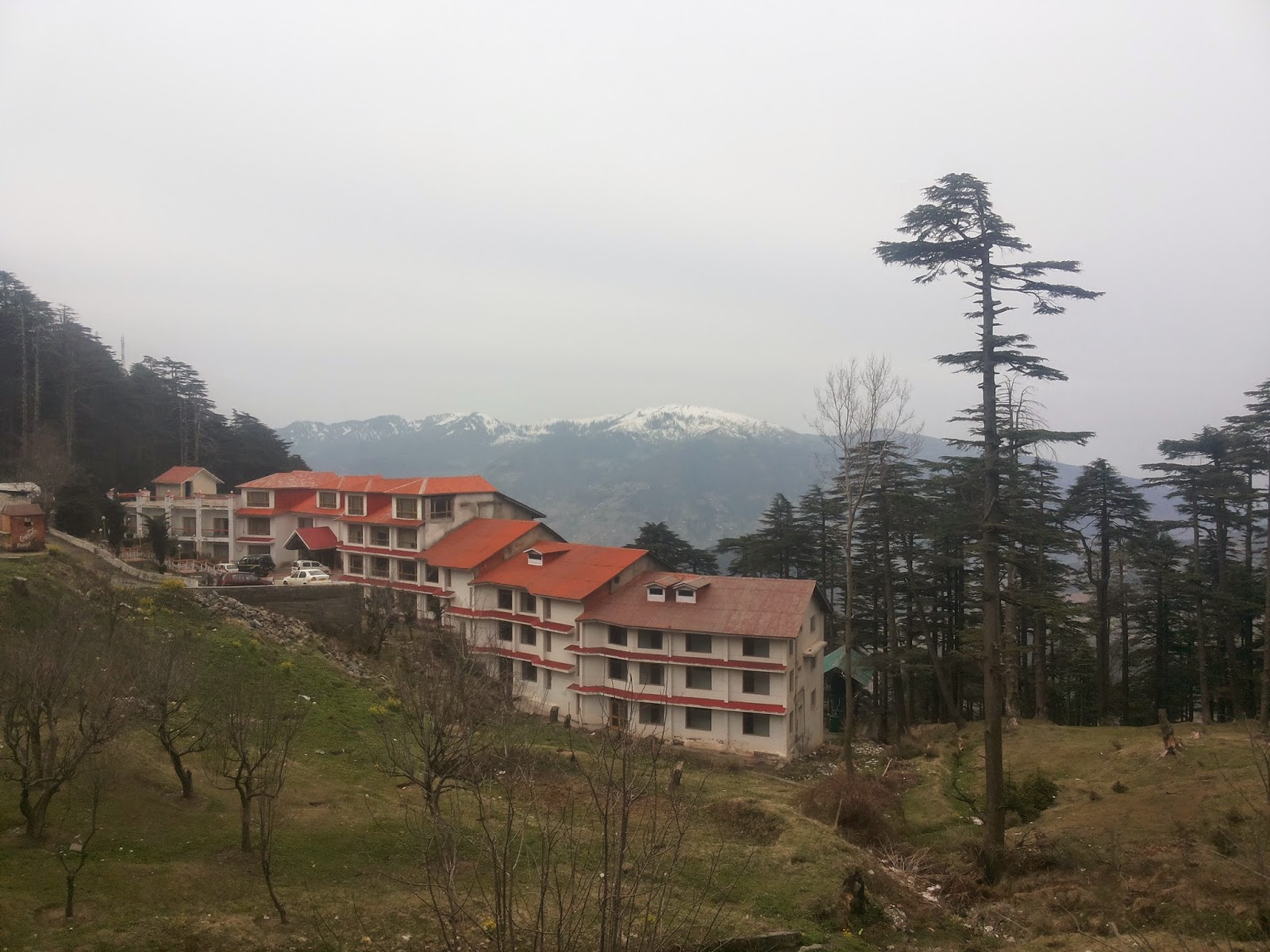 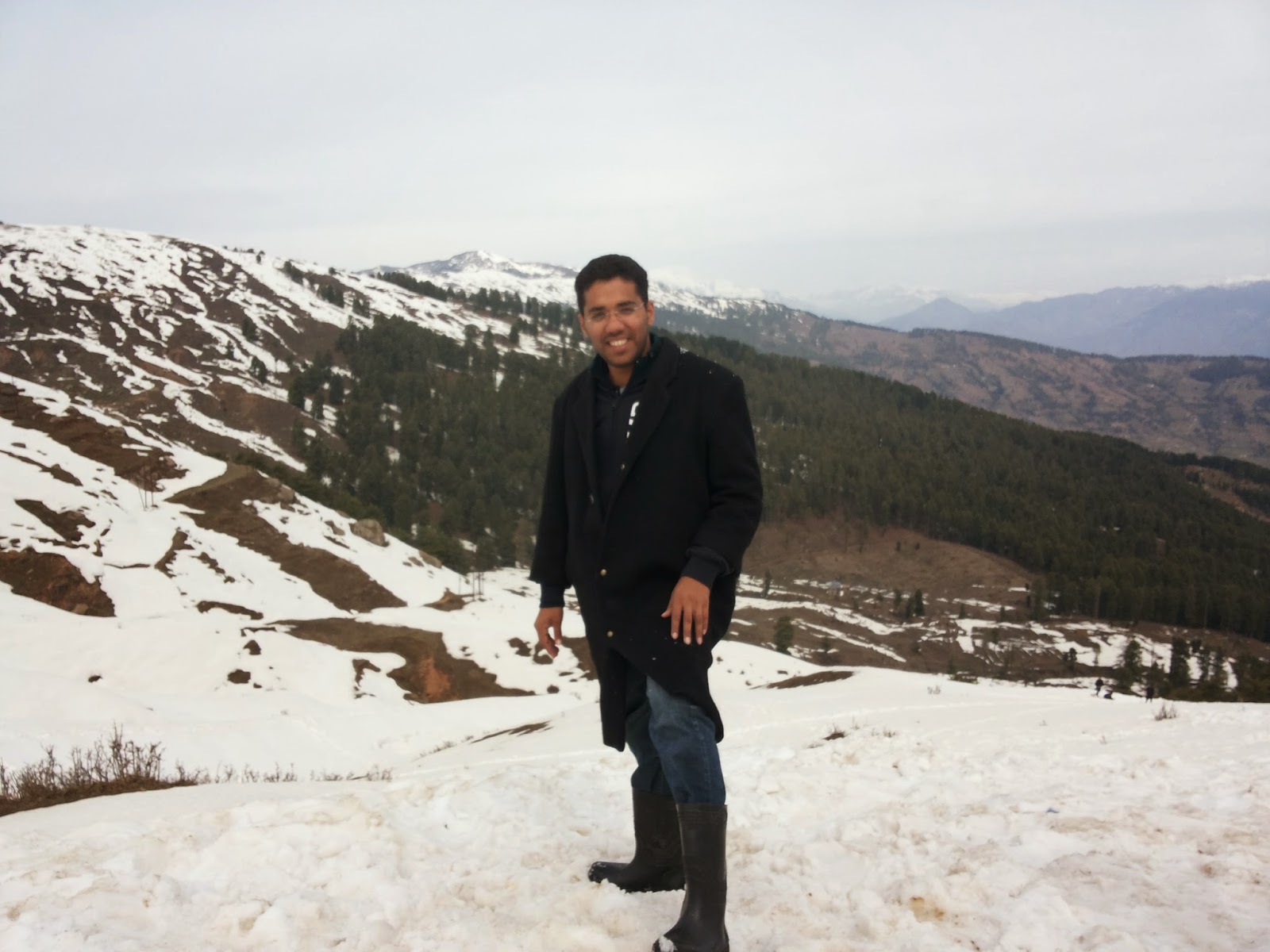 After asking prices in all the hotels of Patnitop (there were only 4), we settled for the one which was cheapest and very decent. In the morning we took a private cab to Nathatop. It is 12 kms from the Patnitop and full of snow. We rented special boots and coat. On climbing the top of hill, we started getting down. Moreover it was like sliding down and snow went all inside the body and boots. It was so cold that the feet and hands started getting numb. It felt so better eating maggi and having a tea in between snow. 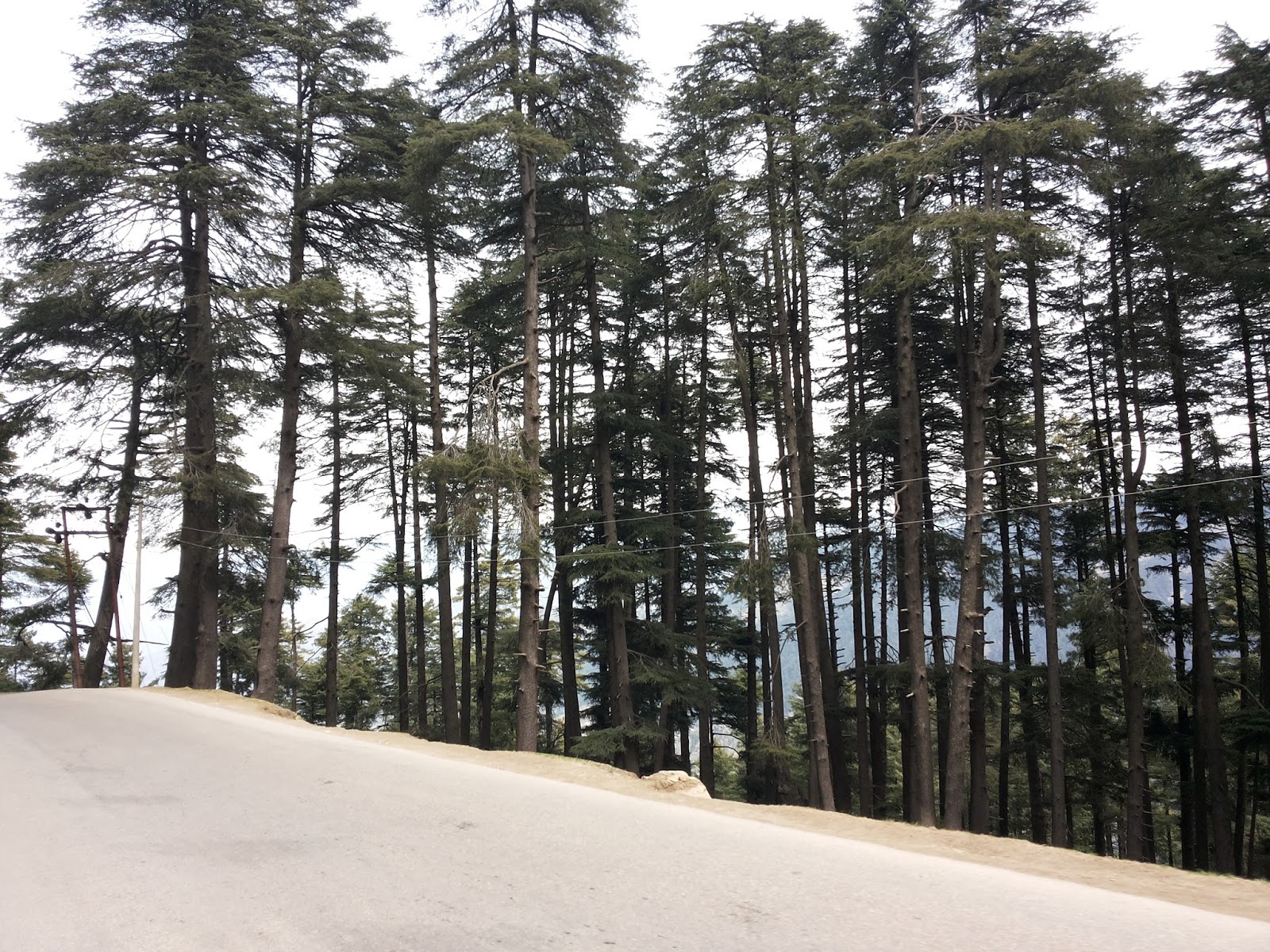 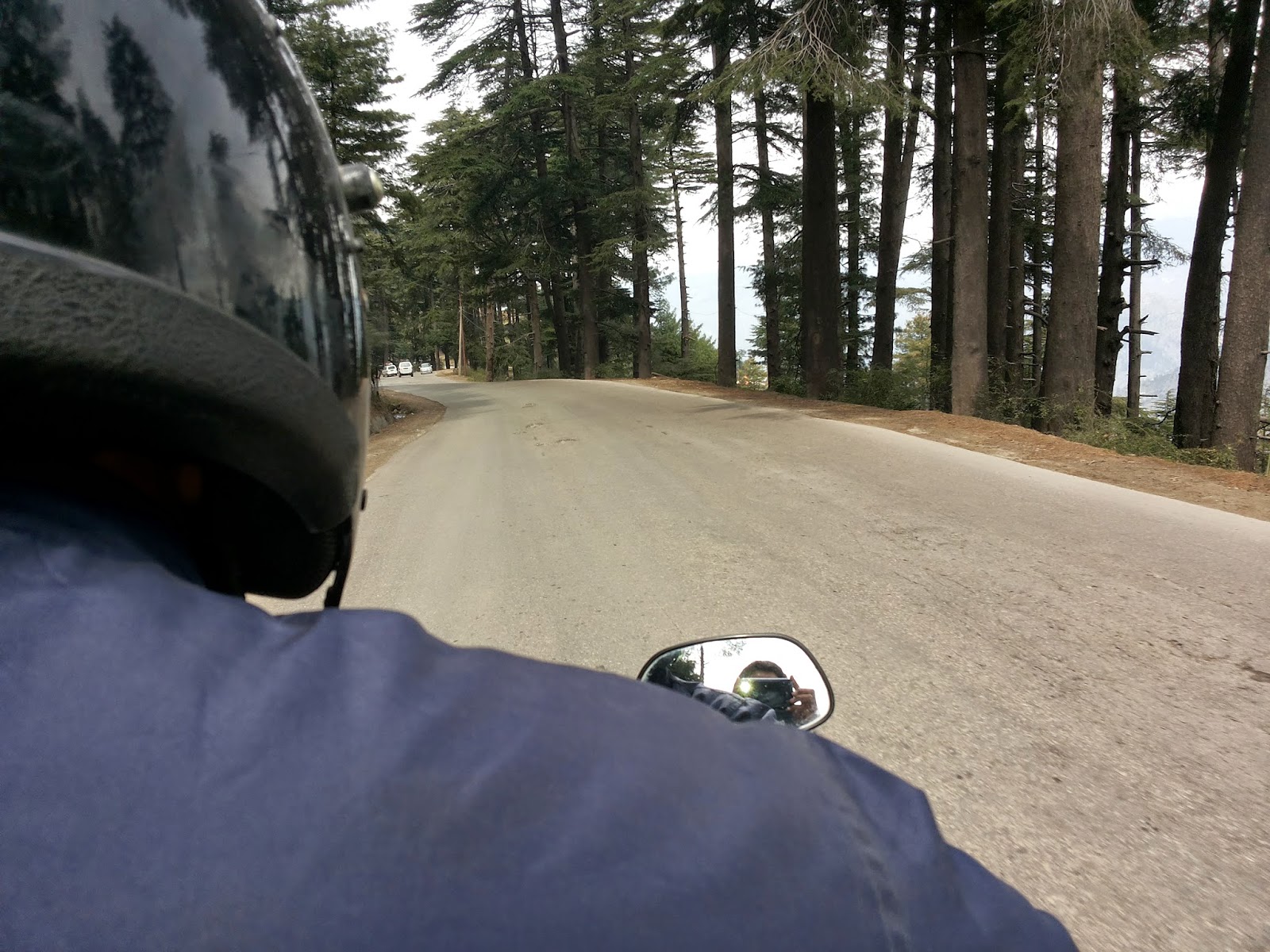 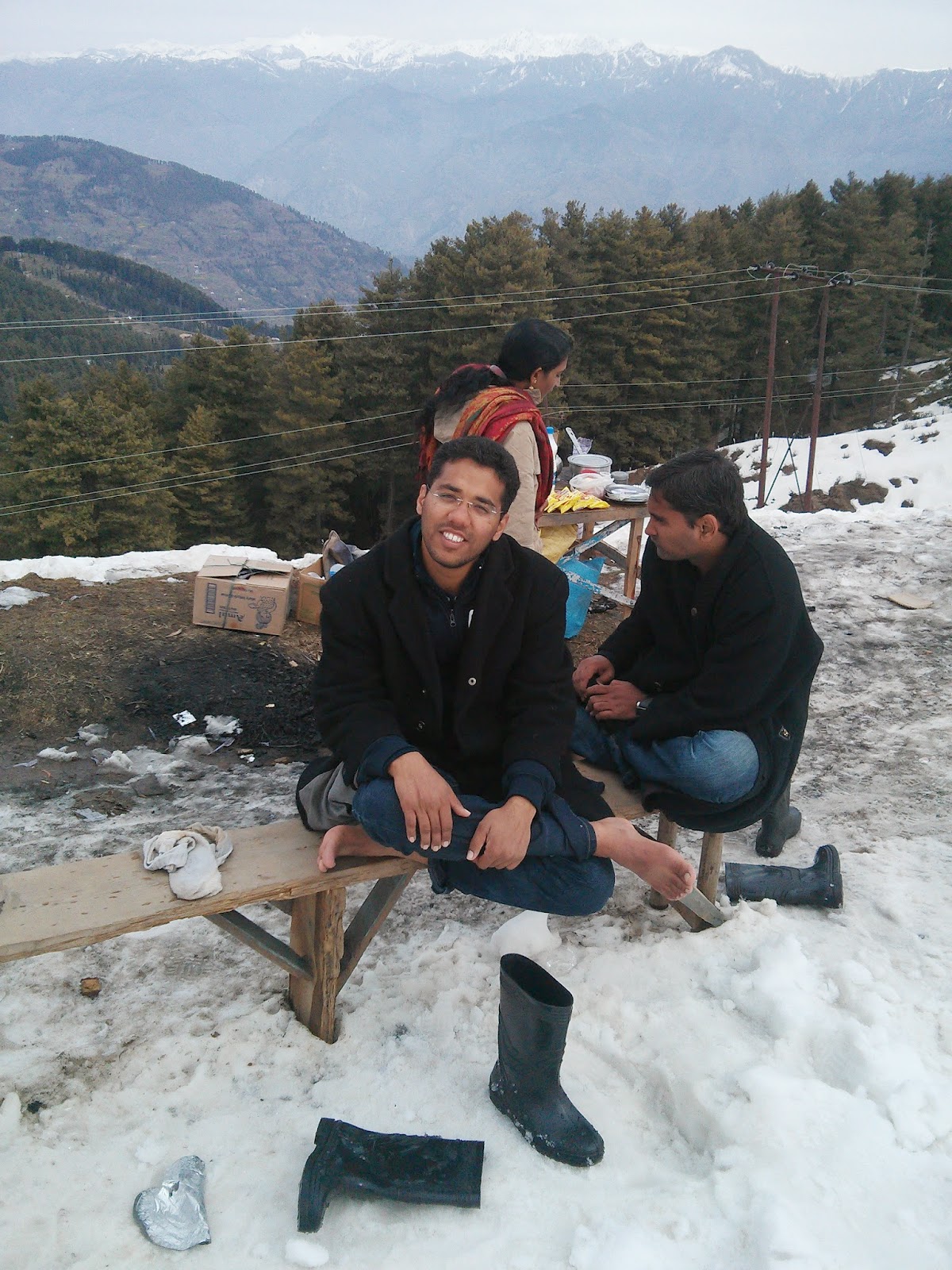