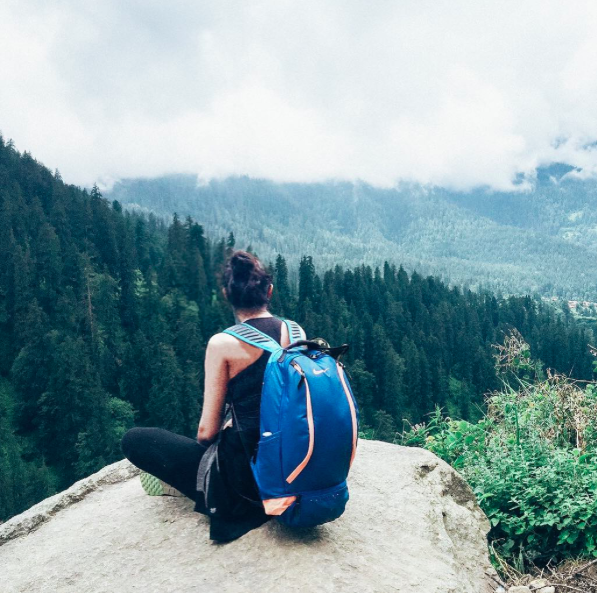 The trek to Kheerganga begins at Barshaini, which is also the drop-off point for buses from Kasol and for private cars. Barshaini is approximately an hour's drive from Kasol, and it parts in two directions- the first towards Kheerganga and the other towards Tosh. Sticks are available at Barshaini for rent at Rs. 30 (per stick) to be returned at the end of the trek. Once you walk down the steps leading to the dam and cross over to the other side, the hike officially begins.

There are boards and directions painted over rocks, and the trek is an ideal starting point for beginners. It's a comfortable trek for most part of the journey, specially if your physical fitness is limited to an occasional jog. You won't need to worry about training for the trek but it does help to work on your stamina for two weeks before you actually get there. The first 10 kilometres are mostly plains with a little uphill climb spread across the trek, but the last 5 kilometres are the true testing point of the trek.

At the end of the first 10 kilometres you will reach the Rudra Nag waterfall- rowdy, ferocious and equal parts beautiful. On a sunny day it forms a rainbow near the bridge, a stunning reminder that there is beauty in the chaos. The challenging part of the trek begins from here, with narrow routes and massive rocks to climb, pathways made from the roots of trees and more than two waterfalls to cross. From this point on the trek gets physically exhausting, with the uphill climb becoming a lot more treacherous as the paths narrow and the dampness makes the slopes slippery.

There are cafes along the way, offering refreshments in the form of Maggi, fresh juices (our pick was the watermelon juice each time) and Nutella toasts among others. There are countless little stalls, tiny establishments and cafes with views of the valley that will spring up along your walk. 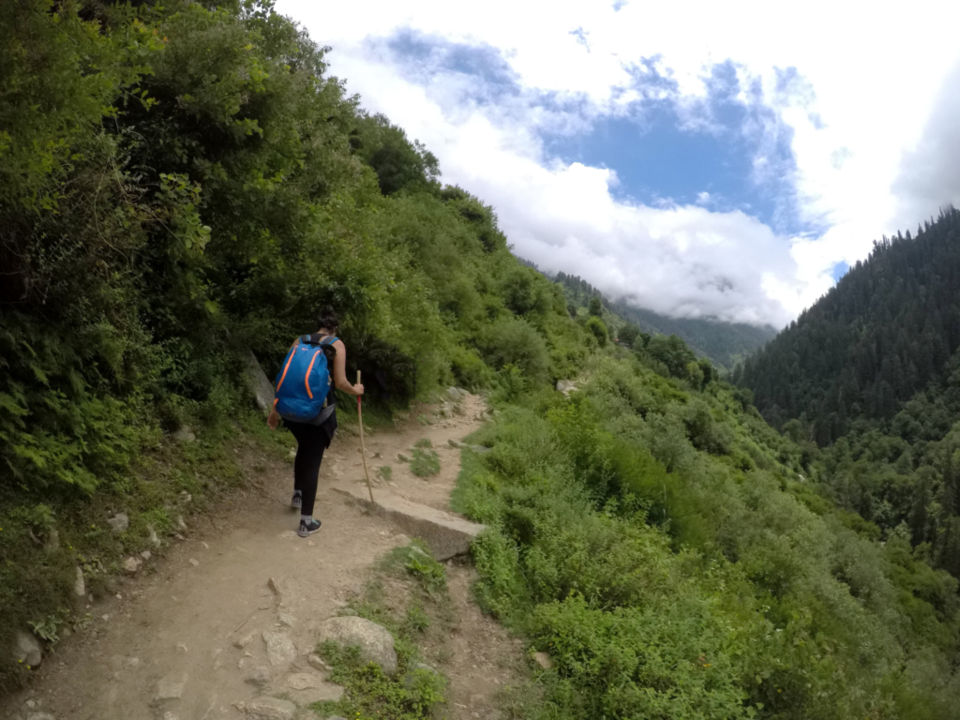 The path moves uphill and downhill in waves until the waterfall, where it becomes an uphill climb for the rest of the journey. You will cross turns that reveal different views, sometimes of the valley and other times of the river. There are countless mini-waterfalls along the way, flowing out from under rocks and from cracks in the mountains. You will need to cross some along the way- be prepared to get your shoes wet. There are valleys and mountains for as far as the eye can see, and the trek is more enjoyable than perilous.

On the return journey you will reach a point (close to the last 5 kms of the trek) where the road divulges into two paths- one that goes downhill and one that seems to go uphill. While the obvious choice is the path that goes downhill, that one will eventually lead to a steep uphill climb. The other one that appears to go uphill will be a plain path ahead, through bushes on both sides and a narrow path throw flowers and shrubs. It's the road less travelled by, and obviously- the one that makes all the difference.

What to expect in Kheerganga 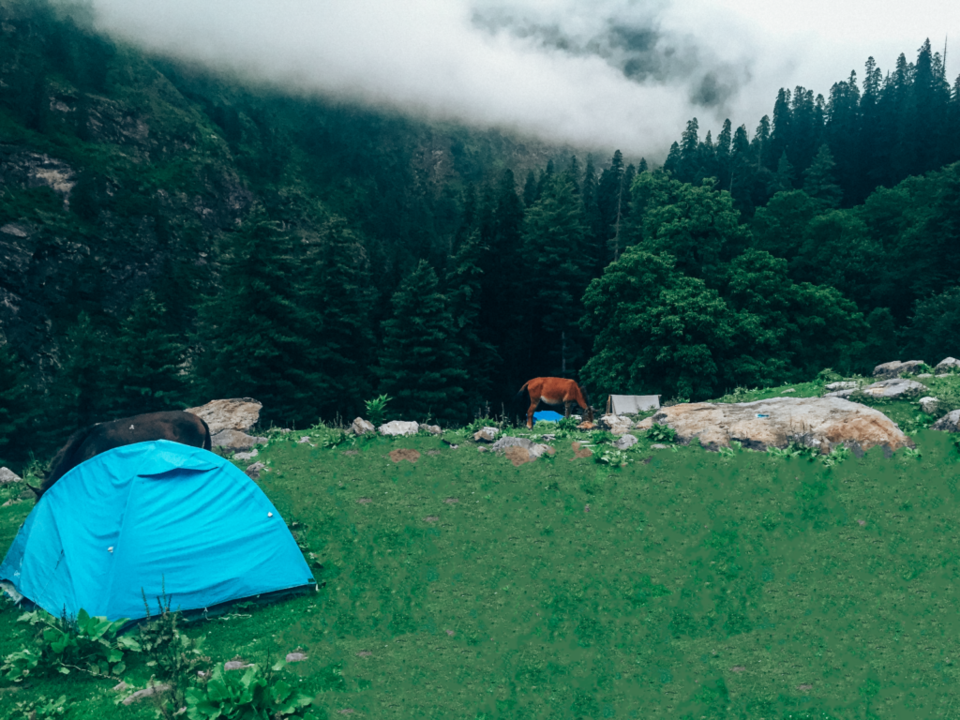 Kheerganga is a plain mountain top, almost like a plateau, surrounded by cloud-covered mountains on all sides. Sometimes those mountains descend lower, covering this hilltop in mist and dew. It's one of those places that were once less discovered, only to be ruined by the overcrowding brought on by commercialisation. As is the case with most hill stations, flocks of tourists who storm to these places have left it littered and filthy. But the locals are equally to blame, for the number of tents in Kheerganga seem to be increasing every year. At the moment there could be well over 500 tents, over 50 make-shift cafes and many animals and their excreta to litter the place with. A lot many things and people have been crammed into a limited space, which has entirely ruined it for everyone. The trek has become commonplace now, and so has this hilltop.

There are natural hot springs that have been converted into bathing areas for men and women- an open area for men and a covered one for women. The water is boiling hot but surprisingly clean, except for the moss growing on its stones. I should know- Humpty had a great fall upon slipping over the moss!

Intending to stay 2 nights in Kheerganga, we changed our plans once we settled in and realised there was little else to do but to enjoy the hot springs and eat good food by our tents. There was little beauty left to enjoy and we found ourselves packing our bags to begin our descent back to Kasol the next day.

On a sunny day the trek can get tiring and it can sometimes be a bit of a drag. Beware of the sun burns- they are more common than you think. On a rainy day the trek can get dangerous (even if it's just a drizzle), for those 5 kilometres of difficult climb become slippery and narrow, increasing one's chances of slipping or injuring themselves. The waterfalls also garner a heavier flow, making them tougher to cross, specially because one small slip over a stone that isn't fixed to the ground could have you tumbling down into the valley below. When it's raining head-on it's best to avoid trekking on that day at all.

The trek to Kheerganga is worth the journey, though not worth the destination. It's a trek that offers a comfortable trekking experience for the first-timer, with an incredible view for company.