Ketchikan: The Salmon Capital of the World & Alaska’s Rainiest Town! 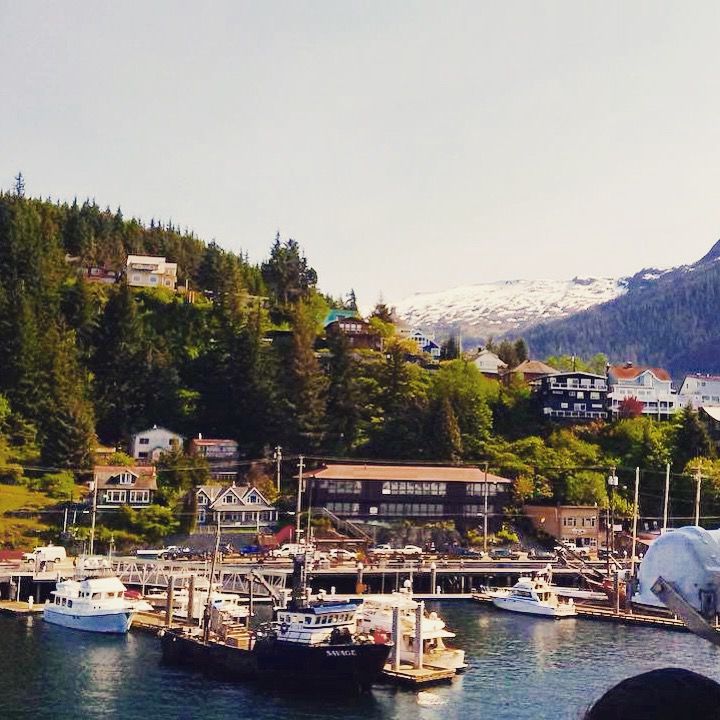 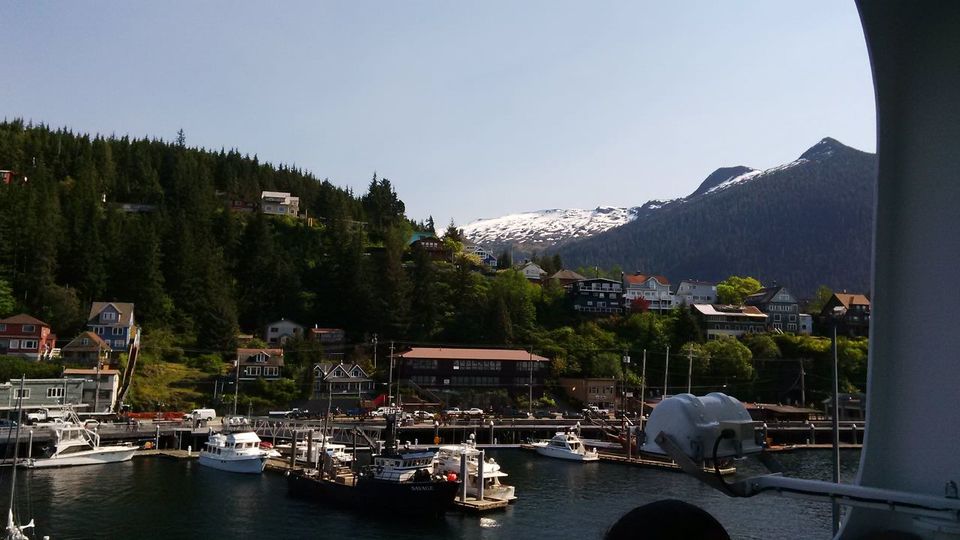 Ketchikan from my ship 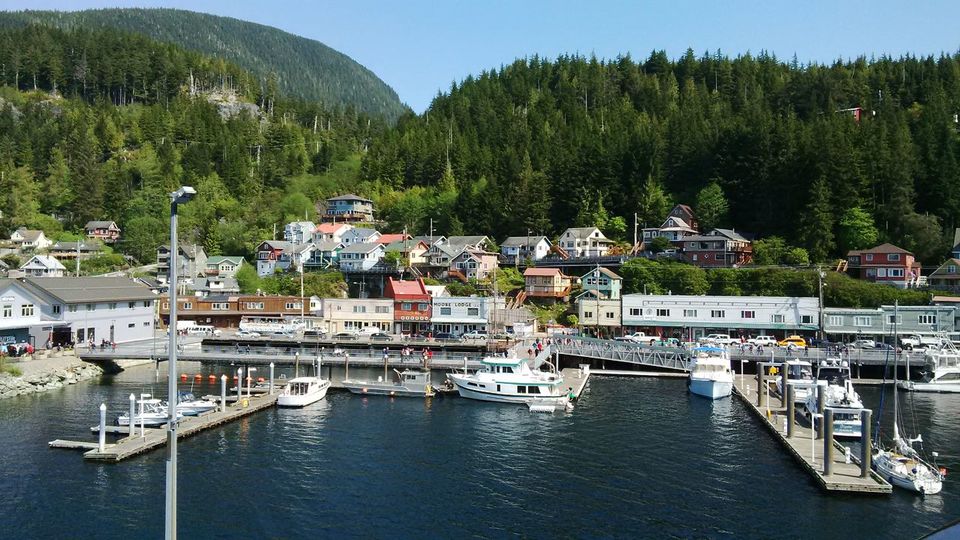 Our ship as it arrives 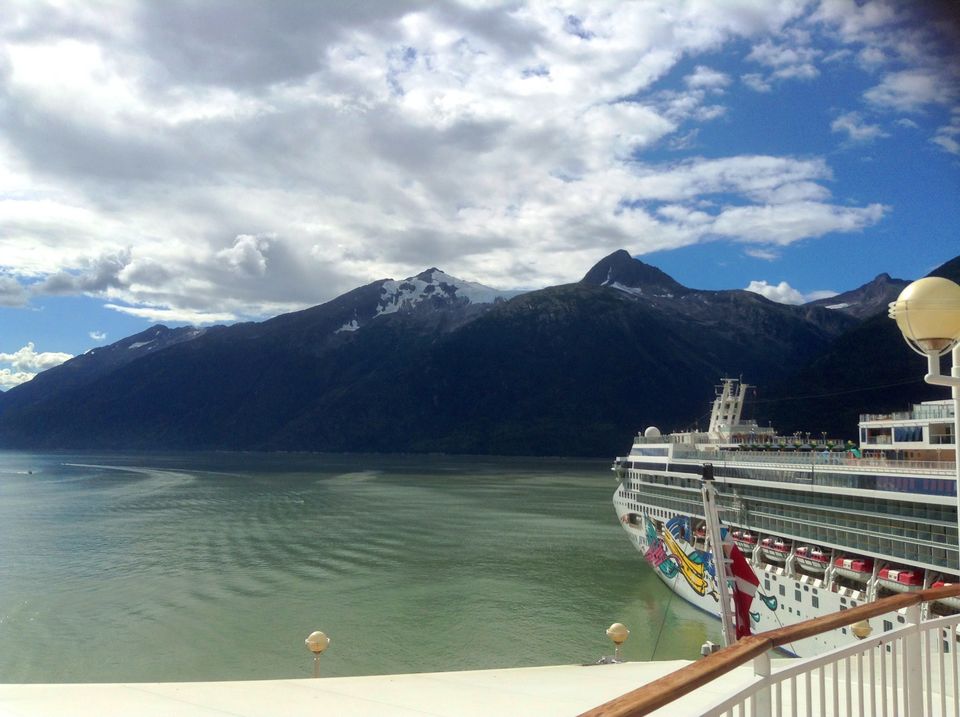 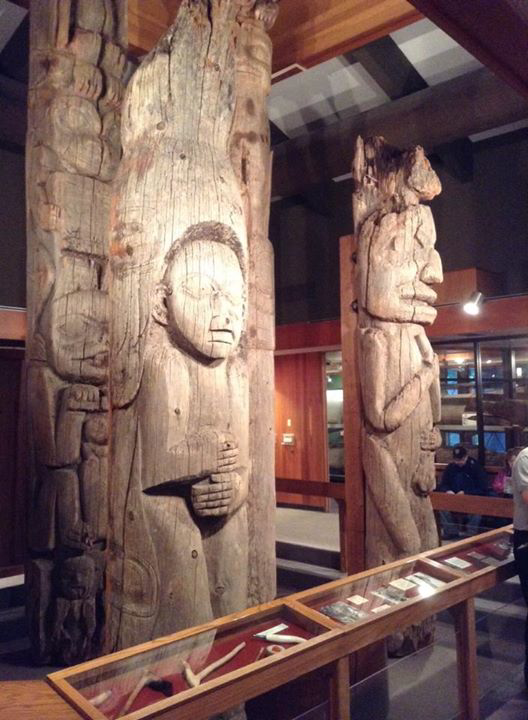 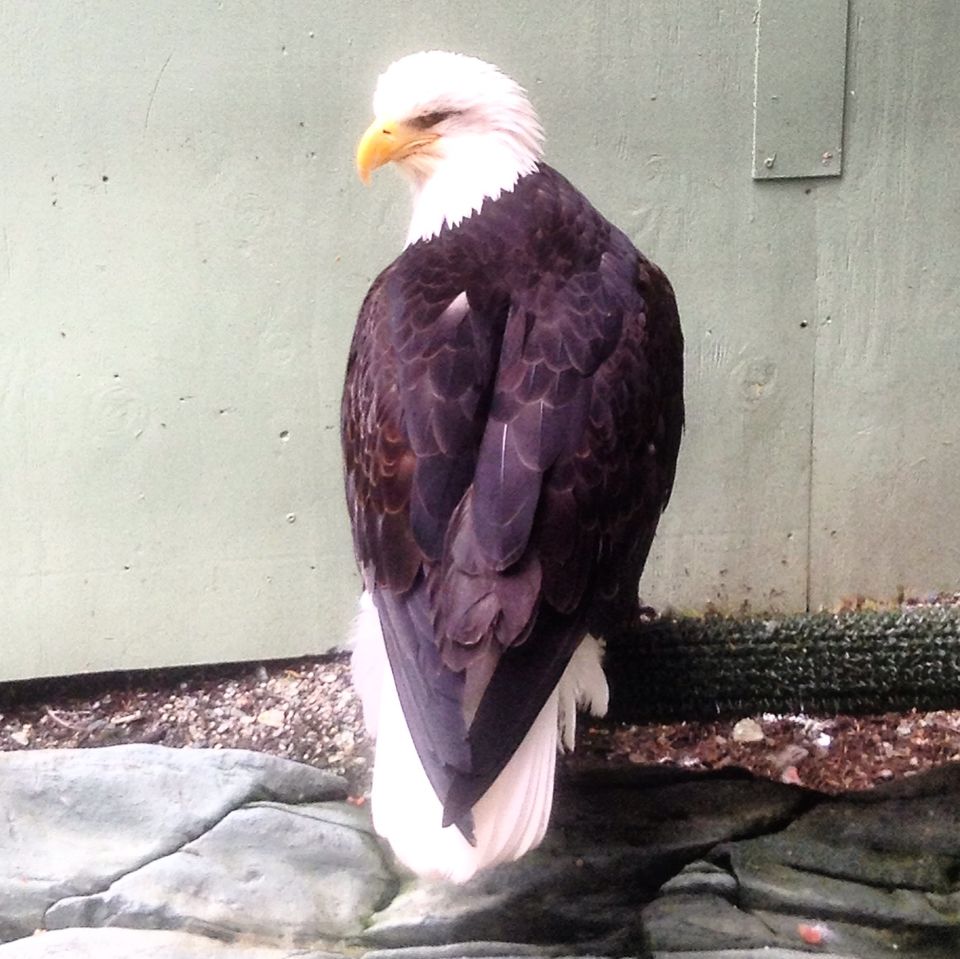 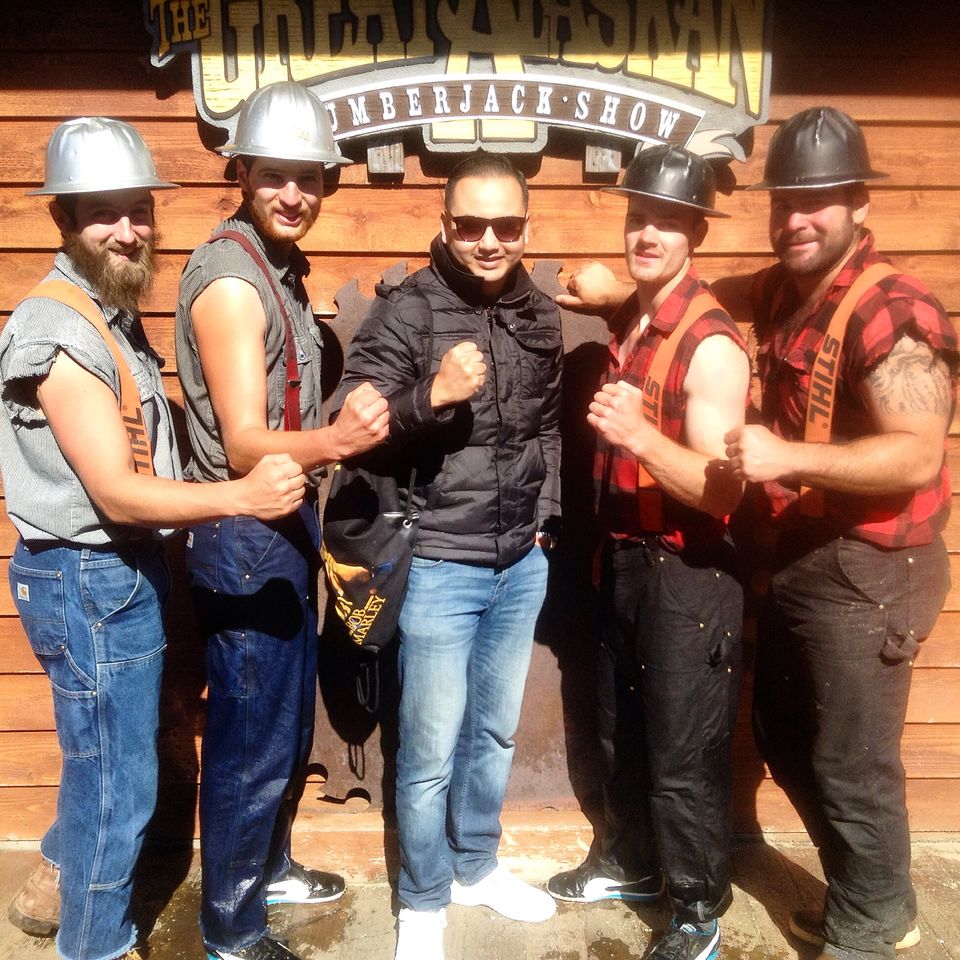 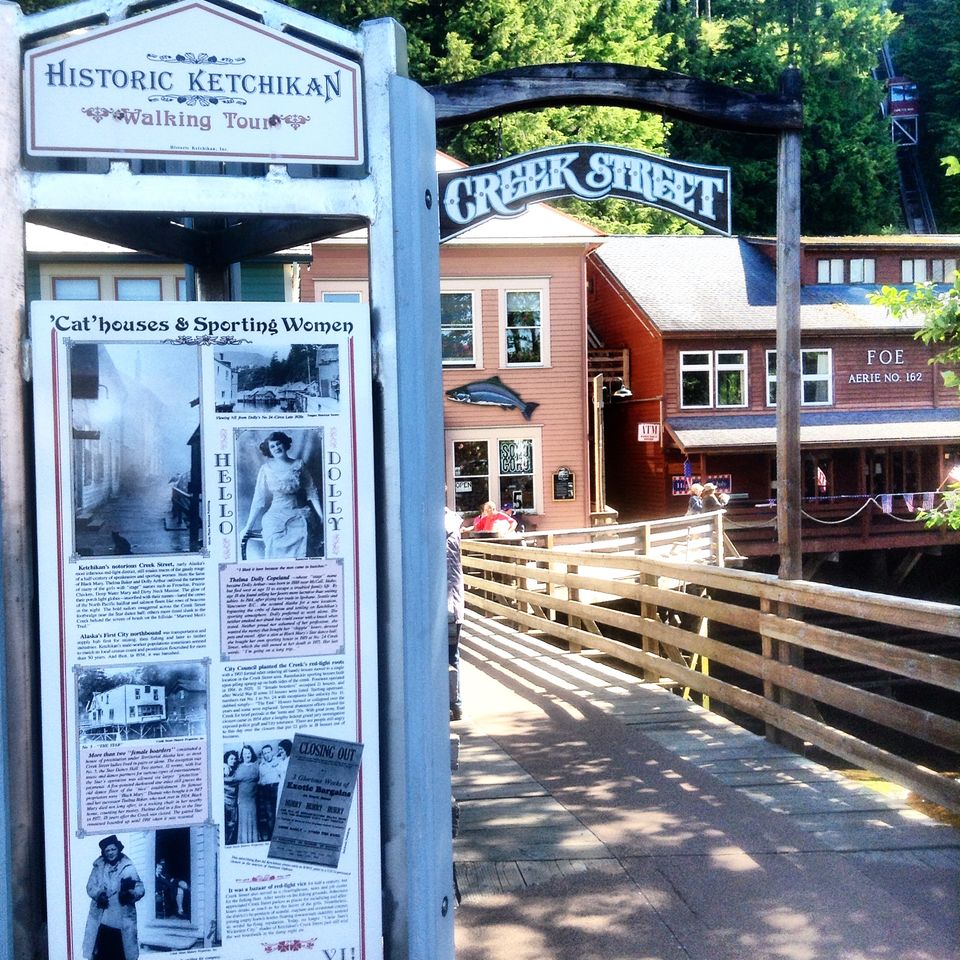 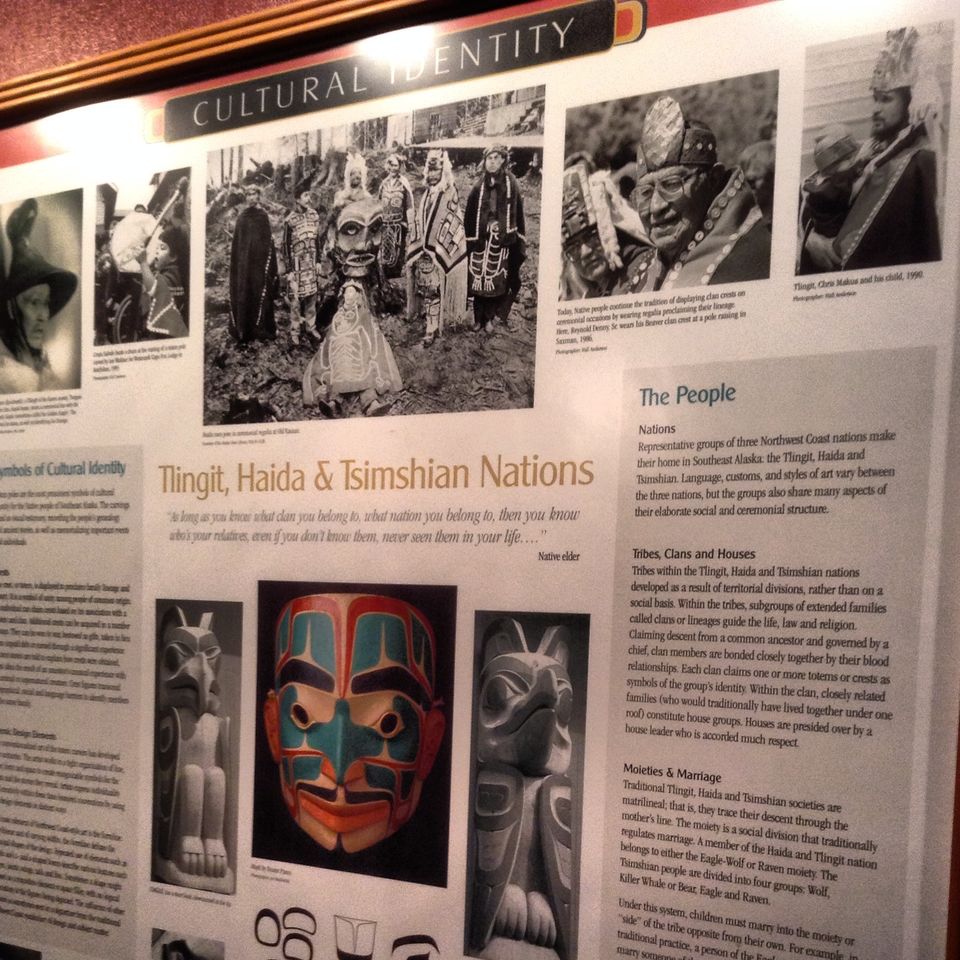 Ketchikan: The Salmon Capital of the World & Alaska’s Rainiest Town!

They are not dead who live in the hearts they leave behind. – Tuscarora, native Indian saying

Native Indian Culture is a rarity to encounter for the ordinary tourist. The native Indians have been persecuted all over their regions by the white settlers and very little remains of these gorgeous and proud peoples. Today, most of the descendants of the Tlinglit, Haida and Tsinshian native Indians are bringing back the culture, history and tradition of their ancestors, thanks to the efforts of the Governments around the Tongass regions, the original playgrounds of the native Indians.

I was lucky enough to experience this fantastic culture in the Tongass region when I visited Alaska and had the opportunity to be a part for six months during my travels. We called on the Alaskan Ports of Juneau, Ketchikan, Skagway and Sitka.

Ketchikan was one such port which left a lasting impression in my mind, not because it was unbelievingly scenic, but because this place was teeming with history and culture of a bygone era and to me very frankly, was like a goldmine.

This quaint little town is also Alaska’s rainiest town and weather changes rapidly, adding to a forever chill in the air with sudden cold winds and fog blanketing the hilly town. The fresh air from the mountains and the surrounding Misty Fiords, makes it an unbelievable once in a lifetime experience. This place is teeming with wildlife, including black bears, wolves and bald eagles. The dense and lush green forests are untamed and unspoilt, one of the few places on earth where man’s greed has not taken over.

The word Ketchikan is derived from the Native Indian word Kitschk-hin, the meaning of which is unknown, but historians say that this place was the hunting grounds of the native Indians for centuries before the white settlers came in due to its flowing creek and abundant salmon. Some native translations name it as “River belonging to Kitschk” while others name it as “Thundering Wings of the Eagle”. Be as it may, today, Ketchikan offers you a rare glimpse of native culture and history amidst the true spirit of the first white settlers.

This town has a population of less than 9000 inhabitants and the population is spread out across the region. The best place to see it all and experience most of Ketchikan is downtown. If you plan your trip well, there is a historic downtown walking tour of Ketchikan which I could cover in 4 hours, spending time in the Tongass Historical Museum, The Totem Heritage Center and the Southeast Alaska Discovery Center. These Museums offer a rare glimpse of life in Alaska.

The walking tour starts at the downtown visitor’s bureau where you can gather most of the maps and informational guides. An extremely well recommended tour is the seaplane tour of the Misty Fiords, a breathtaking scenic plane ride atop some of the world’s most beautiful Fiords.

The Great Alaskan Lumberjack Show is a fantastic tribute to the hardworking lumberjacks of US and Canada as two rival American and Canadian lumbering teams fight it out in a battle and show of strength performing different acrobatic lumbering acts. A high adrenaline rush affair!

Ketchikan is known as the Salmon Capital of the world and during summers, this place is the breeding ground for Salmon fish. I could, seriously for the first time in my life, see fish swimming right in front of you and in their hundreds! You can literally pick up one with your bare hands! The place offers amazing salmon culinary treats and you can do some great salmon dried fish and souvenirs.

All over the town you will see huge totem poles erected to the memory of legendary chieftains and tribes. When I visited the Totem Heritage Center, it opened my eyes to a whole new world.

Creek Street, the legendary red light district of the early 1900s is today a tourist area lined with souvenir and gift shops in the erstwhile wooden buildings which served as the bawdy houses. This entire place, more than a hundred and ten years old stands across the creek on wooden stilts and lends an amazingly charming grace to the city with its multi colored wooden blocks.

Another must visit place is the Deer Mountain Tribal Hatchery and Eagle Center which does the salmon breeding program and takes care of injured and orphaned bald eagles and other birds.

Shops, curios, memorabilia and Alaskan charms and bracelets are a must for your retail therapy while in Ketchikan.

When you are finally done, breathe in the air that is Ketchikan and do not miss their famous fish and chips!