A stoner's paradise and backpacker's hotspot, Kasol, is a well-known hamlet in Himachal Pradesh's Kullu district. While a lot of people come here to elope with their beloved Mary Jane, against the panoramic Parvati Valley, Kasol also serves as a basecamp for treks such as those to Malana and Kheerganga. While the best time to visit Kasol is from May to October, Kasol is a year-round destination. However, if you are snow-averse, avoid going from December to February.

Most people who flock to Kasol limit their trip to exploring the surrounding cafes and trekking to Kheerganga. In the process, they miss out on quite a few places nearby that are little-known and serve as hidden gems. Here is a list of five such places below – 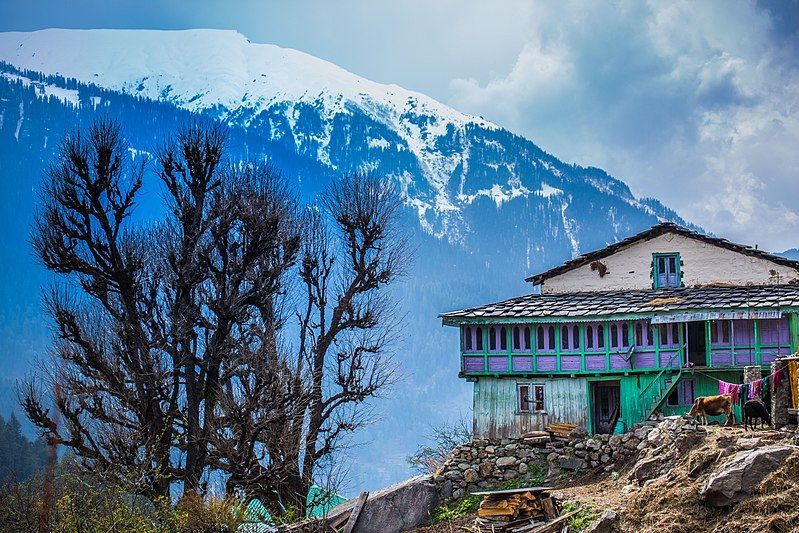 Lacking the hustle bustle of usual village life, Kalgha is unlike typical Himachali hamlets. One of the many small villages scattered across the Parvati Valley, the tiny Kalgha village is an offbeat destination and is for anyone looking for hills and solitude. Surrounded by snow-clad mountains, a multitude of apple trees and several old abandoned houses, the place is perfect for snuggling up with a book or indulging in a conversation with the amiable Himachali villagers. The village also serves as a basecamp for the Kheerganga trek.

How to reach here: From Delhi, take an HRTC bus till Bhuntar. From there, take a local bus till Barsheni. A short hike from Barsheni will lead you to Kalgha

Top things to do: Pluck a fresh apple from an apple tree, pitch a tripod all evening to capture sunsets, engage in conversations with the villagers, admire their uniquely built wooden houses and unwind with a book or paint colours, brushes and a blank sheet of paper 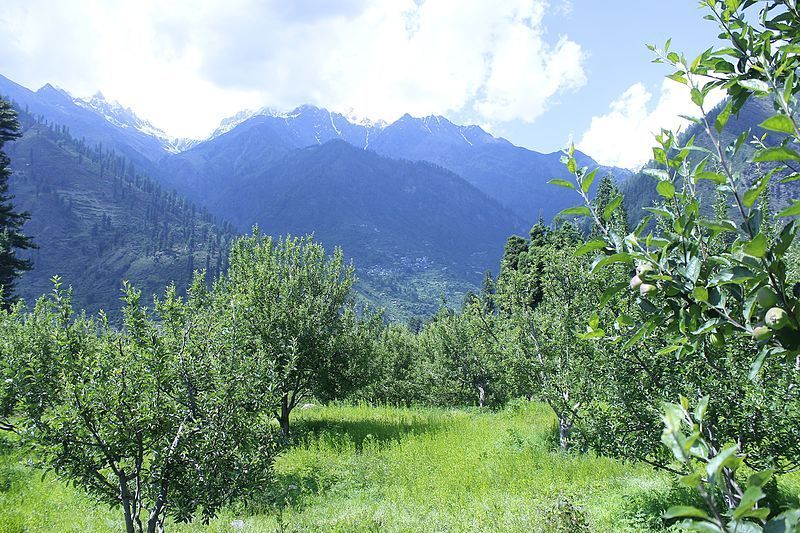 Very close to Kalgha, Pulga is yet another quaint village near Kasol. Famous for its tea plantations, uniquely-built wooden houses and lush green pastures, Pulga is a great place to escape from technology, people and the city chaos. The village has a temple dedicated to Lord Narayan, where the older villagers retire in, after a long day of work. While you're here, don't miss the Fairy Forest, apple orchards and hippie cafes that serve Nutella milk.

How to reach: Take a bus from Delhi to Bhuntar. From Bhuntar, take a local bus that goes till Barsheni. After a short hike of 20 minutes from Barsheni, which involves crossing bridges and encountering waterfalls, you will reach the village

Where to stay: Nazeem's Guest House

Top things to do: Visit the temple of Lord Narayan, saunter into the Fairy Forest, drop by the tea plantations and apple orchards, gulp down Nutella milk served almost in every cafe of Pulga 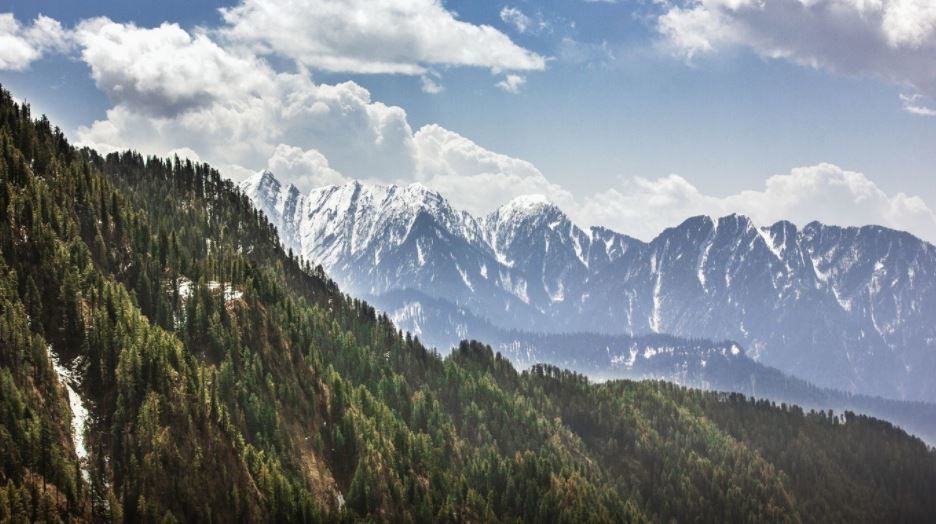 Rasol or Rashol is a small village, near Kasol. A short uphill trek of 3 hours from Chalal, also near Kasol, will take you to this magnificent magical village. On the way to Rasol, you will spot beautiful rhododendrons, misty green surroundings, and a number of signboards leading your way with the sign 'Magic Rasol'. The food in this village is slightly more expensive, when compared to Kasol, as ingredients have to be carried manually to the village.

How to reach: Take a bus till Bhuntar. From Bhuntar, you can take a local bus, rent a motorbike or take a shared jeep till Kasol. Rasol is a 3 to 4 hour trek from Chalal, a tiny village next to Kasol

Where to stay: Sun View Cafe

Top things to do: Admire the beauty of rhododendrons as you plod through the trail, capture the misty green mountains and gorge on scrumptious food in one of the many cafes

Distance from Kasol: 2.5km (till the base of the trek)

Away from the fast city life, Naggar is an ancient mountain town that was once the capital of the Kullu kingdom. The charming town surrounded by mountains, waterfalls and snow-covered ranges is known for its rich architectural style and cultural heritage. The town is small and can be covered on foot.

How to reach: Take a bus from Delhi heading towards Manali. Get off at Patlikuhal, which lies an hour so after Kullu. From Patlikuhal, you can take a local bus or hire a taxi to Naggar town

Where to stay: Naggar Castle or Hotel Naggar Delight

Top things to do: Appreciate visual art by paying a visit to Nicholas Roerich Art Gallery and Deepti Naval Art Studio, visit temples such as Gauri Shankar and Tripura Sundari, adventure seekers can trek to the Jana Waterfall located 13km from Naggar town. 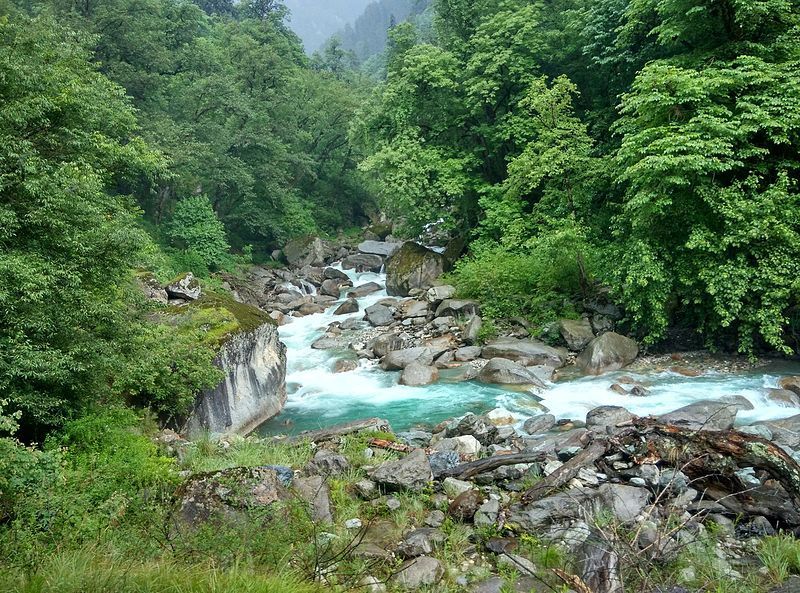 Full of natural beauty, Sainj is a hidden gem in the north-west Himalayas. The Sainj valley begins from Larji, a small village near Sainj river. The valley encompasses the majestic grasslands of Shangchul in the village of Shangarh. In the middle of the grassland, there is a temple dedicated to Shangchul Mahadev. Trekkers often visit the Great Himalayan National Park, which is in the vicinity.

How to reach: From Delhi, take a bus towards Manali. Get off at Aut. From here, board a local bus or hire a taxi till Sainj.

Top things to do: Explore the Great Himalayan National Park, visit the temple of Shangchul Mahadev, relish the beautiful meadows by practicing yoga or playing a sport

Have you been to any of these places before? Share your travel story here and become a part of India's largest community of travellers.