Life up above the Mountain: Bir-Billing Paragliding Adventure

"Until my moment comes, I'll say, I did it all, I will own every second that this world can give."

Be it a kid or an adult, everyone dreams of flying high in the sky someday. The way people fly in their dreams may vary among the individuals, though some will exhibit in boarding flights well that is luxury to them, some want to have their own wings and take their own flight. You don't really need those real wings to fly. You just need spirit, courage and a Paraglider. Think ahead of the aeroplane. Life is very unpredictable, you never know when you get that golden chance. Finally, my dream of flying like a bird in the sky came true.

The paragliding site at Bir-Billing in Kangra district near Baijnath is viewed as the 2nd best site in the world and top site in Asia for Paragliding. Billing is located at a distance of 15 km from Bir. You take off from Billing and lands on the plains of Bir. The course from Bir to Billing is a bit dangerous, as it is not properly constructed. It will completely give you the feeling of hero-villain fight moment on the edge of mountains.  But be brave, take risks because nothing can substitute experience.

Dharamshala’s weather is so pleasant and soothing, it rained daily for hours and in Triund it was snowing. After the rain, you could see the beautiful snow-capped mountain peaks. The view was so fascinating that sometimes those enthralling mountains can hypnotize you to stand there for hours staring at them.

All geared up and ready to fly!
Next day we knew that it was going to rain, but we still headed towards Bir-Billing for the adventure. As we reached Fatehpur, it started drizzling but we didn’t stop there. We wore our raincoats and started again and after 30-45 minutes the rain stopped. We crossed Palampur, Chamunda, Baijnath and finally reached our destination. The group whom we approached for paragliding package took us to Billing in a car. And there I was at the top of the mountain, ready to jump from the mountain to fly high in the sky like a bird. You don’t need any license to fly. Sometimes all you need is 20 seconds of insane courage to push yourself to fly freely in the sky.

My senses of space, of distance, and of direction entirely vanished. When I looked for the ground I sometimes looked down, sometimes up, sometimes left, sometimes right. I thought I was very high up when I would suddenly be thrown to earth in a near vertical spin. And on the other side, I thought that I was very low to the ground as there exists another world above the clouds. It was like a daydream, I knew the risk, my safety was not assured yet it looked so gleam.

My legs started shivering, as I started to wear the paragliding suit. It wasn’t the fear but it was the excitement to jump off the cliff, to open my wings in the sky. I believe one should always do what one is afraid of because life begins at the end of the comfort zone.

The pilot asked me to run until we jump off the cliff. As we started running the glider was up in the air. With all my courage I took a flight and within a few seconds I was paragliding in the air. And that was the moment which gave me immense contentment, happiness, and satisfaction of being successfully flying in the air.  Because I'd rather look back at my life and say "I can't believe I did that" rather than " I wish I did that".

The view from the top was magnificent, I could clearly see the mountains, plains, trees, birds, etc. It felt like I was stuck in the air forever away from the chaotic life. I didn’t want to go down despite the fact that I had to. But that moment deserved an accolade. You can’t control everything. Sometimes you just need to relax and have faith that things will work out. Let go a little and just let life happen. 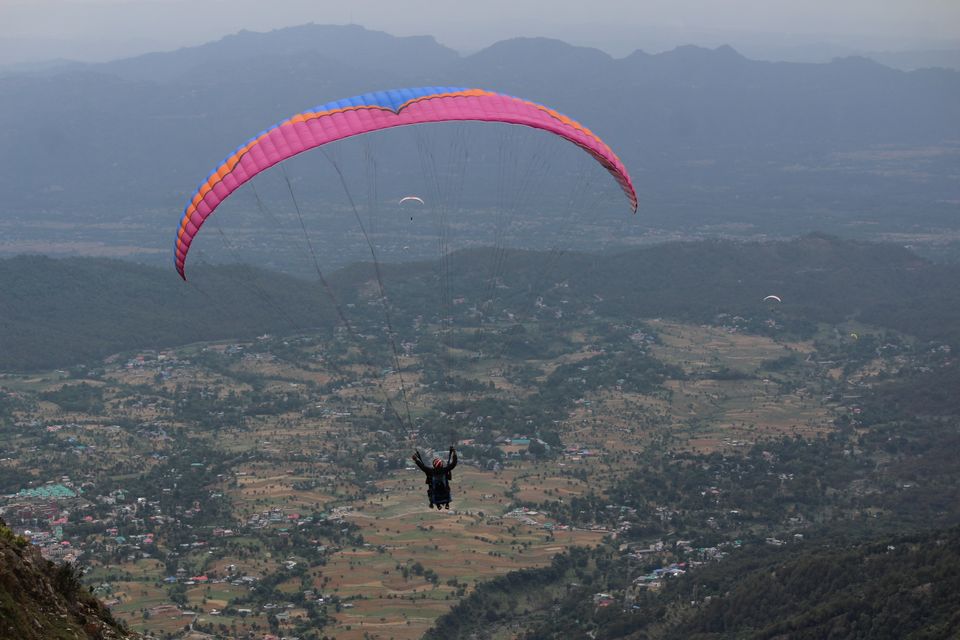 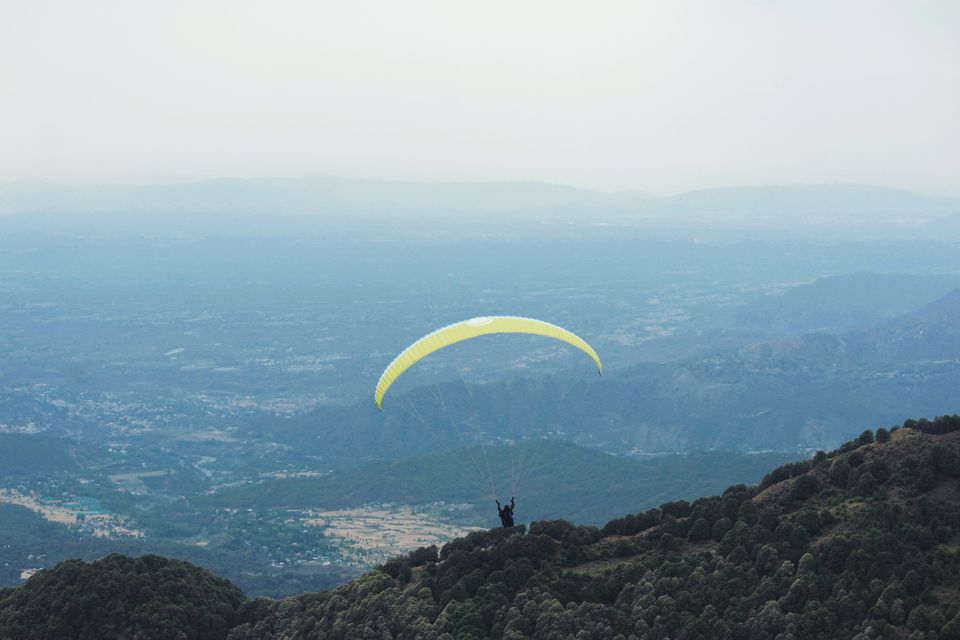