Imphal Travel GuideImphal TripsThis Man Planted A 300-Acre Forest Near Imphal All By Himself!

This Man Planted a 300-Acre Forest near Imphal All by Himself! 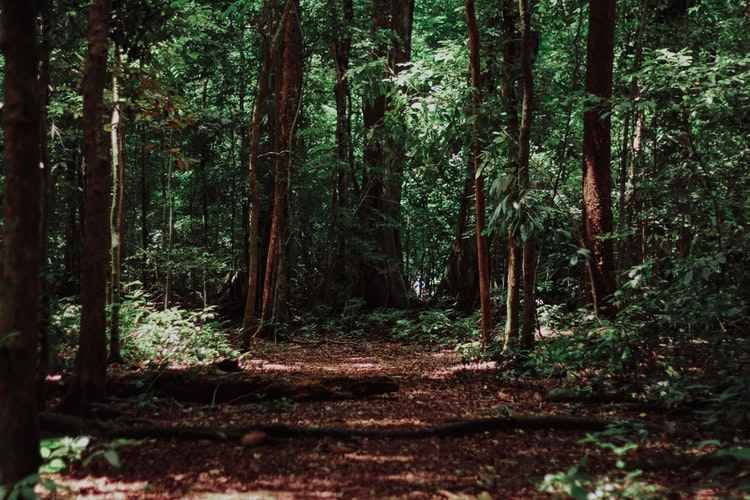 At a time when massive deforestation is rampant across the globe, 45- year old Moirangthem Loiya, a resident of Uripok Khaidem Leikai in Imphal West has been fighting against it for the last 18 years. He is responsible for replanting a forest named Punshilok, which translates to "Spring of Life".

As a child, he often visited the Koubru peak in Senapati district blessed with lush greenery all around. But after he finished college in 2000 and headed back, he was aghast to find out that it had been completely devastated. Determined to get its greenery back, in 2002, he started looking for land to plant trees. Guided by a local, his search took him to a place which in the Maru Longal hill range. It did not have even have a single tree as it had been burnt by the locals for rice cultivation.

Leaving his job as a medical representative, he packed some basics such as clothes and food and lived in Punshilok in a small hut that he built himself. In the six years that he stayed there, he worked hard to plant oak, bamboo, ficus, magnolia, jack-fruit and teak among others. Started the initiative with only three varieties of seeds, he cleared the weeds and began planting them with the help of friends and volunteers. Aided by the natural spring in the area which has always been revered by the locals, he saw a quick vegetative growth.

In regular cases, any sort of construction in the forest reserve area is considered as an illegal encroachment, however, since Loiya was acting as a helping hand in the preservation and creating a green landfill of the forest cover, the officials did not consider this as an illegal act.

As per Article 51-A(g) of the Indian Constitution, every citizen must protect the environment including forests, rivers, lakes and show compassion for living creatures. Loiya and his friends have been acting as responsible citizens to do this and hence gain a lot of appreciation from the local officials. To further help him out, the forest department demolished many illegal houses built by local people around the area to protect the forest.

Loiya and his friends have even established the Wildlife and Habitat Protection Society (WAHPS) which looks after the natural wealth of Punshilok which covers around 300 acres currently. It is rich in flora and fauna with varieties of trees, plants and species of bamboos growing there. The area is also filled with a variety of wildlife. Over the years, locals too have felt a difference with the temperature going down considerably and chirping of birds can be heard all through the year.

This area has since caught people’s attention with locals and foreign visitors coming in to explore the natural beauty of the place. Activist Irom Sharmila Chanu also visited Punshilok in September 2016 after she ended her 16 years fast to plant a wild mango sapling in the forest.

Loiya is an inspiration to many with his dedication towards the initiative. Working as a pharmacist in his brother’s medical store to earn a living, he does organic farming and continues creating more forest land to continue his dream. He considers himself to be a painter, while other artists use canvas, brush and colour to paint, he uses the face of hills as his canvas and plated trees and flowers to paint.