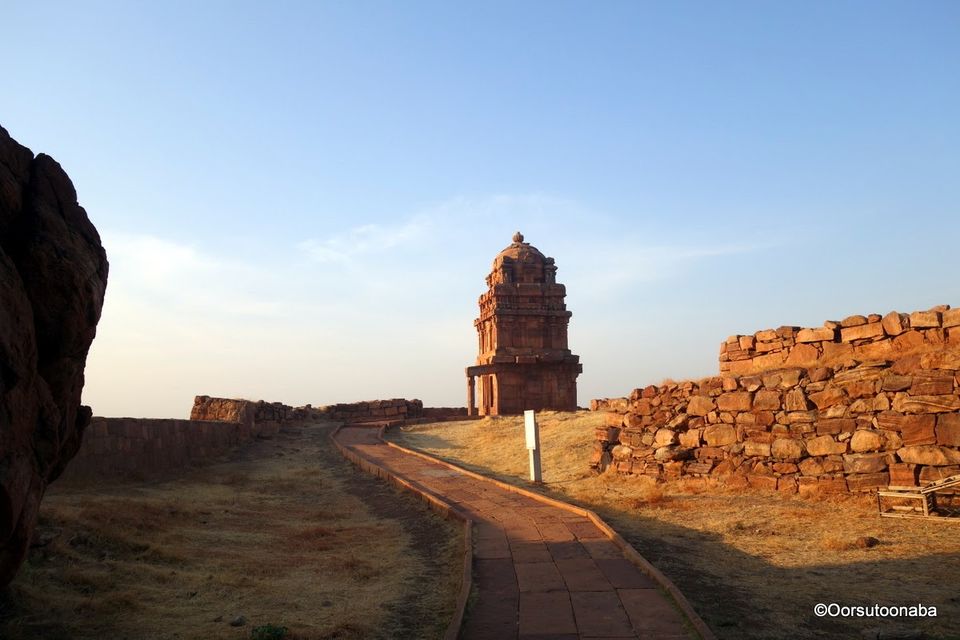 Ever wondered why the composition is called "Vatapi ganapatim bhaje"?

Vatapi is the acient name for Badami region and the Lower Shivalaya was rumored to have housed the famous Vatapi Ganapathi Idol, which now resides in the Uthrapathiswaraswamy Temple in Tiruchenkattankudi in Tiruvarur district. This idol was supposedly taken from Badami by Paranjothi, the Commander in Chief of Narasimhavarman I, when the Pallavas conquered Badami in 642 CE after defeating Pulakeshin II.

The lower shivalaya is located in the North fort of Badami, which is about 200 meters above Badami. The trek to the north fort is not very hard and can easily be done in 30 minutes. The start point for this trek is the Arch on the left of the museum entrance gate and the climb is interspersed with relatively flat sections, which helps ensure that you are not gasping for air with each step. Early morning or early evening is perhaps the best time to do this trek as the play of light & shadows really adds to the charm of the place.