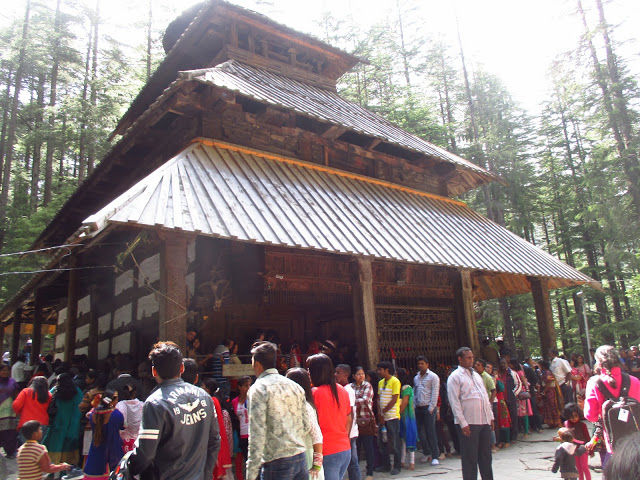 The charm of the beautiful is the Himalaya lap town in Manali, only by thinking of the blue sky, the clouds coming over the peaks of the snow-covered mountains and the wavy blasts in the foothills of these mountains are exposed to the visible eyes of the river Vyas. . Before stepping in here, the spirits in the mind reached their peak rather than decreasing after reaching them. By entering this beautiful hill from the city itself, it became an impression that as much as heard about here, this place actually multiplied by it too many times. As soon as the hotel reached the formalities of the check-in, the tea breakfast was also given in advance, as the rats had stomach in the stomach till now. The hotel staff left us to the room and we put the luggage in the room and went straight to the balcony, because waiting for the tea was better than sitting in the room and standing in the balcony to interview with the natural beauty here. Believe it, nature is so appreciated that once you step into the balcony, then till tea does not come, you can not come inside.

A brief minute interval of two minutes was also able to tell that not even Manali's fame spread far and wide. The snow covered hills were seen from a balcony, and from the second, there were three four small waterfalls. When zooming out of the camera, it was estimated that these two waterfalls were out of a big waterfall. It is my guess that so many waterfalls may have been formed by the melting water of the snow lying on the hills. The thought was that for a while, they would come out to roam outside, but when the place is so beautiful then the mind can not accept it in any case to stay on the room. Earlier, due to the program to come here many times we were very familiar with the sights of the place, but after breakfast, after a walk through the reception, we thought that the local people will get a little more sense of talking and those people He also arranged the means for his excursion by speaking and sitting in the lap of the hotel till his arrival, began to take a look at the major tourist spots.

In Manali's Chappes Chappe, beauty is so scattered that it is very difficult to guess which place is so beautiful. The major sights of this place are the Solang Valley, Rohtang Pass, Hedimba Temple, Van Vihar, Club House, Manu Temple and Vashishta Temple etc. It is necessary to get out in the morning to reach Rohtang and Solang valley, so it was possible to diversify around Manali today.

Four years ago when we had created the mind of Manali's philosophy, it was thought to be started in the name of "B Spiritual" from the Hidimba Devi temple. Today, even after so many years when we got the opportunity, we first went to the Hedimba Devi temple situated in Dhungari. By the way, everyone will be familiar with Hidimba, the sister of Hidibha monster. When the name of this temple was heard for the first time, it was thought that what is strange is to be a temple in the name of a monstrous, but later the whole story was known that Bhimim's wife, Hidimba, was a great woman who protected her husband. For his son, Ghatotkach was sent to war land. For this reason, Himimachal is worshiped as Goddess of honeydim. In the mountains the Goddess's mother's place is considered to be in high places and in the dense forest of cedar. The temple of Hidimba Devi is also in the middle of the dense forest of the pine without any difference in this regard. The structure of this temple built in Pagoda style is similar to the Hat Kalika located in Gangolihat of Uttarakhand and the outside environment is also almost similar.