New Delhi Travel GuideNew Delhi TripsMassy (Not Classy) Movie Theatres That Are So Damn Cheap, Every Delhiite Should Know Them.

Massy (Not Classy) Movie Theatres That Are So Damn Cheap, Every Delhiite Should Know Them. 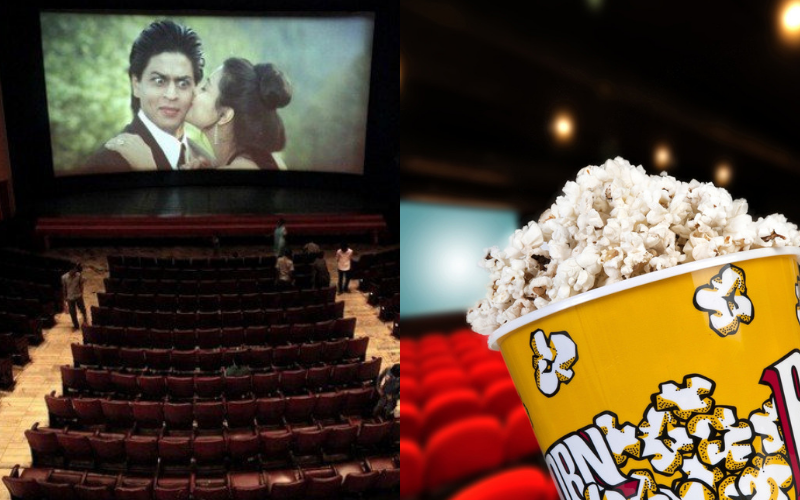 We have all grown up watching Bollywood Masala flicks with larger than life characters and unrealistic premises on single-screens.

Weekend movie nights with family were one of the coolest things of the 90s, when the whole family dressed up and mom wouldn’t cook dinner that day, if the movie was a super-hit dad would have to buy the tickets in black, we would all binge on the crispy hot samosa, chips, popcorn, ice-cream, bun-cakes and cold-drinks that would be passed along from time to time.

If you’re a movie-buff then I recommend watching your next movies at one of these old-school yesteryear’s cinema houses. It’ll be super light for your pocket - the snacks as well the movie-tickets here are below 200 as well as an out-of-the-box experience from your usual multiplexes!

Some of these movie theaters have existed almost as much as Bollywood in this city, and yet continue to screen fabulous films for loyal patrons.

This state-of-the-art cinema shows the latest movies and offers an on-site Indian cafe.

Including a Dolby Atmos sound system, it has two halls – Delite and Delite Diamond, screening both Hindi and English films. An iconic theatre yet alive and functioning in a great manner, you can head here to soak in the old-world-charm Delite Cinema was entirely transformed into a state-of-art epicurean theater recently. This theater now has the finest sound and light equipment, imported from abroad. Despite all this modernization, the ticket prices are really cheap - go drop by!

Tip: No bags are allowed inside the theater. You may have to deposit your baggage with authorities outside (which is not 100% safe) so it’s recommended to not carry laptops or any other electronic/valuable items in your bag.

With about five shows a day, Amba Cinema is one of the oldest and largest single screens in town with its existence dating back to 1963. It also has a pocket-friendly little canteen that serves snacks and munchies.

Imagine a fully air-conditioned cinema hall that shows all the latest Bollywood blockbusters where you can binge on cheesy nachos and scrumptious burgers without having to mentally calculate if you have any money left for the rest of the month!

Shiela cinema has the first 70 mm screen in India. With a large and spacious seating space and a retro-looking lobby, it’s curved screen gives you the perfect illusion of depth. Shiela Cinema is a great low-priced option in Paharganj.

Ticket Cost: The balcony seats are for Rs 150.

South of Kashmiri Gate, Ritz Cinema is an 80-year-old single-screen theater that makes for an inexpensive movie experience along with its budget-friendly snack options. The theatre had shut down for 5 years owing to major losses, but it reopened around three years back.

As the name suggests, this is a massive theater, it is the country's largest single-screen cinema hall with 1,401 seats!

Even with the current mushrooming of multiplexes in every nook of the city, this old-school place has not lost its charm or popularity. It has adequate parking space for its visitors and is the perfect choice for a “massy” movie viewing experience.

This theater is not even listed on Book My Show, one has to pay in cash at the ticket window and in case the hunger pangs strike right after you leave the theater, there is McDonald's right next to it.

Where: Vishal Enclave, Near MTNL, Opposite the Rajouri Garden Metro Station

Suitably located for South Delhiites, this cinema hall one has comfortable large seats, ample leg space and a Mc Donald’s outlet right outside the hall. The complex also has some other popular restaurants like Barbeque Nation. Equipped with a two-level parking space, there are attendants help with parking the car. The regular seating is very cost friendly and much reasonable as compared to other movie halls.

Get tickets for as low as Rs.70 and the maximum you have to shell out here is Rs. 118 for the balcony, even on weekends! Crazy right?

Having a capacity of 450 seats without the balcony concept, this single-screen theater comes with ample parking space. Though there is a major disadvantage here that this theater doesn’t have an air-conditioner

Possessing a vintage charm, this cinema has been a classic where you can head along with your family and friends. They screen Bollywood Blockbusters and a handful of Hollywood movies, with good customer service for the past 50 years. The screen is big and the theater can accommodate almost 500 people at a time, plus the tickets are super-cheap! You can gobble up crispy hot Samosas during the interval for a price way less than that of the multiplexes.