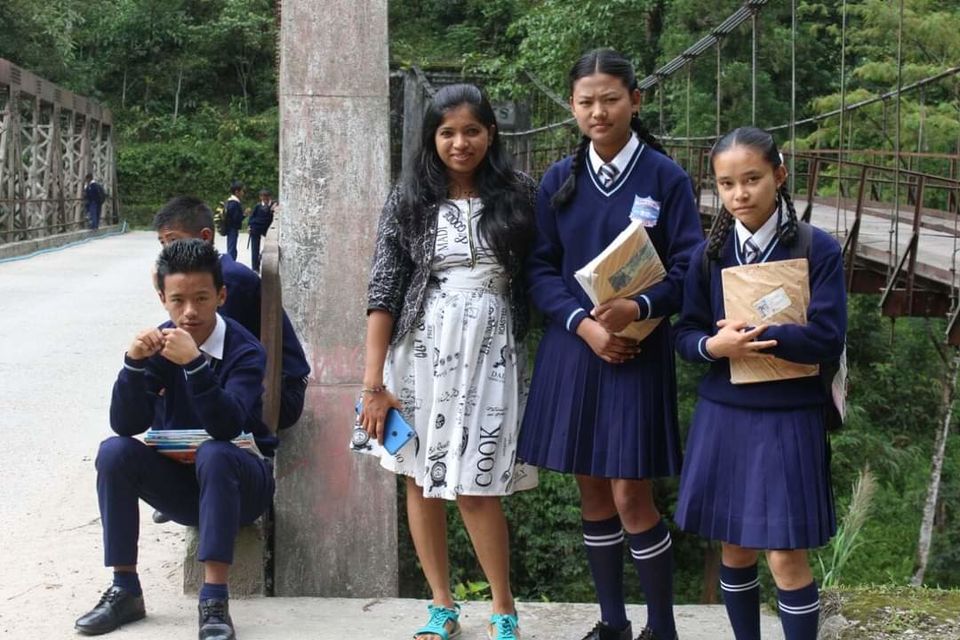 With my little or no knowledge about the state, I was curious to know more and more. The first day was visit to Baba Harbhajan's Temple. The temple  itself is situated between wonderful mountains and you have a lot of nature to click pictures with. On our return journey we took a hault at Changu lake and grabbed opportunity to click pictures with Yak. The lake is having crystal clear water and again being guarded by the black mountains layered with the white snow. There was lot of snow on the way and tourists were glued on it causing a jam on that narrow road.

Last day was visit to Darjiling . I heard lots of about the place and was very much excited to meet Queen of the hills. But as we approached the main city it was like disaster of all the image in the mind. Narrow roads, illegal construction on both the sides of roads more of that discontent of the locals towards state government. Every driver we met there was unhappy due to ill governance and absence of administration. According to them West bengal is giving them step motherly treatment. According to them the state is earning a huge revenue from Darjiling through its Tea plantation as well as tourism but state has never worked for development of Darjiling. There was high demand for separate state of Gorkhaland as the culture of the land highly differs from rest of the state and it mostly resembles that of Sikkim.

We loved Darjiling Zoo, the Zoological museum and Himalayan Mountainering Museum as it was too informative. Also visited a Tea garden near the city and one monastery and peace pagoda. It was only a day given for Darjeeling sightseeing and I was highly disappointed to see plight of that hill station. Our driver of the day advised us to take a nepal boarder road to return to airport next day, which was not included in the package and we were meant to pay extra to driver to take us by that way.

Omg ! The way was damn damn damn beautiful and I was like it is actual Darjiling. The dense, very dense forests. Tall, very tall pine trees. I even spotted deers at some places. Tea gardens were looking unexpectedly beautiful with that lush greenery. The driver allowed us to hault at one of the garden and we took abundant clicks there at that beautiful landscape. As we moved forward, after few minutes we were driving parallel to Nepal. At one side of road it was Nepal and on other side it was India. I got so excited as usual. Later he stopped vehicle at Pashupati Nagar and there was big entrance made for Nepal. We got down their and took pictures. It was the first time I was stepping in another country. It was an unexpected sudden expedition and I was feeling damn lucky. After few hours, witnessing the actual beauty, elegance and grace of Queen of hills which was not included in our itinary we reached to Bagdogra Airport, again to become part of the crowd.