Malaysia Travel GuideMalaysia TripsIndia To Australia: Without Planes Or Plans!

India to Australia: Without Planes or Plans!

Experience and time changes the way we look at things.

Two years ago, when I first quit my job, I wanted to step out and see the world. I had read enough about travellers who had been backpacking and living life vicariously, in the moment, and sometimes even on the edge, and now I was giving myself the chance to do that.

Two and a half years and 31 countries later, I have started viewing travel differently. I was never much interested in just check-listing places. I don't just want to see Paris and Barcelona and Budapest and Brazil and Machu Picchu and New Zealand. Instead, I want to be an adventurer, see how far I can stretch my comfort zones and keep doing so.

And that is why, even though I have just returned from Europe after a two month trip, I find myself increasingly restless, and wanting to do something more significant than just exploring countries. After sitting in my room for the last three days, and taking turns at staring alternately at the world map and then the cracks in the ceiling, I hit upon an idea I possibly want to chase in 2016.

India to Australia, without taking a single flight.

The moment the idea struck me yesterday, I opened the map to figure out the route. It looked fairly obvious. India -> Myanmar -> Thailand -> Malaysia -> Singapore -> Indonesia - > Australia. 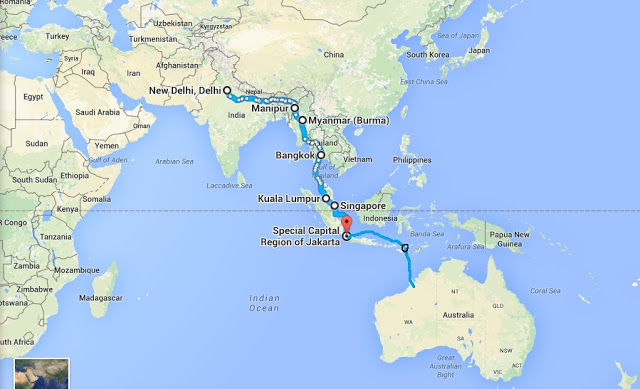 Till Malaysia, there is an inland route, and there must be enough boats plying between Malaysia and Indonesia. The trickiest part, I figured, would be to find a way to go from Indonesia to Australia. Buoyed by the idea, I started searching online for cheap boats, ferries and yatchs that would go between the two countries but much to my chagrin, most forums and websites insisted that (a) there are very few ships that travel between the two countries (B) the ones that do are pretty expensive if you travel as a passenger (can cost anywhere between Rs 70,000 and Rs 1,50,000 for a 7-12 day one-way ride).

I delved deeper and searched some more, and found out that there are a few freighter ships and other vessels where you can work as a crew member and travel between the two countries.

Now, I have absolutely no prior experience in working on a boat, so the idea seemed quite farfetched even to me. But then I went through a few websites that connect ship/ yacht/ sailing boat owners with crew members as well as volunteers in all parts of the world. A few of the owners had posted job descriptions that mentioned that they weren't necessarily looking for prior work experience on a boat, and it made my already over optimistic heart jump a little more. 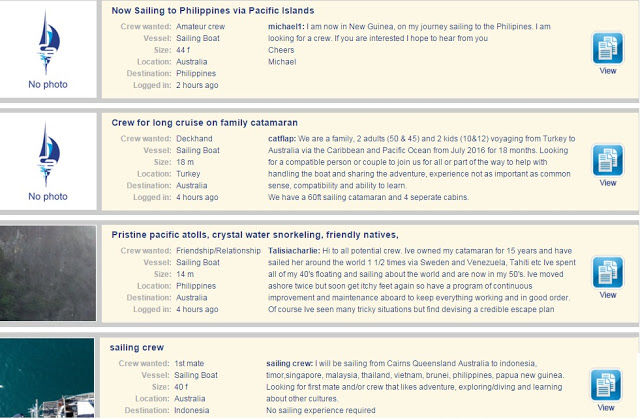 I even wrote to one Australian guy who has a sailboat and wants to set sail in April 2016 and will be covering Vietnam, Thailand, Malaysia, Singapore, Indonesia, Brunei, Timor Leste, Papua New Guinea before docking at Cairns in Australia. In my cheeky, irreverent mail to him, I let him know that though I did not know the first thing about sailing, what I could offer in plenty was enthusiasm, a desire to learn, trashy Bollywood music, and short spells of privacy where he could think about conquering the world while I sat at deck and wrote about the sea. In my over excited head, I could already picture magnificent sunsets, raging seas, migratory sea birds flying in the sky high above, whales and sharks revealing themselves to us for brief seconds, lots of hard work and him cursing me crudely and loudly while I fumbled around.

Of course, it is childish to think that the very first person I write to will let me hop onboard. Maybe nobody will. But hopefully I can persevere and write to as many people as I can find, and some day I will see an email in my inbox that invites me to be a crew member on a boat sailing the Indian Ocean.

And if the boat sinks, well I'll anyway be going down under either way. 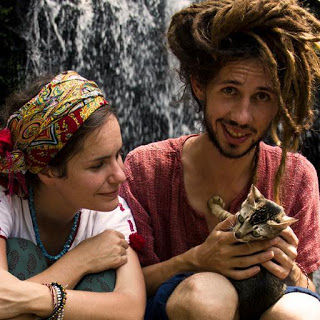 Next, I started reading about the road passageway from India to Myanmar. I googled 'Manipur Myanmar road passage' and a variety of websites and blogs opened up. Among these, came a fascinating blog about these two travellers - a man and a woman - who left their homes in October 2013 and since then have spent 511 days travelling through land, covering the length and breadth of Central Asia. Currently, in India's North Eastern region, the most astounding part of their epic sojourn is that they have travelled the last one and a half years on an average budget of 3.30 Euros (Rs 250) per person per day. These 3 odd euros include their accommodation, food and transport. Fascinated by their story, I opened post after post on their blog and read how they have been living in a tent, foraging for fruits and food in jungles, hitchhiking their way through countries, sitting in cramped and overpacked vans, trucks, dumpsters, and chronicling their journey, their trials, their changing thoughts in their blog.

This is how they describe themselves, ' Boris, Marta and Burma are two humans and one cat. Little and resilient, their average speed is of a few km per hour. Generally peaceful, they show a negligible level of aggression and so far have reported only two natural foes, namely gravitation and standstill. Since October 2013 they are hitchhiking Asia from West to East, and after 511 days on the road they found their overland way to India. Now they roam the subcontinent, drink tea, feast on vegetarian wonders, enjoy time with friends and write a little book of tales, while looking for a way back home.'

All the while when I was researching for my own proposed trip, one part of my head was telling me it was all wishful thinking. Or maybe just an impulsive idea that I would soon forget about. Or something that I may or may not be able to execute. But there was another voice that whispered, that over the last two years, there had been enough such thoughts which when they first came to my head seemed like mere fantasies I would never live through. But I had gone on to do them, even though I had not really burnt myself in the pursuit to do so. When I read Boris' and Marta's stories, it just served as even more inspiration. There are so many people doing such wonderful, amazing things in the world. There are so many travellers doing such incredibly difficult things by my standards, that even my naturally narcissistic self cannot but stay grounded and humbled.

Over the last two years, there were many things I found intimidating the first time I experienced them. Even simple things like finding my way from the airport to my host's house the first time, without internet, without taxi, and using public transport on the first day in a foreign country (especially where they don't speak English) felt challenging. The first time I was hitchhiking, this was between two towns in Albania, I appeared calm outwardly, but inside there were these constant questions pounding my brain, 'What if no one actually stopped and offered me a ride! How many hours would I wait until quitting and taking a bus'. As I went past many such small challenges, subconsciously I became increasingly calmer in the face of new situations that followed thereafter. Over days and months, I started developing a sober confidence that every situation could be handled, and to not panic when one could not foresee an immediate solution. That there would always be a way.

It is with that thought in mind, I believe I can find a way to travel from Delhi to Darwin, or India to Australia, without taking a single flight. It is a whim, an impulsive desire, but it also has the backing of two years of travelling, of trying small but new things, and listening to hundreds of stories from backpackers like Boris and Martha who believe in the overall goodness of the world, who believe in the spirit of discovery, who do not blindly follow society's conventional and security-first approach to everything, and who's eyes shine brightly as they look at the stars and the oceans and the mountains and the animals that live in this beautiful world.

Wish me luck!! And heh, if you know any sailor plying the Indian Ocean, put me in touch? :)

This trip was originally published on My "Experiments" with Truth.