These pictures were clicked by my brother while we were trekking to & from Ralong.

Look how beautiful, calm & tempting they look & they are, for sure. Most of you will be wanting to go on a trek after having a look at these. You will literally feel as if the mountains are calling you.
But! But! But! mountains are not easy.

The beautiful stone-laden path you see are actually very bumpy, improper and difficult to walk on. It needs to be carefully trod on, otherwise you are going to fall down, face first on those stones. Imagine that!

Now, the not-so-steep, almost straight path through the hills adorned with pine trees on both sides, you see. Aahaaa!!! trust me, if you're someone who has that travelling bug inside, you just want to transport yourself here, not just mentally, physically too. But, these were the same paths that repeatedly made me question, why the hell on earth, am I here? Why was I stupid to even think of this? Also, the sun was setting, adding to my worries. I was almost determined to spend the night in that hilly forest, after coming face-to-face with the nearly perpendicular steepness of the mountain. The path looks easy in the pictures. The steepness is not appreciable, I dont know how.

I wish someone was there to capture my brother's fear-gripped face, when I made him aware of my intentions, if in any case, I am unable to push myself to climb any further. Given my stubborness in such conditions and the serious demeanor I had, he was 90% convinced that there was a possibility of that happening. And with no human habitat, nothing around us for miles, just the two of us, this sure was a horrible idea. Poor boy, wont be able to leave me alone either😂. With a low voice, he started motivating us both to keep moving. Everytime we completed climbing an uphill section, there was another one waiting just right there, more steeper and longer compared to previous ones. The thought of trekking downhill at the end was our only motivation to complete almost 2 hrs uphill trekking.

And, just as nothing lasts forever, the uphill terrain also came to an end, while the daylight was still there, and seeing the downhill terrain in front of us boosted us with a new level of energy.

At the end, I was satisfied with how the day unfolded. All the good and bad came together to be a part of this beautiful and unforgettable experience. Now, when I look back, I feel, there was nothing actually bad about it. Everything was good, tough but good.
Its been 2 weeks and I am still recovering from the after-effects of the trek. But, if given a chance, I would love to go and do this all over again. Maybe I would question myself again,maybe I would call myself stupid again, maybe I would curse myself again, maybe I would break-down at the middle of it, but now I know, I would also be strong enough to break-through it and reach where I have to.

As, I already said, mountains are not easy. And for people like us, who are comfortable in plains, it is never supposed to be. You're going to huff and pant for sure. You're going to question yourself at times about doing this, just like I did. You'll be tired, you'll be exhausted. You wouldn't want to do it. Your legs will be wobbly, knees in pain. And, all these are a given. But, the sense of calmness, clarity, satisfaction and happiness at the end is also a given. The experience is always, always and always worth it. 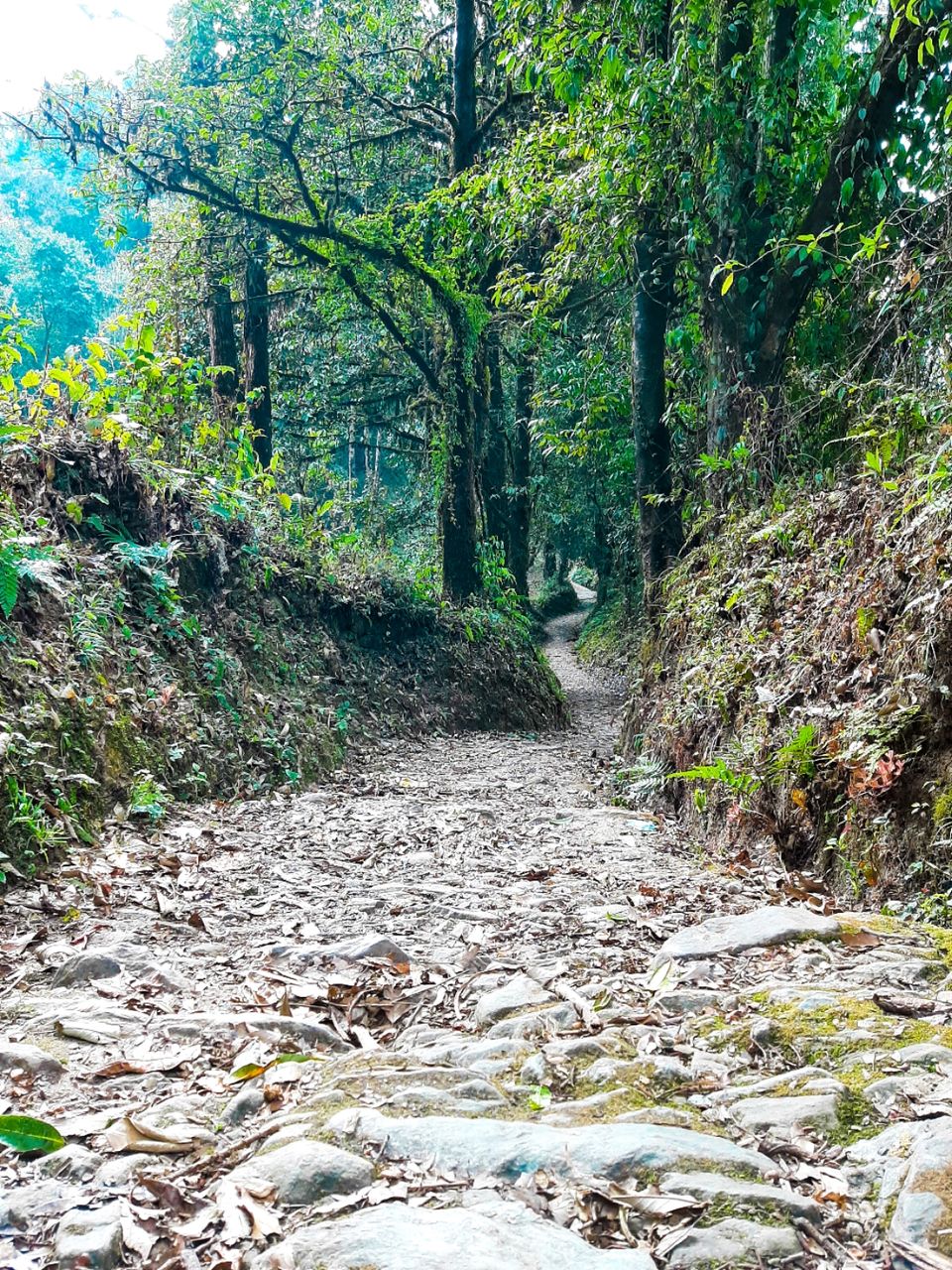 Ant's view of the sky. 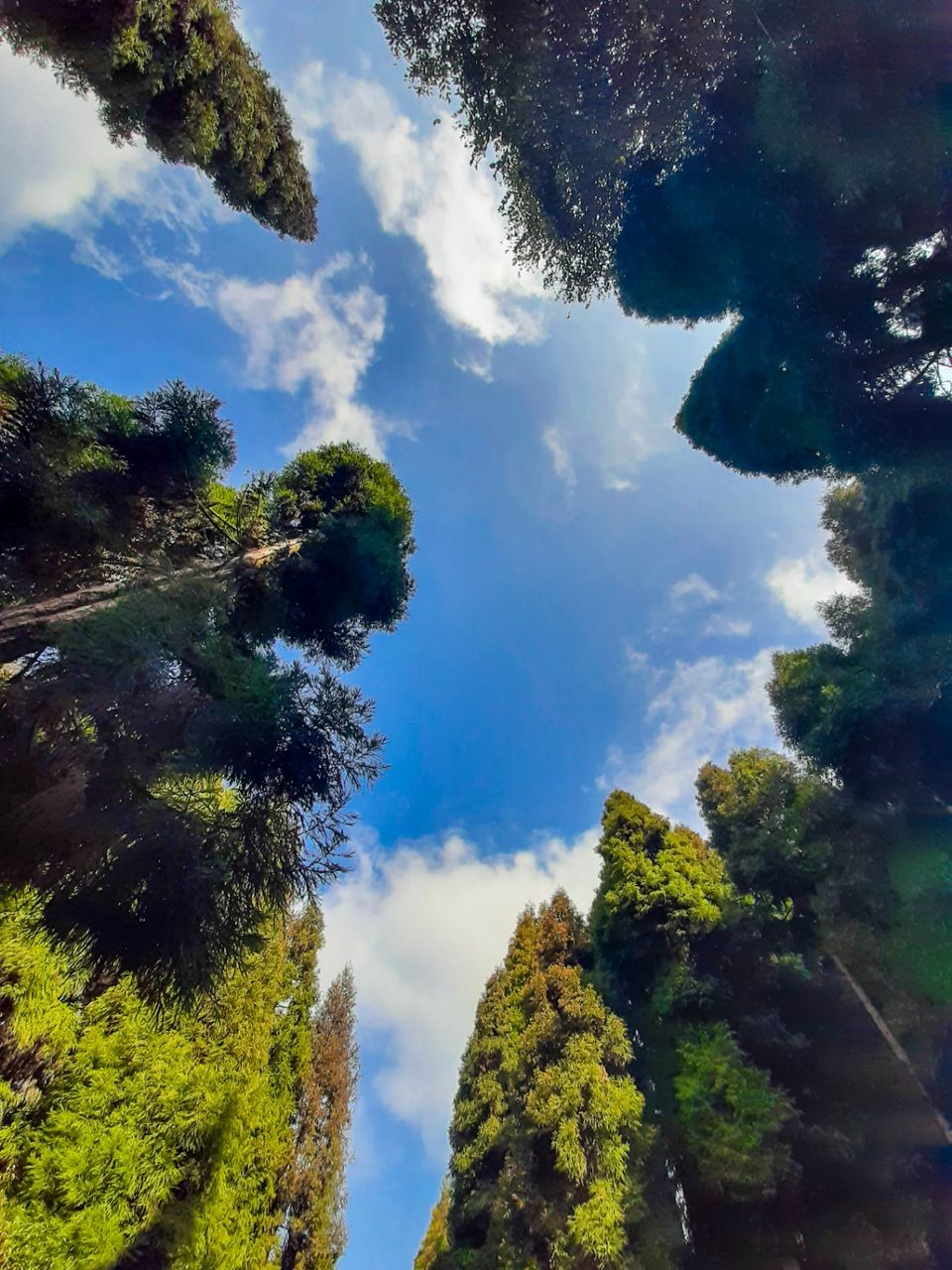 Through the pine hills 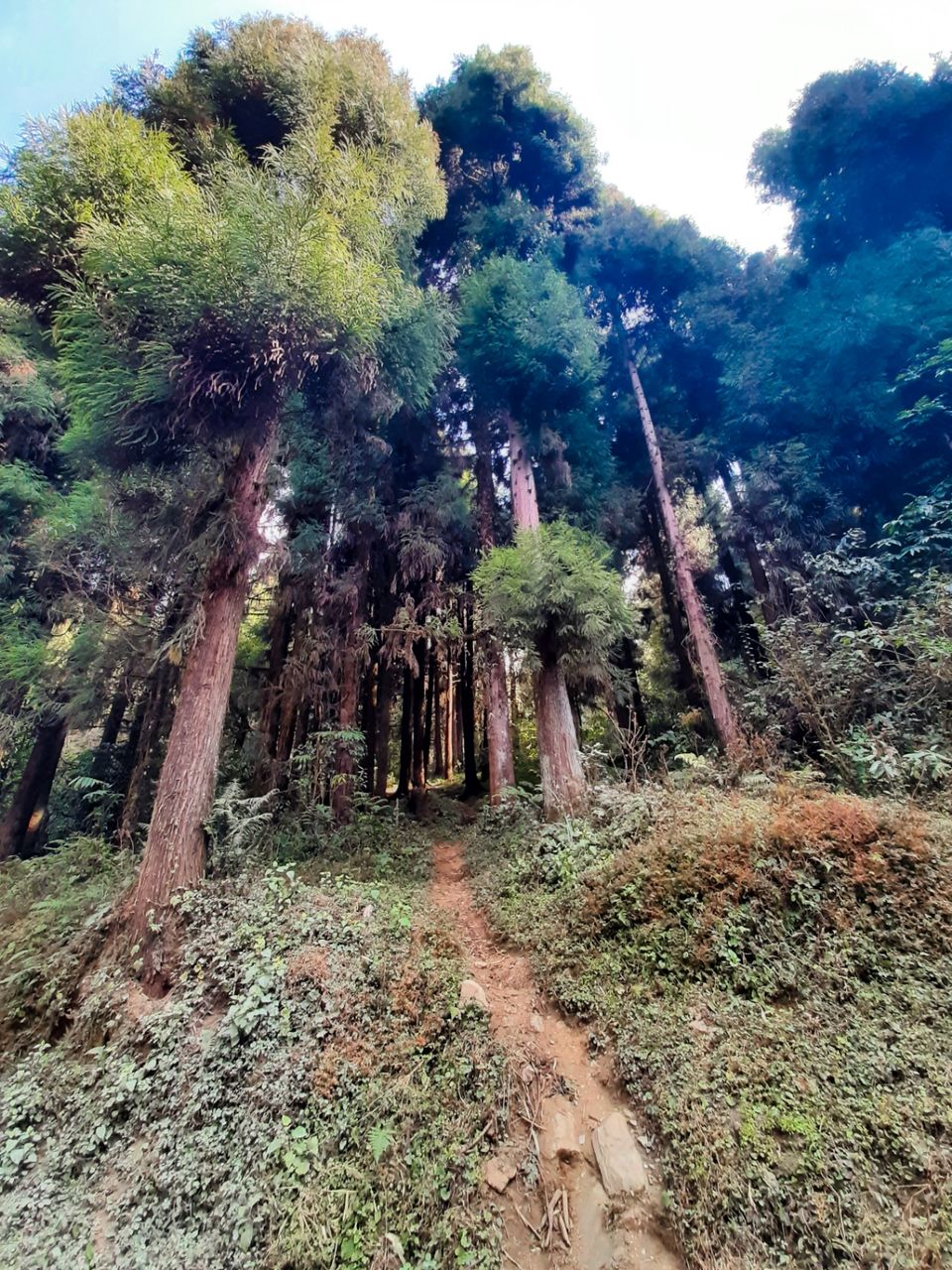