Remembering The Mutiny Of 1857- Walk Back In Time, In Centres Of #India'S First War Of #Independence

Remembering the Mutiny of 1857- Walk back in time, in centres of #India's First war of #Independence 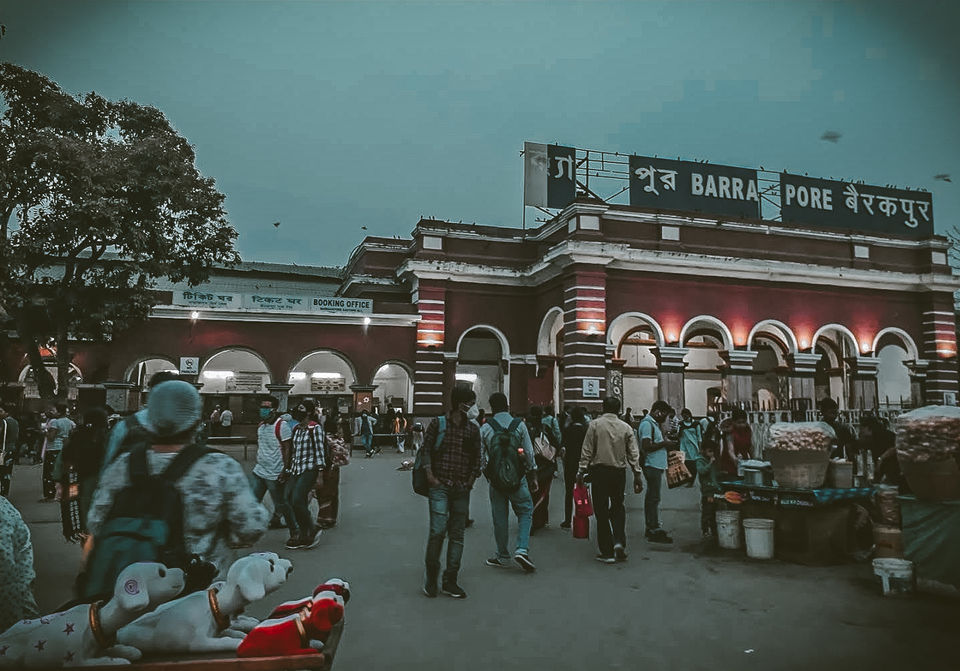 As we step into 15th August of the year 2021, we celebrate the 75th year of the day India awoke to life and freedom, repeating Jawaharlal Nehru's Famous speech as he said on that night, “At the stroke of the midnight hour, when the world sleeps, India will awake to life and freedom.” Every Indian, wherever in the world he/she might be, takes a step backwards to remember and acknowledge those numerous souls who laid down their lives towards one goal, Freedom, as well as those brave hearts who fought post our independence to ensure the consistency of that Freedom. It really is hard to hold back our emotions and the tears that emanated from those incredible emotions.

It was not before 1857, that all the small revolts and anger of Indians against the imperialist machinery of British culminated into the First War of Independence of 1857. Although crushed a year later, the revolt shook the British Empire, so much that British Crown had to directly take over Indian Subcontinent, from the earstwhile East India Company, as well as provide inspirations for generations of Nationalist Bravehearts to come. But have we paid enough respect and regards to these souls, their legacy and the tough times that they and India went through? This is the very question which pondered me for a long time. Since my early trips, I have infact been to some of the very places which saw the saga of 1857 unfold. I feel I need to elaborate these places, and take my readers across a virtual journey of the First War of Independence, our first step towards the Independent India we know today.

Barackpore has to be mentioned first in any talk about the revolt, as it is the very place where the sparks against British turned into a massive flame of uprising. Mangal Pandey, the legendary sepoy of the 34th Bengal Regiment of the British Indian regiments, fired the first shots of defiance against the Red Coats. The British had to call in the Rangoon regiment as reinforcements from far away Burma to capture Pandey, who was ultimately hanged. Just 26 km from Kolkata, Barackpore is a peaceful little town, with vast treasures and witnesses to the great episode of the war. Several monuments and sites, with historical significance sit here, including Manghal Pandey Ghat sitting right beside a peaceful park of the same name. The ancient Shreerampore Raj Bari and Annapurna temple are architectural marvels built in native Bengali style. There is also a museum in memorium to Mahatma Gandhi, called the Gandhi Smarak Sangrahalay. Barackpore can be easily accessed from Kolkata, including taxis, buses and trains. However I suggest the Kolkata Local Train in order to experience the Local culture and thrill.

The beating heart of India, Delhi obviously has to be there in every national event. So was it, during the revolt. Infact it played a major role in the entire duration of the revolt. It was in Delhi, that the last Mughal Emperor, Bahadur Shah Zafar was proclaimed as the Emperor of India in face of the British Aggression. Despite the fall of Mughals, several centuries ago, the mention of Mughals still held a huge impact and prestige across India at that time. The British captured Delhi back from the rebels in late September of 1857. Unfortunately the Fall of Delhi resulted in the failure of the revolt to attain national scale. The unfortunate Bahadur Shah Zafar was captured and exiled, and his sons being shot near the Khooni Darwaza in Chandni Chowk.

The capital of present day state of Uttar Pradesh, and the seat of the Nawabs of Awadh of the earstwhile state of Oudh (Awadh) was subject one of the most bloody and frightening battles of the revolt which saw sad and tragic deaths, massacres on both the rebel and British side. Numerous lives were lost, including innocent British and Indian civilians. The control of Lucknow remained with the rebels until 21st of March 1858, when the British defeated the rebels.

The remnants of the frightening battle and its legacy lived on in form of the ruins of the British Residency in Lucknow today, which forms one of the star attractions of Lucknow city. Most of the sites in and around Lucknow sits close by each other, including the Kaiserbagh Palace.

The mention of 1857 is incomplete, without the legendary Queen of Jhansi, Rani Lakshmibai. Words fall short, when we try to illustrate the manifestations of her courage, bravery and epitome of feminine power. Her defiance shook the very bastions of British power over central India, and her fight against the malicious forces of red coats spreads from Jhansi, to Gwalior across the towns of Kalpi. Jhansi can be accessed easily from all major North Indian cities like Dehi, Agra, Lucknow etc by means of regularly available trains, buses. The Jhansi fort forms the major attraction, which includes the spot from which the queen jumped across the fort on her horse and escaped to Kalpi to join the Forces of Tantya Tope. The town also includes the Rani Mahal, a smaller residence just at a few steps away from the fort, where the queen lived during one year of her exile.

Gwalior is another center of the revolt which saw the bravery of the Queen Lakshmibai, infact it was during the final battle near Gwalior, in the plains of Kote ki Serai, where the queen fell fighting against the British.

Gwalior city is a metropolitan within the state of Madhya Pradesh, very close to cities and towns like Delhi, Agra, Jhansi. It therefore is quite convenient to be accessed by road, trains as well as by air, as Gwalior has its own airport. Alongside the Gwalior fort, which is one of the Largest fortifications in the world and in India, there are several sites across gwalior including the Royal Scindhia Palace and the Sahasbahu Temple.

A key episode in the war, as well as an important center of uprising, Kanpur, formerly Cawnpore was besieged by the forces of Peshwa Nana Sahib II. Nana Sahib's forces were completely anhilated by 1859, during which the Peshwa too disappeared. He reportedly fled to Nepal. Thus the episode of Kanpur is one of the most painful one in the war. Both sides committed crimes and attrocities of horrible extents. Both sides saw excruciating and bloodied loss of life and property. The doomed ghat as well as other sites of battle remains till this date in Kanpur City. Kanpur is quite well connected to major cities by Train, and can be accessed by roads as well.

Bihar was a region with several centers of uprising taking place. The flame in Bihar spread when the sepoys in Danapur near Patna revolted against the British command, and slowly the revolt spread to the district headquarters of British East India Company at Arrah, which swiftly fell to the rebels. The rebels of Bihar was commanded by a man of almost 80, Thakur Kunwar Singh who kept fighting until his passing away in 1858. Several towns in Bihar which saw action stands even today along with the wounds of 1857, as can be seen in the modern day towns of Arrah, Jagdishpur, Danapur. All these places are connected by means of the extensive Indian railways network.

THE FORGOTTEN CENTRE OF THE REVOLT - ASSAM

It is widely believed that the uprising of 1857 affected only North and Central Indian regions while no disturbance was reported from South India and Northeast India. Although, indeed the effects of the war was not much felt in the southern or northeast region, there are still instances of heroism which remains unheard and un-acknowledged in Indian History.

In case of Assam, although a failure, yet a brave attempt to reinstate the Ahom Kingdom taking opportunity of the chaos created by the uprisings of North India is worth mentioning. Maniram Dewan, an Assamese noblemen creditted with introducing the Tea Plantations in Assam, seeked the reinstallation of Ahom Lineage, by restoring Karpadeshwara Singha to the Throne and overthrowing of the British supremacy in Northeast India. However in a tragic turn of events the plan was discovered and foiled by the British before its execution. Maniram Dewan and Piyali Baruah were hanged in Jorhat Central Jail, in February 1858. Although failed, the actions of Maniram Dewan led to the widespread rebellion and dissent against British Rule especially amongst Assamese Tea Plantation workers.

As I bring an end to the saga of 1857, I would urge you all to take a minute in silence to remember these bravehearts, their actions and contibutions to the India we know today. The Revolt may not have been successful in 1857, but its effects shook the mighty British and the tremors set in 1857 continued for the next century until the British finally left the shores of our Nation on 15th of August, 1947.

I wish you all a very Happy Independence Day.

SPONSORED
Want to book a similar trip?
I accept the Terms of Use and Privacy Policy of Tripoto.
SPONSORED
Related to this article
Things to Do in India,Places to Stay in India,Places to Visit in India,India Travel Guide,
Tagged:
#travel#independence #india#culture