My week in Cambodia

Before traveling to Cambodia it is important to understand that the country has a brutal civil war history and had to rebuild itself from scratch after the late 1970s. It was only by late 90s that some semblance of stability came into existence; hence compared to the neighboring countries Cambodia is still under developed. So the infrastructure and cleanliness is not as good as Thailand or even Vietnam. I entered the country from Siem Reap airport, visited the Angkor Wat temple complex, made way to South Cambodia to visit the Koh Rong Islands, used Shianoukville as pitstop for a night and left the country by bus into Vietnam. Some of the travelers I spoke to did telle me that Kep/Kampot is a laid back, picturesque and cheap countryside region, I unfortunately had to give the place a miss but I recommend you research and if time permits add it to your itinerary.

For Indians, visa is on arrival and Siem Reap is a very small airport and the entire process does not take more than 15 minutes. Cambodia uses USD as currency.

Tuk Tuks are available across Cambodia, most charge $1 to $2 for a distance for 2-4kms, but you need to bargain. Bicycles are available for hire in almost all the hotels/hostels

The night buses and the minivans are surprisingly clean and comfortable so use those instead of private taxis.

Beer is mostly $1 in most bars, cheaper if you buy in minimart. Food is priced anywhere between $1 to $4, I particularly liked the Loc Lac curry and Fish Amok in various places. Also half boiled eggs are a huge delicacy here.

The first day, I just explored Siem Reap on foot, visited a few Wats and chilled at the Pub Street. A lot of people had told me that one needs a minimum of 3 days to explore the Angkor Wat complex, well I finished it in a day the next day. I am not sure whether I had greater expectations or because having seen such fantastic ruins and temple complexes in India, I was not in awe. Apart from the Bayon temple, I really did not get motivated enough to spend time exploring the steps and corridors and rooms of any temples that were mostly devoid of any carvings or sculptures. I paid $15 for a full day tour of the complex in

I took a night sleeper bus from Siem Reap to Sihanoukville, reached by 6.30am and then took a ferry to Koh Touch. The beaches are beautiful and there are beach shacks and parties happening here, it is basically a place where you just chill and do nothing. Sihanouvkville is a small town with its beaches but not as clean and beautiful as the Koh Rong Island beaches. 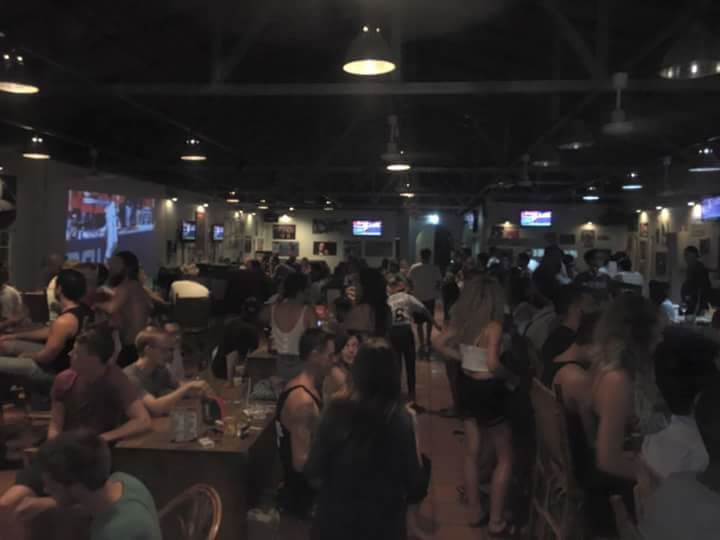