Nameri National Park: The Best of Both Worlds 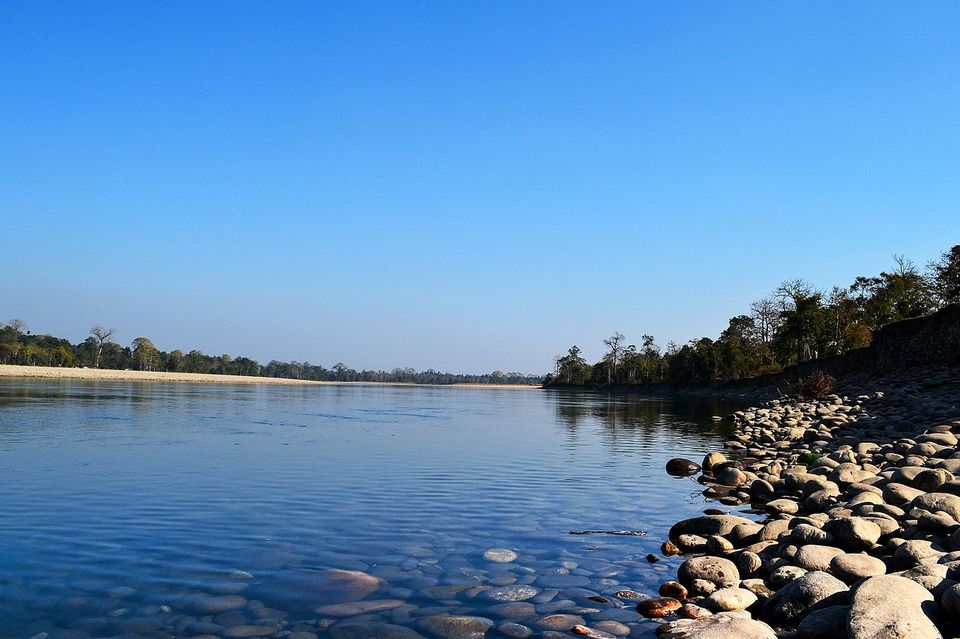 Sometimes, taking a moment to stop and appreciate something as ubiquitous as nature can make you feel like a tiny part of a massive universe. “Human tendency is such that when one experiences a moment of awe, he/she really looks forward to sharing that experience with others.” So here I am, sharing my awe-inspiring encounter with Mother Nature.

It was during my visit to Assam, last November, when I learnt about the Nameri National Park. Located at the foothills of the Eastern Himalayas in the Sonitpur District of Assam, this museum of wilderness (200 sq. kms) is about 35 kms away from Tezpur. I had taken a highly -rated cab from Guwahati to Tezpur. Sandwiched between the eastern border of the Assam valley and the mountainous Arunachal Pradesh, the drive from Tezpur to the hotel is past thick cane and bamboo vegetation before the road down to the lowlands, covered in the rough and tumble of stubbled grasslands.

Spread over 22 acres and surrounded by tea gardens, I can see this heritage hotel in Balipara, easily becoming a regular getaway. Fronted by a massive lawn interspersed with mature trees and decorative beds of seasonal flowers, the Wild Mahseer’s Heritage Bungalow’ was to be my home for the weekend. A whisper away from the Nameri National Park (30 minutes drive), the Bungalow is a peaceful place, retaining its connection to village life as well as the surrounding untamed wilderness.

After enjoying the mesmerising views and the local delicacies including the famous Bhut Jolokia chilli pickle (a drop of the pickle oil is enough for an entire plate of rice), I set out to explore this most scenic national park.

An Adventure on Foot

At 2 pm, I started the 5 km wildlife trail from Potasali Ghat through the abandoned channel of Jia Bhoroli river, natural salt licks (at Pung Nala) and patches of forested grassland. One interesting aspect about the Nameri National Park was that there were no jeep safaris. Instead, we walked the nature trail accompanied by an armed guard.

Sharing its northern boundary with the Pakhui (Pakke) Tiger Reserve of Arunachal Pradesh, the Nameri Park is a patchwork of lush green forests and wetlands. The tropical evergreen, semi-evergreen and moist deciduous forests with cane and bamboo brakes offered a hilly and dense backdrop to the clear waters of the Jia Bhoroli River (flowing along the park’s western and southern boundaries). The visuals of vibrant orchids at frequent intervals added a colourful flair to our journey, as we snaked through the dense thickets of bamboo stalks interspersing the open grassland.

Calling it a Day

When the sun called it a day, at around 5.30 pm, I wasn’t done exploring the little town. My expedition continued to the Addabarie Tea Estate, where I took a tour of the plantation and the factory, with a cup of hot tea in hand. On my way back, I also interacted with Assamese people from the tribal villages that surrounded the place, rendering it with a unique cultural diversity. These tribes reminded me of a simpler lifestyle wrapped in the warmth of traditions.

After an entire day spent wandering the forests, I had dinner and relaxed in my luxurious room with a book on Assamese local tribes, delving deeper into the history of the place.

Through the Mild Rapids

Next morning, amidst the fragrance of tea and the fresh morning breeze, I had my breakfast after which I left for the most awaited adventure of the excursion. It was time to explore the national park from a different perspective. It was rafting time!

Rafting through the mild rapids of the Jia Bhoroli River, I caught glimpses of animals drinking and bathing at the banks along with some rare bird species - a view that looked surreal against the calmness of the water. Against my expectations, the entire experience was more of a pleasure cruise than an adventurous tumble. With over 3 hours spent touring the 14 kms of the raft route, I was exhausted but still didn’t wish to leave this tranquility.

Inevitably, it was time to bid adieu to the place where I had experienced the best of both worlds - the luxury of living in a heritage bungalow juxtaposed against wild untamed nature; a place that straddled the steady grasslands of Assam as well as the rocky mountains of Arunachal.