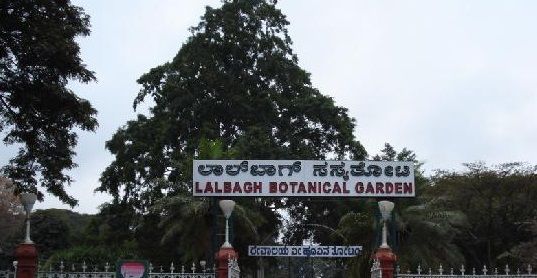 Everything in High Tech City, Bangalore is bigger markets, shopping malls, many theaters and chaïpolis dazzle. But there is another specialty in addition to all of them here that they are the Garden here, due to which it has got the title of Garden City. The names of names of many lakes in addition to Nandi Hills are also found in Places of Interest in Bangalore, first of all the Legislative Deals, Indira Gandhi Musical Fountain, Lal Bagh, Cubbon Park, Banaraghatta National Park (Zoo). If you speak here in the language of many places then the name of the lakes is also there. In Kannada, the lake is called Kere, so the names have been kept as such as Airere, Kalena Agargara Carey. The point is then that when I came to Bangalore initially I used to be bored at home many times. Then there was the sequence of where to go in this sequence. Thinking one day we went towards Lal Bagh. Its construction was started by King Haider Ali of Mysore, but the credit for making it complete goes to Tipu Sultan. Today this journey has to be more than four years and after this, many times the Lal Bagh is again known. Today, the special purpose of remembering the Lal Bagh is to present a ten-day flower show at the time of Independence Day and Gantantra Day. The crowd of people from far off places to see. Even today, this flower show, which is going on for ten days again, is going to be opened. That is why it is very important for you to have a glimpse of the flower show and Lal Bagh held in the last few years.

Lal Bagh, which is located near Wilson Gardens, is also known as Botanical Gardens. In addition to having a number of tropical plants in a garden spread over forty-nine acres, there are more than a thousand species of vegetation. It is spread over a large land area, the lake situated here is also a great way to make a full circle, though it becomes easy due to the shade of trees and the banquets made at a short distance. In addition to this, there are rocks located here, which are considered more than three thousand years old. It looks like they have to climb some plateau. Apart from this, there is a glass house where flower show is organized inside. Each time a different theme is kept in the show and the entire show is a main attraction made of flowers. As soon as they make a red fort from flowers, sometimes the Mysore Palace or the Bangalore Palace. Once the flower boat was floored and after that the shape of the metro train fitted with flowers was made. Till last year, the general ticket was ten rupees per person, but perhaps this time the flower show is being extended. What is the main attraction of this time, I will be able to tell it after going there, but before that you can see the flashes of the Lal Bagh and the flower show in the last few days-