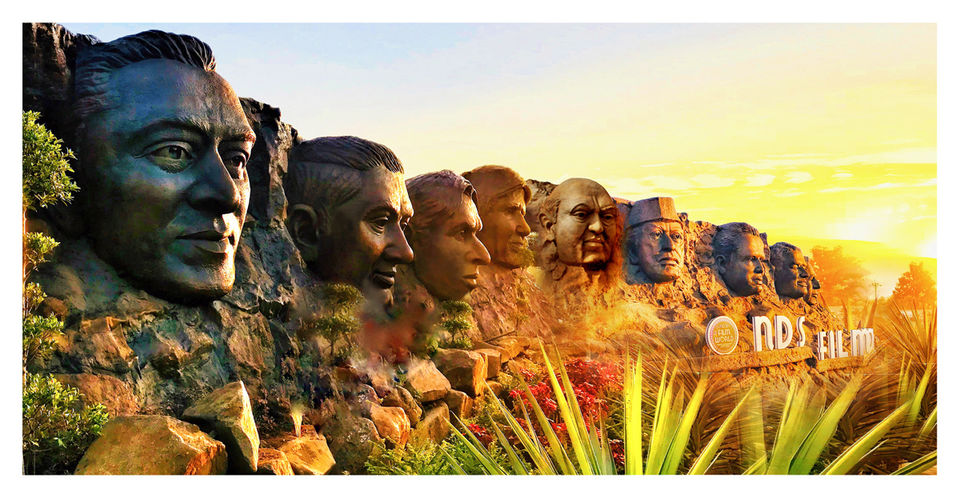 Ya, it's true, most of the shoots are done at huge studios that are present across the country. The studio based on the requirements can build huge sets and they look real to us when we see them in movies. One such studio worth mentioning is the ND studios located in Karjat, near to Mumbai and Pune.

ND studio is a film and television production established in 2005. ND Studios is co-owned by Nitin Chandrakant Desai and Reliance Entertainment. But you have to give it to Nitin Desai, that despite the fact he came from a humble beginning he had the guts to dream and then fulfill it.

The studio is spread over 52 acres and it offers indoor as well as outdoor shooting options. While on a trip to Mumbai, we had a chance to visit the famous ND Studios near Karjat.

Here's a glimpse of Travelet's visit to ND Studio -

There are a number of things that are being set up here. The first major thing that you would notice after entering into the studio is the large statues of elephants at the entrance along with the faces of eminent personalities from Bollywood.

Then as you will move forward on the left-hand side you will find the 'Filmy Deewar' with posters of Bollywood movies. It has a number of posters of movies till date along with the poster of the first Bollywood movie which was 'Raja Harishchandra'.

As you move forward you will reach the 'Times Square'. This place gives you the feel of the old bazaar in Delhi and also in here you have a huge set of Chhatrapati Shivaji Terminus which is one of the biggest railway stations of Mumbai. Also, the cafe used for shooting the famous song 'Main Badhiya Tu Bhi Badhiya' from movie Sanju is present here and it is named as the 'Retro Cafe'. A band of musicians is present here and they will play music for the visitors as they come.

Just near to the 'Times Square' you will get to see the set of a court and of a police station named as 'Jail Thana'.

As you move forward just next to the 'Sheesh Mahal' the 'Star House' is located. It is one of the best sites at the studio. Different wax statue of prominent personalities is kept here. It includes mostly Hollywood stars from different parts of the world.

After seeing the magnificent 'Star House' as you move forward you come across the huge sets of the village called 'Mera Gaon Mera Desh' and the 'Raigad Fort. Parts of the super hit films Satyam Shivam Sundaram and Lagaan were shot in the set of this village that has been set up here. The huge statue of Chhatrapati Shivaji Maharaj resembles the massive amount of respect of the masses towards him.

The set of the palace that has been seen in the Salman Khan starrer film Prem Ratan Dhan Payo is also present here.

The 'Dino Park' can be a major attraction for the children. Here the statue of the extinct Dinosaur species is being kept. Along with this, there is also a small set resembling the 'Chor Bazaar' near to the 'Fashion Street'.