Night at the Station 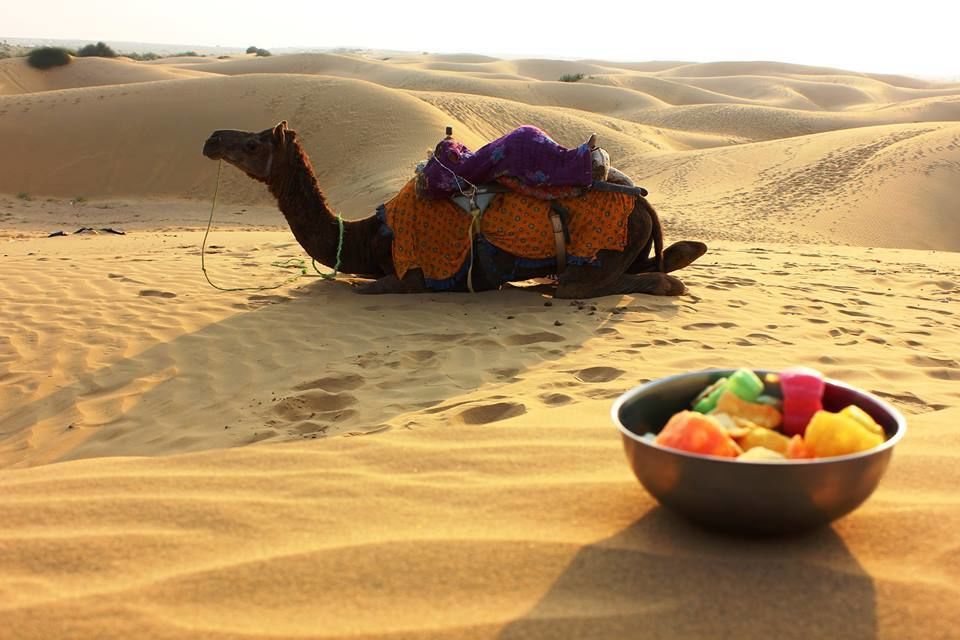 It was yet another solo trip. Rajasthan had always fascinated me. I had been to Jaipur once before but this time I was going to Jaisalmer, see the sand dunes and navigate a little farther into the interiors. I am a planner, and so was this trip – train tickets, hotel, everything was done weeks earlier. Yet, despite the meticulous planning I thought I did, I committed a blunder that ultimately let to this story.

I had two nights and three days in Jaisalmer. I was supposed to travel to Ajmer on the third night to catch up with my friend who was also travelling in some other part of Rajasthan. I loved everything about the city. It was quaint, unique and rustic in some ways. The fort was mesmerising – the hookah nooks and beer crannies, the countless rooftop restaurants (if the location wasn’t enough, their “FREE WiFi” signs were sure to attract you), the spectacular views, the palaces, the narrow winding pebbled streets – they were all unique and fresh in my experience. The lake was serene in the morning, and just as beautiful in the evening (yes, I went more than once), while the Havelis were interesting and dizzyingly crowded. I had the most fantastic time riding a camel on the sand dunes while making friends with a British couple who happened to be budding academics like me. Much as I wished to stay a day or two longer, I had to leave because I had plans made to visit the fabled Cattle Mela at Pushkar. 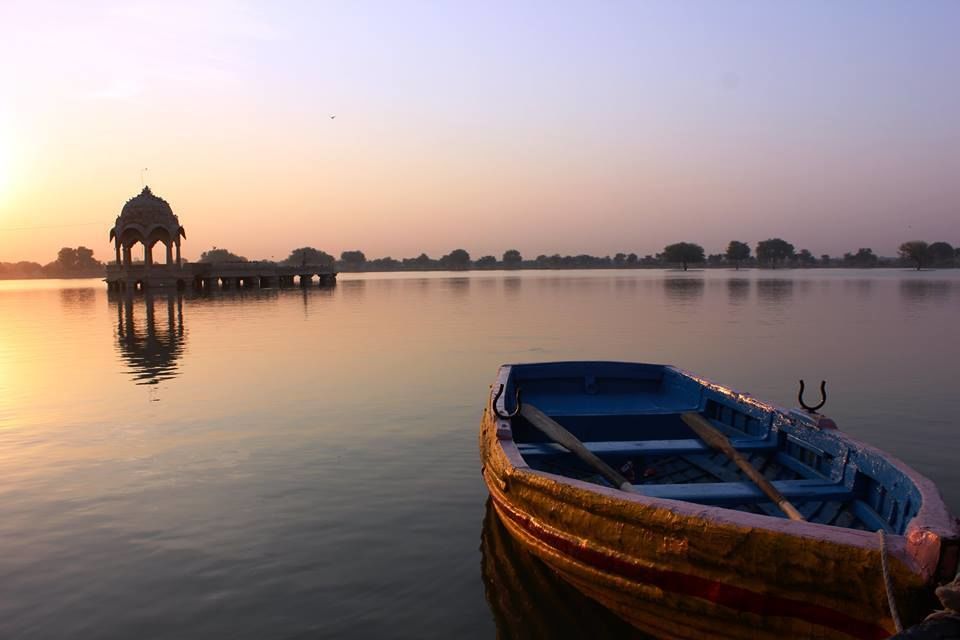 So on the third night, I had a train to catch. Only I didn’t.

My train was to leave at 00:45 a.m. The hotel graciously offered to drop me to the railway station in their safari jeep. The 15 minutes ride turned out to be an adventure in itself for the driver decided to use the deserted streets of Jaisalmer city into an impromptu racecourse of some sort. I had to hang in there – literally.

I was early to get to the station (obviously). And the train was late by a good hour an a half (a usual delay, I was told.) I had two hours to while away in that small, rather deserted(!) train station. I chose to occupy the bench towards the unroofed section of the platform. The view of the fort, the moonlit ambience and the cool desert breeze made the wait seem very doable at first. An hour later though proper ennui had descended, turning me into a cranky, restless passenger damning the typical apathy of the Indian Railways.

Once the train arrived, I wasted no time in boarding it to find my berth and go to bed. B-30 of Coach S2, Yes! Just as I was getting comfortable among the milling co-passengers, a little girl who must have been observing me said gently that that was their seat. I, in my patronising best dismissed her with a smile and asserted that the berth was mine while continuing to make my bed. She then alerted her father who now in his patronising best told me I should recheck my ticket as the seat was assigned to them as per theirs. I had to do that and did so gingerly. I had had a long night already and this mess was the last thing I needed.

Much to my utter horror and embarrassment, the father-daughter duo was right. The coveted berth would have been mine had it been the night before. That is right – my train had left the previous night while I was partying on the rooftop bar of my hotel. My train had reached New Delhi while I was frolicking in the sand dunes in Khuri. It would have reached its final destination while I was being given a traditional Rajasthani welcome to a cultural show and buffet earlier that evening. I had made the classic mistake of mis-booking the midnight train!

Of course I panicked. I remember thinking at least 10 things at a go. Where will I find a hotel now? Where can I find the Ticket Examiner and try to pay my way out of this? Will that work? How am I going to catch up with my friend in Ajmer? Am I not going to Pushkar anymore? All these were punctuated by one recurring thought: How could I be so stupid? And also the shame – to the little girl who I was sure was being lauded by her family for being cautious and smart; to the co-passengers watching, judging and thinking “what an ass”; and worst of all, to myself.

Someone suggested I go to the Superintendent’s counter and ask for help. And help I did ask for in the most helpless manner.

“Excuse me”, I said through the window grill to the man sitting at an official looking cluttered desk. There was another gentleman standing nearby looking like he was about to leave. A clerk lurked in the background doing something random I paid no attention to. The man sitting looked up though his rimless glasses. He was podgy and had a calm face.

“There has been slight confusion with my ticket,” I continued in English. I knew it was not “slight” nor a mere “confusion”. Yet I stood by my judgment of the situation. And this wasn’t my usual English either. It was unnecessarily more pronounced, rather deliberate and affected. Very quickly I realised that in my bid to appear genuinely lost, new, and helpless, I had automatically assumed an identity of a poor lost foreigner in a strange land not knowing the ways of his new surroundings. In my mind there was a repulsed voice telling me “you are a proper ass, indeed!”. But I couldn’t stop now. They took me with keen concern when I presented the whole story without once making seem like any of it was my fault. And I knew my little act worked when the standing man said “inhe samjhao yaar” to his sitting colleague. I stifled a laugh and kept my hopeless tourist face on.

The portly Superintendent patiently told me not to worry and that they will help. He asked me to “go to the counter next door and get a current ticket and come back” to him. His language was as measured and distinct as possible. Perhaps it was his attempt to ensure I understood him well. He also said everything twice. I got the current ticket, which I asked for in Hindi, and got back to the helpful officer. He then issued a voucher for me, assigned me a new berth and even directed me to the coach. As I thanked him for his kindness and walked away I realised no government official had ever spoken to me more politely than did the sweet fella that November night. Was I proud of what just transpired? Not really. But you can say I was certainly amused by it all.

This episode was indeed the highlight of my Jaisalmer trip. I will fondly cherish it as an incident that revealed a side of me that I had never seen before.