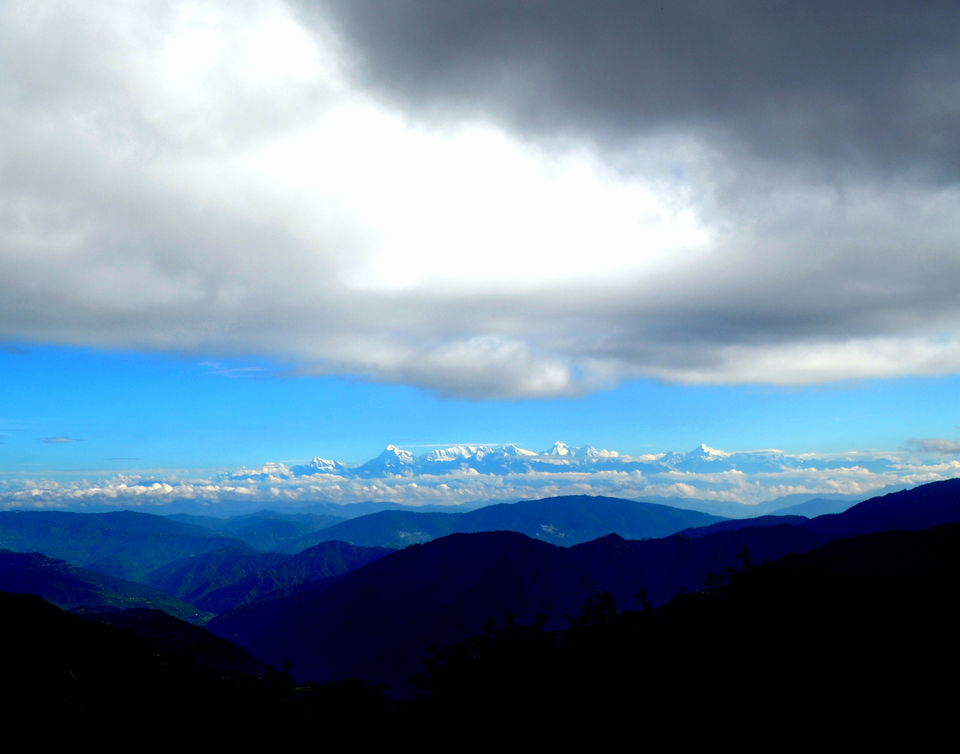 I am a mountain person. Now, do not get me wrong here. I do not , in particular, hate the beaches. I just happen to be in love with the mountains more, for now.Maybe.

Talking about mountains, a fortnight ago, I took a roadtrip across the valleys of Uttarakhand. There is a reason Uttarakhand is known as Devbhoomi. It’s mountains and valleys have been known as the abode of the Gods. And every second spent riding across the State, humbles you to the ground.

The idea has always been to make a minimum of three trips , a week to 10 days long , each, across every state in the country, and cover as much as possible. Since, it was my first time to Uttarakhand, I decided to do the valleys and leave the mountains for the next. Nainital, and Mukteshwar and places around it. Dehradun, Mussoorie and Dhanaulti. I decided to skip Haridwar and Rishikesh in this trip, because of two prime reasons, although they are along the same route. Firstly, they lift you to an entirely different mood , since they both are spiritual places and secondly, I believe they should be done separately from the valleys. Since , both the places, are just an overnight journey from Delhi, I decided to stick to doing the valleys and giving them a pass for now.

This year, the weather Gods have not been in a pleasant mood, hence, the flood and multiple landslides across the States. While riding across Uttarakhand, I did see a lot of landslides, some minor and could be ignored, while others very severe. The reason to bring this up early is to advise, everyone who rides, to be very very certain of wearing safety gears and armours, without any hesitation. Agreed, it becomes cumbersome at times, but it is always better to be safe now, rather than sorry later.

It is believed that the Naini Lake is one of the 64 Shakti Peeths, or religious sites where parts of the charred body of Sati (Parvati) fell on earth while being carried by Lord Shiva.[5] The spot where Sati's eyes (or Nain) fell, came to be called Nain-tal or lake of the eye (Check out the Wikipedia page for more details)

Nainital is like no other hill stations in India. This might come across as very debatable. Having ridden through the ladakh and spiti ranges, I did find a sharp contrast in the characteristics of the mountains from that in Himachal Pradesh. The mountains , here, are more dense, nevertheless, equally beautiful.

Since, I always travel on a budget, it is important for me to bring up the subject of accommodation facilities in and around the area. As everywhere else, we do have very luxurious resorts around the area. You could get some really good deals online on your pre bookings. I, however, decided to spend the night at a very modest hotel ( you could actually call it a guest house, and he cost was as low as rupees 400 per night). Make no mistake, it did have everything that you would need to recharge yourself at the end of the day, though. Less than 100 metres from Mall Road. You wake up to breath taking views of Nainital, covered in clouds. Sparkling green foliage all around you and fresh air to rejuvenate your self. The first thing I did in the morning was to setup the tripod and capture the beauty of Nainital playing hide and seek, under the clouds. It was heavenly.

I got my bike from a local dealer.A Royal Enfield Himalayan (details below). Riding is Uttarakhand is an absolute delight, as the roads are smooth and well maintained, the view is mesmerizing and there are a enough twisties to keep your soul alive, and fingers on the brakes, all the while.

Local sightseeing from Nainital includes the snow point, suicide point on one side. Barely a few kilometers from the lake, you get an experience of a sunrise like never before. You have an additional option of booking a tour cab, which is as cheap as rupees 600, and takes you around , everywhere.

The other side of the lake , leads you the Bhimtal, Sattal and Naukuchiatal.

Bhimtal is an ancient place named after Bhima of Mahabharata, with a temple in the centre.

Naukuchiatal or ‘lake of nine corners.

Sattal or Sat Tal ,an interconnected group of seven freshwater lakes. Take a boat ride , without fail. The dense forest covers around it is something you will not experience anywhere else in India.

The next morning, I started for Mukteshwar. Around 50 kilometres from Nainital, this is a gem of a ride. You find never ending curves, and the views keep on getting better, and second only to the ride from Mussoorie to Dhanaulti a couple of days after. Mukteshwar is where Jim Corbett encountered the man eating tigers, and accounts his experiences in the book, the Man-Eaters of Kumaon. The Mukteshwar Dham and the Chauli ki Jali are the major attractions. For folks interested in rappelling an rock climbing, Mukteshwar is near-paradise.

On the way back, visit the Ghorakhal Temple, know as the bell temple, with thousands of bells. Fun fact, scene of the temple in the movie Vivaah, starring Shahid Kapoor and Amrita Rao , was shot here.

Donot miss the apple orchards close by. Sometime, you could offer the guard a couple of hundreds and pick a couple of apples , freshly from the orchard. I tried and succeeded. Highly recommendable activity. Try not to be a rude about it though.

The local sight seeing in Dehradun includes the guchupani or the robbers’ cave and the shahastradhara.

One would find the Tapkeshwar Mahadeva Temple and the Drona Caves here. Also, you can find sulphur springs around. So do not mind taking a dip.

There is also an amusement park, which can probably be skipped.

Robbers’ cave is a natural cave formation, where river flows inside the cave.

The ride to Musoorie is like a ride to heaven, and the ride from there to Dhanulti, even better. You literally, feel like gliding over the clouds.

What I would suggest to everyone, is to take a ride to Mussoorie, spend some time at the Mall road, try some dishes at the restaurants, which are in abundance in Mussoorie, visit the Kempty Falls ( certainly , not the most majestic, since I have seen better, but then again, you are already here, so you should definitely see it), and then ride straightaway to Dhanaulti. Mussoorie is around 35 kms from Dehradun. And Dhanaulti, further 25 kms from Mussoorie. But the rides are simply beyond amazing.

I spent the night at Dhanaulti and I have never been more pleased with my decision. We stayed at a home stay for as cheap as rupees 400 for 2 persons and had the healthiest, I repeat, the healthiest meals of our lives, since they invited us to the farmland with them , and we literally got the cabbages from there for the soup. Also, the salad, was farm fresh.

The sunrise and the ride early morning, back to Dehradun, still haunts me, pleasantly.