Of Ganesh Bagh, Devangana and the forgotten history of Chitrakoot 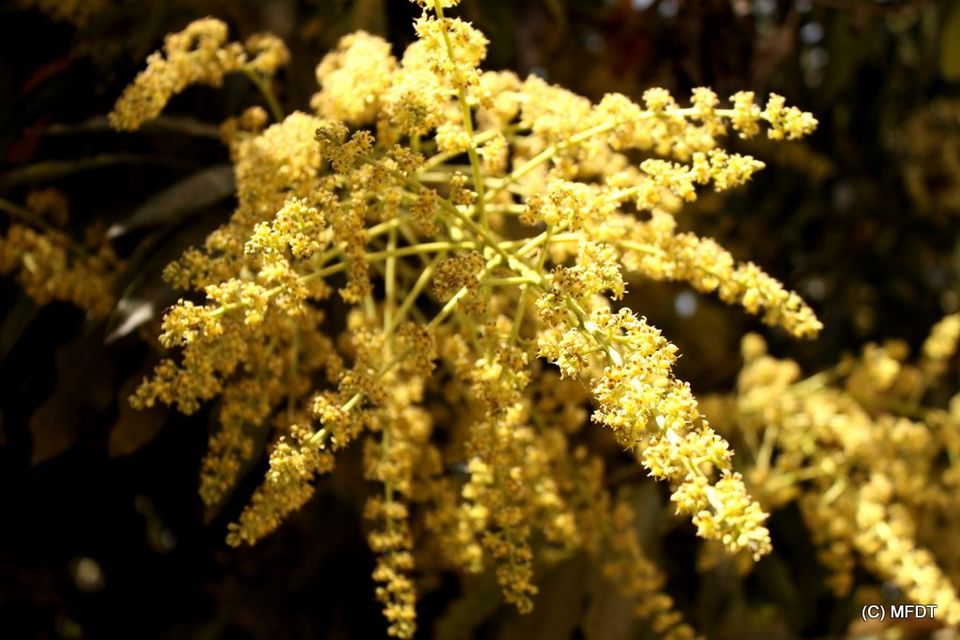 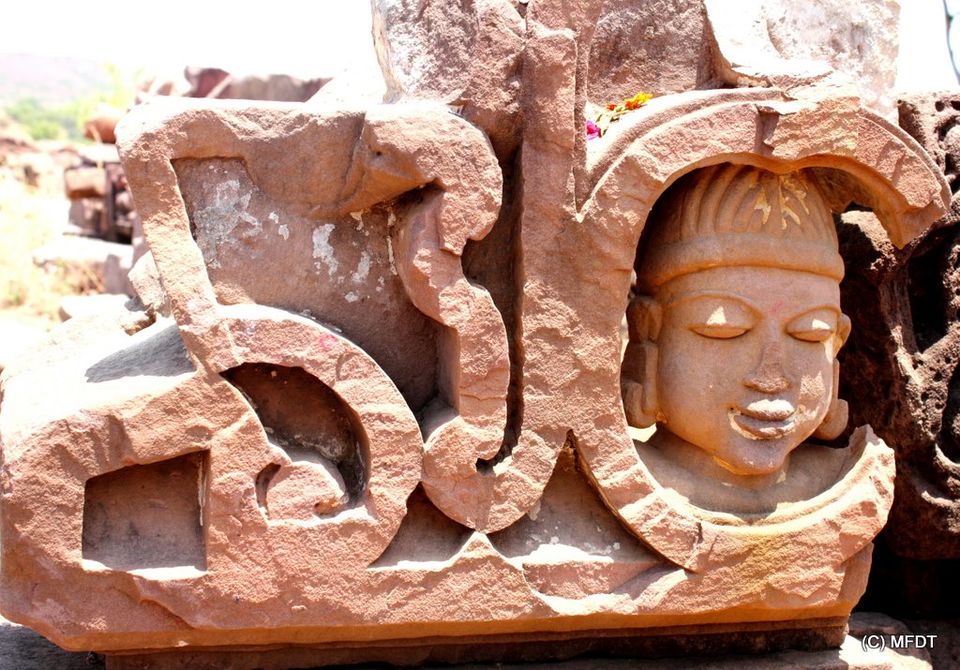 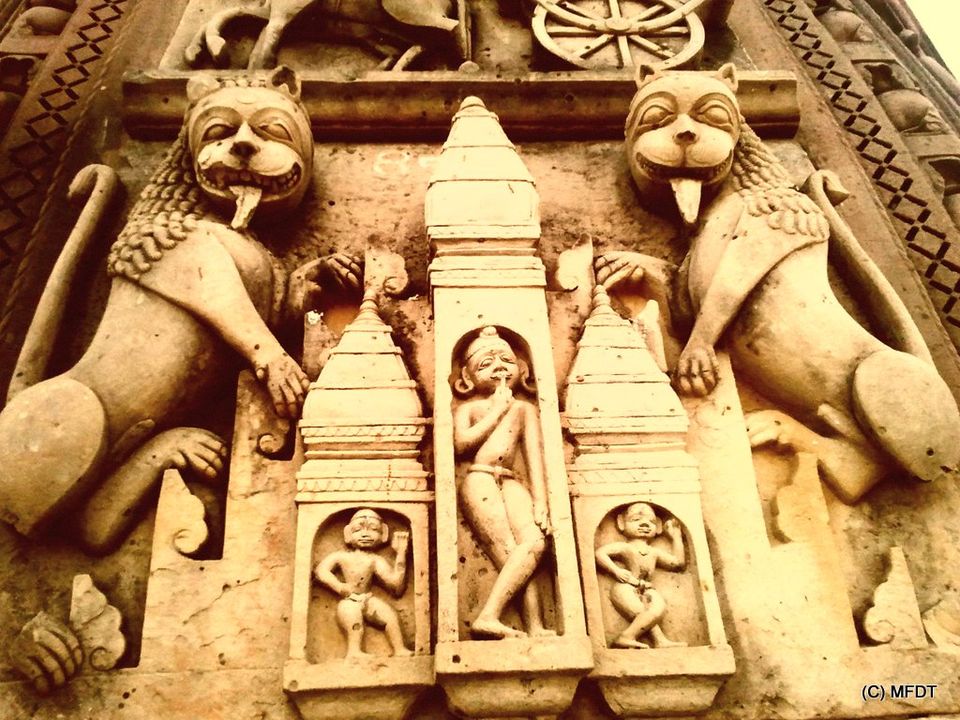 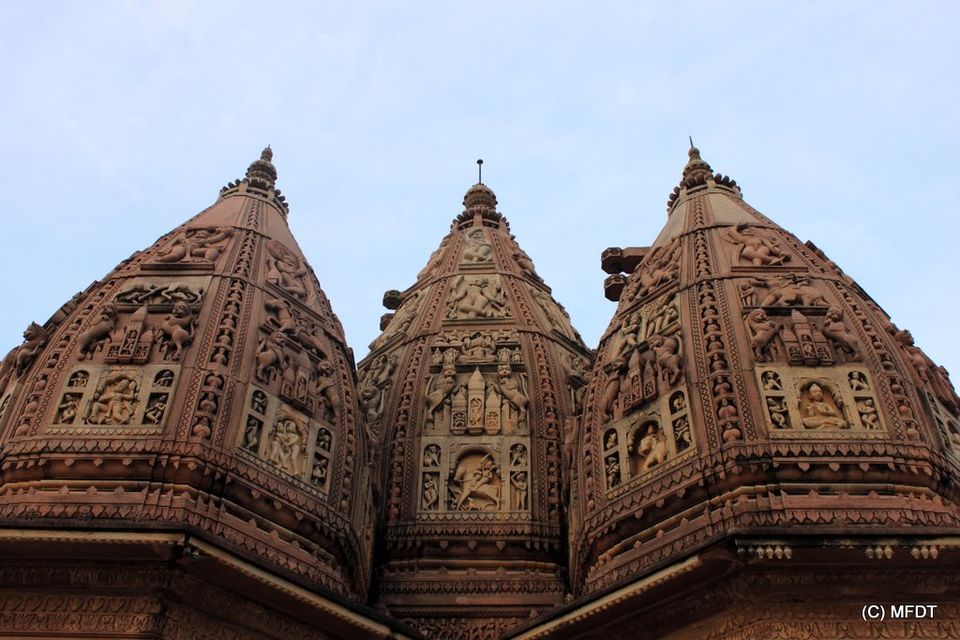 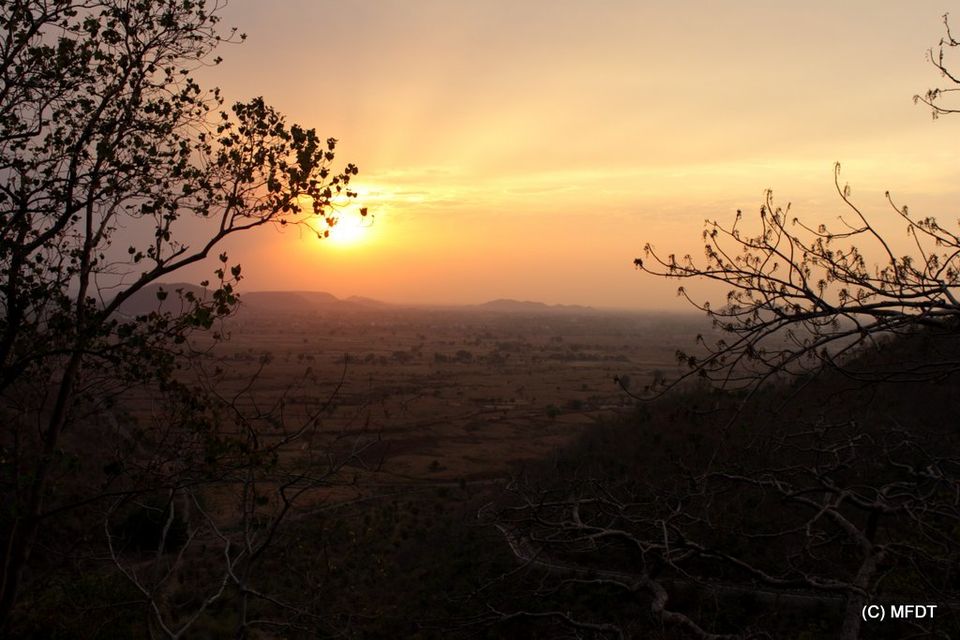 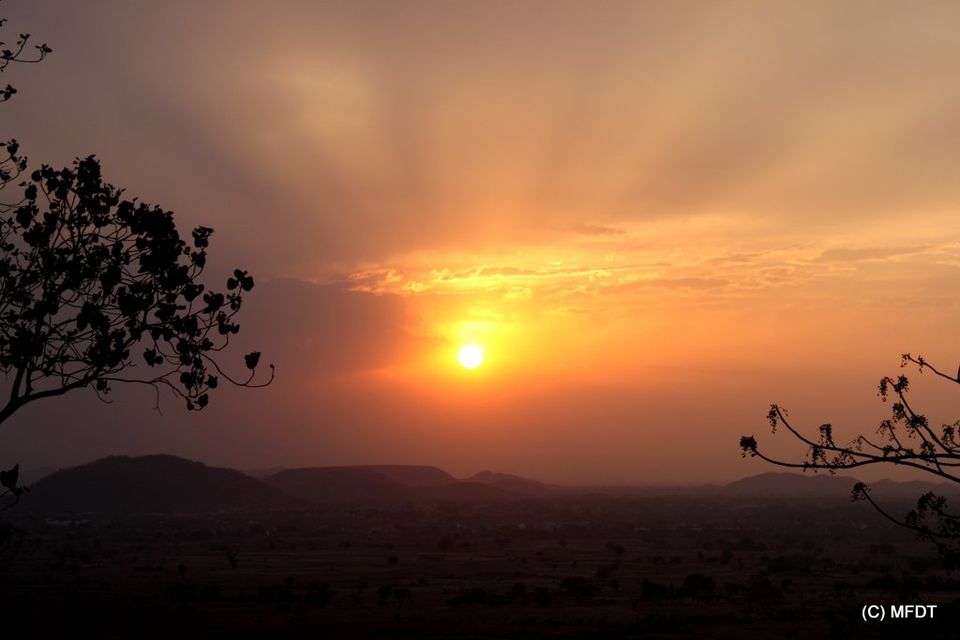 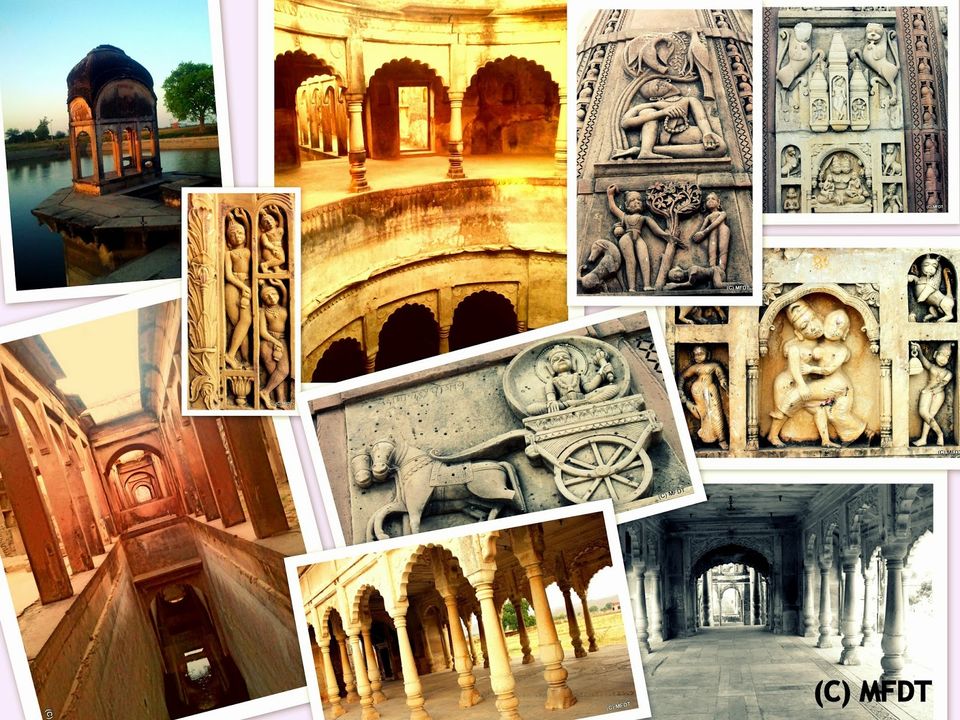 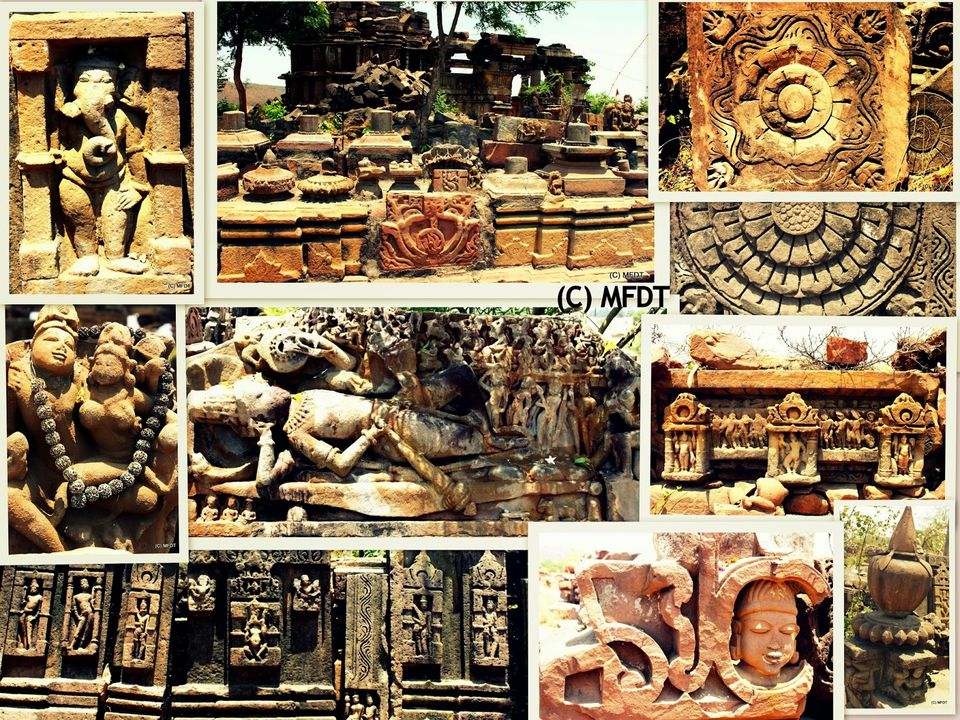 Till 1997, the district now known as Chitrakoot formed part of Banda district and since the very beginning (Banda had been the headquarter of Bundelkhand Agency districts organized by the British way back in 1811), Karwi had been the seat of a Joint Magistrate.

One such illustrious Joint Magistrate, whose named is etched in the annals of history was, Henry Edmund Cockerell of the Bengal Civil Service, who perished in the insurrection in the town of Banda on the 15th June 1857. He was 27 and was buried in the cemetery at St George's Church, Banda. Today while the region makes headlines for dacoits and farmer's suicides, the power and wealth of the erstwhile rulers can be estimated from the decade long case which dragged in the British Courts over the distribution of 'Banda and Karwi Booty'. And not just that, the town of Kirwee in New Zealand's Canterbury county was named after this ancient town by retired British Army colonel De Renzie Brett.

There has never been a day when we have not been reminded of the palatial Joint Magistrate's residence where the Collector currently lives. On some days, I can not help but reminisce about the mango blossoms, the ripe jack fruits and the rose-ringed parakeets- my fondest memories of Karwi. To us, the charm of the place was not merely on grounds of its religious importance (as the forest where Lord Rama, Lakshmana and Sita spent their years in exile), but also because of the sheer natural beauty of the place and the endless opportunities for explorations it afforded us..

Speaking of explorations, not many tourist itineraries mention the magnificent Maratha ruins of Ganesh Bagh. A quick peek into the history of the place throws up the name of Peshwa king Vinayak Rao who built this place in the early 1800s possibly as a sporting retreat. It is also common knowledge that Karwi was a strong bastion of Marathas till the began to cede their territories to the English over time in pursuance of the Treaty of Bassein (1802). Today, despite being a ASI 'protected monument', while the complex has fallen into a state of disrepair, the sheer grandeur of the surviving buildings is more than enough to overawe and stun the rare visitor. The temple dedicated to Lord Shiva, the seven storeyed step-well, the chhatris overlooking the temple pond, the colonnaded courtyard and the richly sculpted walls of the complex bear a silent testimony to the splendor of the bygone days.

As one goes further down the road from Ganesh Bagh past the Collectorate and the newly built District Hospital, one finds oneself being drawn closer to the blue hills which surround the entire countryside in Chitrakoot. As the road slowly begins to wind, it gives the feeling of visiting a hill station in India and sometimes when low clouds float close to these hills, one wishes the moment could last forever.True to the feeling it evokes, these low spurs of the mighty Vindhyas are known as Devangana (courtyard of Gods) Ghati locally. The sunset and sunrise are a joy to watch from Devangana and rarely would one get to see such a beautiful star-lit sky as the one we saw!!!

Yet another hidden treasure of the district we could not stop thinking about for days on end is a dilapidated but richly ornate Shiva temple in the village Char, around 4-5 kms from Karwi. Unlike Ganesh Bagh, this temple still has its sanctum sanctorum intact and is still in use for religious purposes.  Strangely though, some people even refer to it as 'Aurangzeb Ka Mandir'. While the architecture clearly conveys Chandela origins of the temple, what seems plausible though is that the temple could have been spared destruction by Aurangzeb. Today however, even that can not be claimed given the poor condition in which the priceless sculptures are lying strewn about in the temple complex. The temple has not been afforded any 'protection' by any conservation /restoration agency and whatever little survives to this day, is the handiwork of the sadhus and the local villagers alike.

Having seen other Chandela temples in Bundelkhand, while one could always consider them capable of imparting life like fluidity to stone sculptures of gods and goddesses, till the day I saw it in Char, I could never imagine an entire Kalash with coconut on top being sculpted in stone with impeccable symmetry (bottom right)!! I wish I could fit in all such awe-inspiring sculptures in this single blog post, but the pictures will never do justice to their actual beauty.

In fact, while writing about the formidable fort of Kalinjar, I had wondered why despite being such an important shrine of Lord Shiva, it has not yet emerged as one of the top Shaivite destinations in the country. Today, while writing this post, I  once again realized, not just Kalinjar but most of the temples in this region are dedicated to Lord Shiva and if visitors start trickling in, perhaps the authorities too will take note of these hidden gems.

While Amish's Shiva trilogy is quickly lapped up by readers across the country, one hopes these forgotten relics too will get their due one day for whatever reasons it might be.