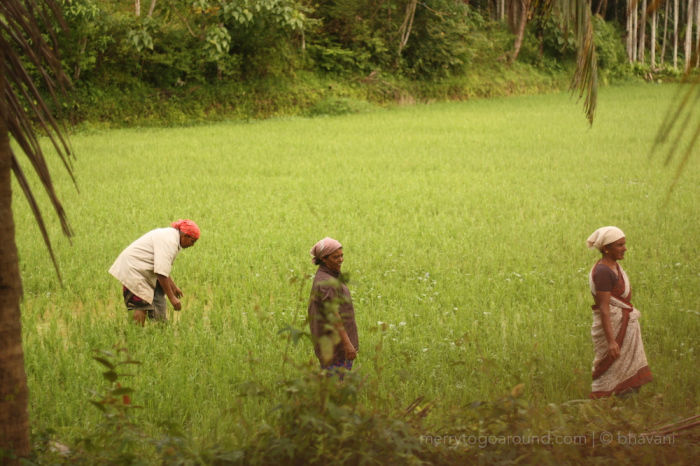 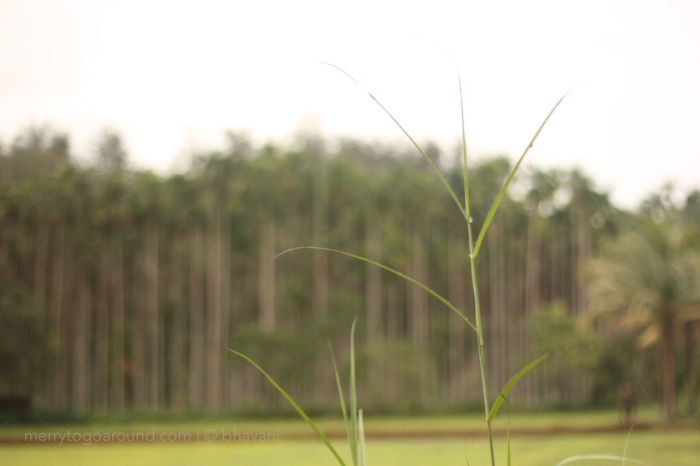 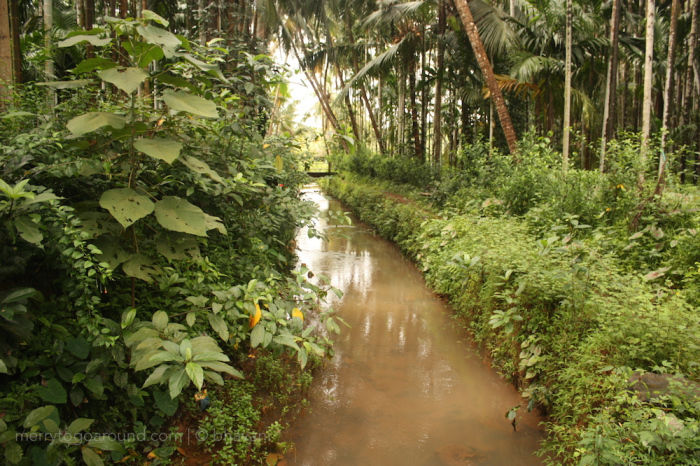 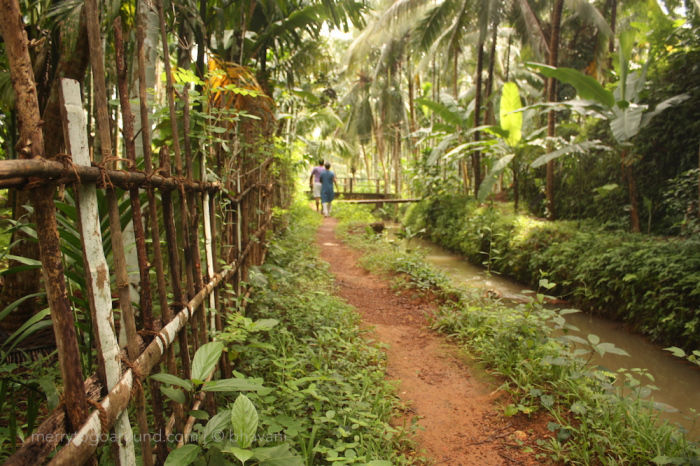 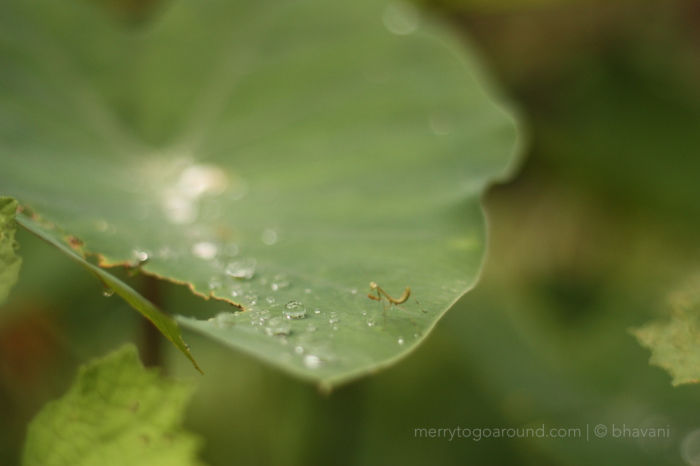 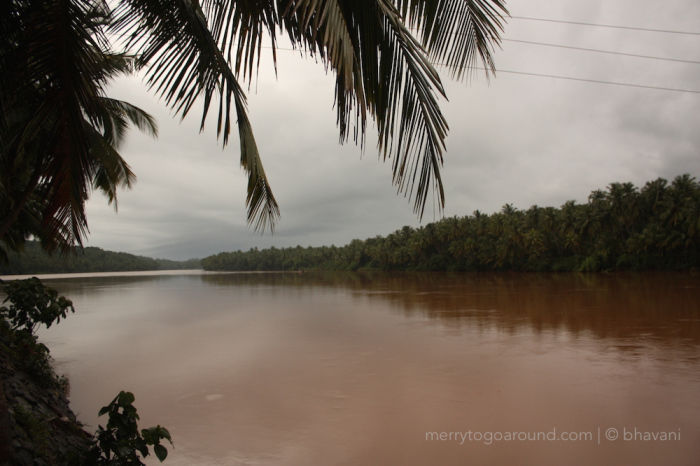 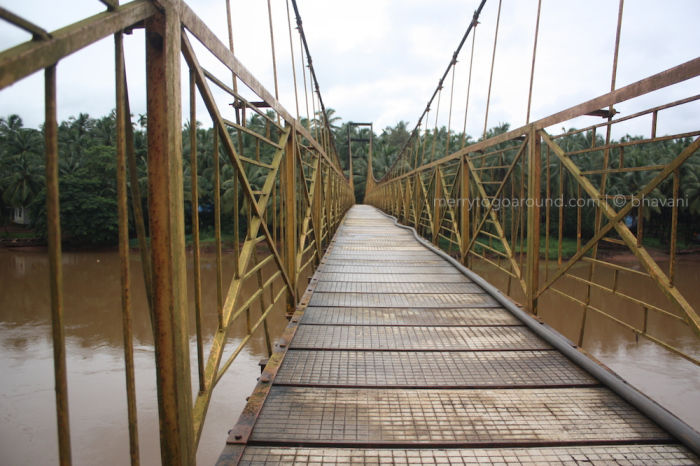 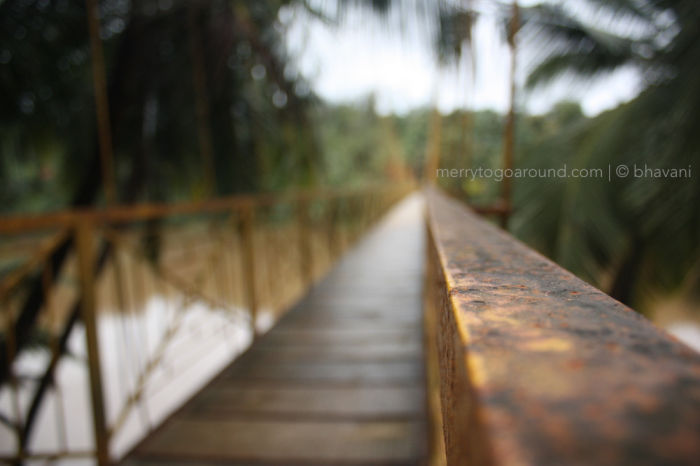 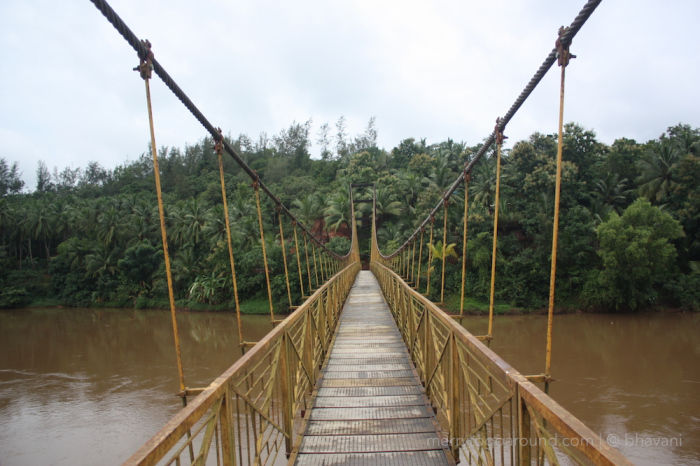 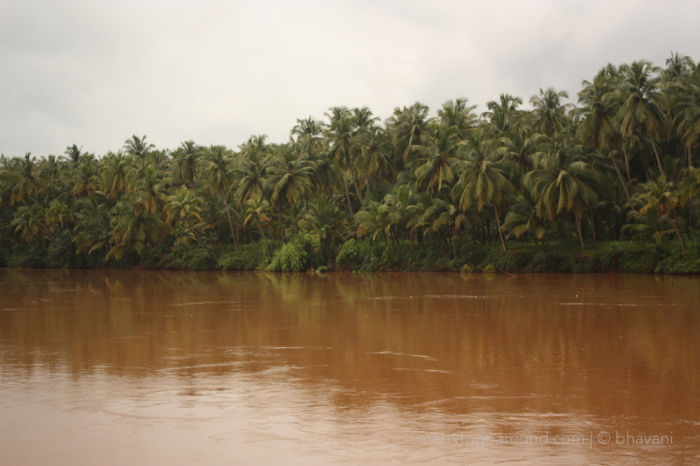 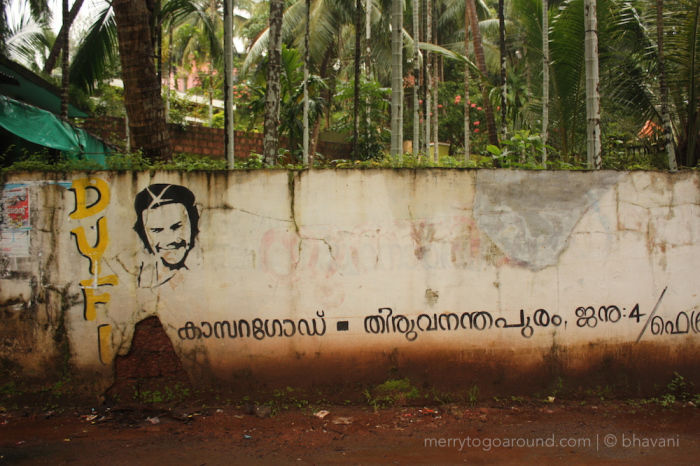 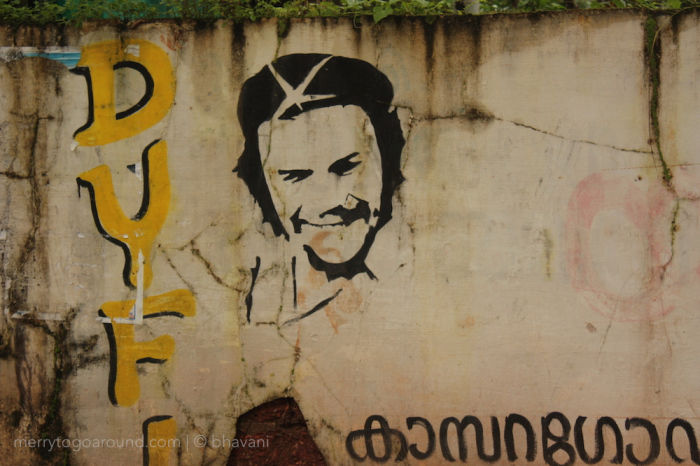 I like walking around villages and the back-roads, chucking the route the car would take and just walking till I find my way home. And rural Kerala, or maybe all villages, just cough up such trails effortlessly. Years ago, we’d walked around the farmland at Kooderi Manna and reached a railway track. A city-bred me had never placed a coin and watched a train rush over it, flattening it to a thinness that was, at that time, unbelievable; a papad like crispness with the mild curve of the track imprinted forever. The coin, now useless as money, would move to an elevated status of a memorabilia which was, of course, priceless. I liked the idea of a measly one rupee coin or one of an even lower denomination gaining so much importance. And I wanted one such papad-like coin for myself, but no train passed by that day and anyway, I had no money on me.

On another such Kerala trip, again in the Northern parts of the state, we walked from the homestay to the nearby river. It was a glorious September day, with the clouds still hanging around, not yet sure if they had outstayed their welcome. We walked along tiny canals and tripped over lazy man-made roads, the green of Kerala was just another green.

The route was through the paddy fields and we watched the women bent over, immersed in their morning routine. Our host told us about how they would take care of the bugs- by walking through with the rope in their hands, running it through the length of the paddy. The insects and bugs would fall into the water and drown or be eaten by frogs- some form of an eco-friendly pest-control. There were special songs that would be sung as these women walked through the fields again and again. He spoke about how these traditions were now fading away, forgotten with every generation. We walked along a tiny stream and crossed over on temporary bridges that had over time become permanent, from blocks of cement to the trunk of a tree, until we reached the large, expansive and muddy river. There we paused, chatted, waiting as the rain came down in gentle droplets and then turned and walked back the way we had reached there. There was no larger purpose but a walk around the village and yet it felt very fulfilling. And my just like repeating that route, by walking down a pathway again, it meant that I wouldn’t forget those sights and sounds, almost the way I learnt my lessons by rote.

If you find yourself in a village, in a small town, with nothing on the horizon to occupy a morning or an evening, walk. Just walk. And then walk some more.