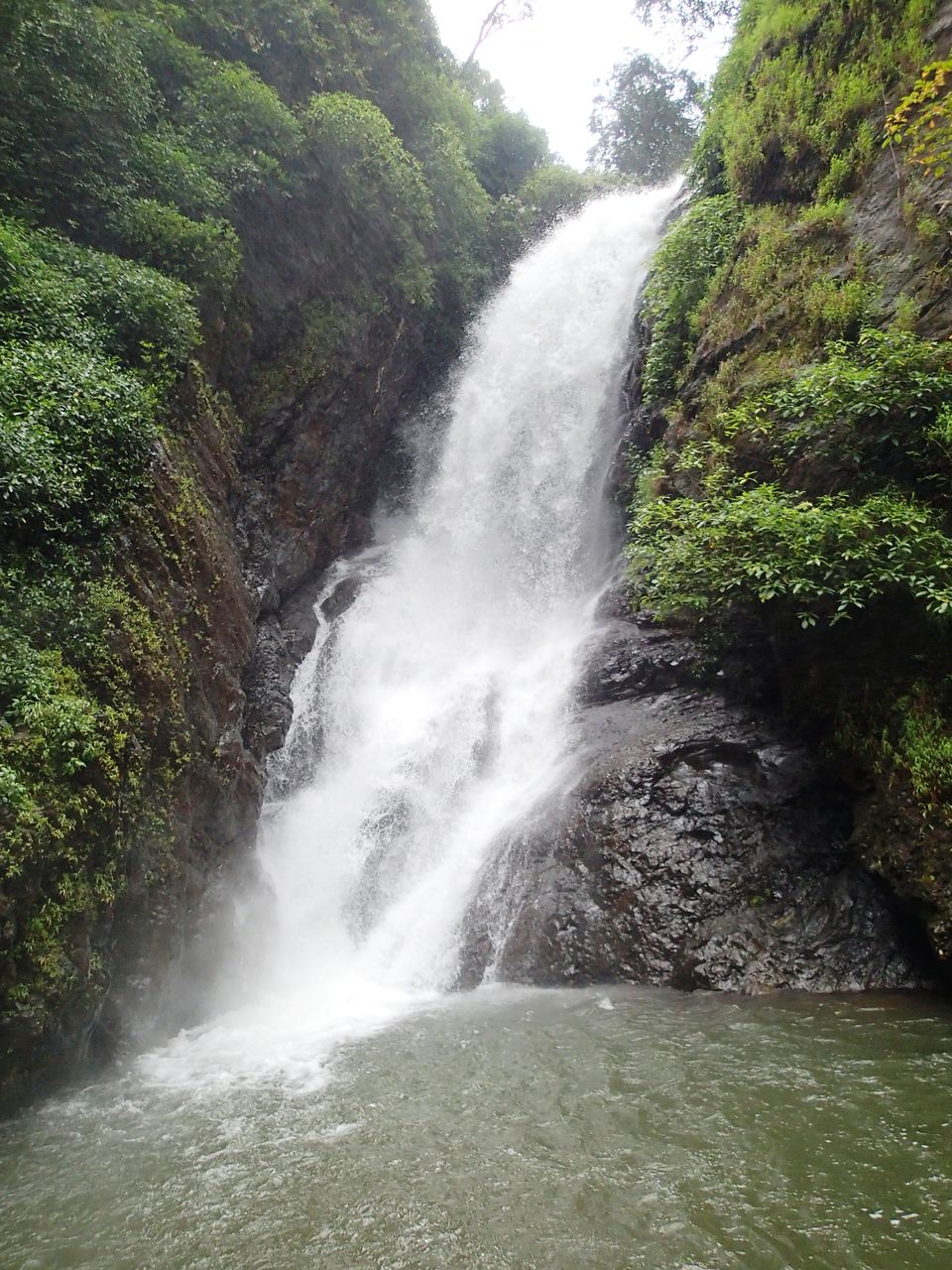 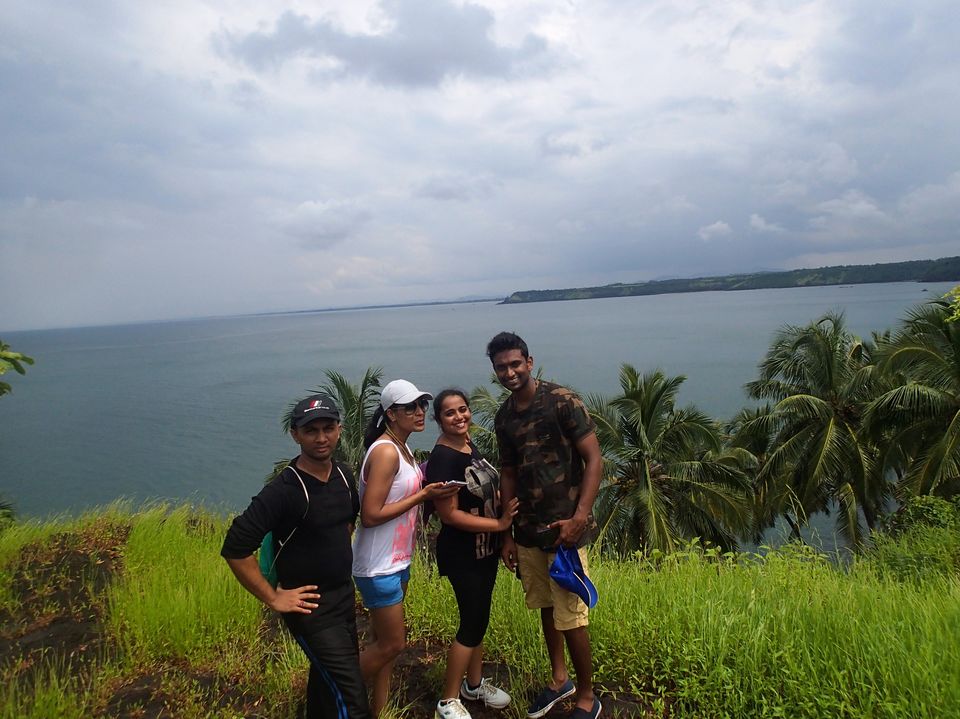 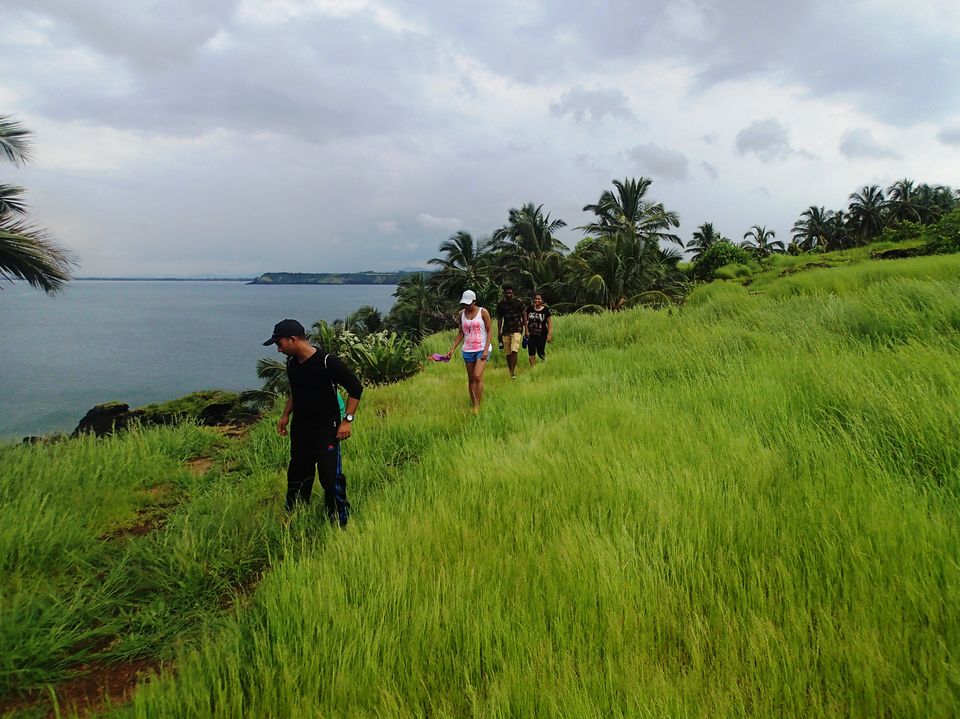 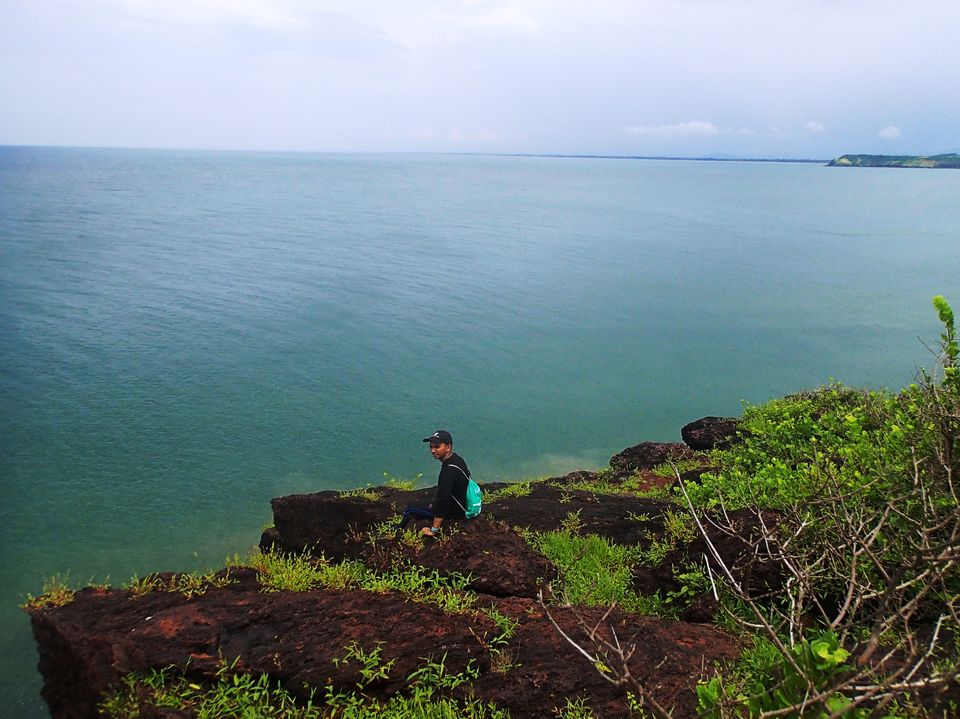 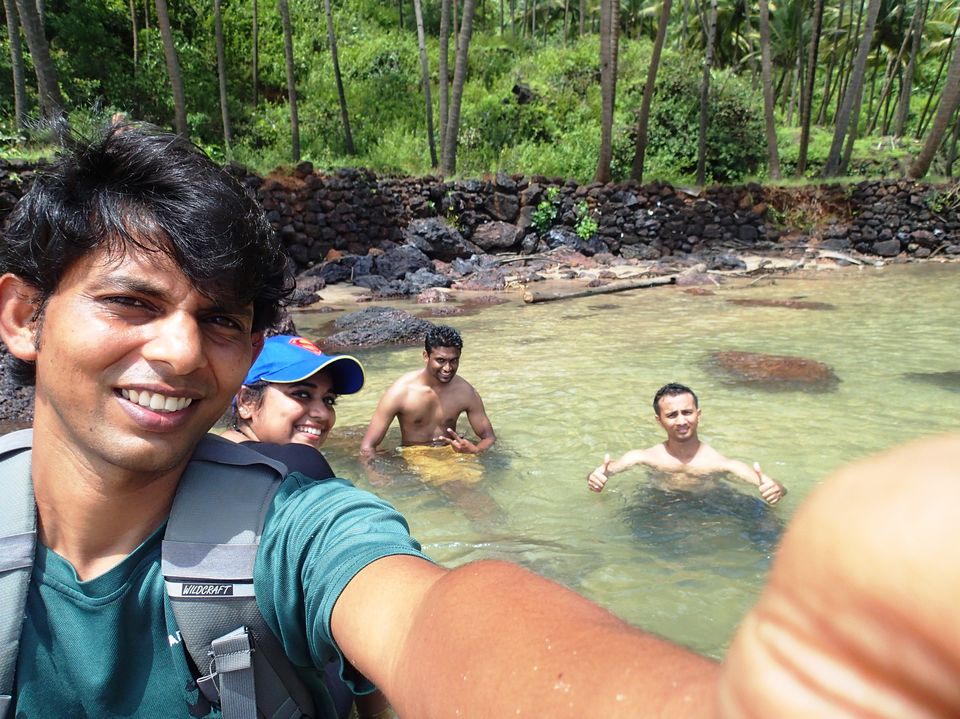 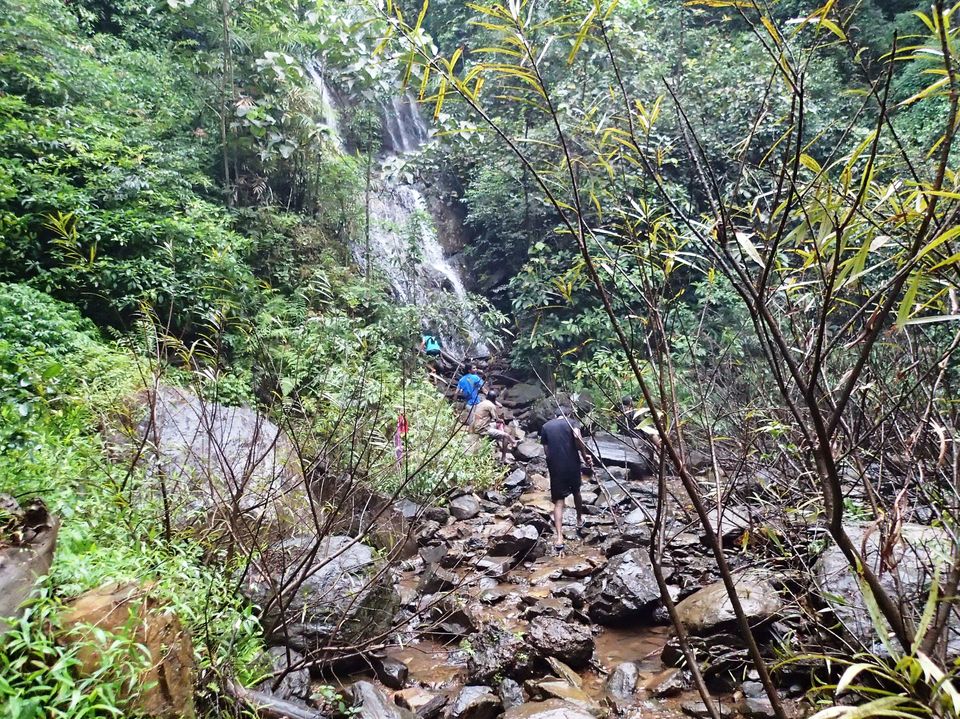 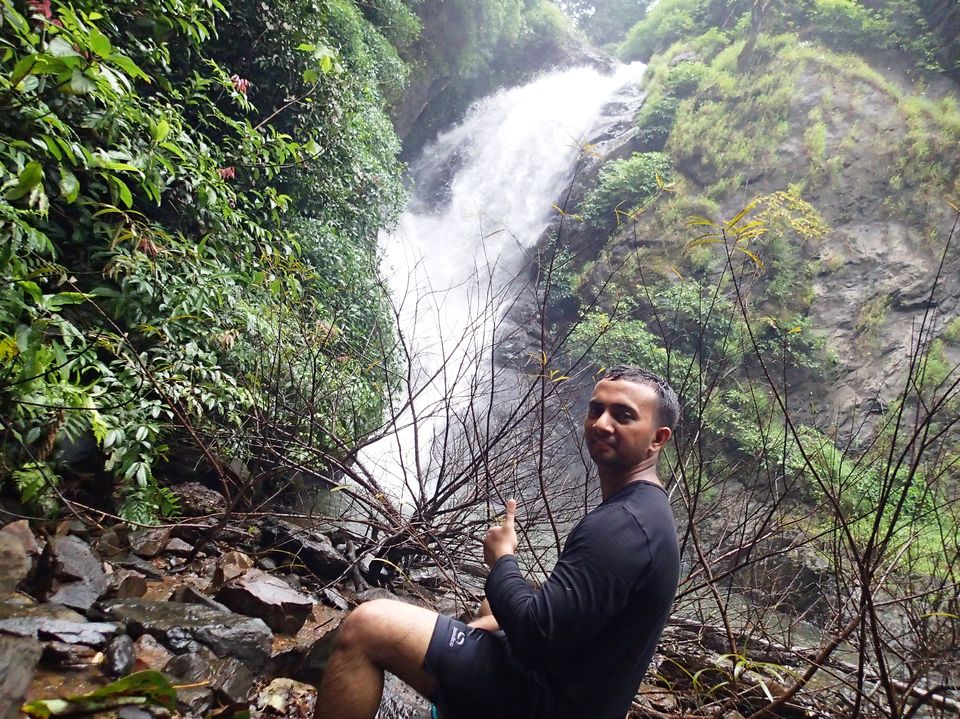 As we all know about Goa, an exotic destination for lavish holidays, upmarket parties, an ideal place to get drunk, or to just lay your body over the beach if not anything else. Oh! I forgot to mention the Sunburn festival: the ideal place to spend your New Year. Little to everyone’s knowledge Goa also offers some of the best adventure activities in the country courtesy its geographical location and the blessings Goa received from nature. My small extended weekend off during the Autumn of 2015 was more or less an endeavor to get my mind off from work and to challenge my adrenaline a little and experience something which is really offtrail in such a destination. 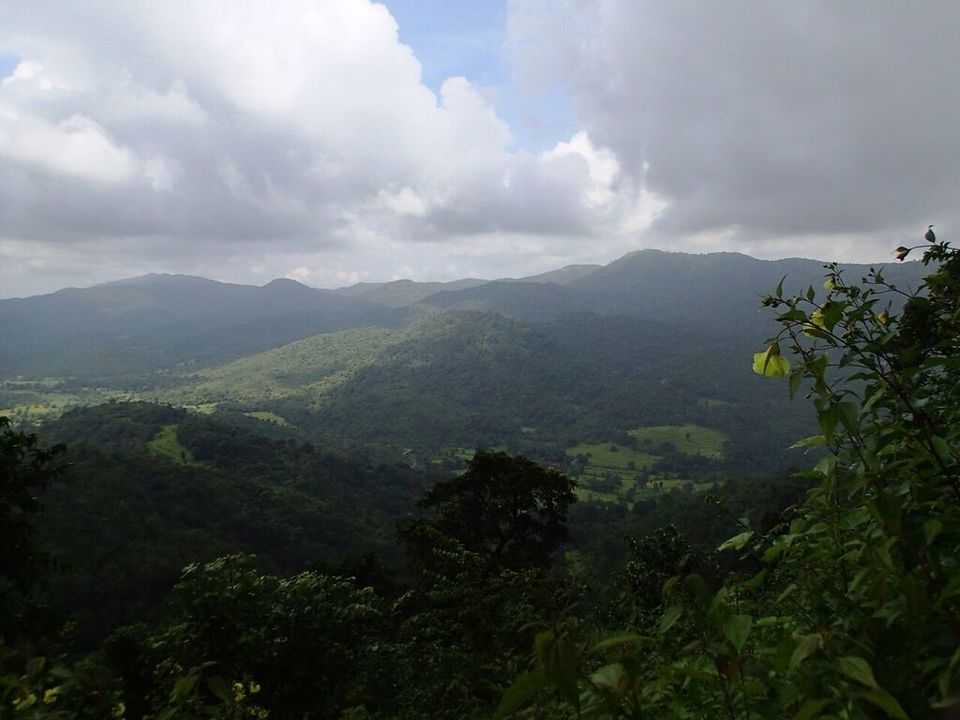 Interestingly, a lot of people will debate that Goa is suited to go around December and January. As it appears that rains still do play a bit of spoil sport around the Indian western ghat during later part of September and early October, lot of people don't chose to go during that particular period. However, adventurists and photographers will disagree to this, whether convenience to wander and explore through the hills and jungles as well as to take the perfect shot in the wide vicinity of the nature, monsoon is henceforth becomes the best time to pack for Goa. Also to be noted, the exorbitant hotel tariffs one would avoid if peak season travel is avoided.

Our trip started from Panjim where we would spend the next two nights and three mornings trekking and exploring some of the less visited Goan beaches, waterfall and mountains.

From Panjim, we drove off to Nuvem to start our trek to the Cabo de Rama Fort. Cabo de Rama fort is situated in the Cancona area and is the largest and one of the oldest forts of Goa. It is to be said that this place became a home to Rama and his beloved wife Sita during their fourteen-year exile from Ayodhya. The beach around the Fort has been since the ancient times. The fortress was built by Hindu rulers, but during the medieval period history it passed it passed to Muslims and later on hand to hand from Portuguese to the British rulers.

Nevertheless, Cabo de Rama Fort is a very attractive touristic attraction. if you start to trek at 10 in the morning at move gradually you would reach there before lunch time.

This one of a kind trek will involve brushing through the bushes in jungle walking along the coastal streams, encountering a variety of flora and fauna. Post reaching the fort and spending quality time, we headed off to the Cola beach where we were to camp in a private beach. From Cabo de Rama, it takes about 3.5 hours of trek but since it’s basically walking downwards one may never feel the tiredness. That private beach was unique in one sense or the other, I have never been into a place before where waterfall actually gets to meet the sea.

This is also one of the quite tricky treks to do but worth it, this climb is inclined and would challenge your back quite a bit. You will cross some natural streams, which are just ankle-deep. As you move along, you will reach another isolated tribal village hidden deep in the jungle on top of the hill called Avlem Top.

From here you will get a panoramic view of the rolling Western Ghats, also known as Sahyadri Hills. On the Avlem Hills, you will notice, which were built way back during the Portuguese rule.

Avlem Hill takes about 3 hours to reach the top and the level is easy to moderate. We were fairly slow to move but if you’re rapid enough, you might knock it off in two hours or so.

Look out for the insects which gets stuck around your legs. This is usually noticeable during the monsoon period and you might encounter them on your way back from Avlem through the jungle. Although I found them harmless and it may just suck hardly a millilitre of your blood, people often finds them irritating if it’s still around your leg.

Day three would be a rather different experience, as we were to venture into the popular Cotigaon Wildlife Park. Kuskem Waterfalls, was it. The twin waterfalls is not on everybody's bucket list but if done can provide an enthralling experience. The challenge is usually pretty sweet if you are not a regular trekker or a mountaineer it will test your balance and griping in slippery boulders.

The Kuskem waterfall is located in the Canacona district in South Goa. It is situated in idyllic Kuskem village at about 20 km from the Cotigaon wildlife sanctuary off NH 17.

The waterfall is best visited only during the rainy season as it dries out during the summers. The water falls from a lofty source leaving a clear leap of milky water.

Kuskem is located at around 12km from the entry point of the Cotigaon Wildlife sanctuary. It is an ideal place to unwind and for accommodation one can tent in the adjacent village. A pro tip would be to be smart enough to go into one of the villagers residence and freely ask for a one stay (provided you have your own sleeping bags), I was lucky enough to get accommodated with my group in such a home.

One can also visit an ancient temple nearby which is well worth exploring. The Kuskem waterfall can be visited whilst on the way to the Cotigaon Wildlife Sanctuary.