A day trek to Tadiandamol

136kms drive from Mysore. 263kms from Bangalore. One day or half day trek. 7-8 Kms two way distance which would take 3-4.5 hours. Suggested to go in the spring or rainy season.  Start Trekking as early as possible since it will be tiring to trek once the sun rises.If you reach the top early, you will be lucky enough to witness sunrise between mountains. There's a check point by forest department of Karnataka which charges nominal fee of 20rs per person were your basic details of name, mobile number and address are noted and they make sure you sign once you reach back. That's good thing about safety. I suggest not to dispose any plastic during the trek and it's always advised not to carry plastic during trek. Save nature. It's ours.

Plan for the weekend was to reach Kodachadri hills, the darkest place in South India with motor cycle touring club named Enfield Monsters MTC based in Mysuru.  My bike's broke down, I couldn't join the ride. As a rider and traveller, it really feels bad for missing such place, Tadiandamol was in my mind from quite sometime. So decided to reach there Saturday night on my RE classic 350, 136 Kms drive from Mysuru. The road to Tadiandamol is quite good but the way to the cottage is off-road for about 0.5 Kms, most of the cars I noticed were parked just before that tough road, since I enjoy such trials, managed to reach the cottage safely after few jerks. There's a little chance to fall off the bike if first timers. This was my solo trip for the first time ever.  Had stayed at a cottage called west wind cottage, Tadiandamol. Had dinner at the cottage and slept off so that I can start off early in the morning.

I had never expected the cottage guys would wake me up with a bed coffee and as promised by Kumar Anna(Helper at Cottage)  last night, he woke me up at 530 and asked me to start as early as possible with Water bottle and preferably less luggage. Then comes the beauty of the trip, I knew Coorg is an awesome place but never expected it to be this wonderful. Since I started alone I was worried in the beginning. I almost reached half way (4-5 kms  one way). Was little scared since I couldn't see any one until I reached the top, was even worried if it was the right way. Seeing few people I felt relaxed and continued my journey. Met few beautiful people from Mysore and Bangalore. From then I continued with those group of people till the end of my trek. It was around 7-9 Kms two way, which took us 3-3.5 hours. Once the trek is done, you still have half a day to explore places like dubare elephant camping and river rafting near khushalnagar on your way back to Mysore or Bangalore.

I would strongly suggest the cottage West wind, which is the closest place to stay from the starting point if the trek, please don't miss the early morning view of coorg town . This view  point would be  found when you just step out of the cottage's entrance. The cottage has enough space to park 2/4 wheeler vehicles. The highlight of he cottage is the campfireire and the home food they serve (which includes in the package itself). Charge at the cottage was 1000 rs which included accommodation and food for 3 times in a day. 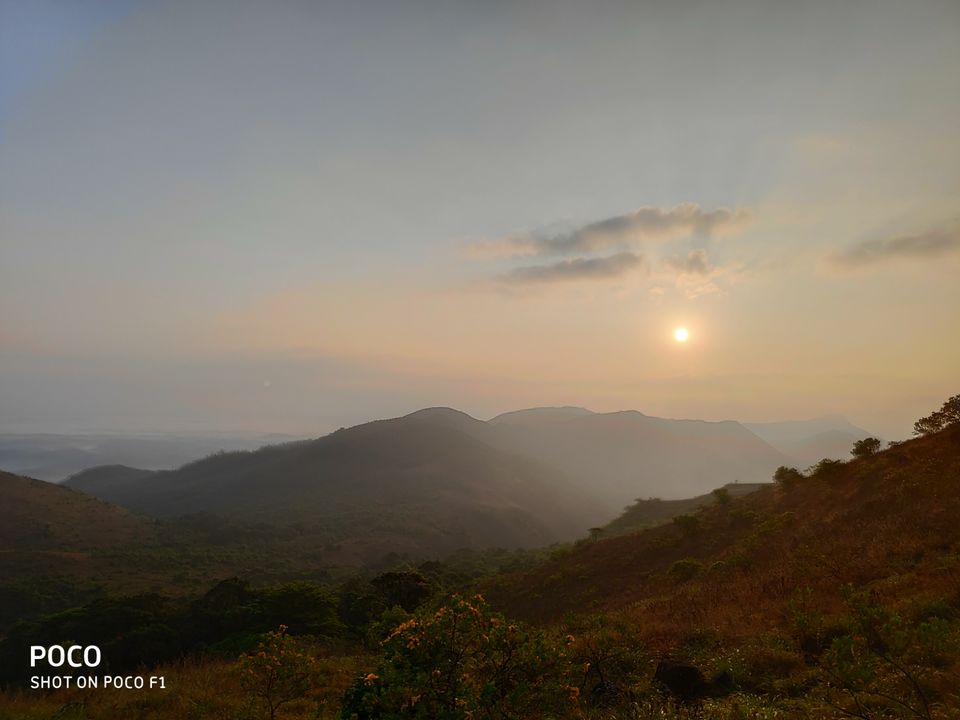 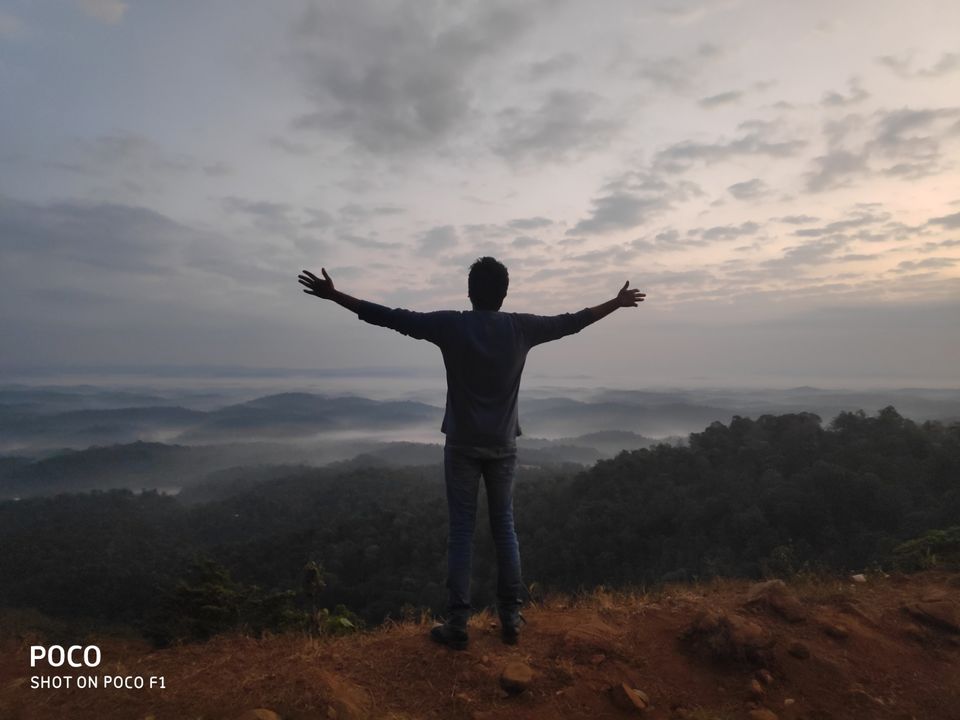 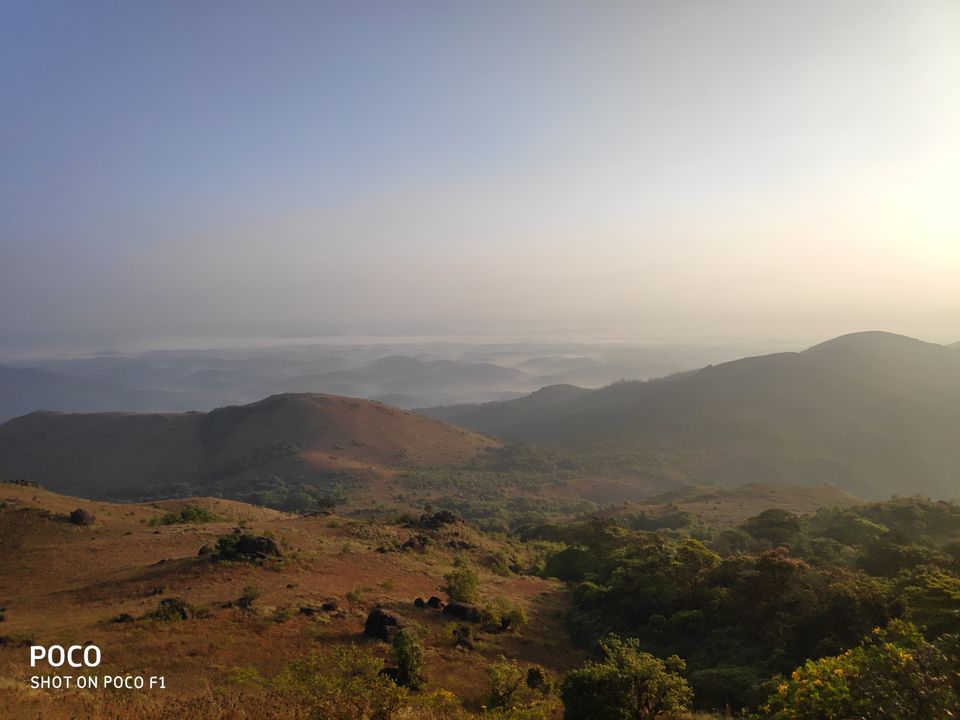 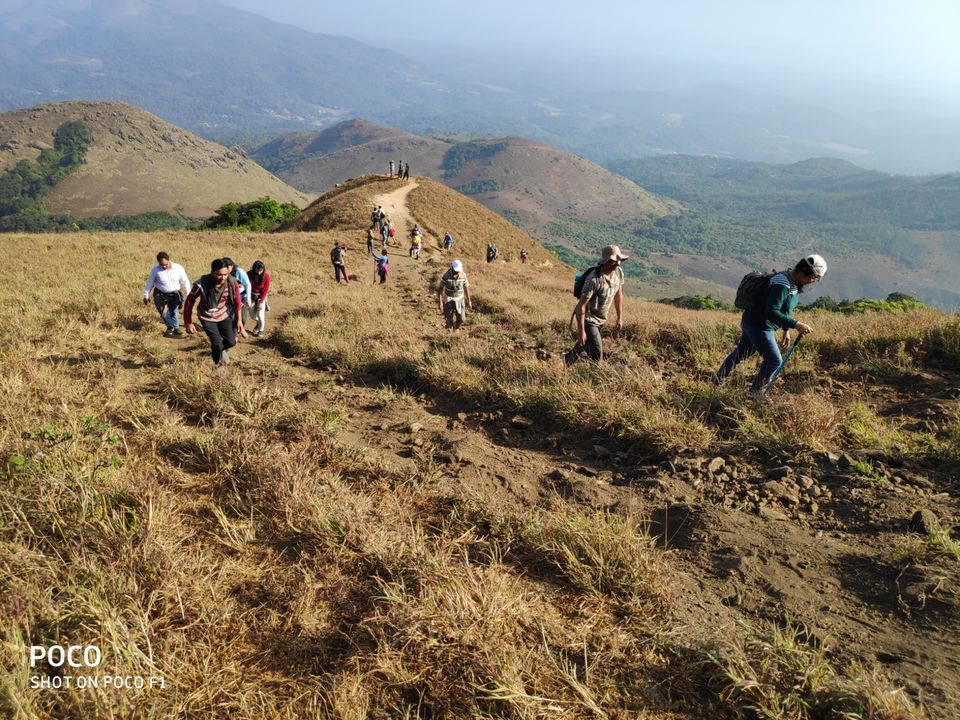 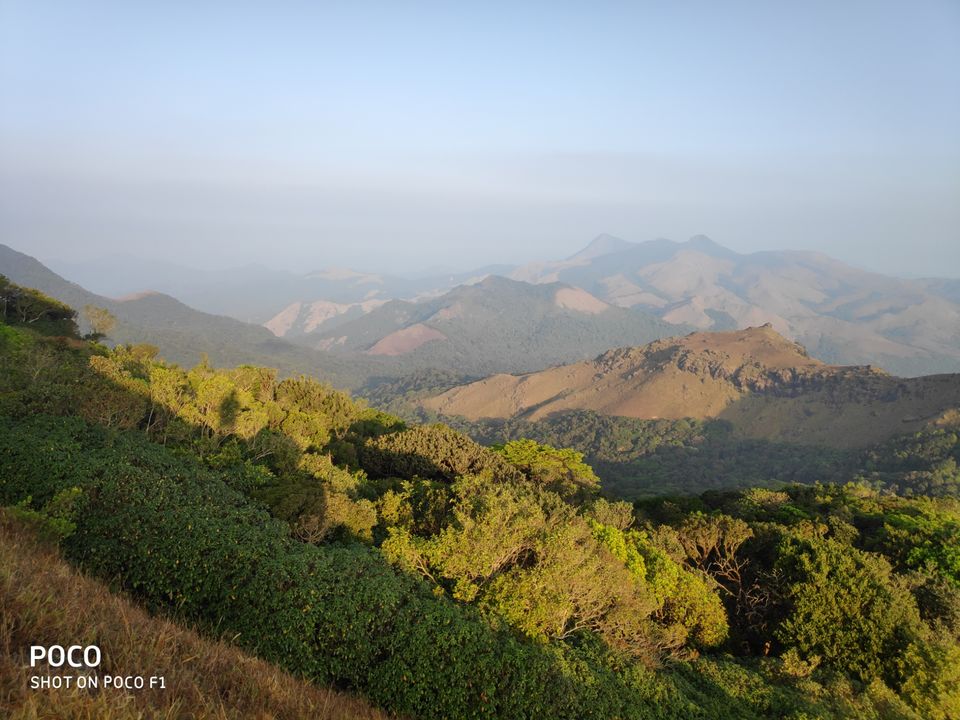 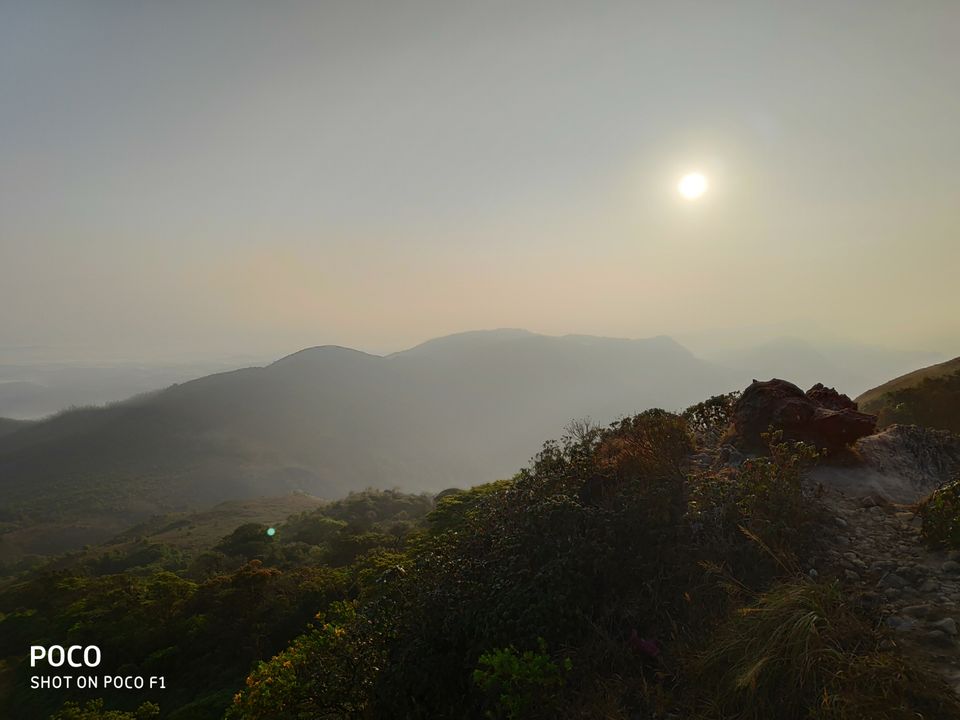 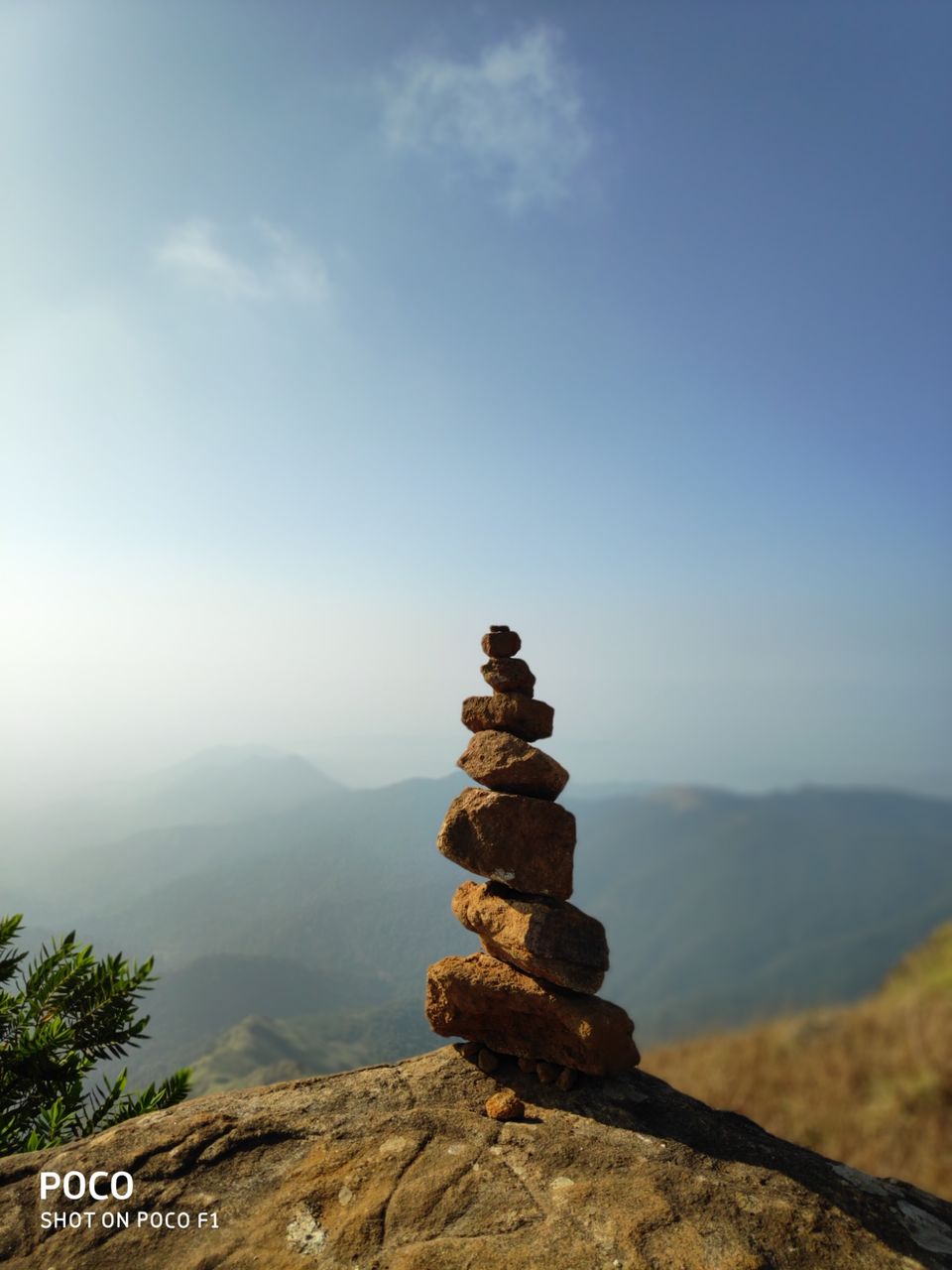 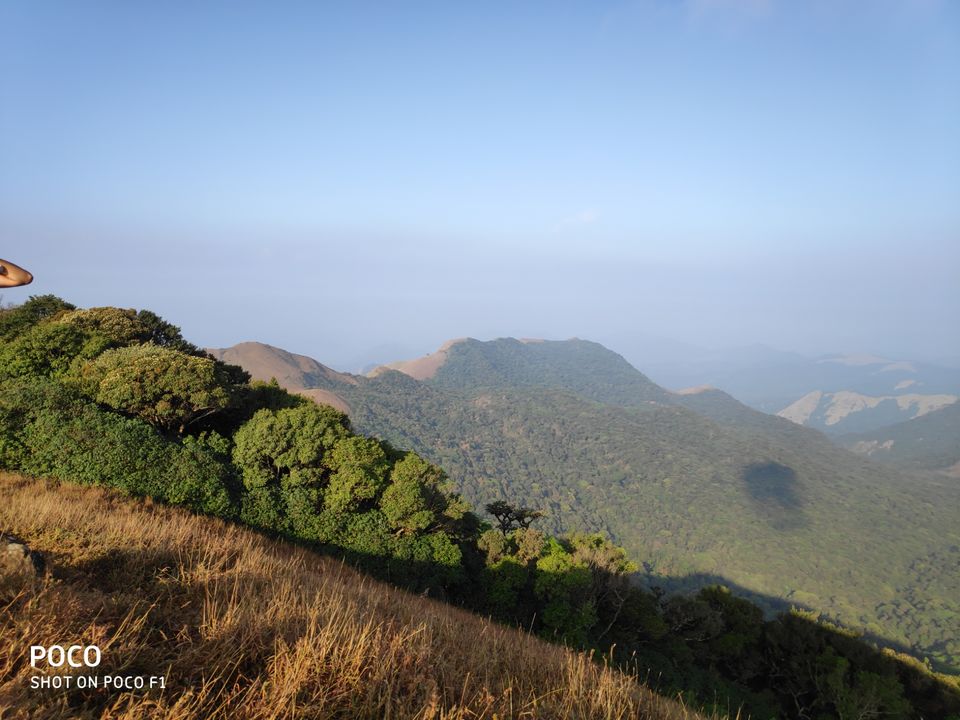 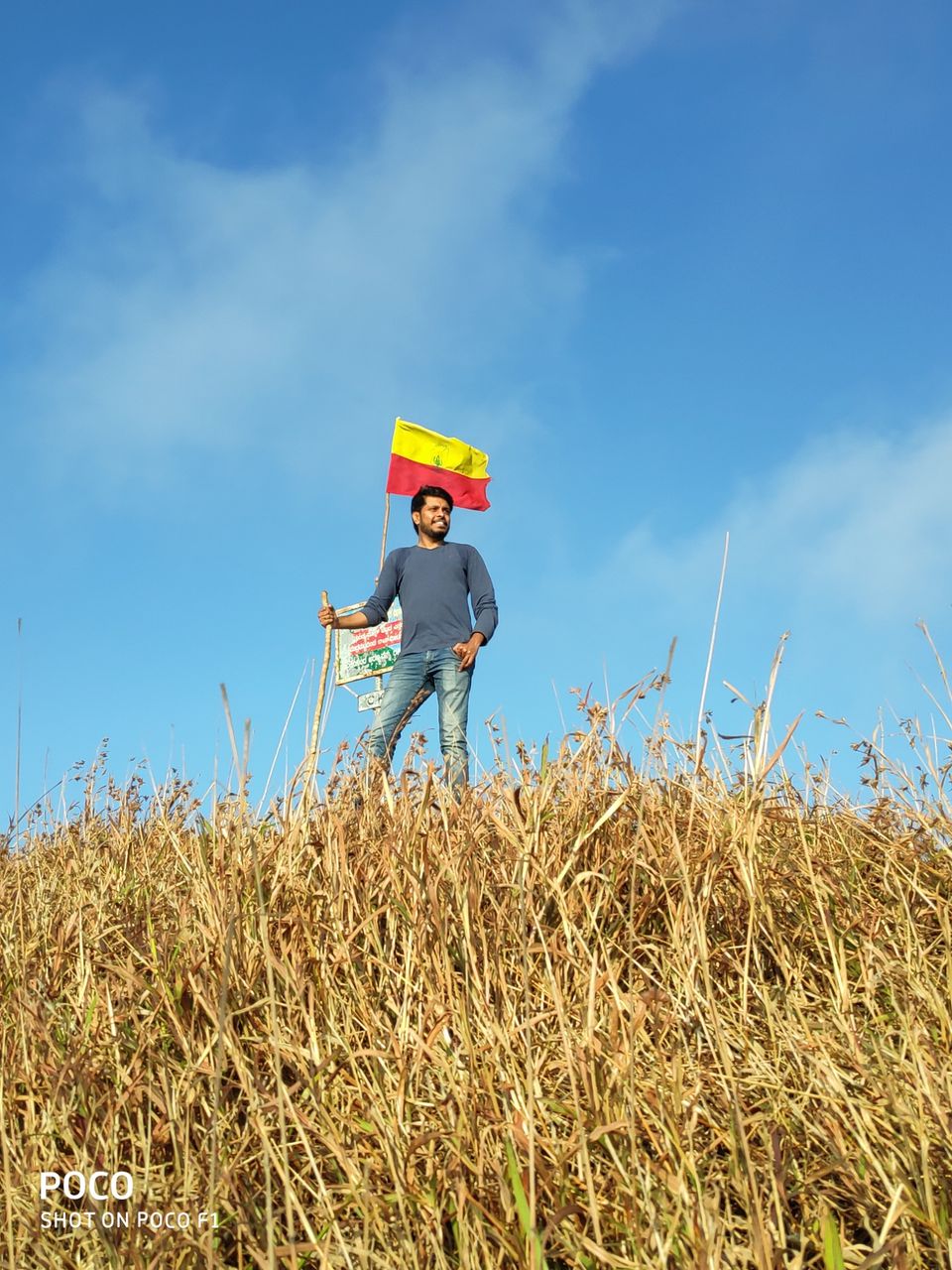 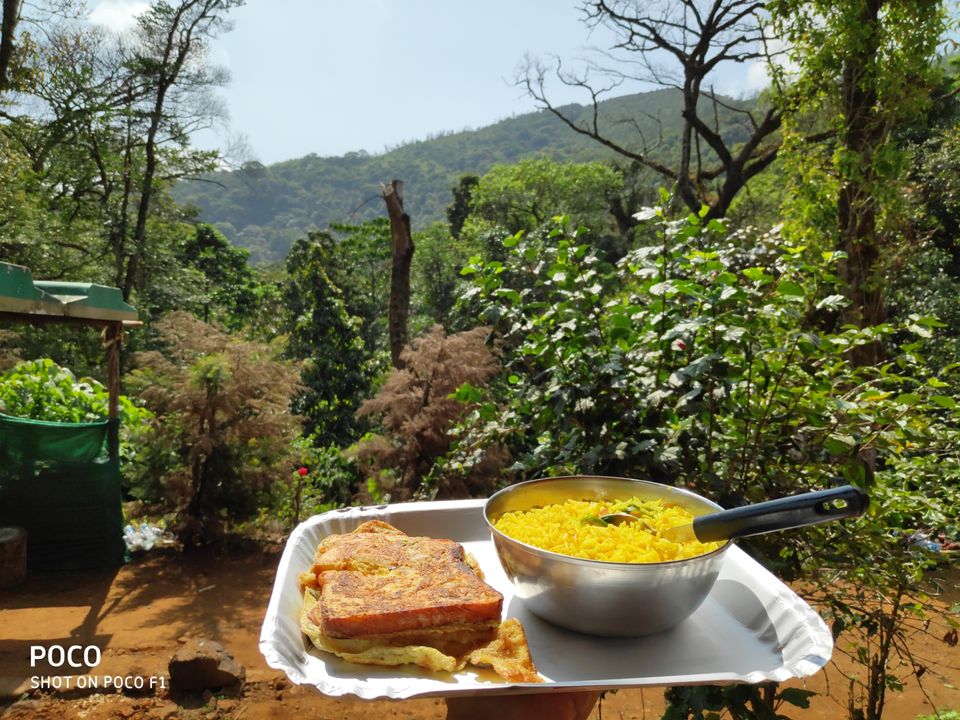